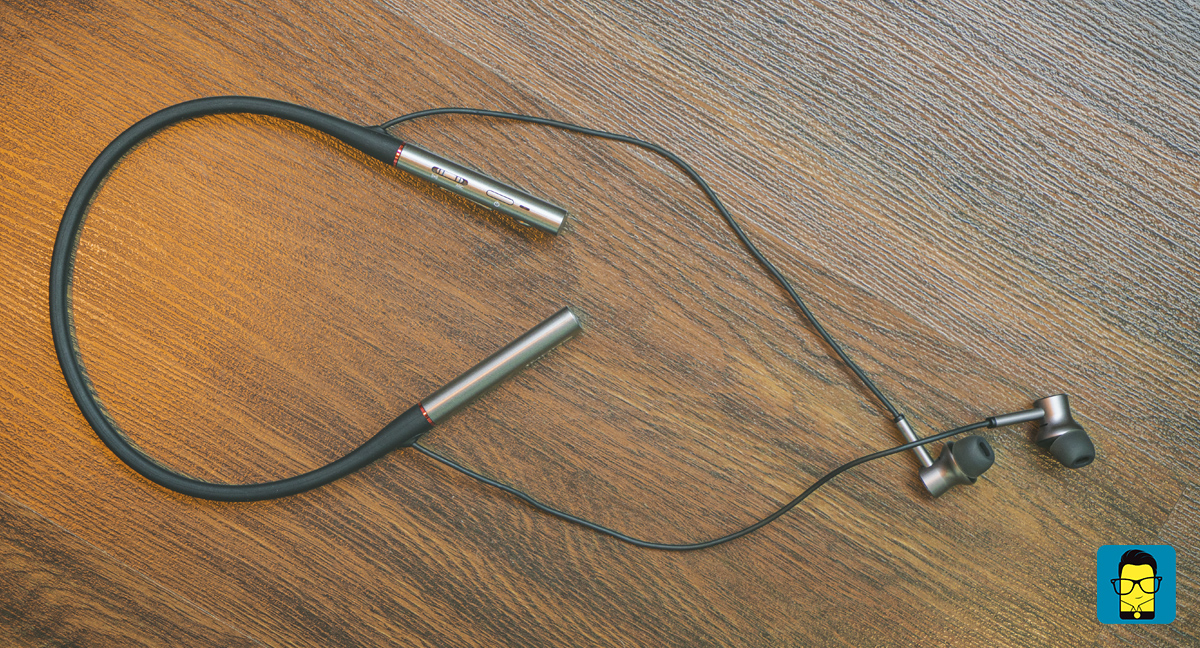 Wireless headphones with active NC are all the rage in the market. However, neckband-style wireless in-ears with active NC are not very easy to find because there are not many options, to begin with. I can immediately only think of the Bose QC30 and that thing costs north of Rs 25,000, even after 3 years of its launch. And therefore, when 1MORE sent across its latest pair of wireless earphones, I was keen on testing it out.

Why? Primarily because the 1MORE Dual Driver BT ANC has a sticker price of Rs 14,999 and it is currently available for Rs 9,999 during Amazon’s Prime Day Sale. At the discounted price, these look like a great deal even before I begin the review. Furthermore, these IEMs have dual drivers and 1MORE’s sound tuning has always been great. Therefore, I am expecting a good sound signature as well.

Alright then, I am Ershad from Mr. Phone and let’s get down to our review of the 1MORE Dual Driver BT ANC. 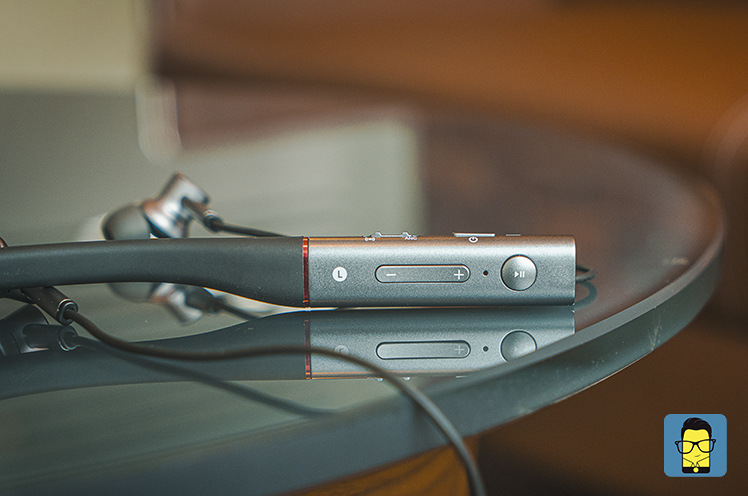 Firstly, let’s shorten the name so that you don’t get old by the time I finish the review. Let’s just call it 1MORE ANC earphones. Coming to the design first, these wireless earphones are very similar to the 1MORE Triple Driver BT I’d reviewed earlier. You get a silicon neckband with metal housings at the ends. This silicon neckband is flexible and you can fold it up to slide it into the carry bag.

The thin wires connecting the earphones are separately attached to the neckband itself. The earphones can attach to each other thanks to the magnets on the rear. I like the length of the cable as it doesn’t dangle too much and I can easily wear it inside my shirt as well. The magnetic clasp helps in keeping it still.

As for the control, on the top of the metal housing, you get the power button, LED indicator, and the ANC slider. Push up once to switch on ANC and push it once again to switch it off. Push it back for the “Active Voice enhancement” which boosts the levels of the people talking around you. It works pretty well. The volume rocker and the play/pause button are placed on the inside part of the metal housing. 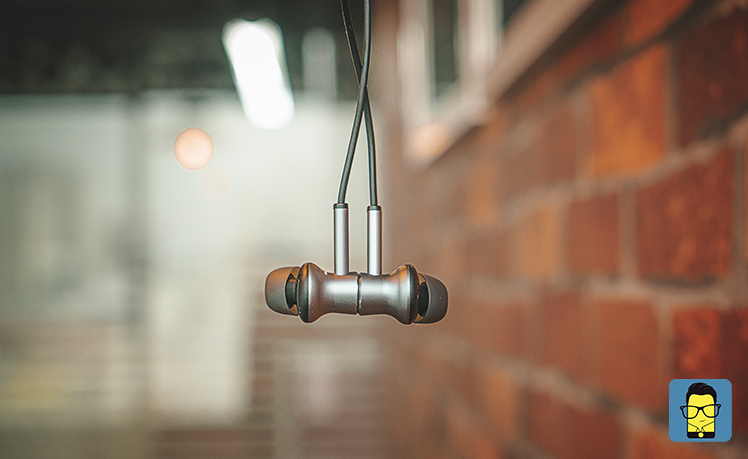 The earphones have an extended angular tube that goes inside your ear canal. Now, this tube is oval in shape instead of round. Which means that aftermarket tips might not fit. That’s just a minor concern, though. By the way, the package is replete with extra tips, an airplane adapter, a charging cable, and a type-c to 3.5mm wired cable. However, comply foam tips are conspicuously absent and that is a little unfortunate. What you are watching now is a quick unboxing of the same.

All in all the design feels familiar and these earphones are comfortable to wear for long periods of time. My only concern is that the earphones protrude out of the ears slightly and therefore you cannot wear it inside a helmet while riding.

Since ANC is the USP of these earphones, I have a few thoughts on the quality of the noise-cancelling tech. The ANC on these earphones are the feedforward kind where the mic on the outside of the earphones — yes, the 1MORE ANC is technically open-back but the mic is only listening for external sounds — sends the environment noise to the ANC unit. This ANC unit then creates anti-noise or an inverted sound frequency to do noise cancelling. Basically, this tech is old and there is newer ANC tech that is expensive to make. 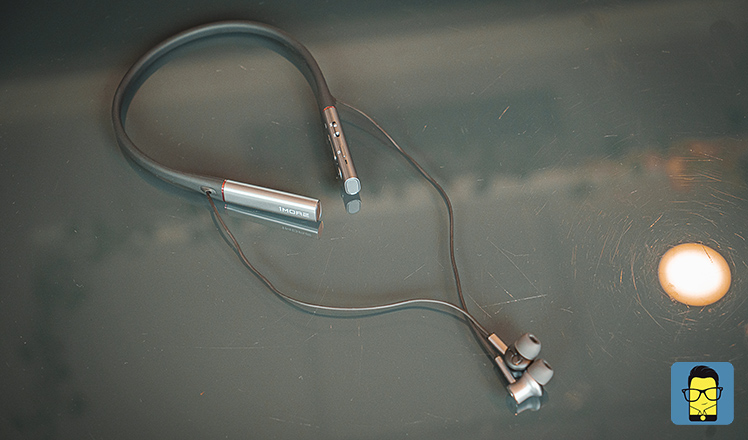 One of the things I noticed during my testing is that the ANC didn’t create a vacuum in my head like most headphones do. This in itself was a major advantage for me. Now, the ANC is not very powerful, and I used it in the streets and in my office. With the feed forward kind of NC, it doesn’t cancel out human voices and stuff so I could hear my colleagues clearly. Essentially, if it is not a constant hum, like that of a loud air conditioner or an auto rickshaw zooming past me, the ANC will not work on an inconsistent frequency spectrum of sounds. Regardless, the ANC was pretty good for the price and I am pleasantly surprised. 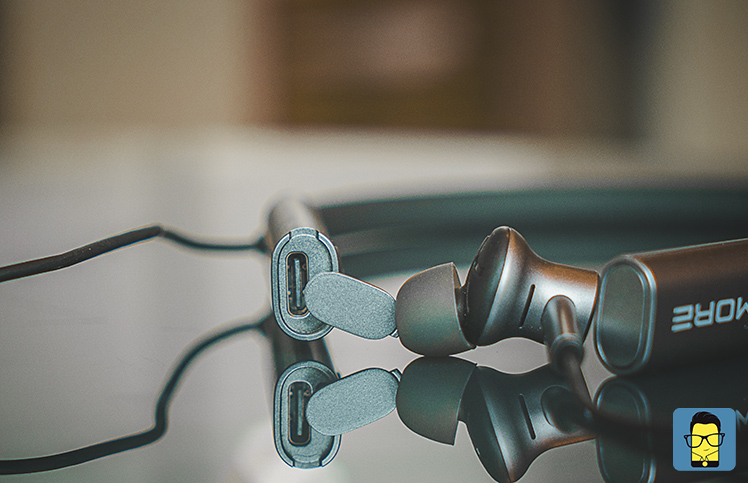 However, the problem with feed forward ANC is that sound quality takes a hit, especially in the high frequencies. To negate this, 1MORE has actually added two  drivers each in each housing. Apart from the dynamic driver, you have a balanced armature driver. This driver bypasses the ANC unit to send high frequency sounds directly to your ears. This is smart engineering. But, the quality of the high frequency sounds are not as good as I’ve come to expect from 1MORE products. The roll off in the treble is evident but what I like about the whole sound signature is that 1MORE has focussed on clarity and reduced the distortion a lot.

The mid-bass especially sounds tight and heavy. I loved listening to the new AWOLNATION by Sail because the bunch in the beat was excellently reproduced by the 1MORE ANC. The mids are excellent too but there are certain spikes in the upper midrange that was pretty annoying if you have sensitive ears. Imaging is not the strong suit of these earphones but the soundstanging and the stereo separation were excellent. The 1MORE ANC earphones have likable sound signature with a few flaws that could’ve been avoided. Note that I am talking about the wireless sound only. I’d have ideally liked if 1MORE supported aptX codec but you’ll have to make do with SBC or AAC instead. 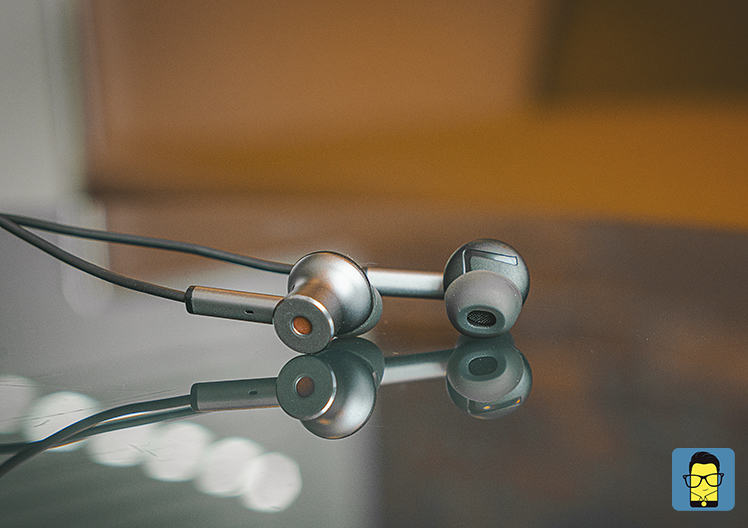 You can also connect the 3.5mm cable for better quality wired audio. I find it awkward to connect these earphones using a 3.5mm cable because the whole setup feels weird. Also, there’s rarely any reason for you to actually use it in wired mode — except for an emergency situation where the battery dies. Otherwise, even the battery life of 7 hours with ANC on is pretty great IMO.

By the way, I also played PUBG to analyse if there is any audio lag while gaming and there was none. The audio feedback when I fired the M416 or the KAR98K in 4v4 mode was just really good and up there with the best wired in-ear monitors. Also, the sound quality through the microphone was great. I think the ENC with the mic just springs into action during calls. 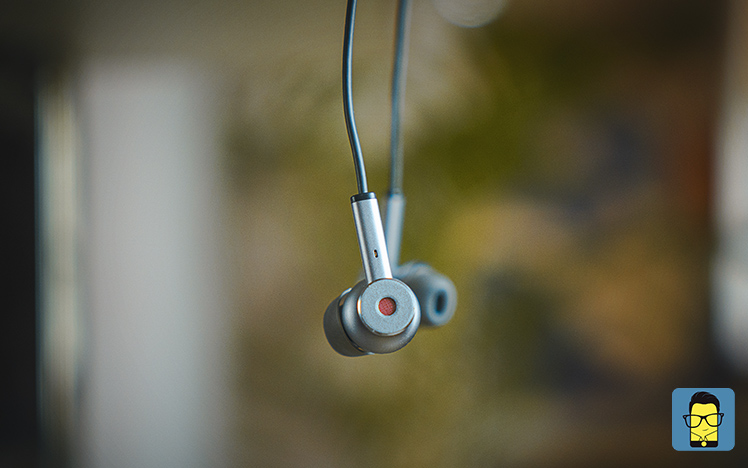 Should you buy the 1MORE Dual Driver BT ANC?

So, the 1MORE Dual Driver BT ANC is a very good option at even the sticker price of Rs 14,999. For 9,999, if you are in the market for a pair of wireless ANC in-ears, these will definitely serve the purpose. I know that niche might be small but the 1MORE ANC earphones are actually good. You get good ANC and these have a likable sound signature as well.

Hope you liked our review, see you in the next one.