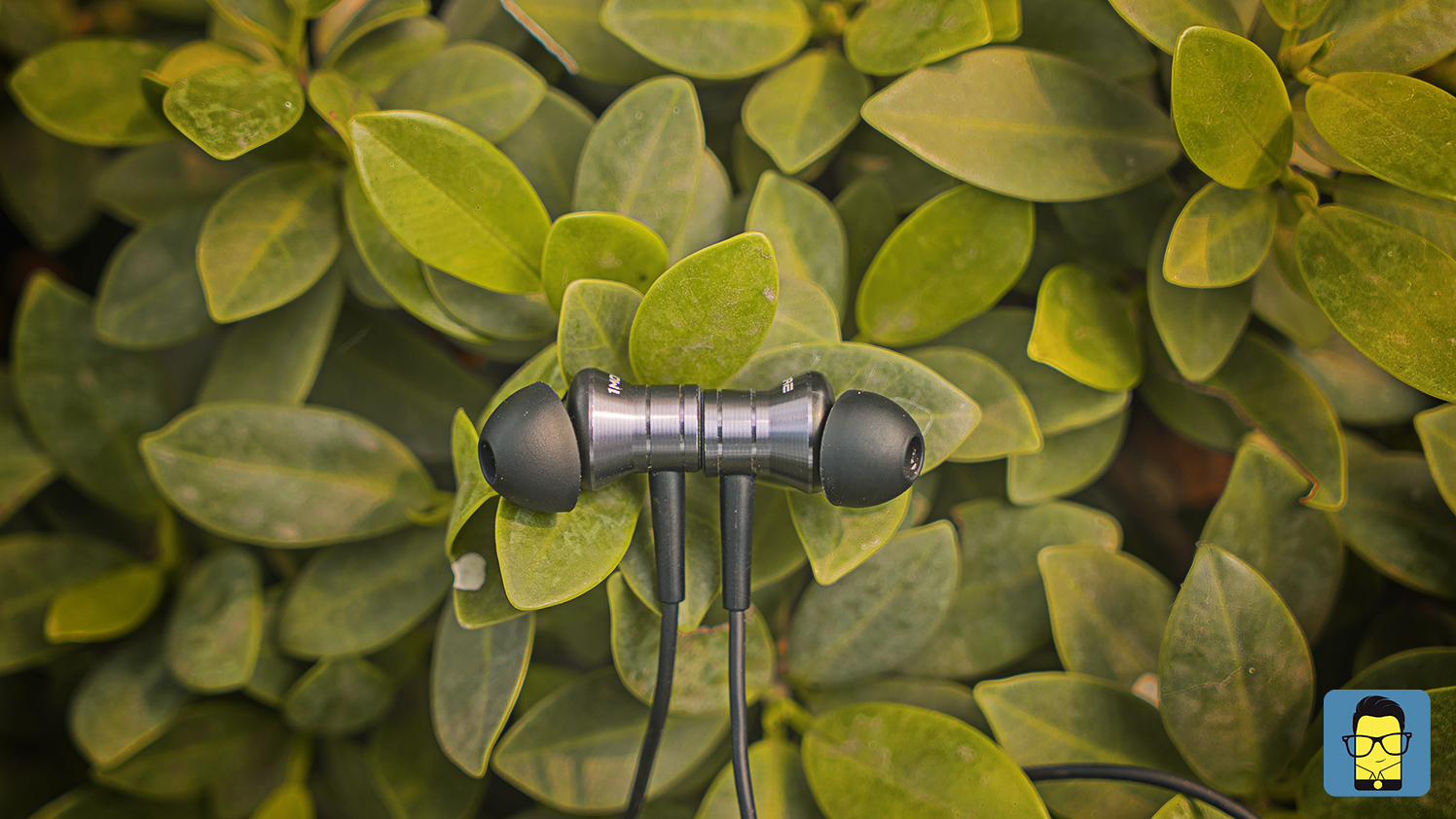 It’s safe to say that 3.5mm headphone jacks are a thing of the past. While Type-C earphones haven’t quite taken over yet, you have a plethora of options to choose from in the wireless category. You can choose between wireless headphones, wireless earphones, neckbands, and even truly wireless earphones. Personally, I prefer the neckband style, since they usually offer the best battery backup. And that’s where the 1MORE Piston Fit Bluetooth earphones come in. Originally launched for Rs. 3,999, the headphones are available for just Rs. 2,999, which makes them excellent value for money consider the features that it offers. But are they the best Bluetooth earphones out there in its category? Let’s find out, as I review the 1MORE Piston Fit Bluetooth earphones, Mr. Phone style.

I’ve come to expect some great pieces of engineering from 1MORE ever since I’ve known about them. All the reviews at Mr. Phone about 1MORE have talked about how great the 1MORE headphones and earphones are and how good they feel. I wish that I could say the same for the Piston Fit. That’s not to say that these are badly built earphones, it just lacks that premium touch that 1MORE is known for. 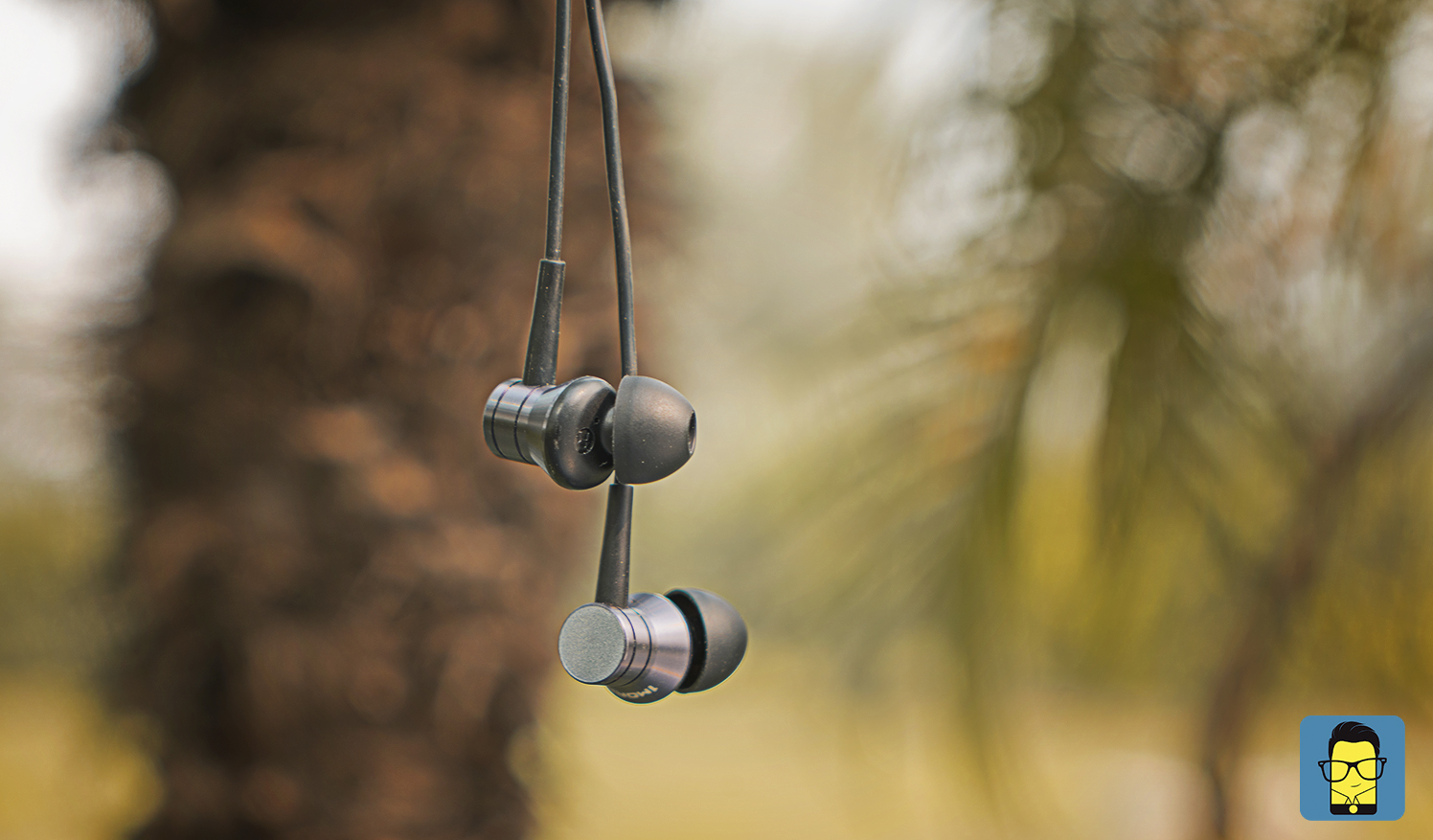 The earphones, as mentioned previously, come with a neckband, that is rather flimsy. I get that it is made for a more sporty finish, but it just feels too flimsy. The buttons on the controller on the right side are quite soft, and I would have preferred a more tactile feedback. The length of the neckband is fine, but that’s hardly a complaint on any pair of wireless earphones, to be honest. There’s also a magnetic connection between the two buds, though it doesn’t do anything other than to help with cable management. Apparently, it isn’t as strong, and for the most part, I had to actually align both the buds properly for the magnetic connection to lock-in. 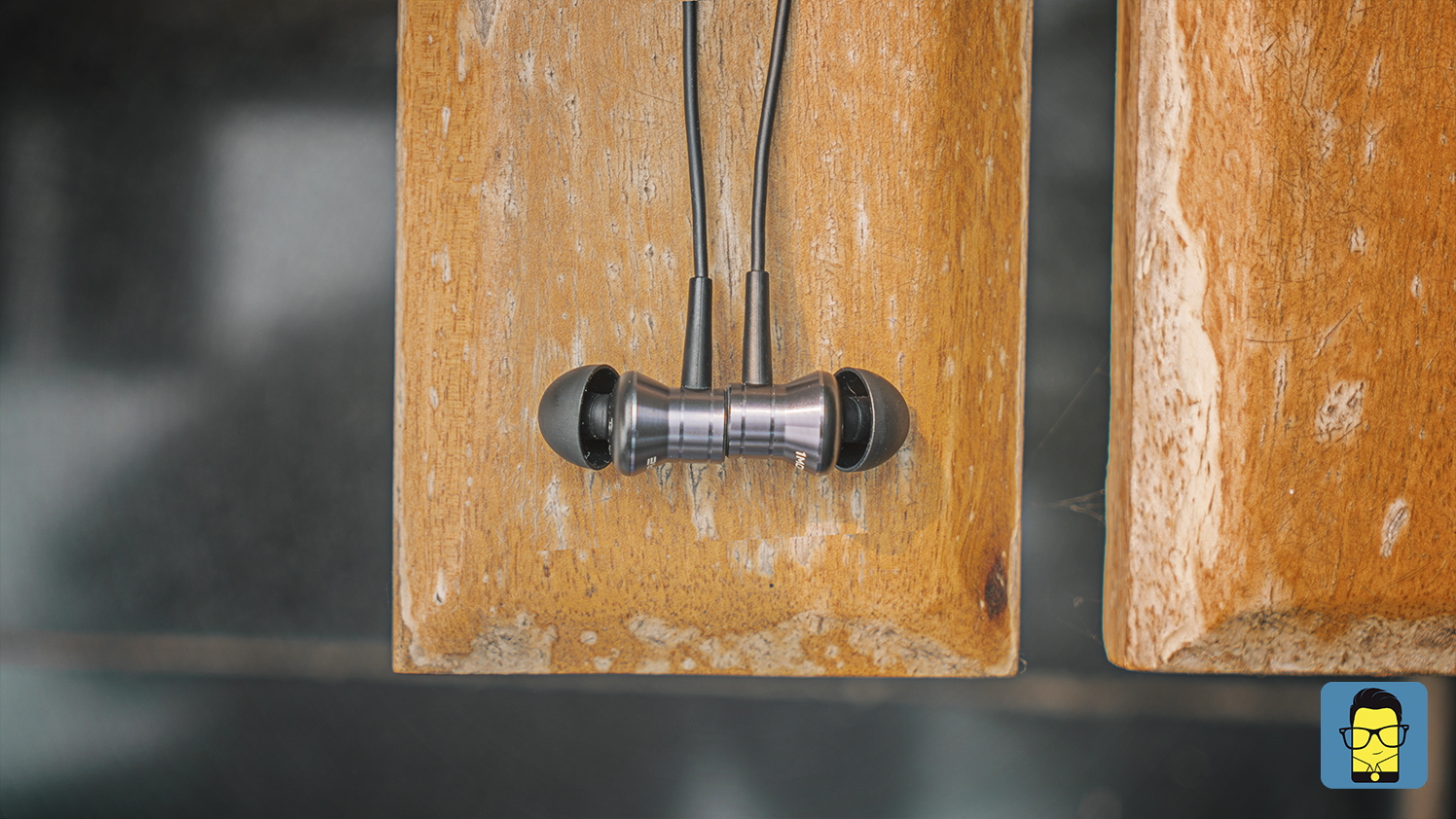 One thing that’s worth highlighting is that the earphones are IPX4 which means that they are water-resistant and ensure long-lasting resilience. Basically, the rating means that the product is protected from “splashing water, no matter the direction”. That just so happened to be the case, ‘coz there was this one time that I had to rush from my office to my car parking under heavy rain, and I forgot I had the 1MORE Piston Fit on. 2 weeks later, here I am, writing this review having used them rigorously without having faced any issues.

Since we’re on the topic of the magnetic connection, let’s get this out first. The fact that 1MORE Piston doesn’t feature the automatic Play/Pause feature like the OnePlus Bullets really feels like a missed opportunity. In day to day usage, I found myself wasting the battery of this pair of earphones, ‘coz even when magnetically closed, the music continued to play on. Thankfully, the battery life on this thing is pretty good, something which I will be addressing later on in this review.

I have a pretty normal pair of ears and the pre-configured buds managed to fit in my ears quite perfectly. I’ve used the Piston Fit earphones quite extensively actually – while sitting idle and while running, and the buds never fell off, which is a great thing. The controls, despite the lackluster feedback, are actually well placed and are quite responsive too. 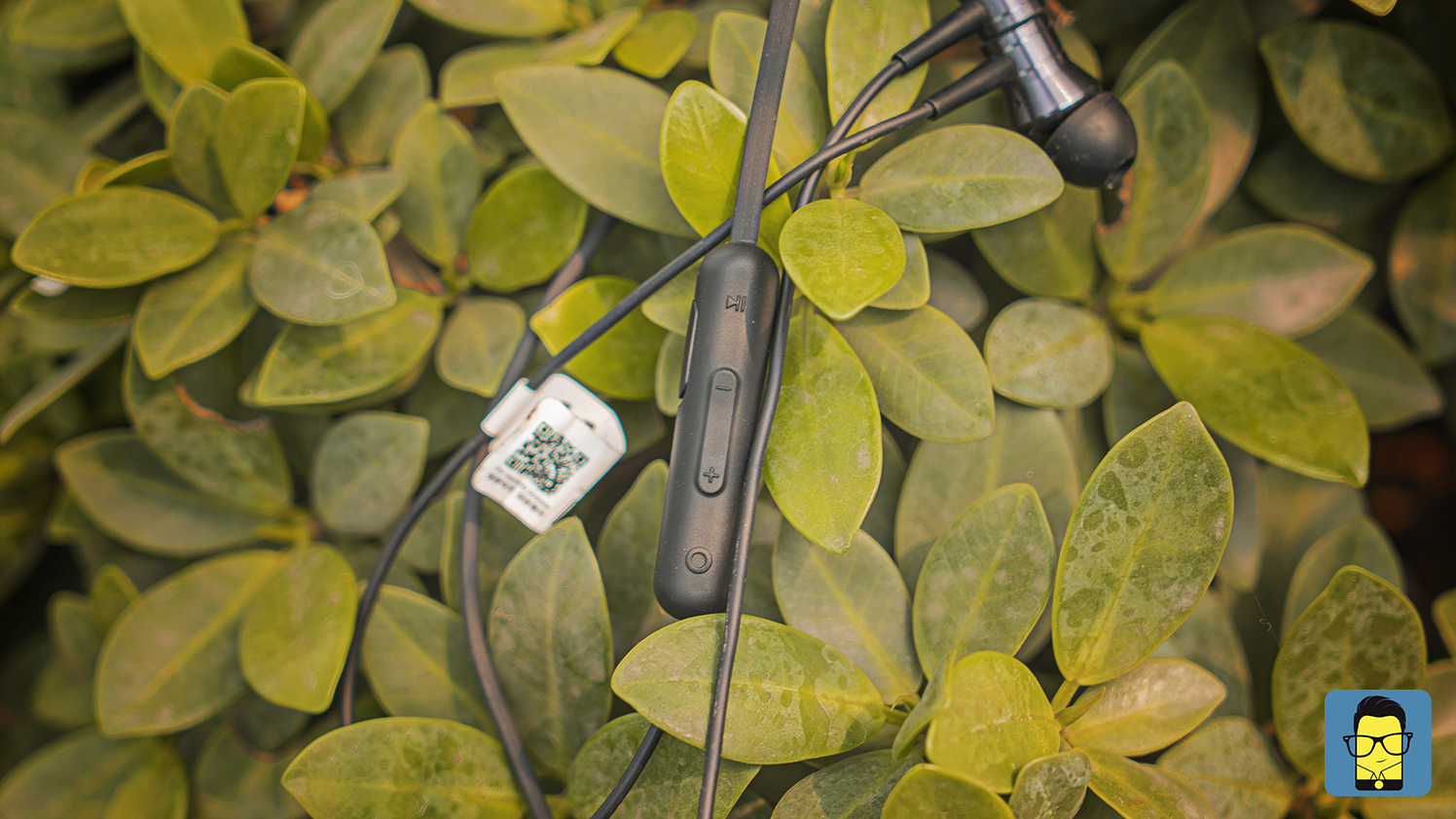 I do rely on my BlueTooth earphones to attend to calls as well, which is another reason why I prefer neckband solutions since the mic is closer to you. This directly makes you more audible to the other party. The mic on the 1MORE Piston Fit is located on the left side and does manage to capture my voice well while canceling out the background noise effectively.

The audio performance of the 1MORE Piston Fit is absolutely amazing, and that is just what I had expected from these earphones. I am more of a bass-lover, but let’s talk about the performance of the earphones in each and every aspect. For starters, I tested Hyperreal by Flume on these, which is a song that combines plenty of layers of tunes into a single track. The earphones do a great job of splitting the effects and giving them their own individual space, that allows you to experience the song in its full glory. You can actually feel the transitions between each and every layer of the background score, which really improves the experience. 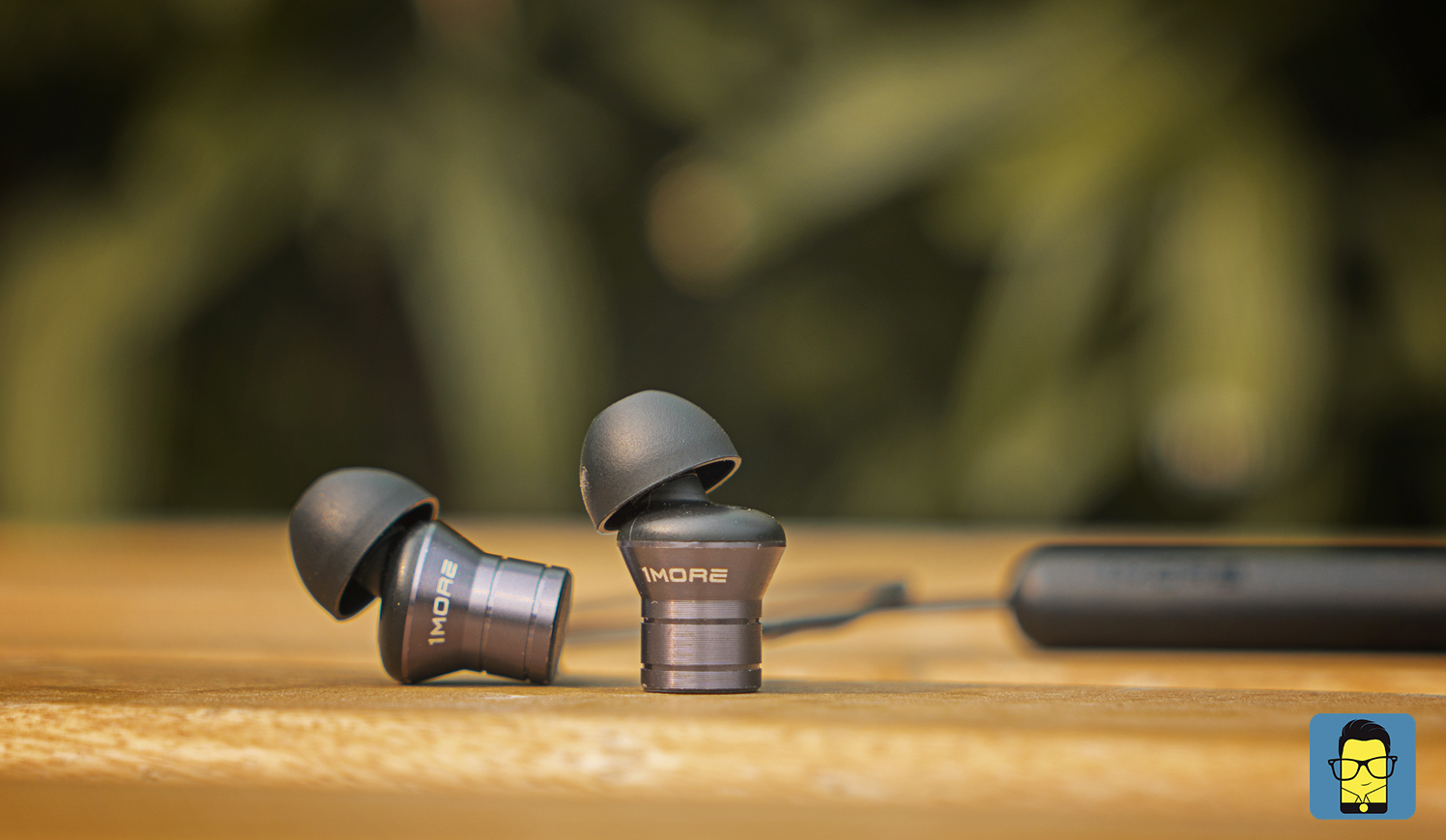 Next up, in a track like Hopeless Romantic by Wiz Khalifa, the earphones do proper justice to soft-bass in the background while emphasizing on the vocals. You can also actually feel the beats in between, which is great. But what’s best about this the balance between the levels. You see, there’s an attention to detail on each and every level of the track, and you get a natural sound delivered to your eardrums. If you’re a fan of slow music, Sleep by Cigarettes After Sex is a great song to listen to. With the 1MORE Piston Fit on, you actually feel the focus on the treble while grooving to the soft drums and harp in the background. Once again, the levels are very neatly done, and while you can fine-tune the settings using an EQ, the stock tuning of the earphones sounds great in almost all cases.

Lastly, let’s talk about bass. In a track like Sunflower by Post Malone, you can actually feel the soft-bass, and that’s great. It feels really well done, and the balance between the tuned vocals and the beats is quite soothing. However, this is when the track features soft bass only. On a track like The Middle by Zedd, you can feel the earphones being pushed to the limit, but the heavy bass is clearly missing. The story carries forward and is clearly highlighted in Stonecold by machineheart. While the treble is handled very well, the bass here doesn’t feel to be that strong. I’d like to say that in most cases you get the natural bass, which is good, but I do wish that there was some fine-tuning over the heavy-bass parts to give a complete experience all around.

Coming to the battery life, while this thing doesn’t stop even after that magnetic touch, for most users it wouldn’t be an issue. My typical day usage of these earphones comprises listening to songs for about 3-4 hours at work while drafting stories, attending a couple of calls, working out to Skrillex and Gryffin in the evening for an hour, and then finally listening to my Spotify playlist while going to bed. And you know what? Most of the time, I don’t even turn off the earphones. In such a use case, the 130mAh battery in here manages to easily last through my entire day. The company claims a battery backup of about 8 hours, and in my testing, the result was pretty close to that. 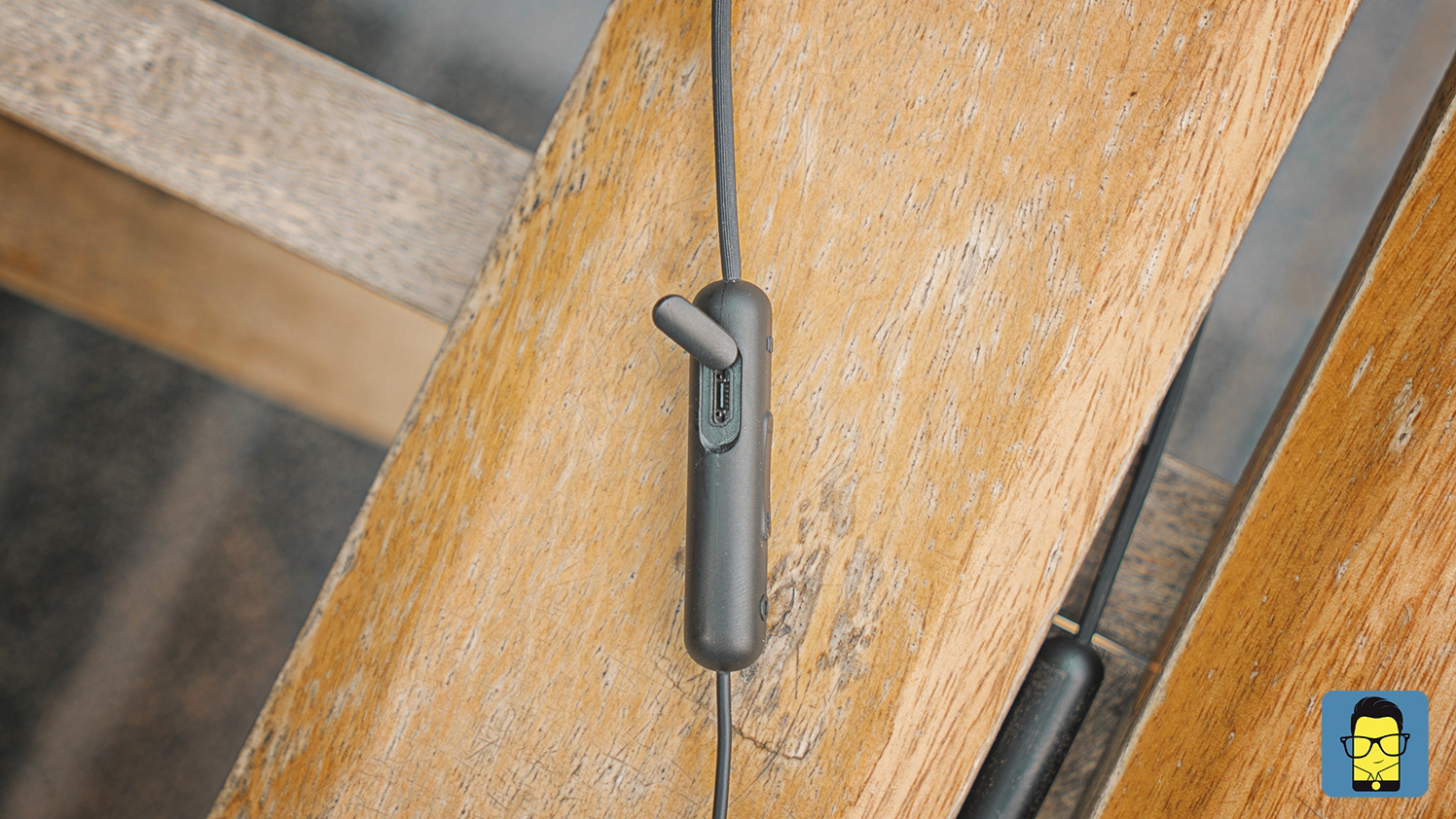 Now, there are times when I’m not using my earphones and I wish to top them up a bit, which always turns out to be a hassle. You see, the 1MORE Piston Fit, despite all its greatness, has another design flaw, which is that it still comes with a micro-USB cable. It’s 2019, and almost all the consumers, including me, have moved on to USB Type-C. You know, if I had a micro-USB cable that came with my phone, there’s a high chance that my phone had a 3.5mm headphone jack too. Just saying. Oh, and even opening the lid over it is a hassle, and I’ve had to actually use SIM ejector tools to pop it open at times. Thankfully, the earphones take a little over an hour to fully juice up, so there have hardly been any moments in my use case so far where I’ve run out of charge.

Should you buy the 1MORE Piston Fit Bluetooth Earphones?

Long story short, despite its flaws, the 1MORE Piston Fit remains my daily driver, and I use them extensively every day. Yes, I do wish the magnetic touch did a bit more, and the build quality, despite how it feels, is something you can let go for that authentic sound signature. Do focus on the words used here, because if you’re someone who wants earphones that offer that punchy bass or out of this world noise cancellation, these aren’t for you. The 1MORE Piston Fit is built for those who value audio quality over everything else, and if you’re one of those, you should definitely get yourself a pair.