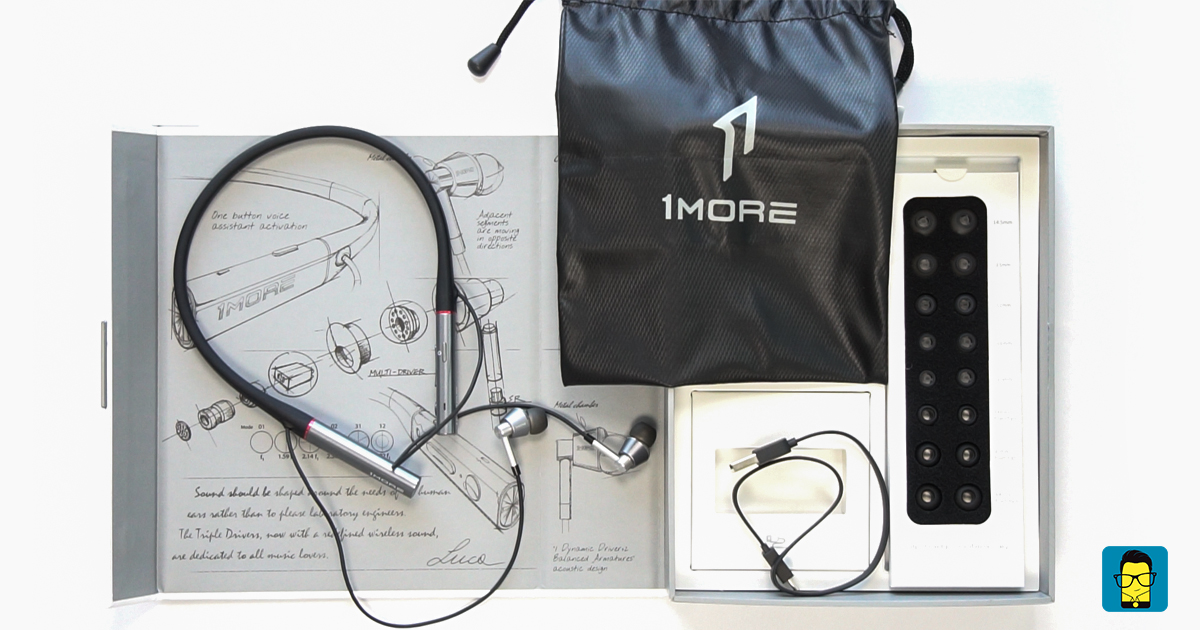 Fun fact: I’ve been using a pair of the 1MORE Triple Driver IEMs (in-ear monitors) as my daily earphones for around two years now. I swear by these IEMs because of the incredibly good musicality on offer. Yes, audiophiles who like a flat sound signature abhor the bloated bass. But trust me, I like how sweet it sounds. Which is why, when 1MORE announced a pair of BT earphones I was super intrigued. Because Triple Driver BT headphones are a rare commodity, you see. 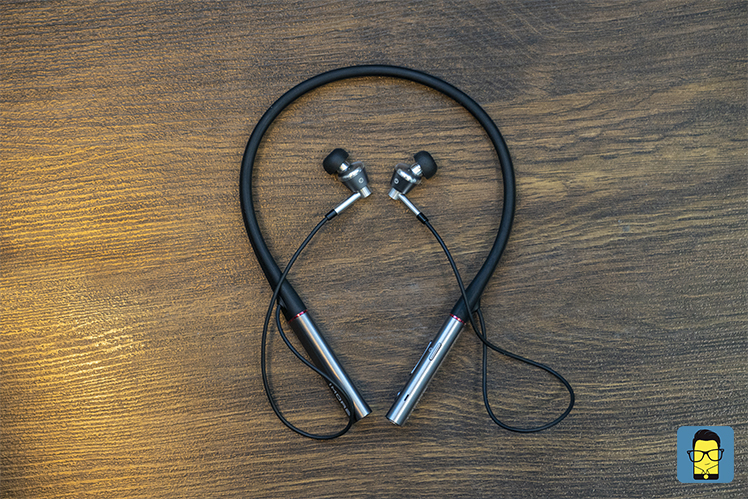 I have been lucky enough to test drive a pair of the BT edition of the 1More Triple Driver for some time now and it has been one fun ride.

I have to hand it to 1MORE for making some stunning packaging. Here’s a picture of the box.

Isn’t that a beautiful box of contents? 1MORE has literally packed in more tips than you could’ve possibly asked for. Anyway, I had no trouble finding the right tip for my ears. But note this, the foam tips definitely offer a tighter, more fuller bass response.

The Triple Driver BT has a neckband design that is similar to the RHA MA750 Wireless (review). The 1MORE’s neckband is made from a combination of a soft silicone material that culminates at two plastic strips, which look deceivingly like metal because of the coating. The wires connecting the earphones – which are incidentally made of metal – are fairly thick and sturdy. And unlike the RHA MA750 Wireless, the Triple Driver BT’s wires are of the perfect length.

However, unlike the MA750 Wireless, the earphones do not have a magnetic clasp. So they keep dangling. That said, the Triple Driver BT feels more comfortable to wear. In fact, I actually forgot that they were on my neck after a 2-hour listening session. It does a good disappearing act thanks to its low weight. Moreover, the soft silicon cable can be twisted into and out of shape with ease. 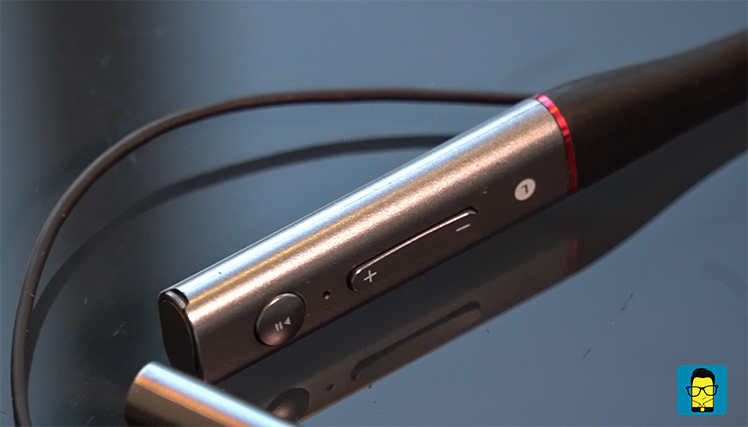 Moving on to the controls, they are on the left side of the band. The power button and the LED indicator light are placed on the top portion of the plastic strip. The Play button and the volume rocker are on the inset. These buttons are easy to access and use, with decent tactile feedback as well. It will become second nature once you start using it. I am super glad that 1MORE has decided to add a USB Type-C port for charging the earphones. Adding this port enables fast charging. 1MORE claims that the Triple Driver BT can give you 7 hours of playback on 1 hour of charge or 2 hours of use with only 10 minutes of charge time. Not too far fetched.

Since we have raised the topic of the battery, I have to say this – the most disappointing feature about these IEMs is its battery life. I got only around 5 hours of battery life on a single full charge. But note this, I used the earphones in LDAC setting optimised for the optimum audio quality by tweaking the developer settings on my Pixel 3 XL.

This means that I have been streaming audio at 990kb/s for the duration of my review. The battery life does improve slightly if you don’t push it to the limits of LDAC but the difference is negligible. In comparison, the RHA MA750 Wireless can easily give you at least 11 hours of usage.

If I am allowed to presume, I think the low battery life has something to do with the fact that there are three drivers to power. Plus, I have to say this, mine was a production unit and 1More has confirmed that it will fix the battery life in the final retail variant. 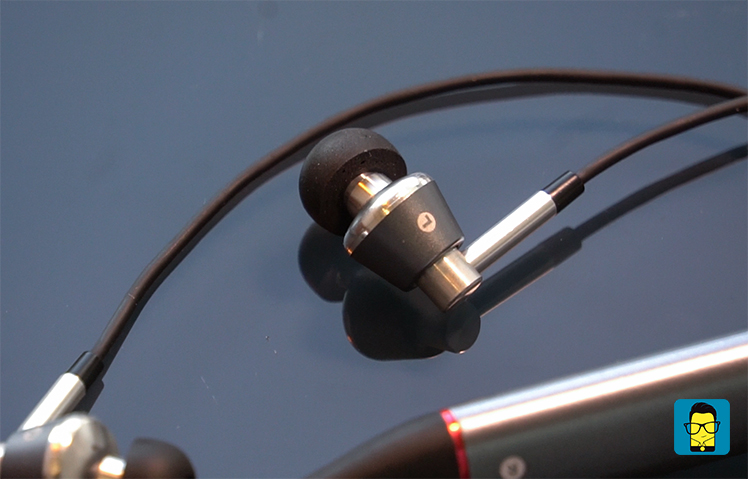 As for the rest of the specs, the 1More Triple Driver BT runs on Bluetooth v4.2 and has an impedance of 32ohms. The Triple Driver BT can ideally go without breaking BT connection for up to 35ft as long as it is uninterrupted by walls. I found the connection to fairly rock solid with a few audio drops when the phone was placed inside the pocket of a tight-fitting pair of jeans.

Just FYI, unlike what the box says, this version of the 1More Triple Driver BT doesn’t support Voice Assistants. Also, I would’ve ideally liked some sort of IP protection or water resistance but 1MORE doesn’t offer it. So, if you are a gym freak looking for something that is sweat resistant, you might have to look elsewhere.

Before I talk about the sound signature, let me talk a little bit about the driver arrangement inside the earphones. Essentially, the 1More Triple Driver BT — like its name suggests – comes with three drivers inside each housing. There are two Balanced Armature drivers that push the mids and the trebles. And, a single dynamic driver for the bass response. No one driver is loaded with the responsibility of serving all the frequencies. This enables for more detail and clarity, at least on paper.

For the purpose of testing, I used the Triple Driver BT with my Cayin N3 portable DAP, the Mate 20 Pro, and the Pixel 3 XL in LDAC streaming quality. I’d suggest you use the 1More Android app to burn in the Triple Driver BT. It actually opens up the drivers and makes the earphones more mature-sounding. 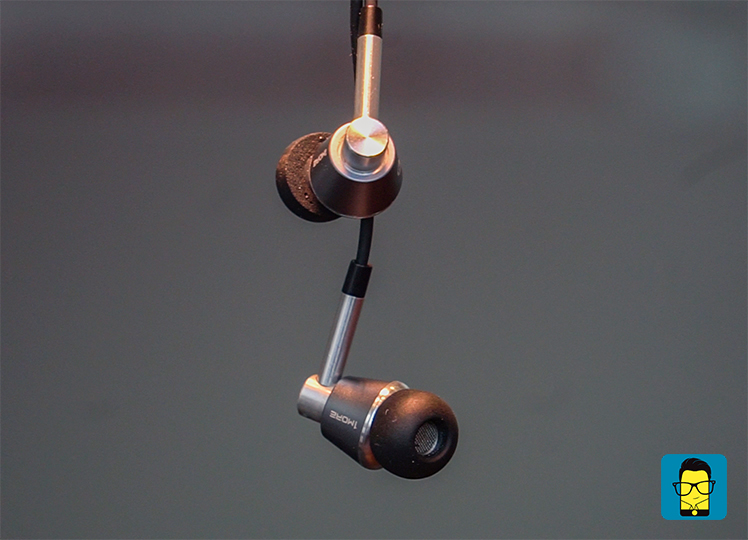 As for the sound signature, I am glad that 1MORE has managed to come close to bring out the essence of the wired sound in a wireless format. It is not easy to reproduce the quality of the analogue sound in a wireless format, you know. The 1MORE Triple Driver BT sounds very musical, similar to its wired sibling. There are a few tweaks to the signature, though. For example, it has a slightly tighter bass response. The sub-bass vibrations in Mura Masa’s Messy Love sound clean and distortion-free.

But the mid-bass attack that is present in songs like AWOLNATION by Sail and Acid Rain by Lorn are far more accurately and tightly reproduced on something like that V-Moda Forza Metallo Wireless. You also don’t get the big bass sound on the Triple Driver BT, that a lot of folks seem to prefer. I like the amount of bass on offer here actually but a bit more attack would’ve been nice.

The performance of the Triple Driver BT in the mid frequencies, it is nothing earth-shattering. The earphones offer a very functional mid-response that doesn’t go beyond what it has to do. For example, in Benjamin Clementine’s Nemesis, I’d have ideally liked some more punch and weight in his voice. The MA750 does a better job in this regard. 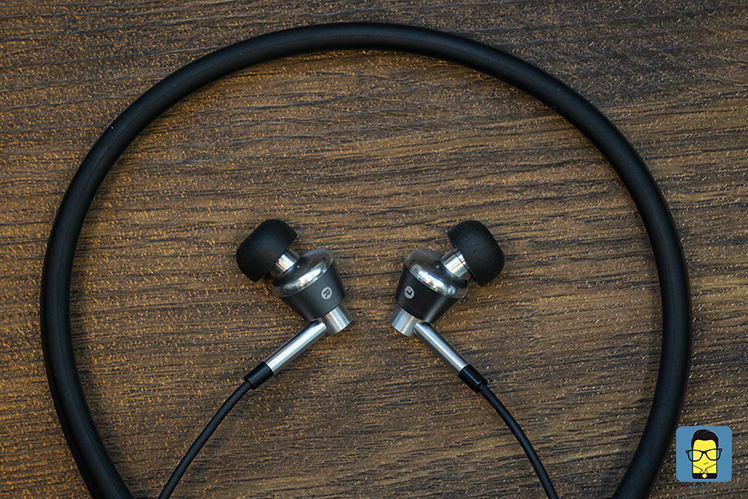 One of the areas where the Triple Driver BT holds itself well is in the treble response. I didn’t hear any roll off, and the top end of the frequency range in Lose Your Love by Joe Goddard sounded sharp and clear. Never shrill, never annoying.

The reason why I think the Triple Driver BT stands out is its detail and clarity. You can hear all the instruments clearly with very little muddling. In the penultimate section of Do I Wanna Know by Arctic Monkeys, the Triple Driver BT completely surprised me with its exemplary imaging. In this section, a multitude of instruments crowds the space which actually makes some cheaper portable audio equipment produce a very muddled soundscape.

To add to the quality of imaging is the timbre of the sound reproduced by the Triple Driver BT. The IEMs create an adequate shimmer in the hi-hat sounds especially in a song like Swingtown by the Steve Miller Band. And the pluck of a guitar or the slap of a bass drum sounds great too. On the other hand, the soudstaging is average at best as is the case with most IEMs. Not the RHA MA750, though, which actually offers a decent soundstage. 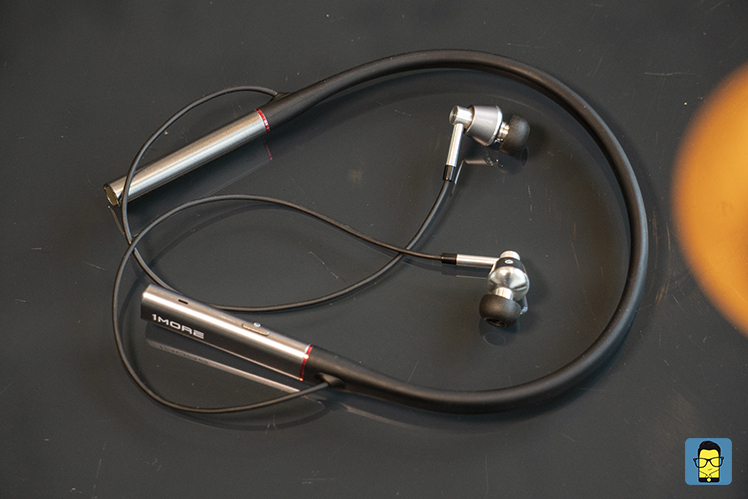 One of my pet peeves with Bluetooth audio is the inherent audio lag. There is a lag in transmission on the 1MORE as well, but it is not as pronounced as some truly wireless earphones like the Bose SoundSport Free (review). That said, a lag is a lag and I am not a fan of it be it in audio or video.

Overall though, I am still enamoured by the 1MORE sound that has been faithfully captured by the new Triple Driver BT as well.

Should you buy the 1More Triple Driver BT?

At its current pre-order price of Rs 9,999, the 1More Triple Driver BT is a steal. The price will go up to Rs 13,499 after this introductory offer so I’d suggest picking one up asap.

The Triple Driver BT’s musicality trumps the other earphones in this price range. Moreover, this is one of the very few wireless IEMs that support LDAC out of the box. That is a massive advantage, honestly. 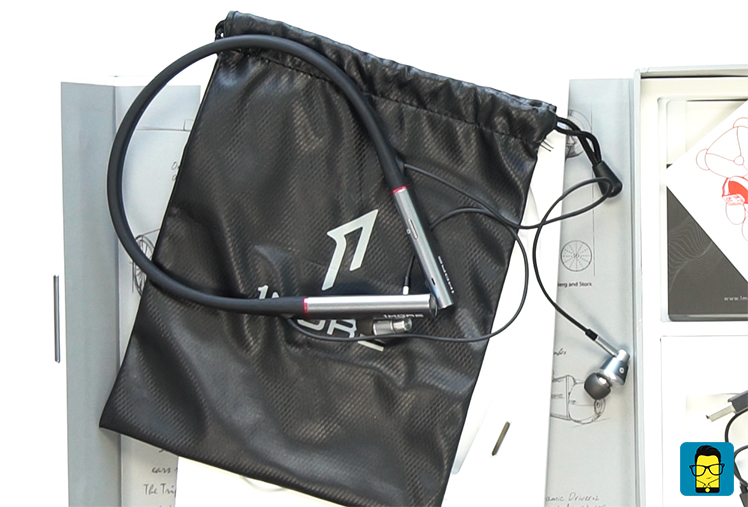 That said, if you want a flatter, more accurate response go for the MA750 Wireless instead. And, if you want a bigger bass, the BeatsX and the Forza Metallo Wireless are better options. As for me, I am going with the 1More Triple Driver BT purely because of the subtly exciting sound signature. It also offers clean imaging and timbre that works for all genres. However, the best sounding IEMs continue to be the MA750 Wireless purely for its neutral signature.