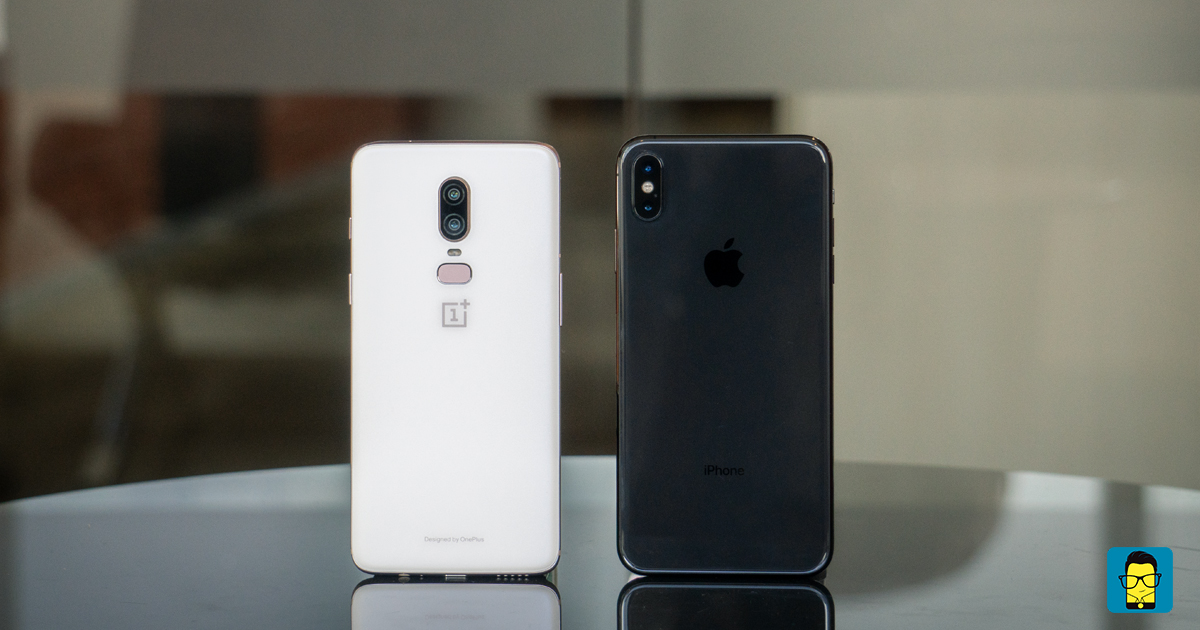 Before firmly moving to the Android camp, I was an iPhone fanboy through and through. I still have a soft corner for the new iPhones Apple launches every year. So when we purchased the Apple iPhone XS Max for review, I was obviously excited.

The new A12 Bionic chip inside the iPhone XS Max is based on a 7nm fabrication process and apparently it is a beast! So, the first thing I decided to do is test the raw power under the hood of the iPhone XS Max. How does it fare against the OnePlus 6 with SD845, which is arguably the fastest Android phone in the world? 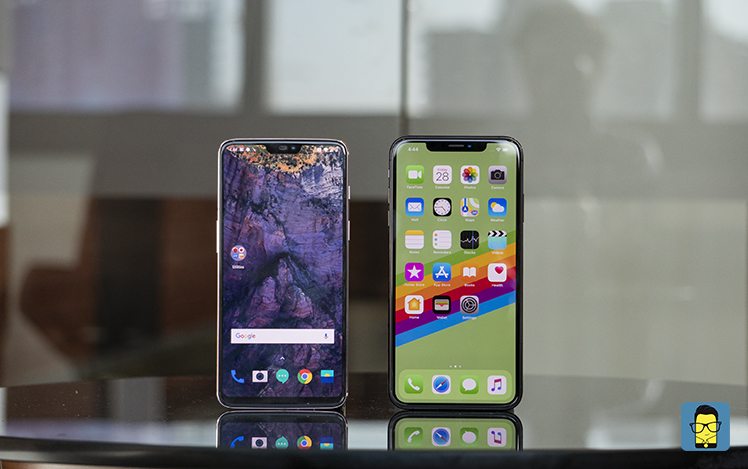 I have a mix of synthetic benchmarks and real-world benchmarks for you but no speed tests. Gary can explain it better than me in his video where he argues why speed tests are fundamentally flawed. I believe him entirely and have the same opinion.

Moving on, let’s find out how much of a performance difference you get on the A12 Bionic when compared to the SD845.

First up, is AnTuTu – a universal test that tests the overall performance of the phone. It is also one of the most popular benchmarking apps out there. OnePlus 6 still returns some of the highest AnTuTu scores we’ve seen on an Android flagship this year. In fact, the iPhone has never been a great performer in AnTuTu tests. But this year, the A12 Bionic is a different ballgame altogether. Not only does the iPhone XS Max score higher than the OnePlus 6, but it also has a significant difference.

In my testing, I managed a single-core score of 4760 on the iPhone XS Max compared to 2366 on the OnePlus 6. Similarly, the OnePlus 6 achieved a multi-core score of 8840 compared to 11180 on the iPhone XS Max. These are significantly higher numbers once again. Looks like the new hexa-core A12 Bionic chip built on a smaller 7nm fabrication process is really flexing its muscles here.

3DMark’s Slingshot Extreme is a very intensive stress test on the graphical capabilities of your phone. I ran the Slingshot Extreme’s Metal API testing on the iPhone XS Max. And on the OnePlus 6, I ran the Vulcan API testing. Both these synthetic benchmarks push the limits of the phone at 2560×1440.

On the OnePlus 6, I got a score of 3782 compared to 3546 I clocked on the iPhone XS Max. Evidently, the Adreno 630 has some graphics grunt still left in it because it beat the iPhone X’s A11 Bionic chip last year as well in 3DMark.

Pity that PUBG has not yet been optimised for the iPhone XS Max. I had to literally do some Yoga Asana to hit the fire button on the left, which was partially hidden by the notch. Anyway, I hooked up Gamebench and fired up PUBG on both the phones. I like using Gamebench for testing the GPU performance because you get readings of a real-life use case. Don’t we all play PUBG and other games on our phones?

I played the game on the same Wi-Fi connection and with no other apps running in the background. For PUBG graphics setting, I used Smooth settings with Extreme FPS and anti-aliasing on. This helped me achieve a 60fps gaming experience. 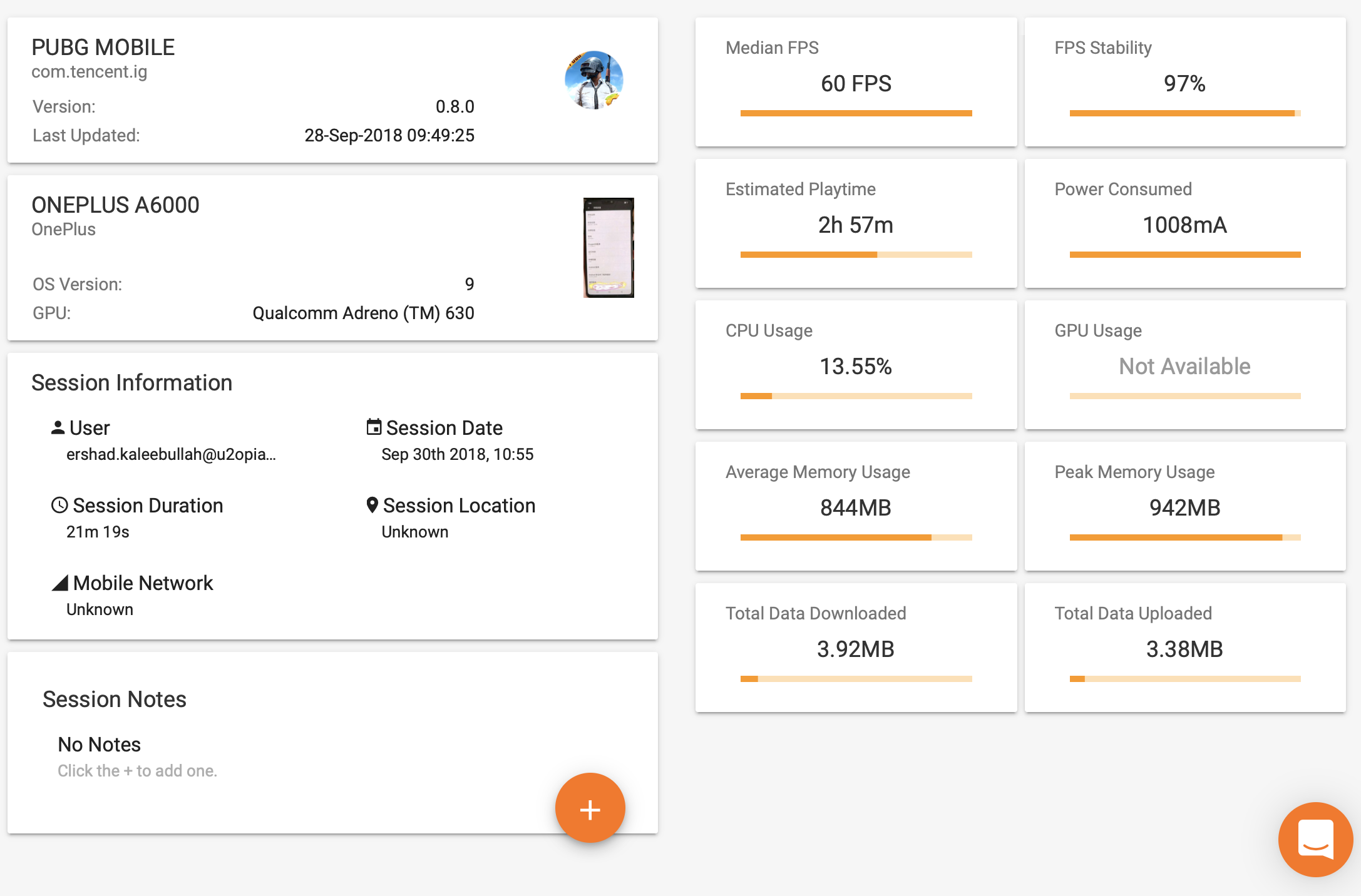 I played the game for around 20 minutes on both the devices and here are my findings: 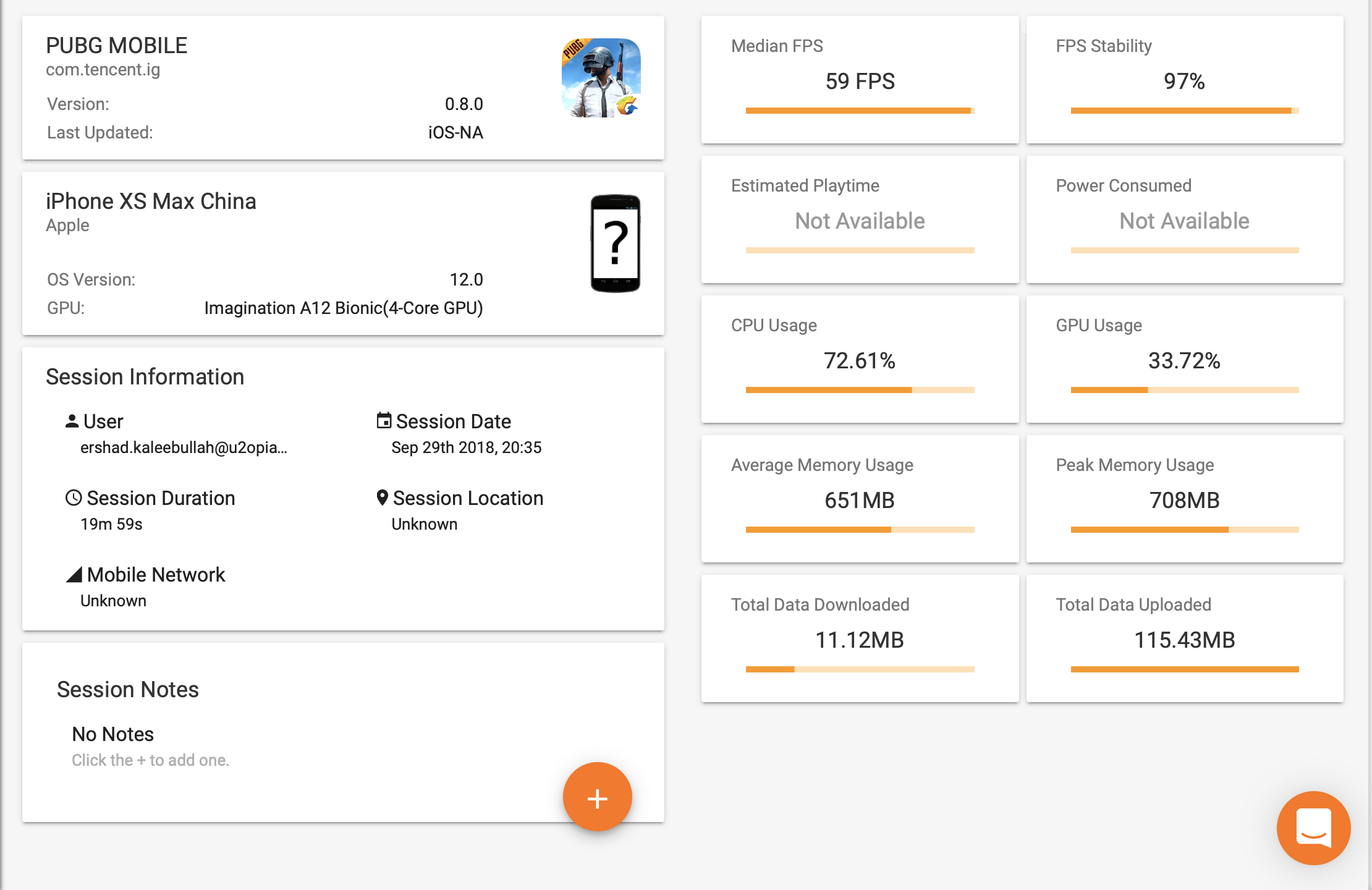 One of the most basic tests that everyone misses out on is the flash storage performance in the phones. It is very vital for flagship phones to come with a fast storage performance for better app load times. The OnePlus 6 comes with a UFS 2.1 storage, whereas Apple uses its proprietary solution. 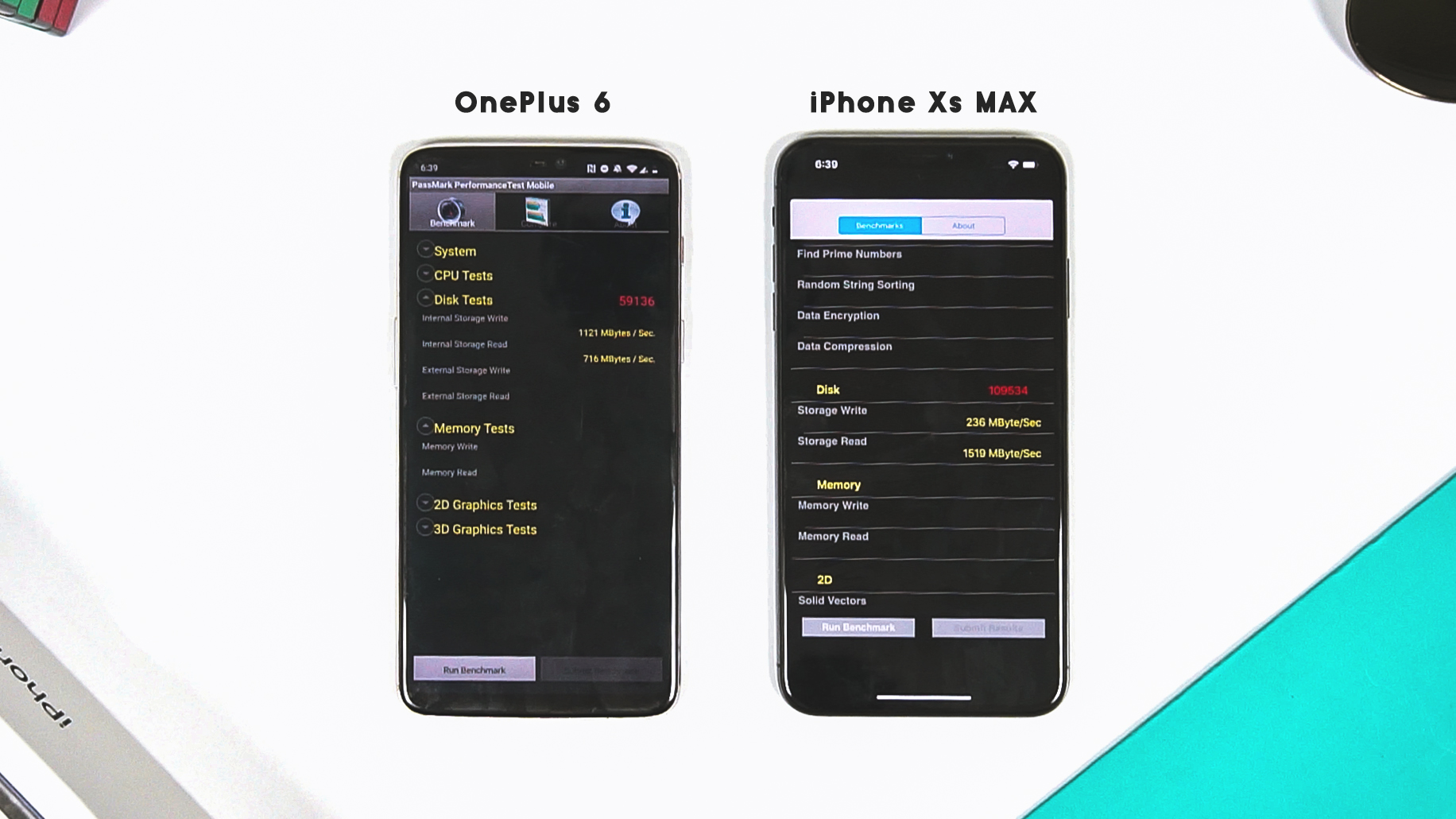 The only way to do this was by using the PerformanceTest benchmark by Passmark. I got an internal storage read speed of 1121Mb/s and write speed of 716Mb/s on the OnePlus 6. Moving on, the iPhone XS Max achieved a crazy high score of 1519MB/s read speed. However, it had a much lower write speed of 236Mb/s. Evidently, Apple still has to improve the write speed by leaps and bounds. This has been a problem for the iPhone for the longest time anyway. In fact, I saw a perceptible difference in write speed when copying a couple of heavy videos to the iPhone XS Max compared to the OnePlus 6.

This indicates that the iPhone XS Max will have faster load times for apps but if you are transferring anything from the computer to the phone, that will take longer.

As far as benchmarks are concerned, the iPhone XS Max is more powerful than every other Android flagship out there – i.e. if we keep the gaming benchmarks out of the equation. The numbers speak for themselves. In real life though — and I have to be entirely honest here — the difference is really not perceptible. Honestly, in daily usage, you aren’t going to need any more power than what you get with the A12 Bionic.

I really don’t know what kind of performance bumps we are going to get with next year’s iPhones or Android flagships for that matter. As a matter of fact, when you are doing daily tasks the OnePlus 6 is as fast, if not faster, than the iPhone XS Max in most tasks. Yes, sometimes apps open faster on the iPhone XS Max…but that’s the thing no – what are you going to do with that kind of power?

That said, the upgraded Neural Engine is going to be the differentiating factor on the iPhone XS Max. It can perform tasks that involve Augmented Reality faster. But I have to make a confession here, AR is supremely unexciting even today if you ask me. Maybe you might like it, but I don’t see a real-world use case yet.

All in all, these benchmarks are definitely a fun little comparison between the best, most powerful phones you can find in the market today. In real life usage though, you aren’t going to be able to tell the difference. The only difference between the phones is going to be the price…tee hee… 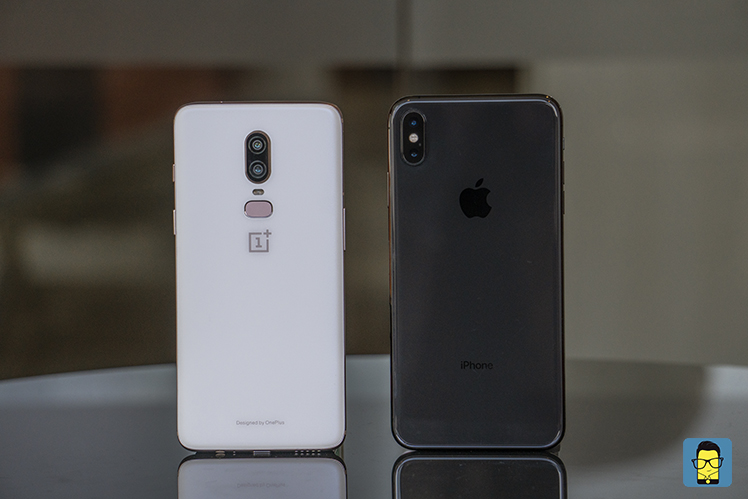 In any case, if you spend anywhere close to Rs 1 lakh for a phone it better be the fastest, most powerful phone in the world.

Well, what do you guys think? Is the performance might of the iPhone XS Max enough to spend the big bucks? While you think about the answers to these questions, I am going to go and work on the full review of the iPhone XS Max, which – in true Mr. Phone style – is bound to be detailed AF!