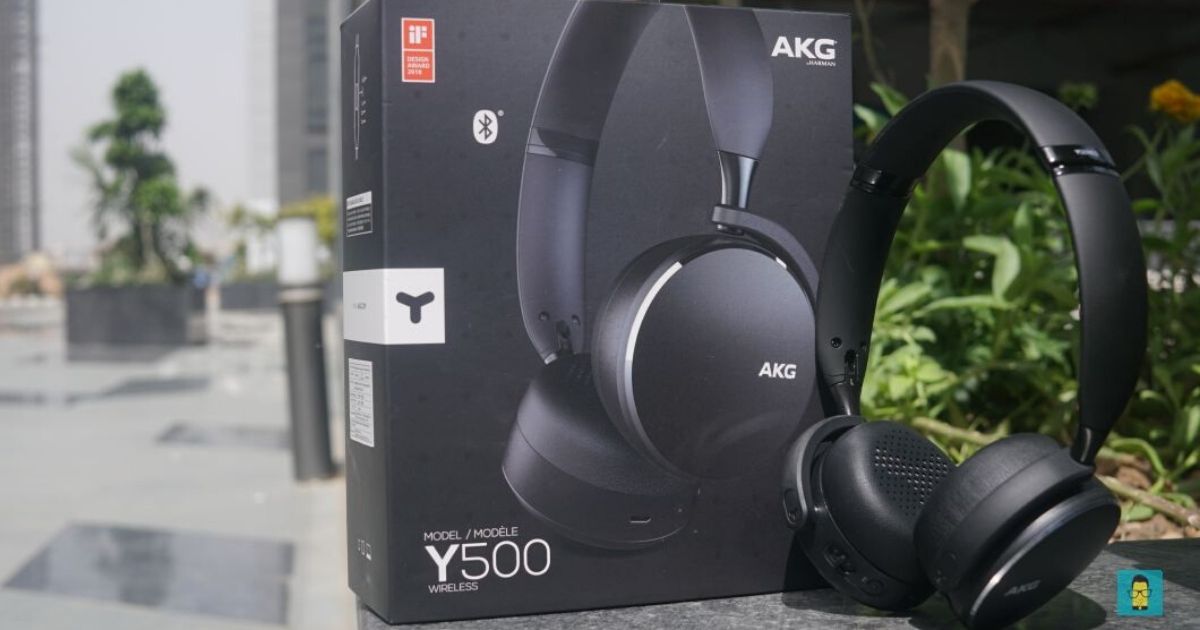 I for one, am a sucker for over-ear headphones. My colleague Ershad, on the other hand, swears by his IEMs or in-ear monitors. But, what if you don’t want your next headphone to be either? Well, that’s where AKG’s Y500 comes into the picture, a pair of on-ear headphones which neither cover your ears in entirety nor do they need to be inserted in the ear canal itself. Instead, the Y500’s rest on top of your ears, thereby bringing the best of both worlds – wide sound stage for your music and a portable form factor. I’ve been using the headphones for the better part of a week and here’s why you should consider buying one.

AKG has a penchant for designing good-looking headphones, and the brand’s Y500 is no different. From the materials used in its construction – which includes a healthy mix of plastic and aluminium – to the pair’s soft-touch headband and plush earcups, the Y500 screams premium. What’s more, the company has paid a lot of attention to the finer details too, and you’ll notice the brand’s logo etched on the perforated earcups, as well as the swivel for the headband. It’s these little details which make the Y500 stand out from the herd of other on-ear options out there. 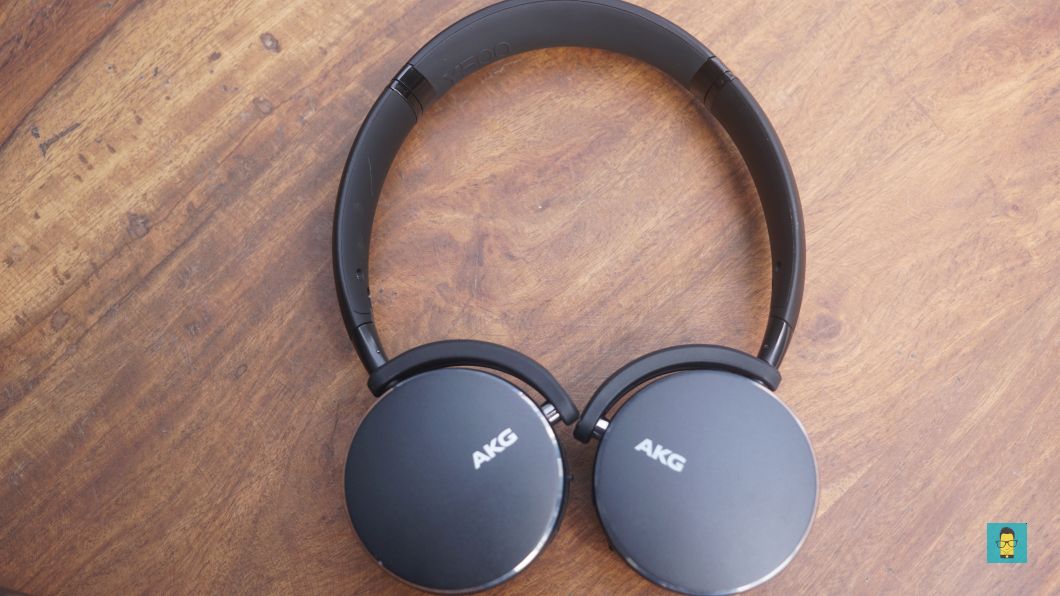 I’d also like to point out that the Y500 is quite compact and it won’t take too much space in your backpack. You can even fold the earcups to further reduce the headphone’s footprint and pack the pair inside a gorgeous nylon pouch which comes bundled with the set. Adding to the list of pros, the Y500 offers excellent physical buttons for music playback. Starting with the right earcup, buyers will get a Power button / Bluetooth toggle at the top, followed by an ambient awareness button which in a nutshell, lowers the volume of the headphones, thereby allowing you to be in tune with your surroundings. Quite honestly, I didn’t find much use for the feature, however, it is a handy tool to have in your arsenal if you’re a frequent flyer. Towards the left, the Y500 offers a play/pause button, a 2.5mm analogue port, along with a volume switch that also lets you go back or forward one track. All the buttons on the headphones are easy to reach and identify too, which is great. 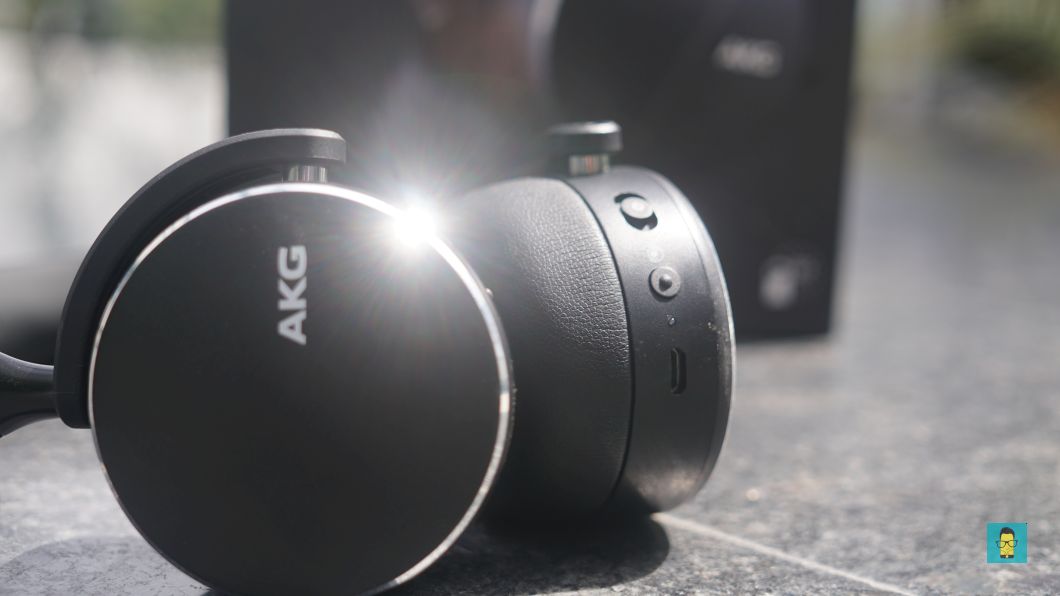 My only qualm with the headset is that it still ships with a microUSB port for charging. That being said, the pair somewhat makes up for it by offering a five-minute speed charge, along with automated play/pause function, which kicks in when you place or take off the headphones from your ears. 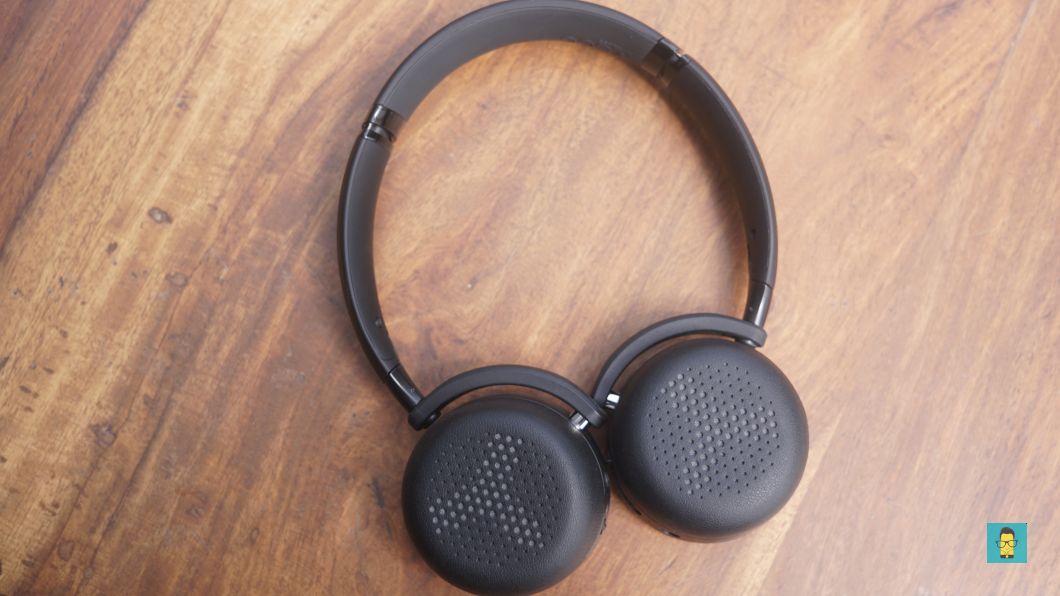 It’s time to address the elephant in the room now – is the Y500 comfortable to wear over long listening sessions? Much to my surprise, it is. While my ears did get warm after listening to music on the Y500 for around 40 minutes, I seldom had to readjust the fit and I didn’t experience the earcups bite my ears either. The padding on the headband is just as good too. If anything, the headphone weighs a tad too much and at 230g, it’s just 25g lighter than the bulky WH-1000xM3. Now, that’s a lot of weight to be carrying on your head and one does feel it pressing down after a while. But, barring that, I don’t have any complaints with the fit and finish of the AKG Y500 headphones.

AKG headphones are renowned for their balanced and clean sound profile. It’s safe to say that the apple doesn’t fall too far from the tree, as the Y500 offers a clinical sound signature too which favours the low-end slightly. But, before I dissect the headphone’s audio quality, let me breeze through the specifications. 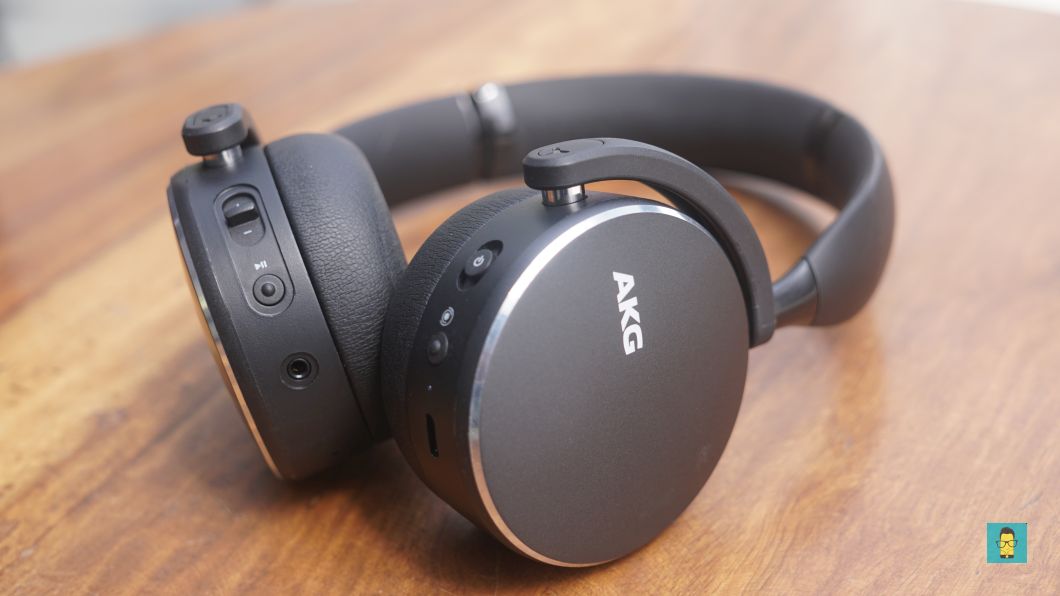 The AKG Y500 is backed by a pair of 40mm dynamic drivers positioned inside each ear cup. The headphone can operate across a frequency spectrum of 16Hz – 22KHz and comes with an impedance of 32 ohms. Therefore, when in wired mode, you will be able to drive the cans comfortably through your smartphone or your laptop. Lastly, the headphones connect to compatible devices via Bluetooth V4.2 and come with support for AAC codec. The lack of aptX HD codec is disappointing as it limits prospective buyers to lower bitrate audio. Adding salt to the wounds, the Y500’s MRP pits it against headphones like the Audio Technica M50X, which come with support for all necessary codecs. But, I digress. 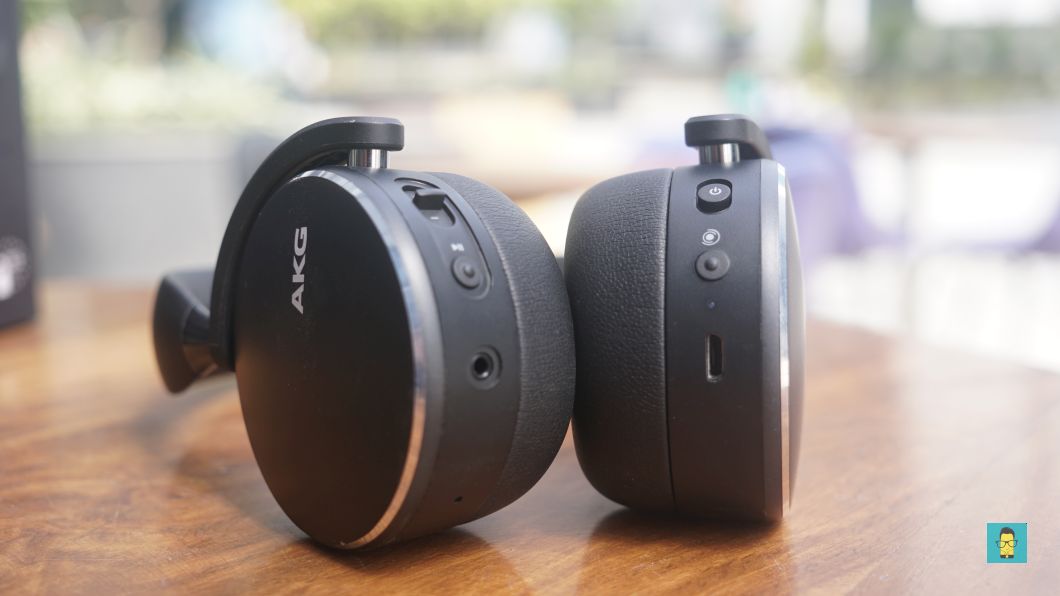 For what it’s worth, the Y500 sounds pretty darn good. The cans offer a discernible kick in the low end which will let you enjoy most, if not all songs from the EDM genre. That being said, the bass output is ways away from what you’d get from a pair of Sony MDRs, so if you’re in the market for powerful, skull-shattering bass, the Y500 simply won’t cut it. Funnily enough, I’d anticipated the bass output to be somewhat tamed. However, nothing could’ve prepared me for the headphone’s excellent imaging and sound stage, which made listening to chaotic soundtracks like Frontier Psychiatrist an absolute bliss. 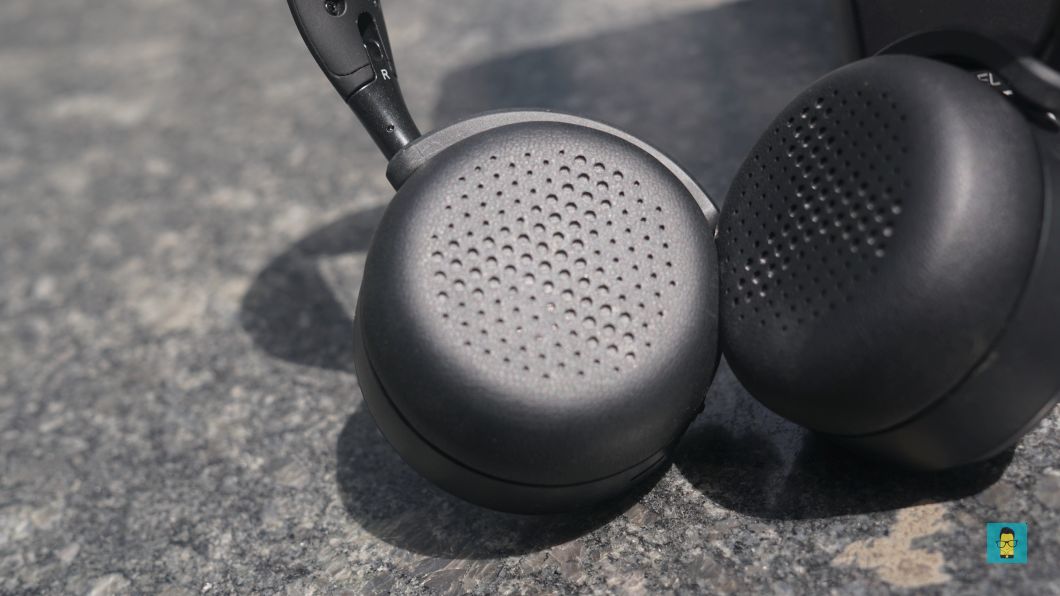 Every instrument in the song – and there are plenty to go by – was given its spot under the limelight. Furthermore, thanks in no small part to the headphones excellent imaging, the vocals didn’t sound muffled either, regardless of whatever instrument was playing in the background. The pair doesn’t sound fatiguing either, as it didn’t exhibit any instances of sibilance and I was more than satisfied with the quality of the highs too. The Y500 isn’t too bright and therefore, strums from an electric guitar sounded clean and energetic without stinging my ears. The same is exemplified when you listen to I Think I Smell A Rat by the Killers on the headphones, which starts with a banging riff, reciprocated beautifully on the Y500s. 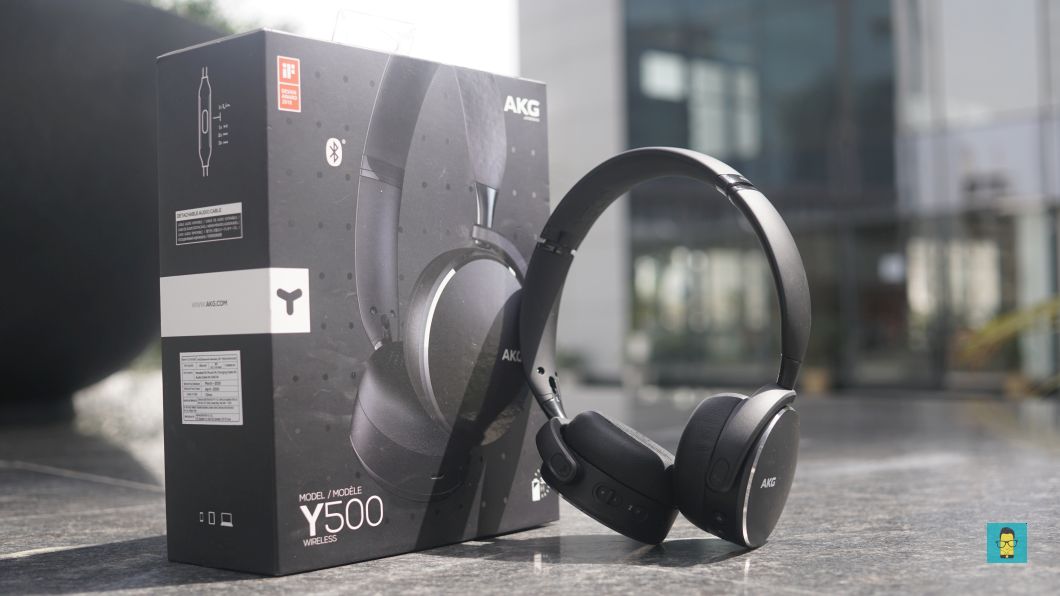 As for the battery life, the Y500 ships with a 900mAh battery which the company states lasts 33 hours off a single charge. AKG’s claims aligned with my testing too, and my review unit of the Y500 lasted me a full week, with my usage involving listening to music/watching movies for around four hours every day. Rest assured you can leave the microUSB cable behind should you pack the Y500s for a trip.

The AKG Y500 retails for Rs 9,999 in India and for the price, offers a posh and robust design. Moreover, the headphones last a long, long time, making them a godsend for frequent commuters. Now, while I would’ve liked support for high-bitrate codecs like aptX and LDAC, the pair pleasantly surprised me with its sound quality too. Therefore, provided you were in the market for a pair of on-ear headphones which don’t break the bank, you should seriously consider the Y500s. Interestingly, the headphones go on discount quite often, so if you want to snag a pair, I’d suggest you keep an eye on popular e-commerce platforms like Amazon.