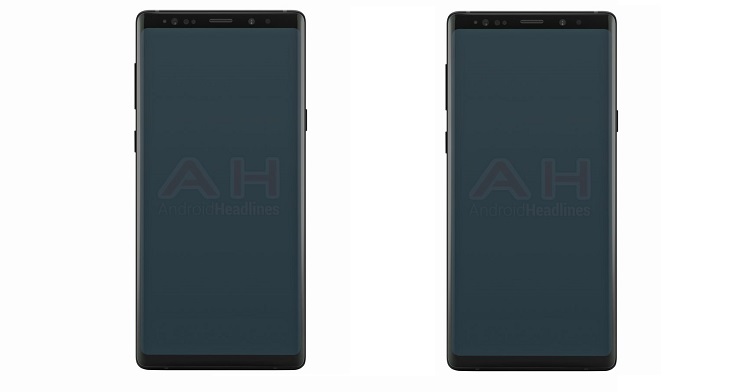 Samsung’s Galaxy S9 turned out to be a lukewarm offering for the company, at least in terms of sales. And if a newly leaked official render of the Galaxy Note 9, is anything to go by we are not very hopeful of Samsung making a comeback this year. Android Headlines got hold of a render, which they say is from reliable sources. However, the render only shows the front of the phone.

The Galaxy Note 9 render below shows the upcoming phablet will be a spitting image of the Galaxy Note 8. There is very little change in the design, so much so that even the sensors on the top are in the same position. Also, it looks like the bezels haven’t reduced in size either.

That’s pretty much all to the newly leaked render. If we could have had a glimpse of the rear that would’ve been great actually. Also, we’ve heard earlier, there will be an upgrade to the S Pen with the stylus reportedly picking up Bluetooth support. This would allow the stylus to control the music and also open the camera remotely.

The Galaxy Note 9 gets introduced on August 9 and we are already disappointed with what Samsung has in store this year. It seems the Seoul-based handset maker is saving it for next year’s Galaxy S10.