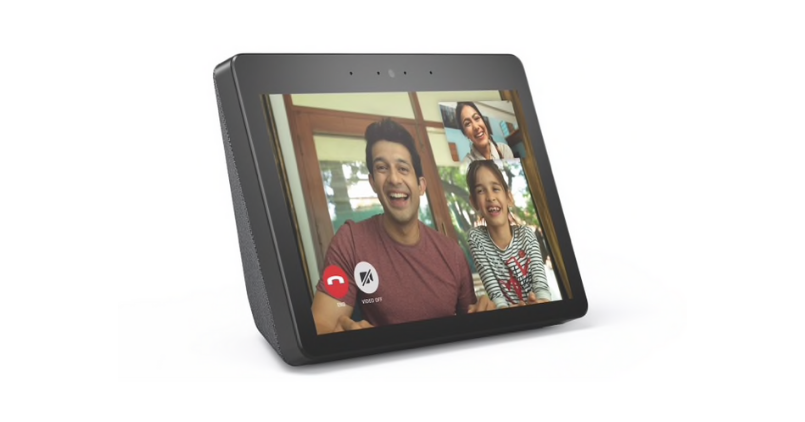 Amazon has launched its largest display enabled Echo device in India today. The company has now made its first smart display dubbed as Echo Show available in India starting at Rs 22,999. This 10-inch HD screen enabled Echo product could be yet another addition to your smart home. Let’s talk about the specifications, features and much more about this new Echo device below.

Available for immediate shipping, the new Echo Show is the second generation device, which was originally introduced in the United States in October last year. And it has finally made its way to India, even if it’s after months.

Essentially, the new Echo Show is similar to the Amazon Echo Spot with a 2.5-inch display that came in India last year. It was a small display rather, the large display on the Echo Show opens up the functionality.

It can be used to give queries to Alexa, which will be visually displayed on the large screen. Further, the Echo Show can be used as a standalone speaker. Just connect using Bluetooth to the desired smartphone and stream the songs you’d like to listen out loud. Or it can also fetch music from supported services like Prime Music, Gaana, and JioSaavn.

Talking on the connectivity front, it offers Wi-Fi connectivity and utilises ZigBee architecture for home automation, thus enabling smart home functionality. With its eight microphones, the Alexa Assistant could be able to recognize your voice from any direction. There is a 5MP front camera allowing video calling feature.

If you purchase it under launch offers, then you’d be entitled to a free unit f Philips Hue Smart LightBulb, and Rs 2,000 cash back purchase with Citibank credit and debit cards. Also, note that there are no-COST EMI schemes available as well.