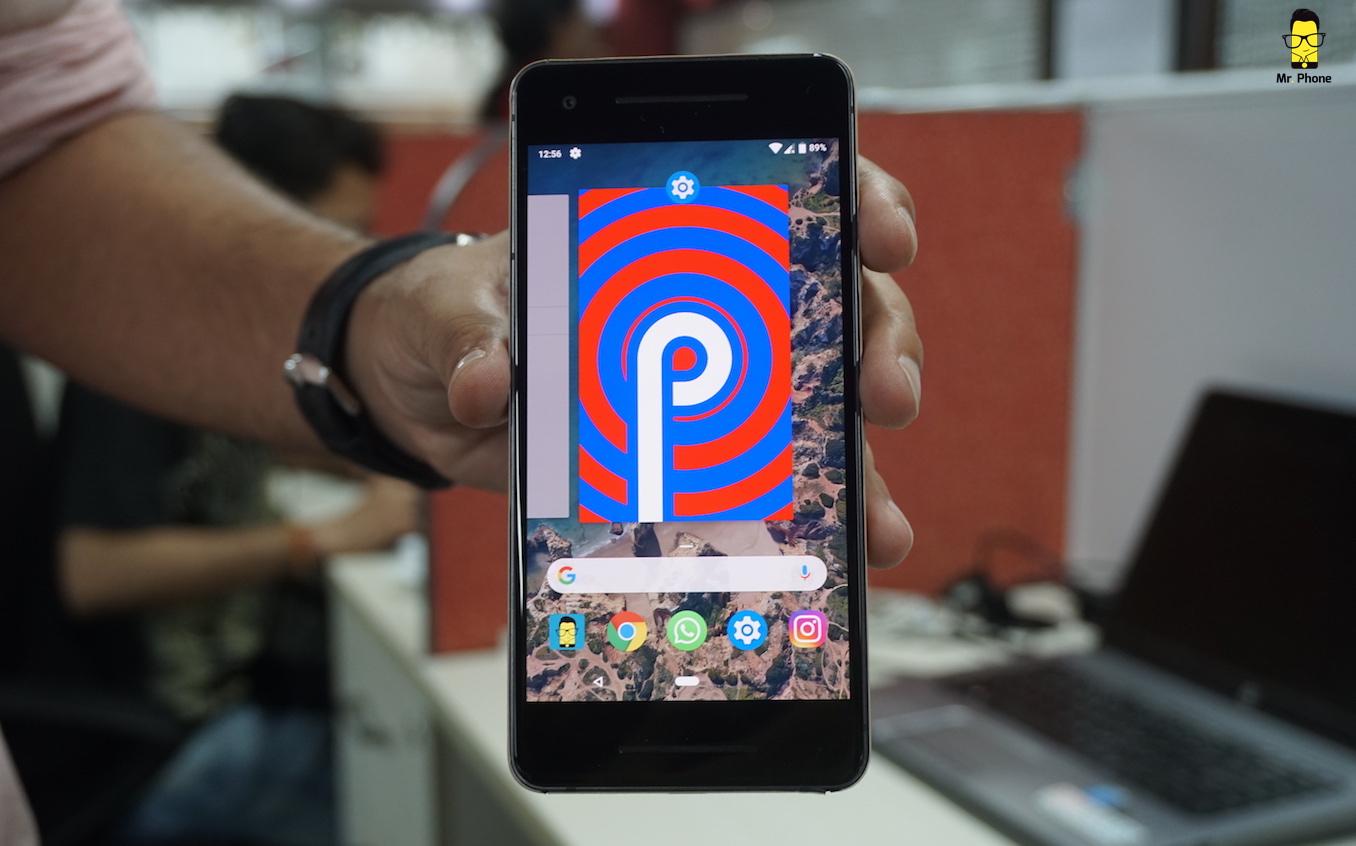 At Google’s annual developer conference – I/O 2018 – the company highlighted more features of its new Android P operating system. Evidently, Android P is chock-a-block with some really cool features. It doesn’t hurt that with Project Treble, Google has made it easier for partner smartphone brands to install updates with ease.

I installed Android P on a colleague’s personal Pixel 2 (yeah, he is a daredevil) and had a chance to play around with it. The first thing that hit me is despite being in a Beta state, the OS feels fairly fast and stable already.

Anyway, here are 5 reasons why I think that Android P is the most sophisticated mobile operating system in the world, while Apple continues to lock app icons to a pre-defined grid in iOS’. In fact, I’ll go ahead and say it right away – it is the “Best” mobile OS you can use right now even in its beta state.

Finally, gestures are here! Ever since the iPhone X was announced with gestures to navigate iOS 11, I have been yearning for it on default stock Android. I mean the three on-screen buttons have existed since donkey’s years (2011 to be specific), and it was high time gestures made an entry. But let me tell you this, these gestures on Android P are not as full-fledged as I’d have ideally hoped for.

Regardless, the Home button has been replaced by a tiny handle at the bottom. This handle doubles up as the app switcher in the new horizontally laid carousel. It is very similar to how the iPhone X functions. However, what I find irritating is that you have to pull up from the bottom of the screen to actually open the carousel. Now here’s the thing, in case you want to to open the app drawer you have to swipe up from the bottom of the screen. And therefore, both these gestures end up interrupting each other. But Android P is only in beta at the moment, and I hope Google finds a fix for it soon.

Regardless, I really like what I see currently. And the advantage of baking gestures into the core OS is that it will become the de facto method for navigating the OS in phones across the world. Considering, Android’s very high penetration across the globe the inclusion of gestures is definitely a major plus for the operating system.

Do I even have to say this? Google Assistant is leagues ahead of other voice-based assistants like Siri, Alexa, and Cortana. And to make matters worse, Google has gone ahead and added a bunch of more features to the Assistant. All the others feel like snake oil in comparison.

Take for example, the fact that Google Assistant will now be able to have natural language conversations with strangers. Basically, you can ask the Assistant to perform a task like booking a table at your favourite restaurant. And you know what? Assistant will make that call for you. Easy peasy.

The demo that Sundar Pichai showed at the event just stunned me. I am yet to test the feature out though. But, if it works even 70% as advertised it is a huge step forward for human and AI interaction.

Apart from this, the Assistant can also give you contextual answers. This means that you have to say “Ok, Google” only once and have a conversation with the Assistant like you would have it with a friend. And that friend could be John Legend. Yup, John Legend is now a voice on Google Assistant. Hell yeah!

Artificial Intelligence and Machine Learning integrated across the operating system

Yeah…yeah…I know that Artificial Intelligence (AI) is a buzzword Google cannot get enough of. But, we have to give it to Google for actually putting all that tech to good use. And no, I am not talking about the use of AI for silly adaptive brightness feature. Rather, I am talking about the extensive use of AI baked into the system.

In fact, Google uses Machine Learning (ML) and AI to actually feed your frequently used apps —within the app drawer itself (like a predictive app drawer) and the app dock at the bottom of the multitasking carousel. In fact, underneath the predictive app row in the app drawer you will see two buttons. These buttons are direct actions that helps you perform specific tasks like calling your loved one or re-ordering something from your favourite restaurant on Zomato. Another cool featured baked directly into the Search bar is ‘Slices’.

Essentially, you’ll be able to see contextual bits of information from your favourite app when you search for it. For example, searching for Swiggy could bring up the last five restaurants you’ve ordered from.

And let’s not forget that Google is using the power of AI and ML to change the fate of smartphone photography. I mean, have you seen the pictures that come out of the Pixel 2 and Pixel 2 XL?

Usage dashboard and other wellbeing features

I saved the best for last. Honestly, the Usage Dashboard which gives you a crazy amount of information about your phone usage is Godsend. I mean you can easily breakdown to find information like:

…and more. In fact, you can also set a limit for the number of minutes/hours you spend on each app using the dashboard. If you go overboard, Android P automatically pops up a notification to tell you that you have overused the limit. This helps you keep a check on your smartphone usage.

Apart from this, Google has also introduced other wellbeing features. For example, Shush lets you snooze all notifications when you keep your phone face down on the table. At the outset it is pretty basic, but it makes me wonder why Google didn’t think of this before? Additionally, the new Wind Down feature lets you put your phone in Do Not Disturb mode when you decide to hit the sack in the night. Pretty cool right?

All in all, Android P is a solid update to Android O and has so many cool features that I cannot wait to try out the final version of the update in the Pixel 3, maybe? Hey Google, are you listening?

What do you guys think about Android P? Let us know in the comments section below.