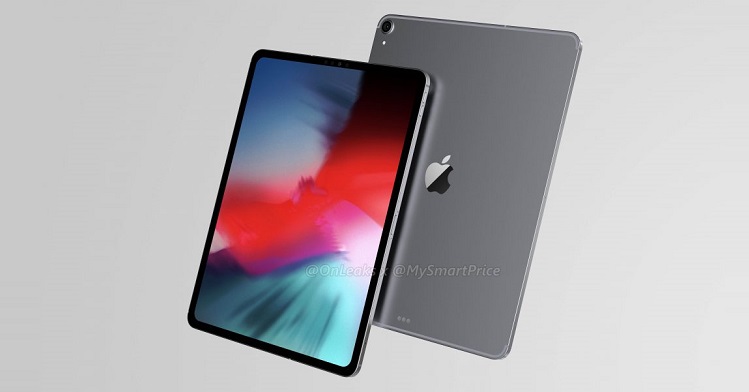 Apple is due for an upgrade for its iPad Pro line. The Cupertino giant could very well introduce the 2018 iPad Pro could be in line for the September 12 announcement. Why do we say so? Well, because the iPad Pro 2018 images have surfaced online in a leak posted by MySmartPrice. These images showcase the full look and feel of the upcoming iPad Pro upgrade. Let’s talk below about the upcoming Apple iPad.

Apple iPad Pro 2018: What would be the new features?

From the looks at the image shared in a partnership between OnLeaks and MySmartPrice, we learn that new iPad Pro won’t have the iconic physical home button. In order to achieve the bezel-less design, what Apple did to its iPhone X, they are likely to do it for its new iPad. Expect the Face ID to be the primary security option for unlocking the device.

The biggest takeaway is that you might have to say goodbye to the headphone jack. The charging port would be at the bottom middle of the device. And know that the smart connector would be placed just above the charging port on the back. This could be a wise choice considering the vertical placement would make it easy for typing.

Talking about the specifications, it will be coming in two different sizes; 12.9-inch and 10.5-inch. This display won’t be OLED, but an LCD display type. The internals includes a faster A12X chipset, which is rumoured to be made of a 7nm process. The new iPads are expected to come with 4GB of RAM with a varying storage up to 512GB.

Of course, there could be new features introduced into the Apple pencil. As far as the availability is concerned, you’d have to wait for the September 12 launch event. While the pricing of these two variants is expected to be around Rs 54,999 and Rs 64,999, 10.5-inch and 12.9-inch display models, respectively.