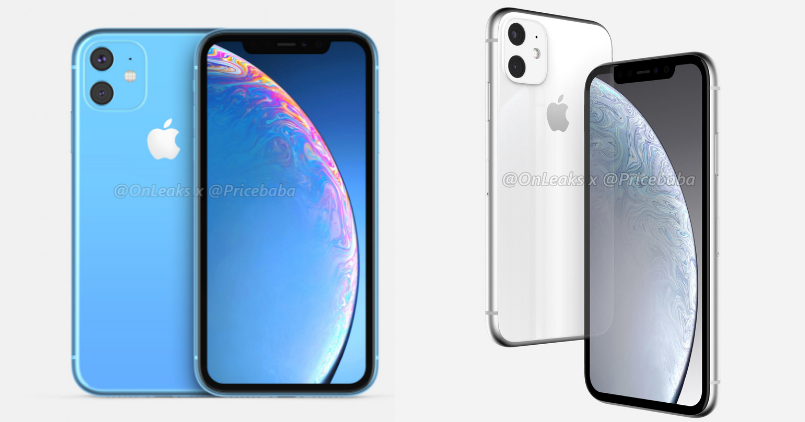 Apple is months away from unveiling its new iPhone line up this year. But we may already know what changes are coming to the iPhone XR successor. According to a partnership between PriceBaba and OnLeaks, a new iPhone XR 2019 is said to come with the dual rear camera setup. A full set of CAD renders and 360-degree video has leaked online. Let’s talk about it below in detail.

The Cupertino giant is believed to be working on iPhone XR successor introduced last year. The new iPhone XR 2019 could come with significantly fewer design changes on the front. With its same set of fanciful colors including Red, Yellow, Blue, and White.

The one striking change is said to be coming to the rear part. We have seen this on the leaked renders of the iPhone XI and iPhone XI Max images as well. It’s the rear camera panel. The iPhone XR 2019 feature a large square bump of a glass where it houses dual lenses. The cameras are arranged vertically with LED flash on the right side. 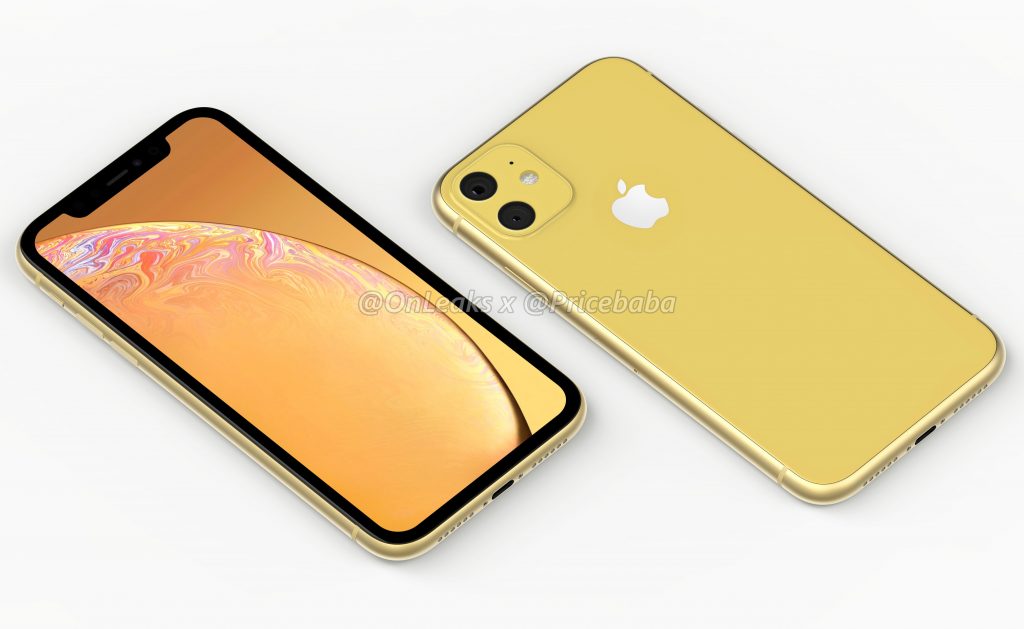 Unfortunately, the renders showcase that Apple iPhone XR successor would be sticking with the large notch on the front. Where it will be housing the Face ID module. The display is believed to be a 6.1-inch screen, an identical LCD panel with 1792 x 828-pixel resolution.

Talking about the ports and buttons, the lighting port can be seen at the bottom and a loudspeaker grill as well. The camera bump is believed to be at 8.5mm. The internal specifications could be powered by a TSMC’s  7nm+ chipset package. Not much known about the A12 Bionic successor.

The camera department will be packing a dual rear camera setup. Talking about it, the primary lens is believed to be of 12MP accompanied by another 12MP lens. Here one would be a wide angle lens while others would be a telephoto lens. Unfortunately, there is no word on the selfie camera.

Talking about the battery, this successor could pack an 18W fast charger on the iPhone XI and XI Max. But that possibility is low when it comes to the iPhone XR 2019. Further battery details are unknown at this exact moment.