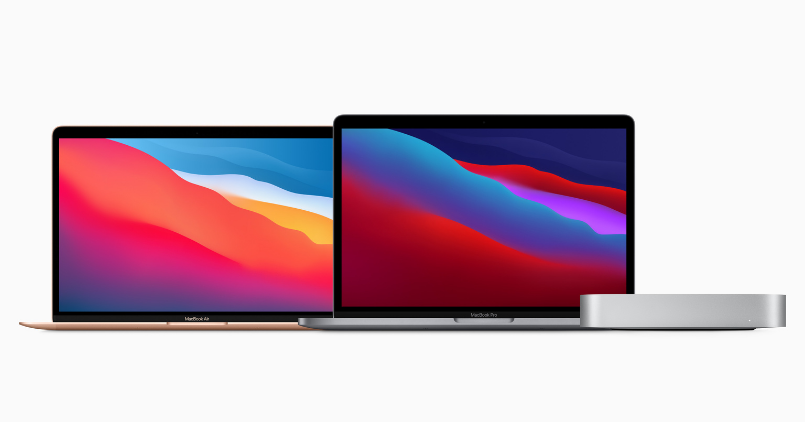 The Cupertino tech giant has announced new Apple M1 SoC powered Macs that include — a Mac mini, a MacBook Air and a MacBook Pro. And, most importantly Apple had announced its new in-house chipset — the M1 Silicon chipset. The much anticipated Apple Silicon M1 chip is finally here. Apple first introduced the chipset at WWDC this June. And, had suggested that they would showcase a Mac running on it by the end of the year, at WWDC and as promised Apple had delivered three Macs running on M1 SoC at Apple’s ‘One More Thing’ event.

The Apple-made system on chip ‘SoC’ is the first ARM-based designed particularly for Mac. It is designed and optimised for Mac systems which can be smaller in size and power efficient at the same time. The new M1 is a single chip developed by Apple, which tends to feature a unified memory architecture. The chip is built on a 5nm process that promises to deliver 3.5x faster CPU performance. This is said to be achieved by eight cores on the SoC, of which, four are high-efficiency cores and the other four ought to be high-performance cores. Both manage to work together and claim to deliver the best CPU performance per watt. 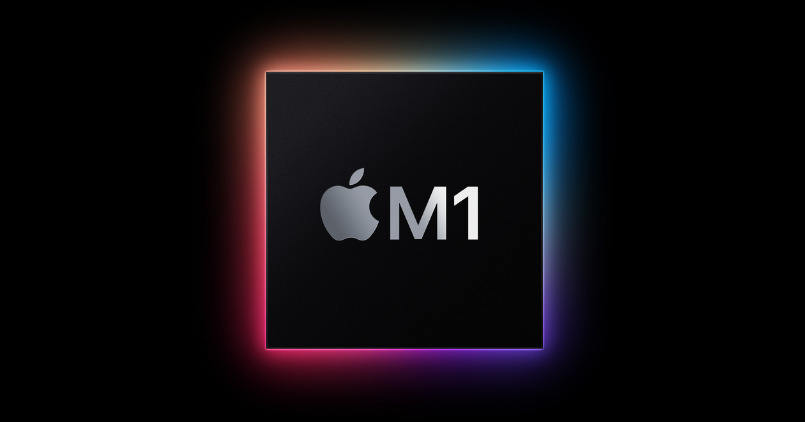 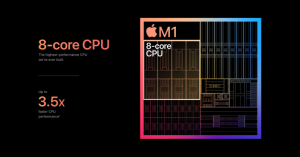 The other highlights of the new M1 chip include Apple’s latest image signal processor (ISP) for higher quality video, a high-performance storage controller for faster SSDs, Secure Enclave for security and an Apple-designed Thunderbolt controller with USB 4 support as well.

Apple has announced that the latest macOS update, which is the Big Sur, is optimised for the new M1 chipset. For the M1, the Big Sur operating system will take full advantage of the new chipset and ensures to deliver an overall boost in performance. Apple says, all of Mac software is now Universal and can run natively on the M1 chip. For those apps, which are not updated, Apple brings Rosetta 2 technology. Also, all iPhone and iPad apps can now run on Mac.

MacBook Air has been showcased as the first Mac to power the new Apple M1 SoC. The new in-house chipset on the new MacBook Air is said to be increasing the CPU performance for up to 3.5x when compared to the previous iteration. The eight-core GPU on the M1 claims to deliver 5x faster GPU performance, which is huge for the MacBook Air. This would make graphics-intensive games run smoother. 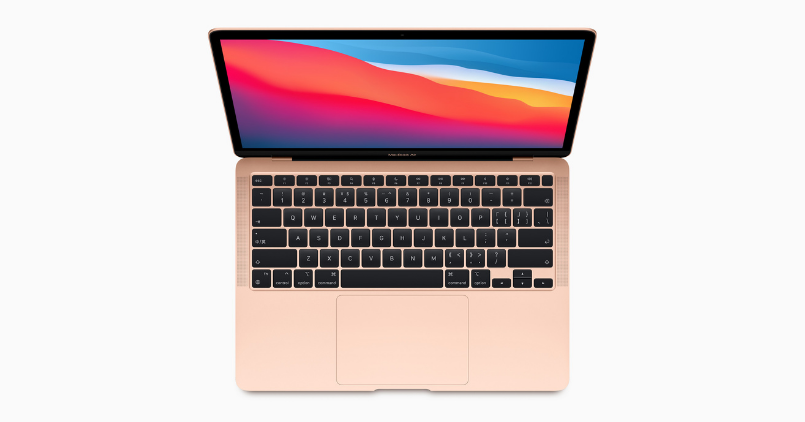 For instance, a user can playback and edit multiple streams and handle a 4K ProRes video on the Final Cut Pro without dropping a frame. The chipset also helps in handling Machine Learning 9x faster than before. As stated earlier, the new storage controller on the M1 assures to produce 2x faster SSD performance on the new MacBook Air. 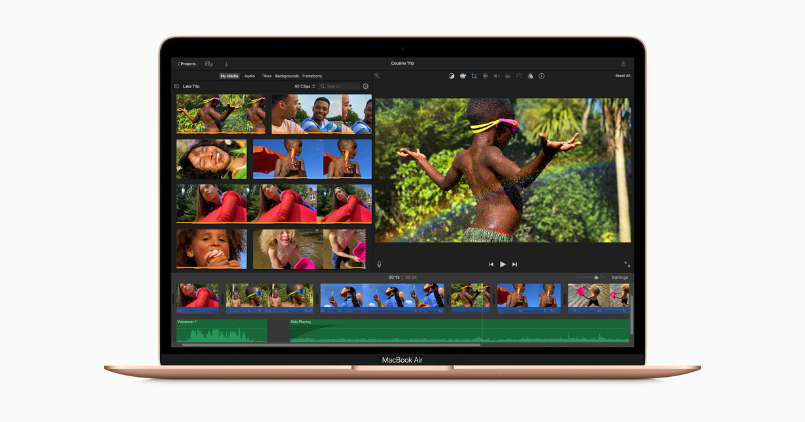 In terms of security, along with the Secure Enclave on M1, the MacBook Air also features Touch ID for authentication and Apple payments. The new MacBook Air supports for up to 16GB of RAM and up to 2TB of SSD storage. It has Wi-Fi 6 and two Thunderbolt ports with USB 4 support for connectivity.

Next up is the new Mac Mini, which is powered by the new M1 chipset. It makes the most compact and yet powerful PC that Apple has ever made. The new Mac mini will be delivering 3x faster performance — thanks to the eight-core CPU on the M1. 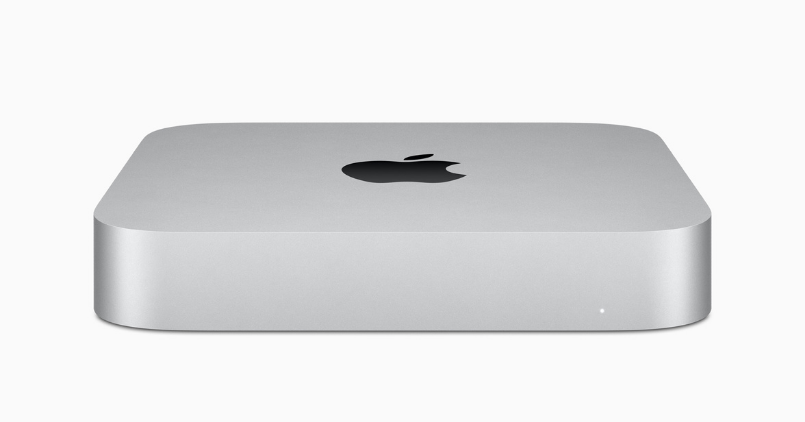 Similarly, the eight-core GPU on the newly announced chipset also increases GPU performance on the Mac mini up to 6 times. There’s 16x faster performance improvement when it comes to Machine Learning workloads.

Also, there’s a new thermal design on the Mac mini that tends to maintain higher performance staying cool and quiet, according to Apple. It can support up to two displays that includes Apple’s own Pro Display XDR in 6K resolution. Like the MacBook Air, the Mac mini also supports Wi-Fi 6.

And, lastly, there is the 13-inch MacBook Pro with the new M1 chip under the hood. The Pro variant of the MacBook is already considered as the powerful machine. And, the new M1 manages to make it better with its eight-core CPU and GPU. With an active cooling system underneath, the new MacBook Pro is said to be 2x faster with the new M1 chipset. For instance, a developer can build code in Xcode 2.8 times faster, or a user can render complex 3D titles in Final cut pro up to 5.9x faster, states Apple. 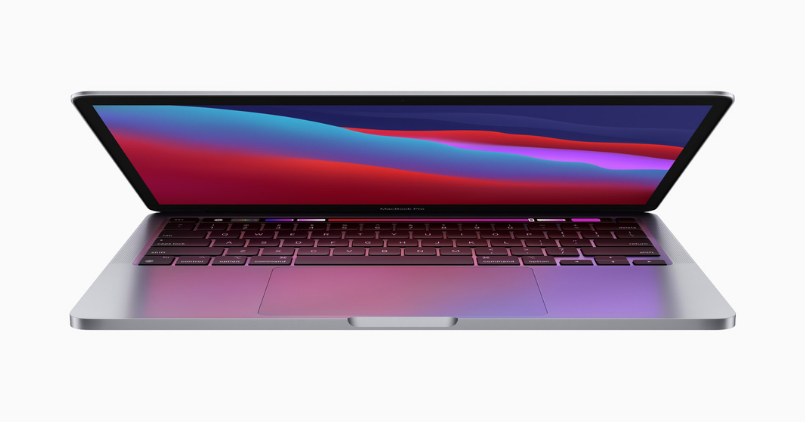 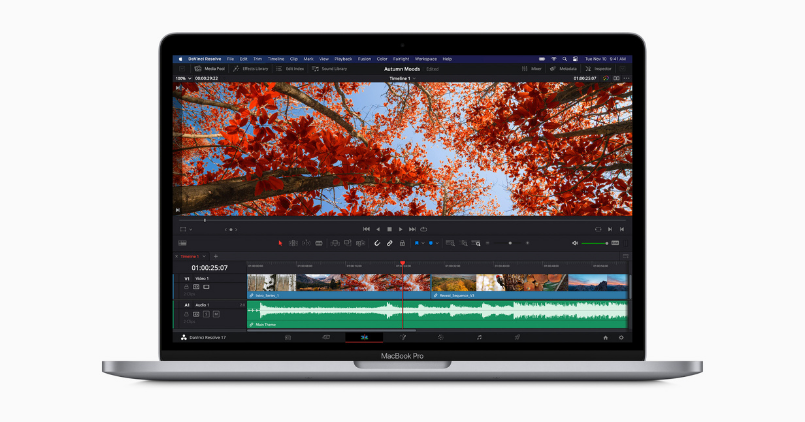 The 13-inch MacBook Pro further comes with studio-quality mics. It features the new M1 chip’s camera ISP for sharper images and high-quality video calls. Along with the Secure Enclave on the M1, the Macbook offers Touch ID. Also, there are two Thunderbolt ports with USB 4 support in terms of connectivity. On the storage front, the MacBook Pro has up to 16GB of RAM and up to 2TB of SSD storage.