Home | Tech News  | Apple Music now starts at Rs 99 per month; here’s how you can subscribe

Apple Music now starts at Rs 99 per month; here’s how you can subscribe 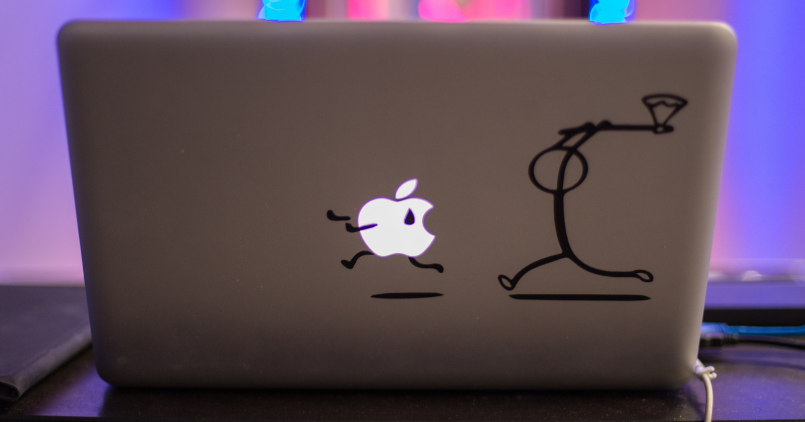 Apple is now taking its music streaming service in India seriously, as the brand has slashed the pricing of its service in the country. Now Apple Music subscription starts at Rs 99 per month, which was earlier priced at Rs 120 per month. While it’s a nominal price change, it does indicate that the Cupertino giant doesn’t want to get left behind in the competition.

The Indian music streaming scene has been lately seeing a lot of heat as the players like JioSaavn and Gaana are taking the aggressive price cut. While last year after the acquisition of Saavn, the JioSaavn (newly formed entity) was offering premium subscription free to Jio subscribers.

To grab the new audience and stick to its service, the company recently slashed its annual subscription to a super affordable Rs 299 compared to at least Rs 1000 yearly subscription of most of the streaming services in India. While Jio has been known to give its users free goodies, Apple isn’t one to let go of its pricing model for any specific region.

The fact that Apple has slashed the pricing even with small changes, it could mean that the brand has not started to feel the heat from its competition. And thus taking measures to keep its existing users stick around rather than moving on to other services.

Interestingly, international services like Spotify and YouTube Music have officially arrived in India. This gives less room to an existing player who is struggling to ramp up its user’s growth. With very less number of iPhone sales in India, and Apple Music’s Android application getting a score of 3.5 on the Play Store indicates that things are not going as planned for the Cupertino brand. 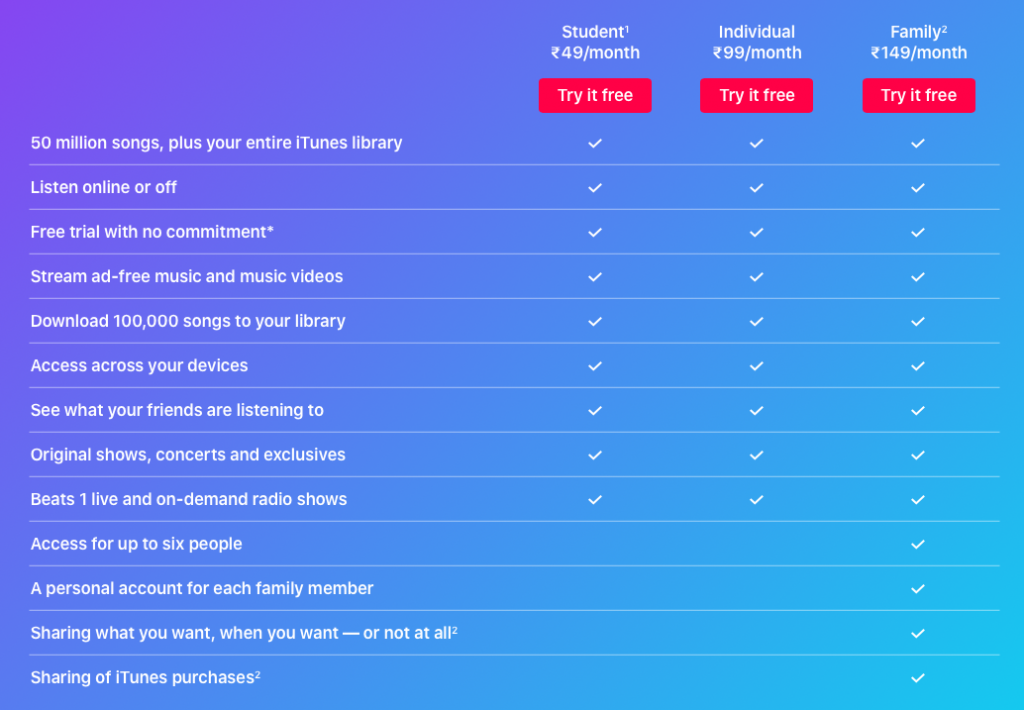 The Apple Music for students will now cost Rs 49 per month, earlier Rs 60 per month. If you’re planning for an annual subscription then you’d have to spend Rs 999, earlier it was Rs 1,200. The family plan for Apple Music is reduced to Rs 149 per month from Rs 190 per month.

Apple Music claims to offer a library of over 50 million songs and that is the primary reason that you would like to subscribe to this service. It’s quite easy to subscribe even if you’re using the service for the first time. No matter where do you plan to listen to music, Apple Music is present across all the Apple devices from iPhones to iPods, iPads to iMacs, and MacBooks as well.