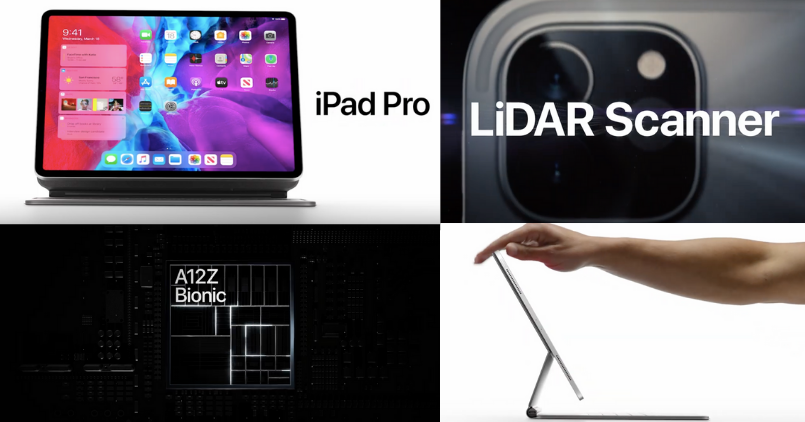 Apple brought upgrades to its one of the most powerful displays. We are talking about the iPad. The new iPad Pro has been released by the Cupertino giant in a press release shared with the media. This is the time period, we usually expect Apple to conduct an event. But with obvious reasons for the world-wide pandemic, that wasn’t the case this time. Let’s talk about the highlight of the hour below.

The technology giant has introduced iPad Pro new two sizes, 11-inch and 12.9-inch. You can choose them according to your requirements. The 11-inch model will cost $799 (Rs 60,000 approx.), while the 12.9-inch model will retail for $949 (Rs 70,000 approx.). The new iPad Pro will be available in stores from next week. Now speaking about the features of the product, let’s start with some technical specifications.

It is powered by Apple’s A12Z Bionic chip, which is not a numeric upgrade. Its eight cores are claimed to be more powerful than most Windows PC laptops. Apple has taken a route where it’s claiming that you now can replace your Laptops with an iPad Pro. The battery life is estimated to be around 10 hours, give or take. Note that it will be supporting the gigabit LTE, but not the 5G. Apple’s not too hot about the 5G network yet.

Apple welcomes the triple rear camera setup on its all-new iPad Pro. The wide, ultra-wide, and LIDAR sensor, which is used for depth sensing and augmented reality. You may think this is the iPhone 11 Pro’s camera setup, but it’s not. Moving on to other additions, the company has finally added a track pack on the Magic Keyboard. Yes, the brand is calling iPad Pro’s keyboard cover. Do you want to know why? Because it will be floating the iPad in the Air.

Putting it better, iPad Pro’s Magic Keyboard will allow it to elevate, thus offering a more comfortable viewing position. The trackpad is introduced on this keyboard. The brand claims that trackpad functions are completely reimagined for better user experience on the iPad. It is backlit, has smooth angle adjustment, and unfortunately it won’t be available up until May this year. But know that it will be compatible with last year’s iPad Pros as well. Interesting, right?