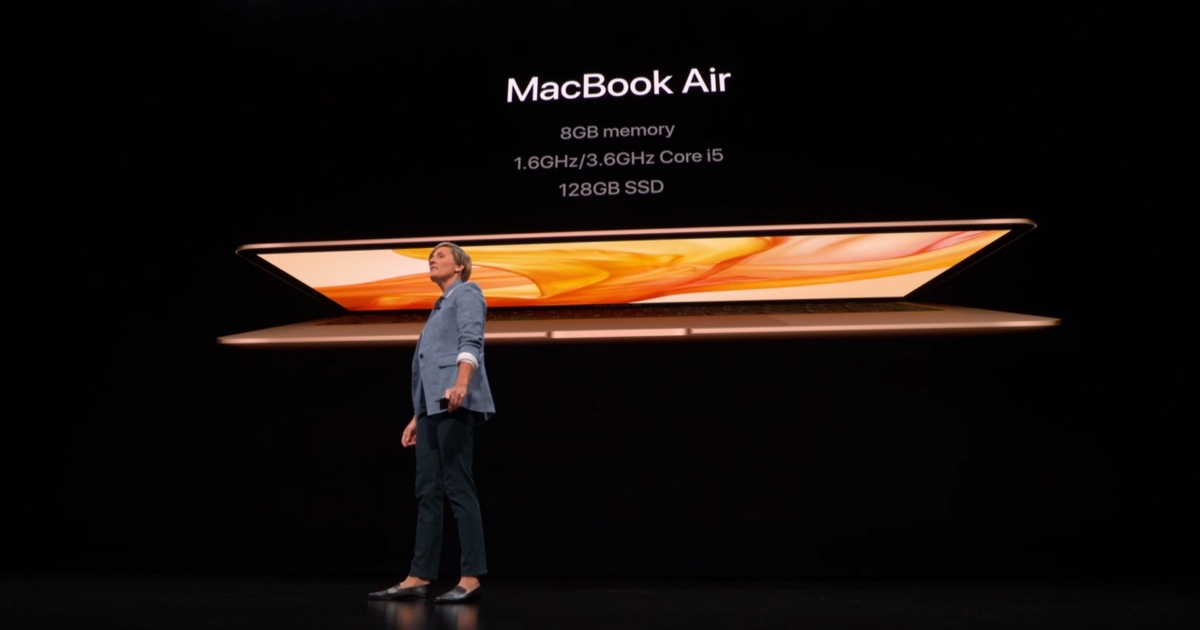 Apple’s hardware event is here and the company has kicked it off with one of the most anticipated device launches. The Cupertino giant has finally launched the update for the MacBook Air, which packs along some pretty impressive updates.

The MacBook Air (2018) comes in a sleeker chassis that is just 15.6mm thin, making it 10 percent thinner than the previous air. It weighs 2.75 pounds (~1.25kg), has 17 percent less volume than its predecessor. The new MacBook Air follows a minimal strategy when it comes to connectivity. It comes with two USB-C ports and a headphone jack. However, there is Touch ID support, integrated into the keyboard. While that is great news, it does come with the lately-criticized butterfly switches on the keyboard. 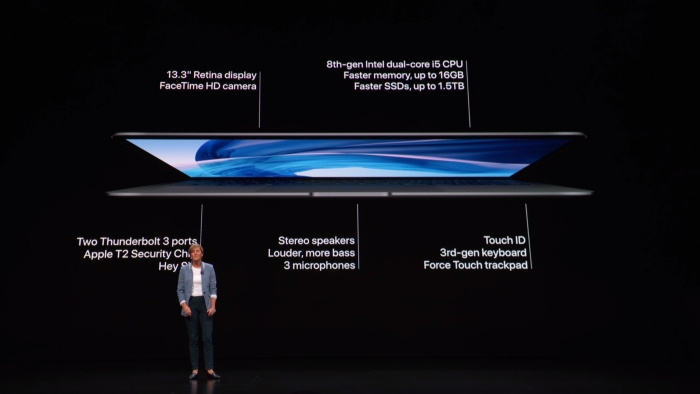 The new MacBook air also ditches the traditional display for a Retina Display. The laptop packs a new Retina Display with 4 million pixels. The new MacBook Air also features Apple’s T2 security chip, which ensures that software loaded during the boot process has not been tampered with.

Under the hood, the Apple MacBook Air comes with an 8th-gen Intel Core i5 processor with up to 16GB of RAM and up to 1.5TB of SSD storage. The company claims a battery life of up to 12 hours of web browsing and 13 hours of iTunes movie playback. 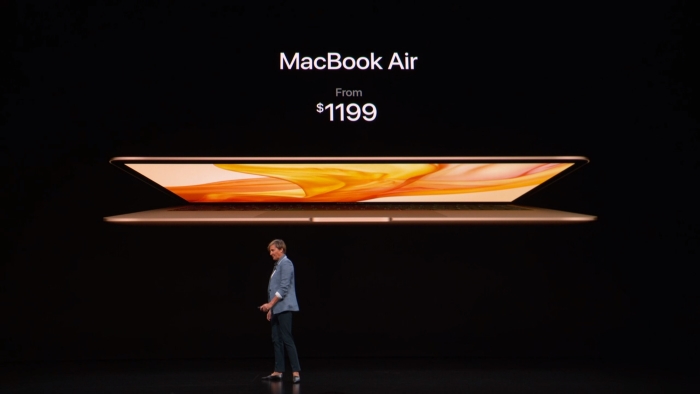