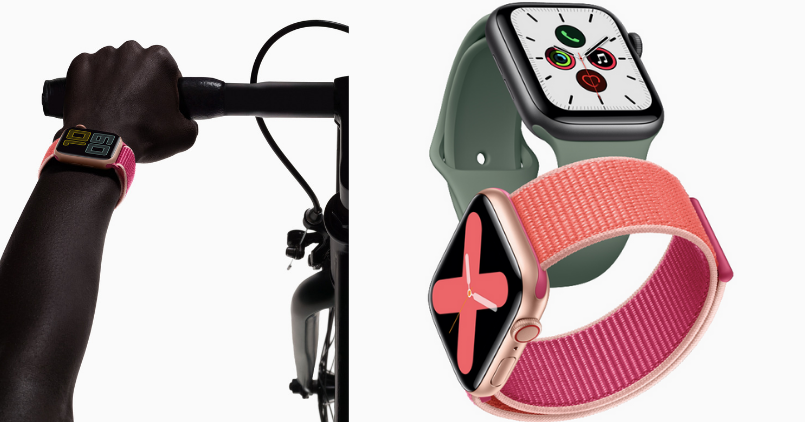 Apple has introduced the fifth generation smartwatch at its Apple Special Event last night. The new watch isn’t an iterative upgrade but rather a significant one. The highlight of the new Apple Watch Series 5 is the introduction of the Always-on display. Yes, the feature most of you Apple fanboys have been asking is finally here on the new Series 5.

The Cupertino-based giant has released an upgrade to it’s Series 4. The new Watch Series 5 comes with an all-new Retina Display. The new iteration watch will never sleep. This means you can take a look at time and notifications easily.

To making battery adjustment, they have made use of low-temperature poly silicone and oxide display (LTPO), which is said to be power efficient. The company claims that its new watch still offers up to 18 hours of battery life.

Boasting the WatchOS 6, which was announced earlier this year would be coming to the new Apple Watch Series 5. There are numerous health and fitness features included. Tracking such as menstrual cycle, Noise app to understand surrounding sound levels, and activity trends are now included in the new WatchOS 6.

Interestingly, Apple has added a compass feature on the all-new Watch, which will further improve the navigation. The Maps app is also updated with improved navigation features.

There’s one more new feature called International Emergency calling, which irrespective of the country will work. It will inform the emergency contacts when the user falls and remain motionless for over a minute. Note that this feature won’t require your watch to be connected to your iPhone. It’ll work irrespective of it.

The new Apple Watch Series 5 price will start at Rs 40,990. This will be the GPS model, while for the GPS + cellular variant, you’d have to pay Rs 49,900. The availability starts from September 27 in India. The Nike Edition is said to go on sale from October 4. The Series 3 will be retailed at Rs 20,900, in case you want to take the jump on Apple Watch first time.