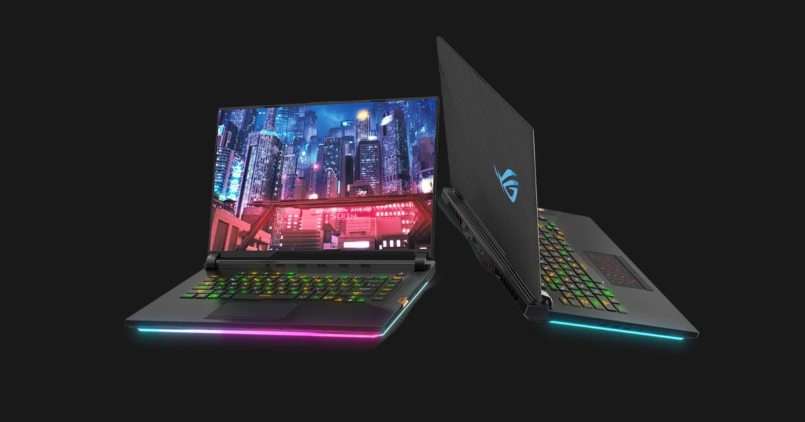 ASUS recently launched their new gaming laptops under the Republic of Gamers (ROG) brand at RE:DEFINE 2019. The all new ROG Strix SCAR III and Hero III models are designed to deliver the speed, precision, and responsiveness required for high-level play.

The ASUS ROG laptops now come with updated designs, that bring out the gamer look with the added RGB flair. The ASUS ROG Strix Scar III features a Gunmetal Grey color with a carbon-weave pattern on the inside. The Hero III, on the other hand, features a Midnight Black color and comes with a cyber-text pattern. Both laptops have RGB lighting all around the base, which can sync with the RGB lighting on the logo. Also, both are available in either 15.6-inch or 17.3-inch display sizes. It is interesting to note that ASUS has designed the laptops in collaboration with BMW Designworks.

Under the hood, both the laptops come with the latest hardware specs all around. Both the laptops can be configured with the latest 9th generation Intel Core i9-9980H CPU. As for the graphics, the max variants come with support for the Nvidia RTX 2070 GPU. If you don’t want to sell a lot, there are also options with the newly launched GTX 1660 Ti GPU. The laptops support up to 32GB of DDR4-2666 RAM and 1TB of M.2 NVMe SSD.

As for the display, You can equip them with refresh rates up to 144Hz. If you want more speed, the 15.6-inch variant also comes with a 240Hz display panel variant. All of these panels will offer a 3ms response time and have thin bezels. ASUS has also pointed out improvements in the thermals department. The company claims you get 33 percent thinner fan blades that offer 17 percent better airflow and better cooling under heavy load.