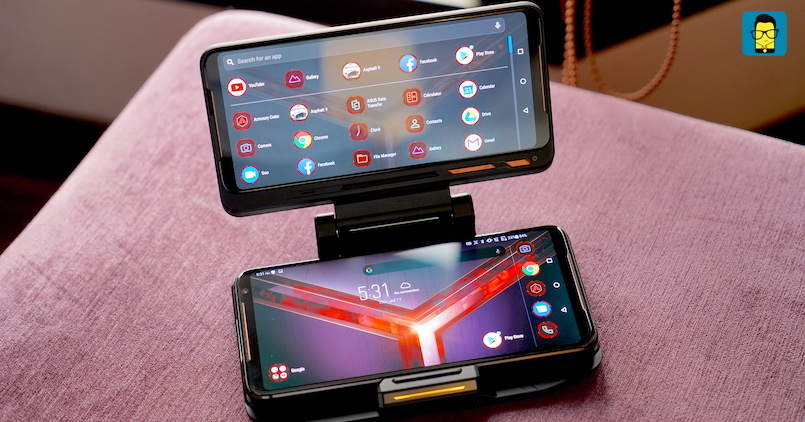 ASUS has unveiled its new smartphone, it is called ASUS ROG Phone 2. It will retail in the country in 1 colors variants including Gray. The handset will be made out of Glass, Metal. It is said to sport a 9.78mm thickness.

Talking about the display of the ASUS ROG Phone 2, it is a 6.6-inches display with a resolution of 1080 x 2160 pixels. This means the pixel density of the screen is at 372 ppi. It is an AMOLED panel, which comes with a 19.5:9 aspect ratio. The screen-to-body ratio of the device is at 82.43%. The company teases that its display has a Capacitive, Multi-touch, Scratch resistant, Corning Gorilla Glass, 2.5D curved glass screen, Bluelight Filter, 120 Hz refresh rate, 1 ms response time, HDR.

The ASUS ROG Phone 2 is powered by a Qualcomm Snapdragon 855 Plus chipset, which comes with 8 Cores and clocks at 2.96 GHz. It is accompanied by up to 12GB of RAM and 512GB of internal storage capacity. In terms of performance, ASUS claims that while using GameBench, the ROG Phone II maintained 98% fps stability in PUBG Mobile while throwing smoke grenades and Molotov cocktails for 5 minutes in the game’s training mode. As for software, it will be running on the Android 9.0 Pie. Note that the external storage is not expandable. It comes with a fingerprint sensor. As far as the battery life is concerned, its 6000mAh battery juice claims a day’s life. Further, the device comes with support for 30W fast charging as well. There are also dual high-end vibrating motors XYZ axis for surround feel.

Take a look at the detail specifications of the new ASUS ROG Phone 2 smartphone in the table below.

Apart from the phone itself, the company has also announced a slew of accessories to go along with the product. The list includes an AeroActive Cooler II, an Aero Case, a TwinView Dock II, the ROG Kunai Gamepad, a Mobile Desktop Dock, a Pro Dock, a WiGig Display Dock Plus, and a ROG Lighting Armor Case. You can take a look at them in the poster below. 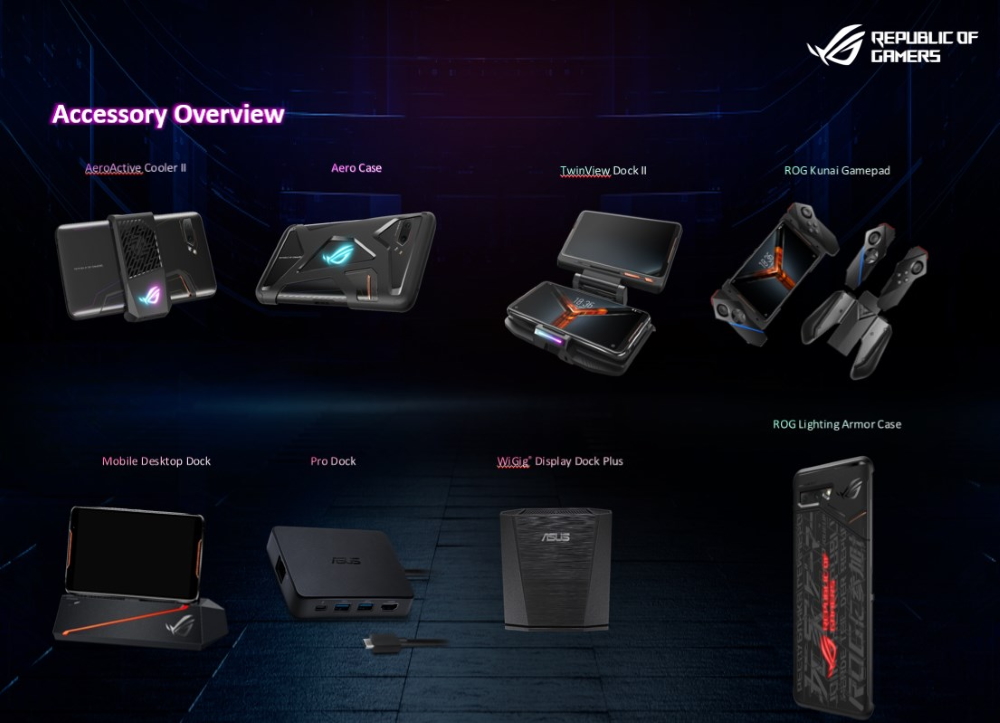 The launch price of the ASUS ROG Phone 2 smartphone hasn’t been revealed yet. That said, the device will be launched officially in China on July 23. This will give us a better understanding of the price. However, do note that the China launch prices do not directly get converted to the Indian launch prices. Nonetheless, stay tuned to Mr. Phone to get notified of all the buzz in the smartphone world.