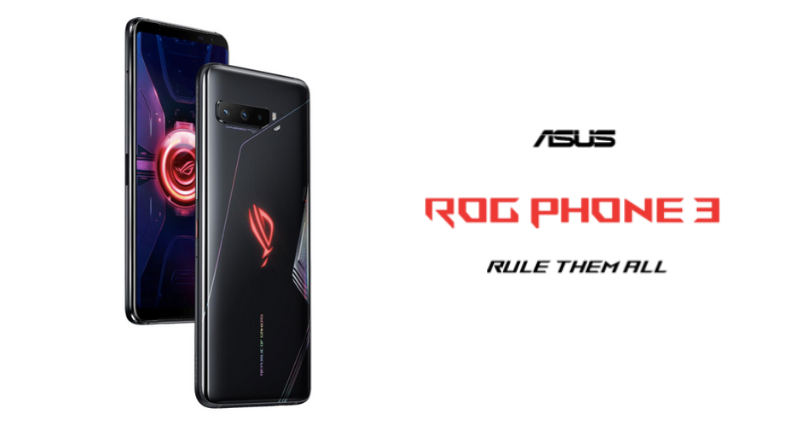 ASUS has launched its third iteration of the ROG Phone, the all-new ROG Phone 3 is announced in India Today at an online-only event. And the highlight of the phone is that it’ll be the world’s first Snapdragon 865+ processor-enabled smartphone. Speaking about the pricing of the ASUS ROG Phone 3, it starts at Rs 49,999 for the 8GB + 128GB model, while the 12GB + 256GB model will retail for Rs 57,999.

The new ROG Phone 3 will be Flipkart exclusive smartphone. It will go on sale starting 6th August.

Sporting a 6.59-inch FHD+ resolution AMOLED display with 391 ppi pixel density, and 19.5:9 aspect ratio. The display comes with a 144Hz refresh rate and supports HDR10+ content. It has a touch sampling rate of 270Hz and 25ms touch latency. With Corning Gorilla Glass 6 protection, it comes with DCI-P3 certification. The maximum peak brightness support of 1000nits available on the ROG Phone 3.

Equipped with Qualcomm’s Snapdragon 865+, which is the latest flagship chipset, it is accompanied by Adreno 650 GPU. It comes in two configurations as mentioned above. There’s no external memory expansion support.

Speaking about the camera department, it has a triple rear camera setup, where the primary lens is a 64MP Sony IMX686 sensor. The secondary lens is of 13MP, which is ultra-wide in nature. The third lens is of 5MP resolution, which is a macro lens. On the front, ASUS ROG Phone 3 comes with 24MP selfie cameras.

All this is powered by a massive 6000mAh capacity battery with 30W fast charging support. The device weighs at 240 grams, and has a thickness of 9.85mm. It will be running on Android 10 based on ROG UI. The device has a 48 pin customised connector on the side and a Type-C connector on the bottom. As far as the connectivity is concerned, it has all the essentials and a 5G network support.

The phone comes with a Hi-Res audio output which is said to be 4 times better than CD quality. It has a ROG GameFX audio system for the improved in-game audio experience. Further, new AudioWizard with multiple listening profiles tuned by Dirac. Also, note that it has a 0-magnet stereo speaker with a dual NXP smart amplifier for louder and deeps sound effects. The dual-front facing speakers with GameFX and Dirac HD sounds make for an incredible sound experience, as per the brand. 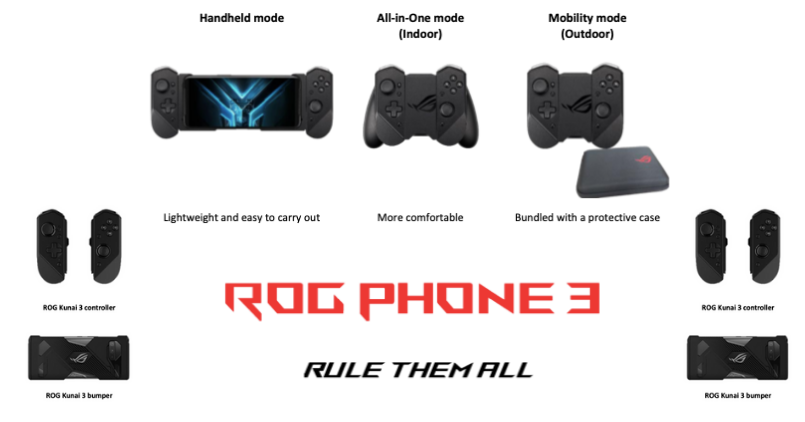 ROG Phone 3 is the ultimate gaming smartphone with an arsenal of great (optional) accessories: