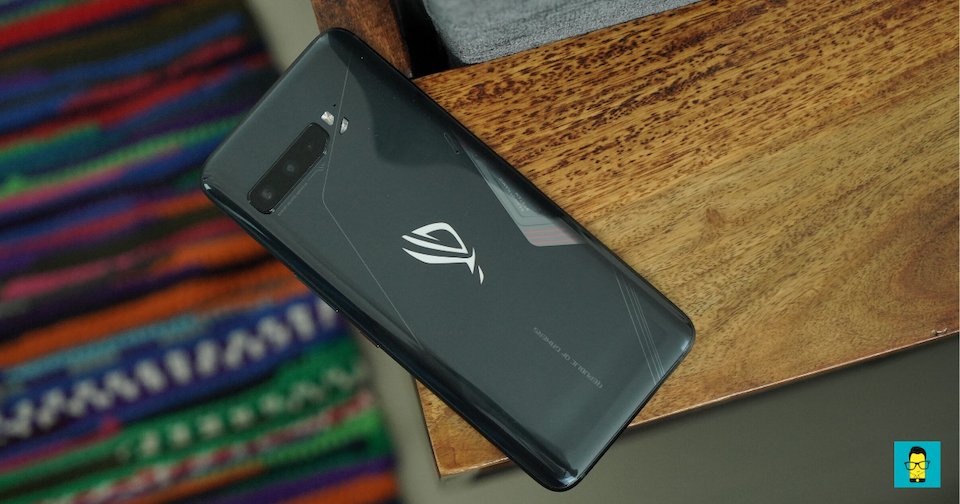 You guys know it, I am coming from a OnePlus Nord and this right here with me is the new ASUS ROG Phone 3. These two phones are at completely different ends of the spectrum. While the Nord is going for a more mainstream appeal, the ROG Phone 3 is a threequel that hopes to push the limits of mobile phone gaming.

Considering the ROG Phone 2 was such a raging success — at least as far as smartphone gamers — are concerned, the ROG Phone 3 is definitely an exciting device to take a look at.

So, the ROG Phone 3 continues to be a gargantuan piece of hardware that can easily pull down your pants if you put it inside a pocket. This phone weighs a whopping 240gms and is almost touching 10mm of thickness. But, all this so it can fit in some beefy internals including a massive 6000mAh battery. The weight is distributed well, whether you hold it in portrait mode or in landscape. A “slim and compact design” is the tradeoff you have to live with if you want one of the best gaming experiences on a phone. 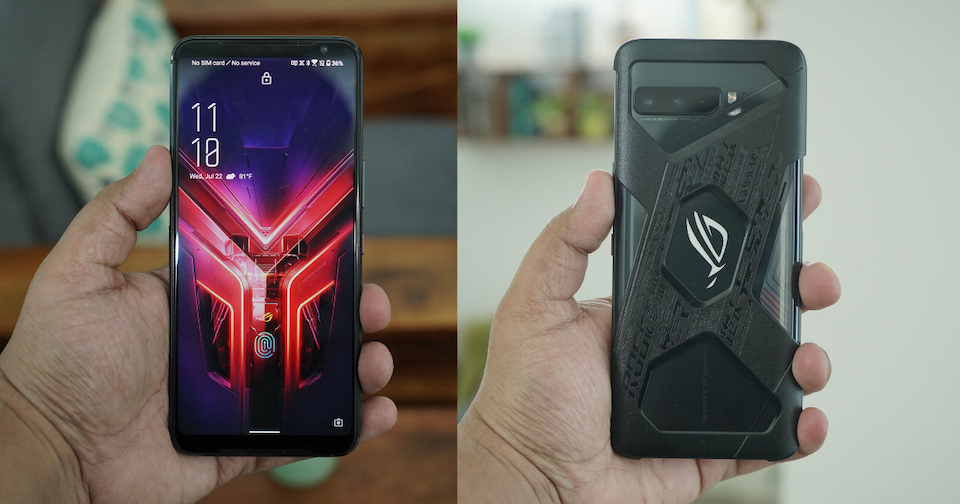 Anyway, the back has that outlandish design like I mentioned before and it continues to use Corning’s Gorilla Glass 3 for protection. It now includes a triple camera module on the rear that has a weird breakaway in the design. Plus, don’t these two flash modules look oddly designed as well? This complete disregard for symmetry is totally whimsical. The ROG logo that you can see in the rear is actually lit up by colourful LEDs and it is completely customisable as well. Remember the large vent from the ROG phone 2, well that has now changed into a smaller one. Tiny design refinements like these are clearly evident on the ROG Phone 3.

The accented power button along with the volume rocker are on the right edge. A USB Type C port is at the bottom and it is of the USB 2.0 spec. Confused why ASUS has done this? This means you can’t stream games using a capture card. Well, worry not because the ROG Phone 3 has another USB Type C port on the right edge, which is of the USB 3.1 (Gen 2) spec. Very smart move considering most gamers will be streaming games in landscape mode exclusively. You can also use this port to charge your device as well. Plus, it also doubles up as the Smart Connector for the other accessories. 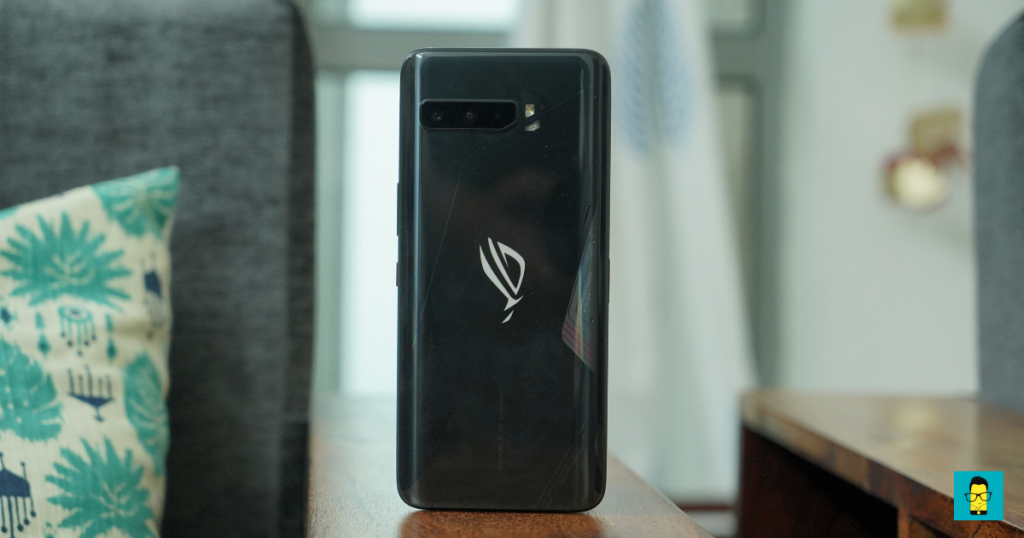 By the way, you now get four mics with ASUS noise reduction tech. One’s at the bottom next to the Type-C port, another one is on the top, then there’s one next to the power button, and the final one is right next to the flash module. Furthermore, the same Wi-Fi antenna setup from the ROG Phone 2 — with four antennas placed strategically across the device — is present on this iteration as well.

But, did you guys notice something? The headphone jack is now gone. Poof. That said, you do get a Type-C to 3.5mm dongle in the box and it works with both the Type-C port, so there’s some respite. 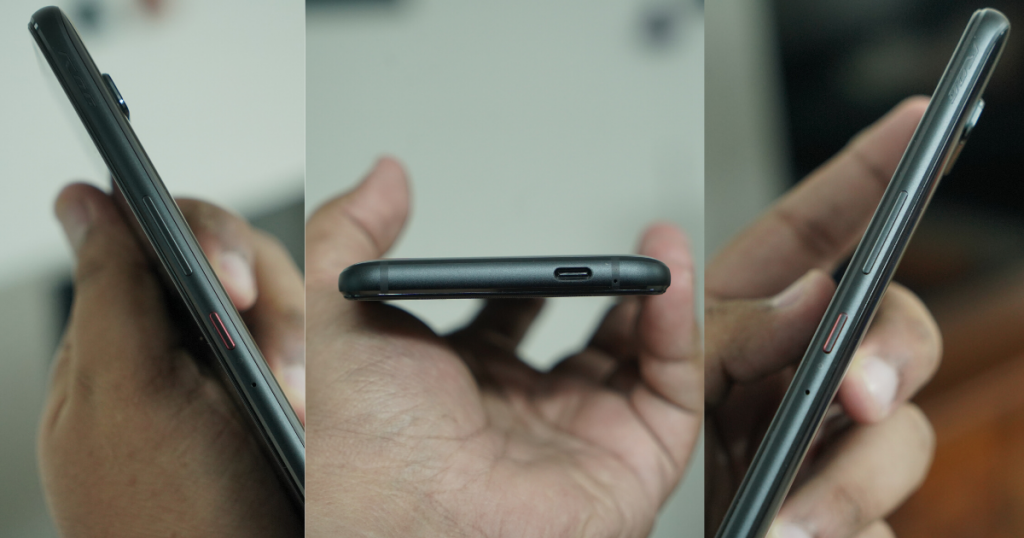 Finally, you get the Air Triggers. And, they’ve also been upgraded now to offer split buttons. You can tap on them as usual or have a dual partition for L1/L2 and R1/R2 settings. This just gives a crazy competitive edge for gamers using an ROG Phone 3. And, not to mention the linear vibration motor offers precise haptics with the Air Triggers, and, in fact, the entire phone for regular functions as well.

On the front, once again ASUS has gone for bezels but no notch. This is purposefully designed so as to ensure that you get some sort of palm rest while gaming in landscape mode. The front camera sits on this bezel along with the front-facing speaker grilles on the top and the bottom. This speaker is super loud and uses dual Smart Amps as well for audio. 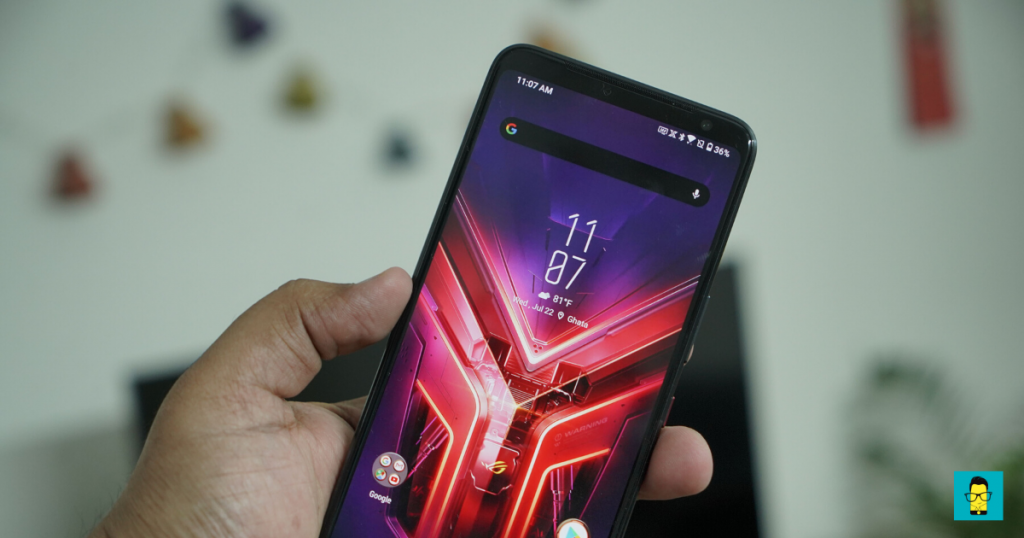 The 6.59-inch display, protected by Corning Gorilla Glass 6, goes for an overkill. This FHD+ AMOLED panel has a refresh rate of 144Hz/1ms now. In fact, you can switch between 60, 90, 120, and 144Hz on the fly and the ROG Phone 3 also displays the refresh rate on the notifications panel. Add a touch sampling rate of 270Hz and touch latency of 25ms, which is the lowest in the industry, you have a potent gaming setup ready for you right there.

That’s not it though, the display has a Delta E<1, which means that it is incredibly colour accurate. It can also go up to a peak brightness of 1000 nits. And finally, it has support for HDR video playback as well.

As for the hardware, this is the world’s first phone with SD865+, which is also the world’s first processor to have cracked the 3GHz barrier with the Prime CPU Core. The Adreno 650GPU is also 10% faster than the one inside the SD865. Apart from this you get 8/12GB of LPDDR5 RAM and correspondingly 128/256GB of UFS 3.1 storage. Obviously, all this results in breakneck performance and of course, support for 5G networks as well. More in our full review.

Powering all this is the same massive 6000mAh battery but it is now ably supported by a QC 4 compliant 30W hyper charge technology. We are eager to test out how long it takes to charge from 0 to 100. 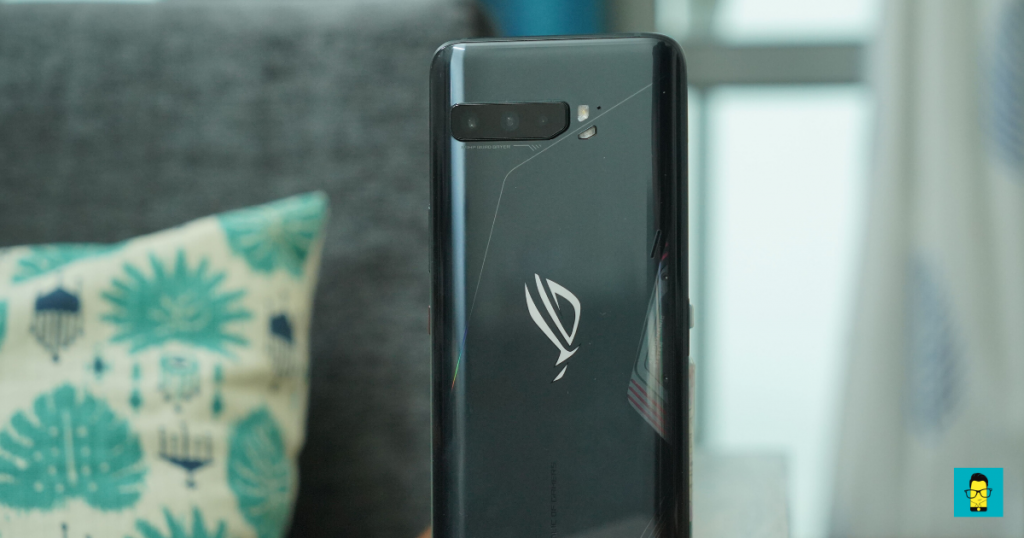 As for the cameras, you get a 64MP Sony IMX686 sensor with an attached f/1.8 lens. The secondary camera is a 13MP unit that goes as wide as 125-degrees or 11mm in 35mm equivalent. And finally, you get a 5MP macro. On the front, there’s a 24MP selfie camera. This is a fairly sensible camera setup but you’ll have to wait for our full review for camera samples.

Obviously, if it is a gaming phone the overlying UI on top of Android 10 has to be outlandish as well. Well, the best part is ASUS gives you the option to choose between Classic mode and Gaming mode. I chose the Classic mode immediately because it was much cleaner. Except for Facebook, Netflix, and Instagram, the phone is generally free of bloatware. You can uninstall these as well. 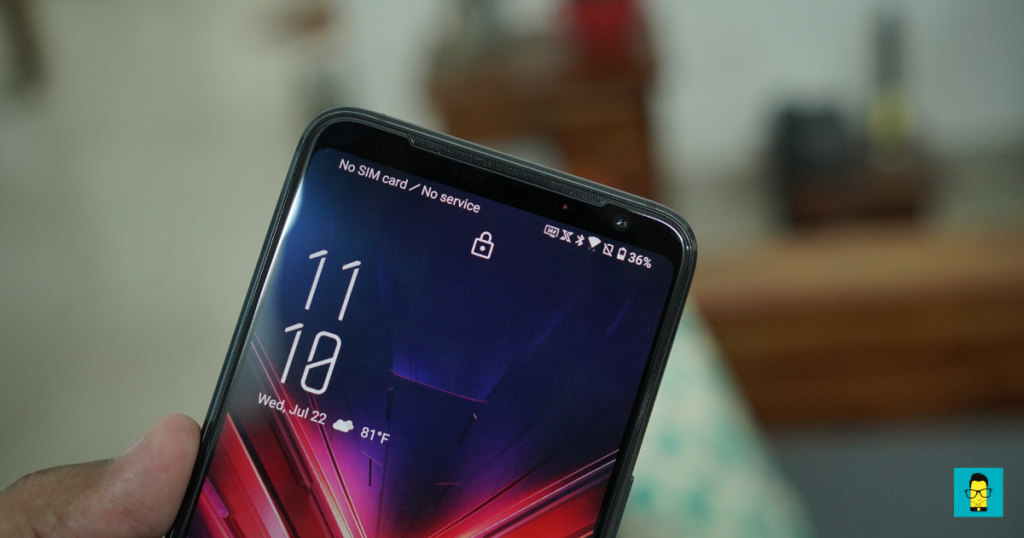 There’s also the Armoury Crate app for gaming that lets you customise every minute setting individually for each game. From adjusting the in-game lighting to locking the brightness setting to rejecting calls to actually customising the CPU/GPU speeds, this app is extremely flexible. I am not even scratching the surface when it comes to the sheer number of options that are actually available.

So yeah, here’s the thing, the ROG Phone 3 is in every conceivable way an exercise in excess. But, this excess is warranted considering it is going after the niche of “gamers,” who generally revel in flexing their hardware specs. My first impressions of the phone are very good despite the fact that ASUS has dropped the headphone jack. What’ll now matter is the pricing. If ASUS manages to keep it under the 50k price mark like I predicted before, then this phone will definitely find some takers. But, if it manages to pull off something like it did last time with the ROG Phone 2 then we are in for a treat. 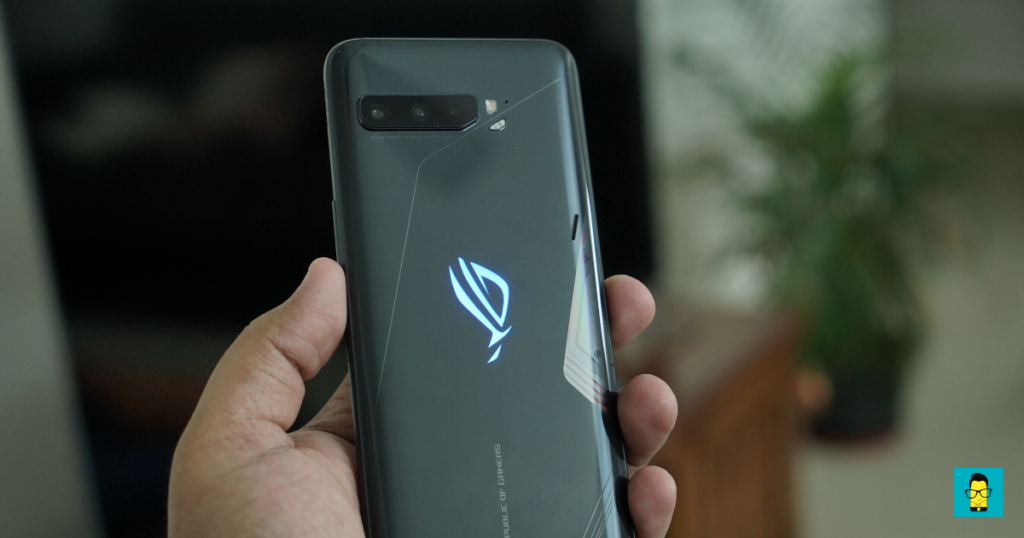 What do you guys think of the ROG Phone 3? Do let me know in the comments section below. This is Ershad from Mr. Phone signing off. Goodbye and Godspeed my friends.