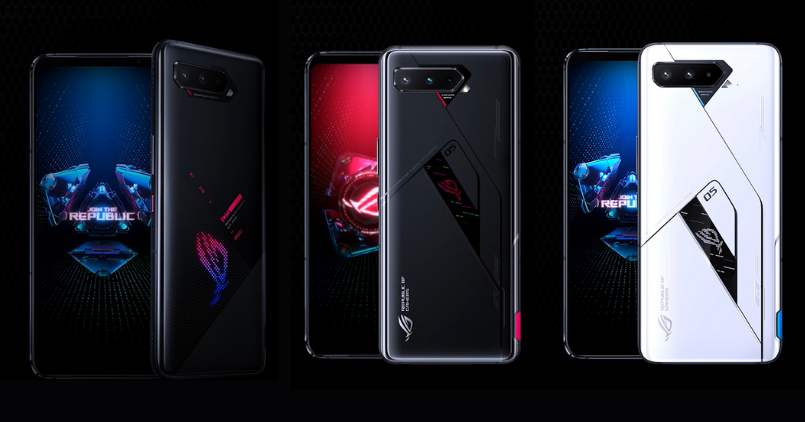 ASUS’ Republic of Gamers has come up with the latest ASUS ROG Phone 5 gaming smartphone in the country. It packs in all the top of the line specifications along with improved gaming enhancements be it controls/accessories or thermal cooling. It is also the second gaming device to feature a 144Hz refresh rate display. The much-anticipated gaming device is now official in the country and starts at Rs 49,999. The device will be available for purchase through Flipkart starting from April 15th, 2021.

The ROG Phone 5 features a dotted matrix design on the back and the camera module remains intact like the predecessor. The styling aspect of the device is perhaps inspired by anime, the company suggests. The device further comes with an upgraded AirTrigger 5 with touch and motion sensors on the top and bottom sides of the device on the side. 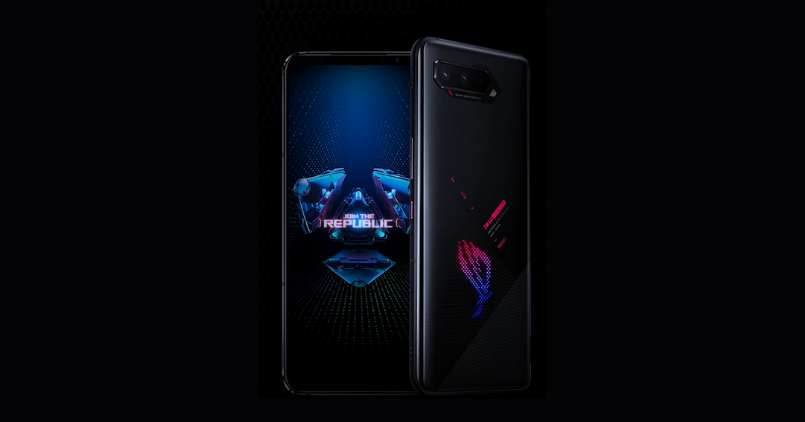 Also, along with AirTrigger 5 users can use the advanced AeroActive Cooler 5 accessory, which attests to the device on the back. It claims to cool down CPU temperatures by 10-degrees during extensive gameplay. Apart from the AeroActive Cooler 5, the company is also bringing other cool accessories including — ROG Kunai 3 gamepad, ROG clip (to connect to gaming controller), aero case, and lightning armour case, for protection.

On the front, the ROG Phone 5 has a 144Hz refresh rate display; the AMOLED panel here is developed by Samsung, which measures 6.78-inches. There’s Victus Gorilla Glass on top of it for protection. The highlight features of the display include 300Hz touch sampling rate, 24.3 milliseconds touch latency, Always-On HDR, Delta E <1 accuracy, HDR10+ certification, and DC dimming technology.

ASUS ROG Phone 5 — Under the hood

The ROG Phone 5 tends to be a powerful gaming device hence it packs in Qualcomm’s flagship Snapdragon 888 SoC. The 5nm octa-core processor not only brings 5G capabilities to the device; but also achieves clock speeds of up to 2.8GHz, which is essential considering the segment the device falls in.

Adding to the performance, the device also features up to 16GB faster LPDDR5 RAM coupled with up to 512GB of built-in storage (UFS 3.1). When it comes to benchmark scores; ASUS says the ROG Phone 5 is ahead with Mi 11 and Samsung Galaxy S21 Ultra, in comparison; both in Antutu and Geekbench scores.

To check the performance on the device and to make it intact, ROG is also bringing a new performance manager on the gaming device. This tool includes different modes comprising — X MODE, X MODE+, DYNAMIC, ULTRA DURABLE, and Advanced.

Both X Modes here enable performance tweaks with higher clock speeds, enable higher refresh rates, and touch input sensitivity; also activate HyperFusion for network speeds. The Ultra-Durable mode is self-explanatory and works conversely with the X modes by restricting tweaks. The advanced mode, on the other hand, lets users customise the aforementioned tweaks as per their requirements.

Along with the 3D vapour chamber, the device utilises graphite and aluminium frame to control heat dissipation and to achieve optimal thermal performance. Further, in the gameplay, the device brings in Haptic audio, scout mode, Quick control, E-sport mode, to name a few.

For instance, the monstrous battery can be charged for up to 70% in a mere thirty-minutes. Interestingly the USB Type-C charge port is side-mounted in the centre on the ROG Phone 5 to have a better gaming experience even while charging.

There are triple rear cameras set up on the ROG Phone 5. There’s 64MP Sony’s IMX686 wide camera acting as the primary sensor. It is coupled with a 13MP ultra wide-angle camera and a 2MP macro camera. On the front, the device attains a 24MP selfie shooter. For video, the rear cameras support up to 8K video recording at 30fps. It further supports 4K HDR, 4K slo-mo at 120fps, as well as 4K timelapse.

There are a couple of other variants in the ROG Phone 5 series: the ROG Phone 5 Pro, and the ROG Phone 5 Ultimate. The Pro variant brings in ROG Vision (the smaller OLED display enclosed on the back) with six different scenarios, customisable editors, and various pre-loaded animations/filers. It further comes with game titles inspired theme packs. 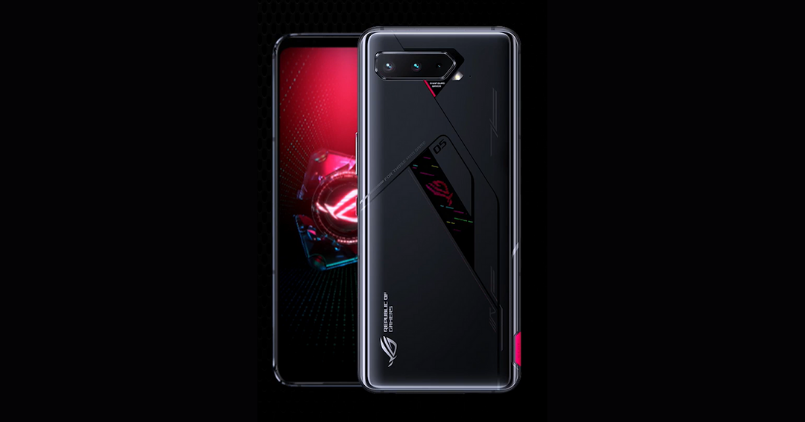 Meanwhile, the ROG Phone 5 Ultimate features a different monochrome design on the back featuring a white colour finish. This also has six scenarios and preloaded animations on the rear as the Pro variant. The highlight of the Ultimate variant is that it sports a whopping 18GB of RAM (LPDDR5), which makes it the first device in the world. Both the Pro and Ultimate devices come with hidden AirTrigger 5 touchpad controls on the rear. 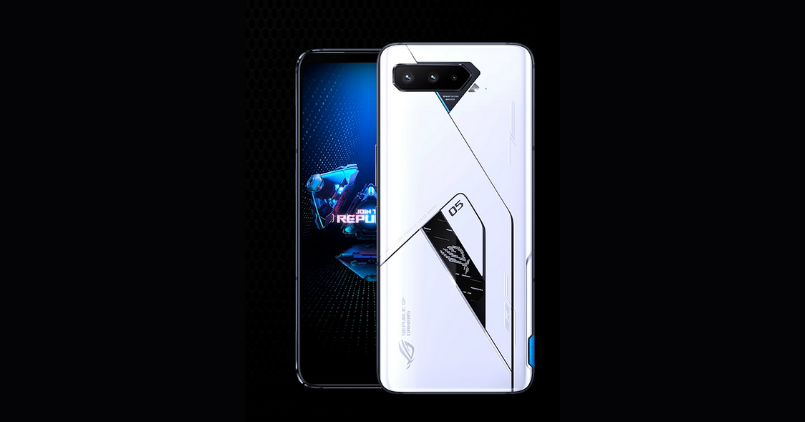 The other highlights of the device include audio featuring symmetrical dual front-facing speakers and a 3.5mm headphone jack (with high-end codec support). The speakers here receive Hi-Res audio and Qualcomm aptX Adaptive certification. And, ROG says that it has achieved a 79 score on DXOMARK Audio, which makes top in the list. The device also features a DIRAC AudioWizard that features customisable equalizers. For better in-game voice communications, the device comes with a quad microphone system.