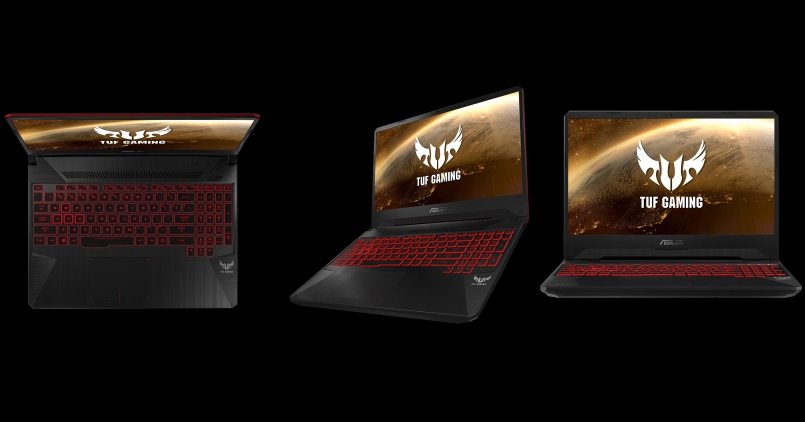 ASUS has launched new additions to its TUF range of gaming laptops. Both the ASUS TUF FX505DY and FX705DY are gaming laptops powered by AMD CPUs and GPUs. These two laptops were first announced at CES 2019 in January this year. What’s most impressive about this is that they offer great features for a very competitive price.

The main difference between the two laptops is the screen size. The ASUS TUF FX505DY and FX705DY are 15-inch and 17-inch laptops respectively. Both the laptops feature slim ‘NanoEdge’ screen borders. They also come with reinforced bodies that meet the MIL-STD-810G specification for durability. Additionally, ASUS has added a custom-designed thermal solution with independent fans for the CPU and GPU. Both of them are designed to prevent the buildup of dust.

Both gaming laptops will come with 1TB of SSHD, while the smaller FX505DY has an optional 128GB SSD. The two laptops feature 48Whr and 64Whr Li-ion batteries and weigh 2.2Kg and 2.7Kg respectively. As for RAM, both come with 8GB of DDR4 memory installed, with support up to 32GB. Both laptops are powered by the AMD Ryzen 5 3550H and feature AMD’s discrete Radeon RX 560X GPU.