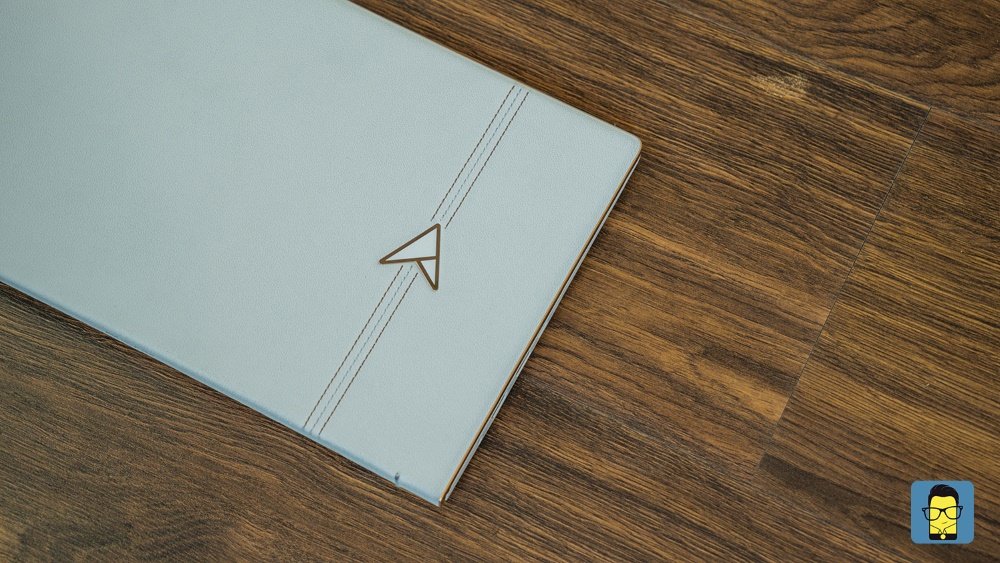 The ZenBook 13 series has become one of my best go-to laptop recommendations for ultrabooks here in India. The last ZenBook 13, the UX333, was actually a great machine, only to be let down by its sub-par audio performance and the lack of Type-C USB charging. So, ASUS recently launched the upgraded version of the ZenBook series. The new ZenBook 13 UX334 is here, and honestly, after using it for over 2 weeks, I have to say, I’m not really impressed. The same issues from the previous generation are still here, there aren’t a lot of design changes, and moreover, the new highlight this time, which is the ScreenPad leaves you mixed feelings. Want to know what I’m talking about? Well, read on, as I review the ASUS ZenBook 13 UX334, Mr. Phone style.

Note: Before I start with the review, let me clarify that I have with me the 30yr anniversary edition of the laptop. Apart from the white skin, the performance of the laptop is the same as the standard variant, so rest assured, my review will hold true for the end consumer product.

Looking at the laptop from the outside, it is actually pretty much the same package as the previous generation. Well, obviously apart from the White leather finish with gold accents. Not to rub salt in your wounds, but this thing actually looks frickking amazing. In fact, from a distance, it just looks like one of those premium journal books, and I absolutely love it. That said, as a consumer, you can buy the Royal Blue color variant of the ZenBook 13, which isn’t that bad either. In fact, it’d be just the same as the previous edition. 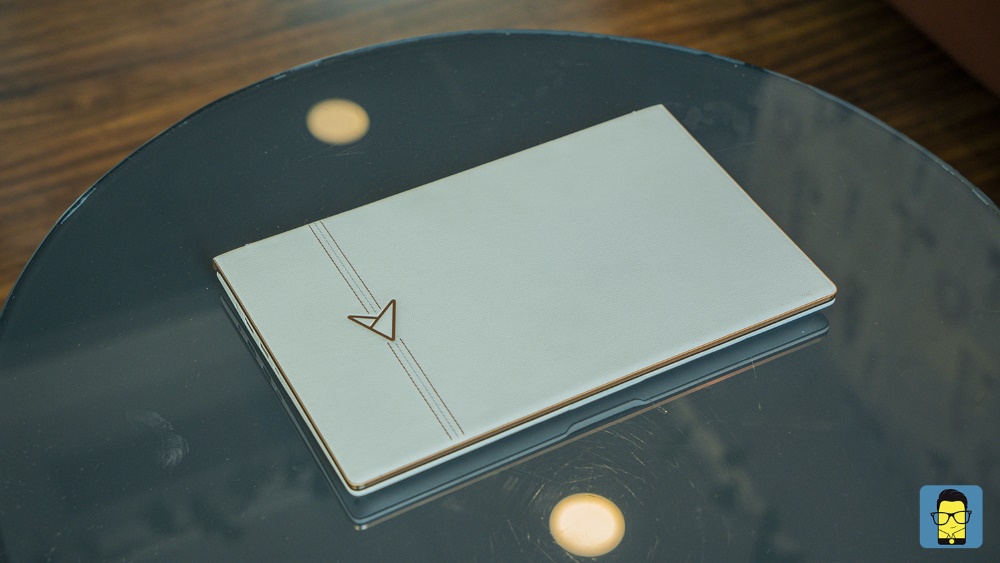 Onto the front, you get this gorgeous display. While minimizing the bezels, ASUS has managed to fit this 13.3-inch display into a smaller frame. It’s so small that it is nearly the size of an A4 sheet of paper. And that’s not where the praises end. In fact, the laptop weighs just under 1.09kgs, making it super portable. 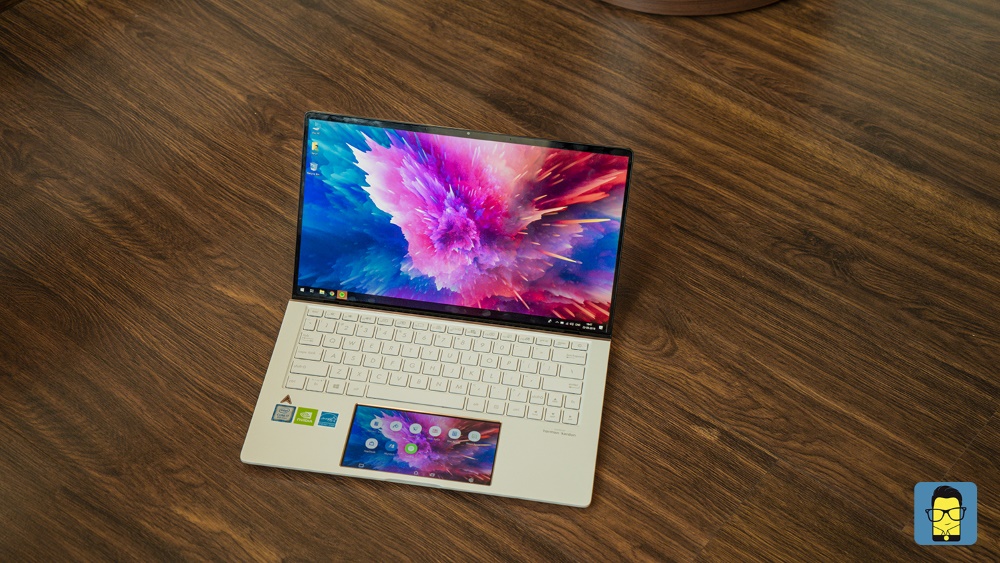 ASUS claims that this laptop offers a whopping 95% screen-to-body ratio. If you look at it, you’ll get the perception that there is no chin on this thing either. The truth is that there is one, but ASUS has very cleverly hidden it, thanks to its ErgoLift hinge design. The moment you open the laptop up, it lifts the keyboard at an angle, thus hiding the chin at the bottom of the display. What’s more, is that this hinge also serves for better cooling and uplifts the keyboard for a better typing angle. I’ll be talking about that later on this review, but for now, all I can is that the design is damn aesthetic and super appealing. 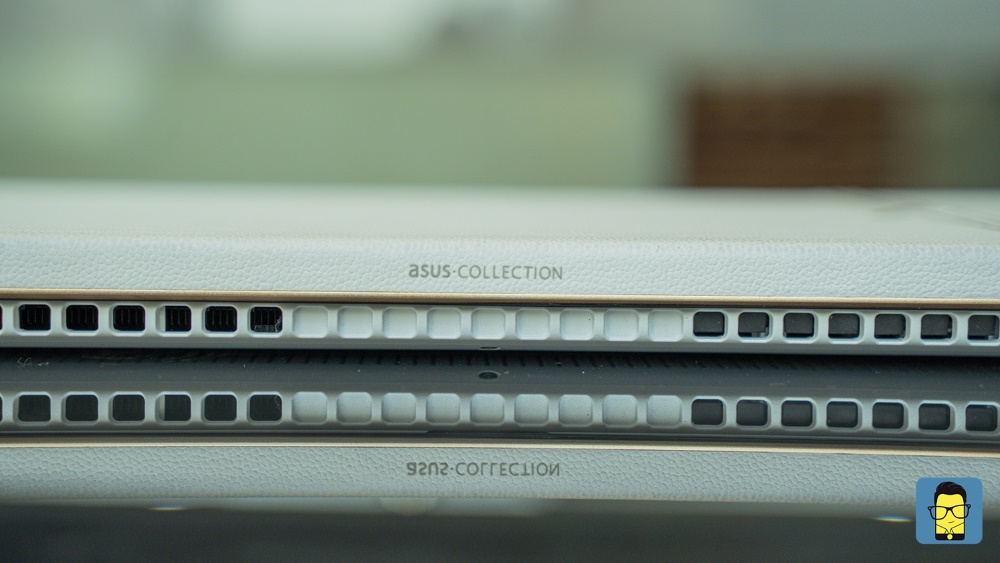 To be fair, the design and build quality are pretty much the same as last year’s. And honestly, that isn’t a bad thing. The UX333 had a great design, and why change it if it ain’t broke. I like it, and apart from the slight nitpick that it is a fingerprint magnet, I hardly have anything to complain about in this segment.

In even terms of I/O, not a lot has changed. Over to the left side, you’ll find the DC charging port, followed by a full-sized HDMI port, a USB 3.0 port, and a USB Type-C port. 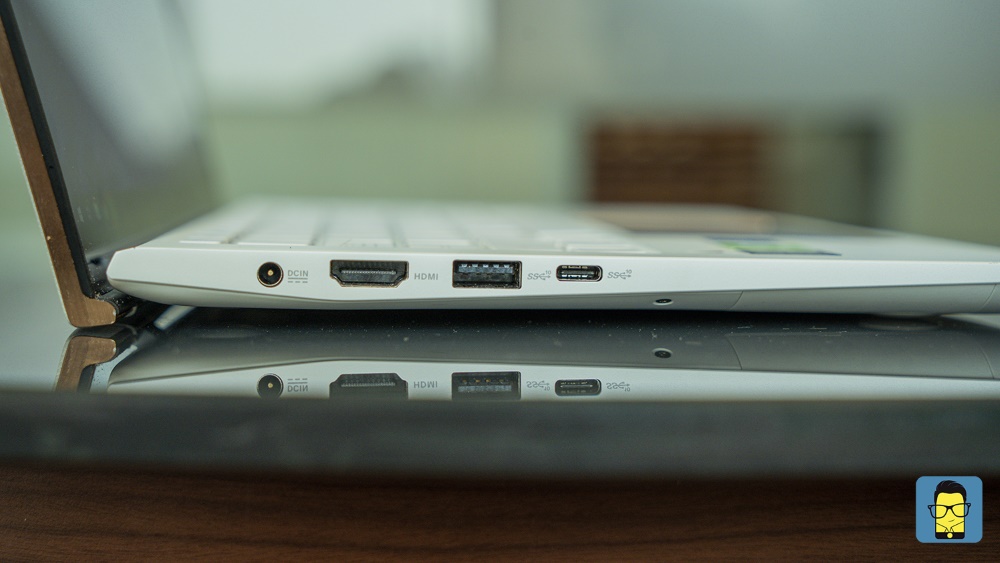 On to the right side, you get a microSD card slot, another USB-A port, and a 3.5mm headphone jack followed by the LED indicators. 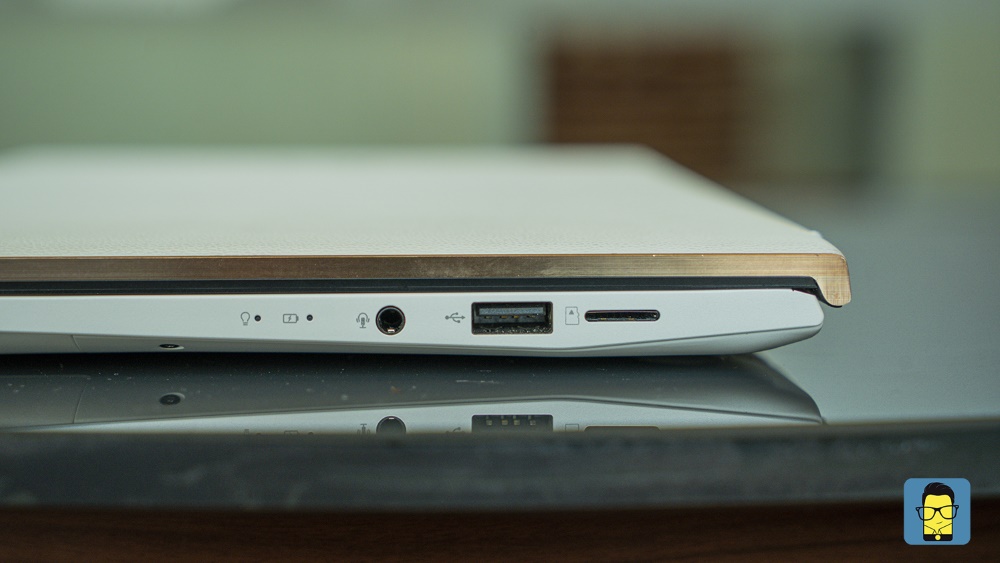 Overall, the I/O options aren’t bad. However, I’ve said it before and I’ll say it again – the lack of USB Type-C charging is really disappointing. I genuinely hope that ASUS can implement that in the 2020 series of laptops.

Coming to the display, the trend is the same as last year’s. The display is a 13.3-inch FullHD display with nearly 100% sRGB coverage. The bezels here are super minimal, thanks to ASUS’ NanoEdge display design. In fact, the entire chassis is smaller than a single sheet of A4 paper, which is great. 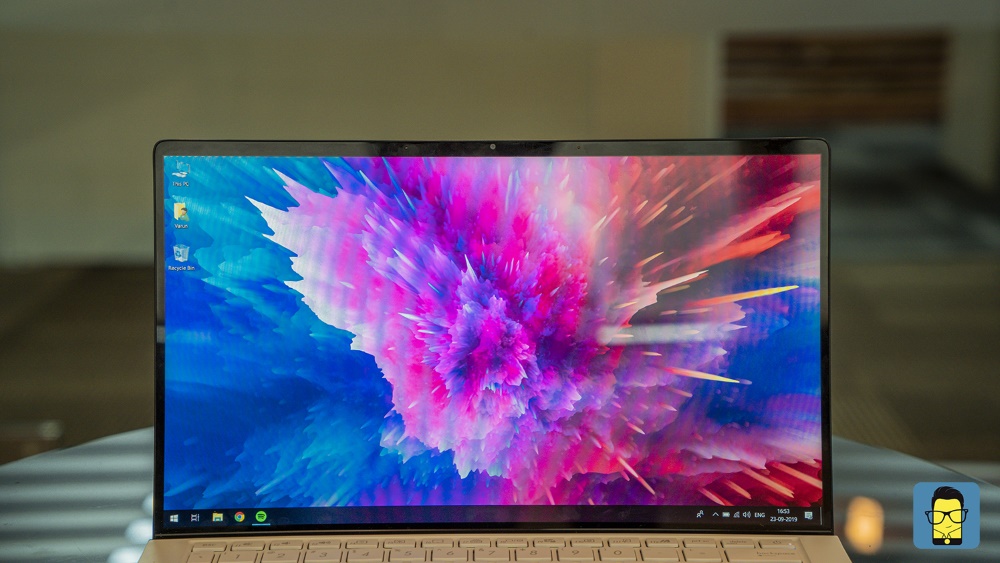 Like I highlighted previously, there is a portion of the consumers out there that expect a 4K display here. That said, on a panel this small, giving a higher resolution is going to offer no benefits, but take a big cut out of your battery life. 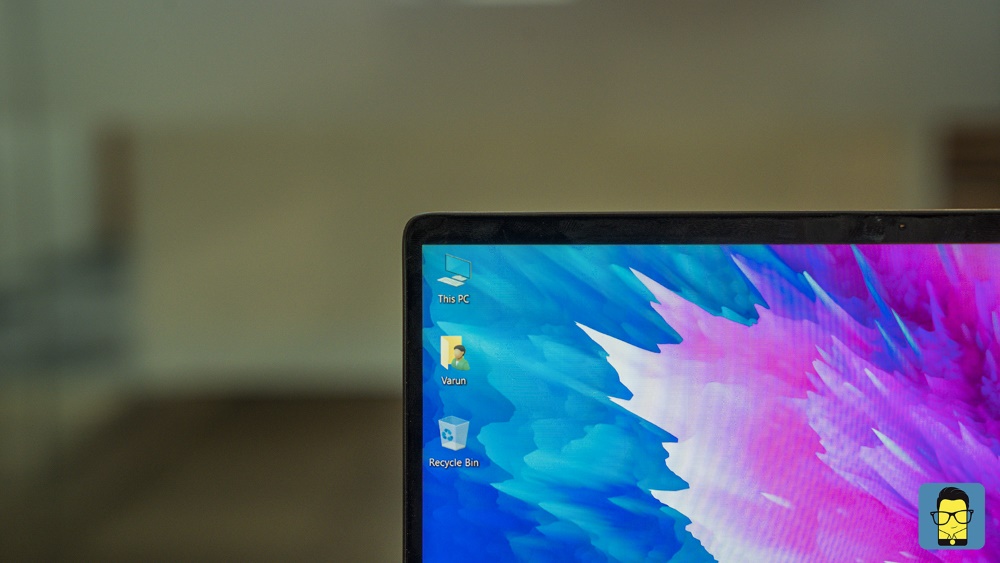 As such, I’m quite satisfied with the setup here, and there’s hardly anything to complain about. The display is compact, color-accurate, beautiful to look at and a delight to use.

Now, coming on to my first disappointment with the ASUS ZenBook 13 – the keyboard. You see, the keys here are pretty decent, and they don’t leave a lot to complain about. That said, the overall layout is what messes things up. Just like last time, you still get a dwarfed Right Shift key, which is absolutely crazy. My natural hand movement almost never managed to get the right keystroke, and I was instead constantly tapping on the Up arrow. That is one thing that my hands were just not able to adapt to. 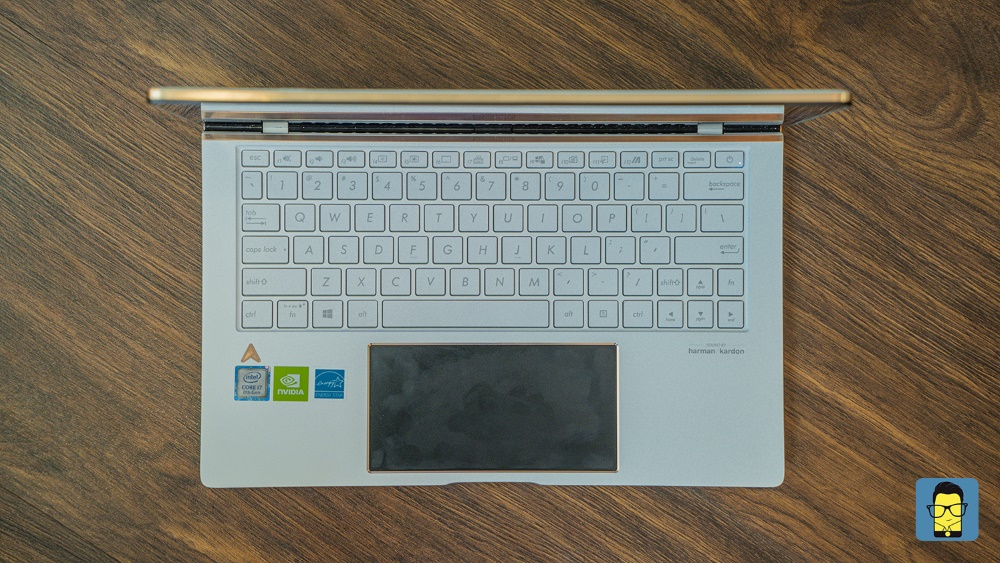 In all fairness, two weeks as a daily driver is good enough to adapt to any keyboard layout. Sadly, I was never able to get the hang of the keyboard on offer here. My average writing speed is about 68 wpm, and on the ZenBook 13 I was able to manage about 62, but with a drop in accuracy from 100% to 91%, which is just plain bad. Writing is an important part of my work, and for many users who look at the ZenBook 13, they would want a keyboard that allows them to be fast. The keystrokes are fine, and the 1.4mm key travel is great. It’s far from worse, and the average Joe who doesn’t rely on shortcuts a lot shouldn’t notice a difference, but for someone who wants to be fast, I can’t really recommend it wholeheartedly.

Coming to the TouchPad which basically is the biggest attraction (and probably the only easily noticeable change). The touchpad isn’t your standard glass touchpad. This one right here is ASUS’ second-generation ScreenPad, which aims to offer a mobile-like experience cramped inside the touchpad section. For the most part, it works fine. In fact, if you read the previous sentence again, it works just as ASUS imagined it to be – a mobile-like experience cramped inside your touchpad. Sadly, it does come with its cons. Let’s talk about the positives first. The ScreenPad here is a treat to use. You can launch apps here, set custom shortcuts and whatnot. My daily setup was basically having my main work window open on the main display, with WhatsApp or Slack open on the ScreenPad. It works seamlessly, and that’s such a great experience. It’s almost like a mini secondary display and does improve your productivity a lot. 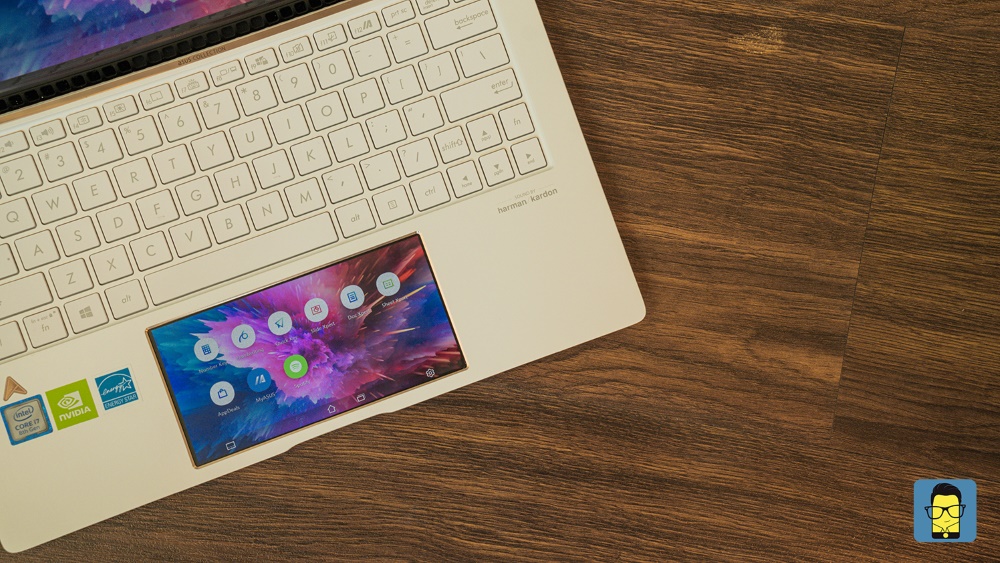 Sadly, it works best as a secondary touch display only. For my daily usage, I was using a USB mouse to use the laptop, because, with the new ScreenPad, the touchpad has gone really south. I’ve always felt ASUS lacks a bit in the touchpad game, and this time, the touchpad works really bad. Gestures don’t register half of the time, there is a slight input lag, and honestly, and tapping on it doesn’t work. Instead, you have to resort to the press mechanisms, which I’m not a fan of. I didn’t particularly like the touchpad on the previous ZenBooks and nothing has changed this time. Apart from the fact that at least ASUS has a decent excuse this time around.

On the topic of things not having changed, let’s talk about the audio. I never liked the audio performance of the ZenBook 13 UX333 and the UX334 is no different. It features the same bottom-firing speaker setup. The company claims that its ErgoLift hinge should help in making the sound bounce off the surface and be enhanced. If only that were true. 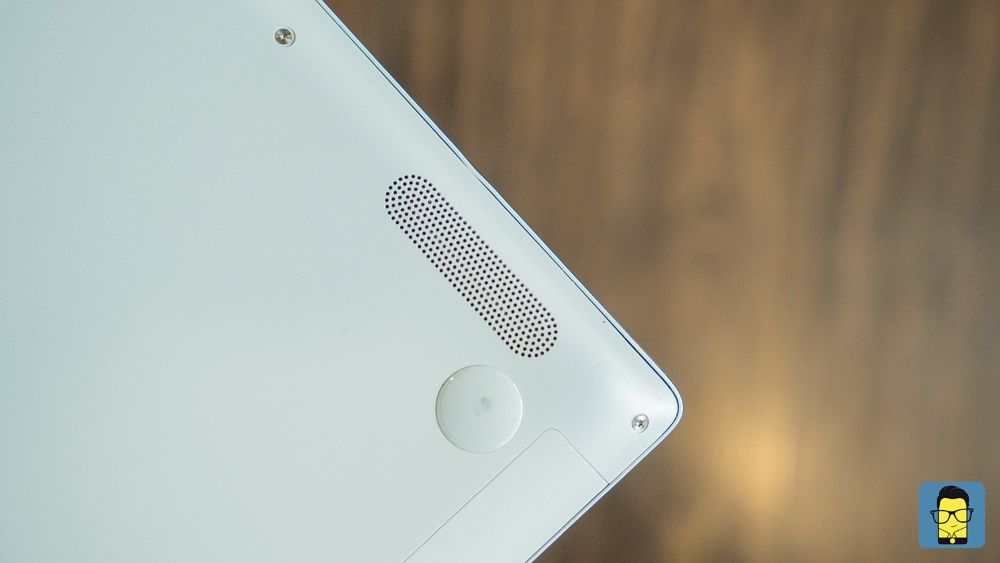 The speakers are just not loud enough. The audio is really flat, and there is hardly any bass. The vocals are hushed, and to be honest, no genre plays well on it. I wish ASUS would have focused on this aspect a bit more. If you talk about the general user who buys a ZenBook, most of them don’t really care a lot about the actual sound signature, and I agree. That said, at least let the speakers be loud enough to be heard?

Okay, now here’s an interesting bit. The review unit sent to us featured an 8th-gen Intel Core i7 processor coupled with 16GB of LPDDR3 RAM and Nvidia’s MX250 GPU. That said, for consumers out there, the laptop will come with the latest 10th-gen processors, which is a great choice. Now, while I don’t expect the performance jump to be massive, it should still be noticeable. And already, the performance of the ZenBook 13 is not bad. 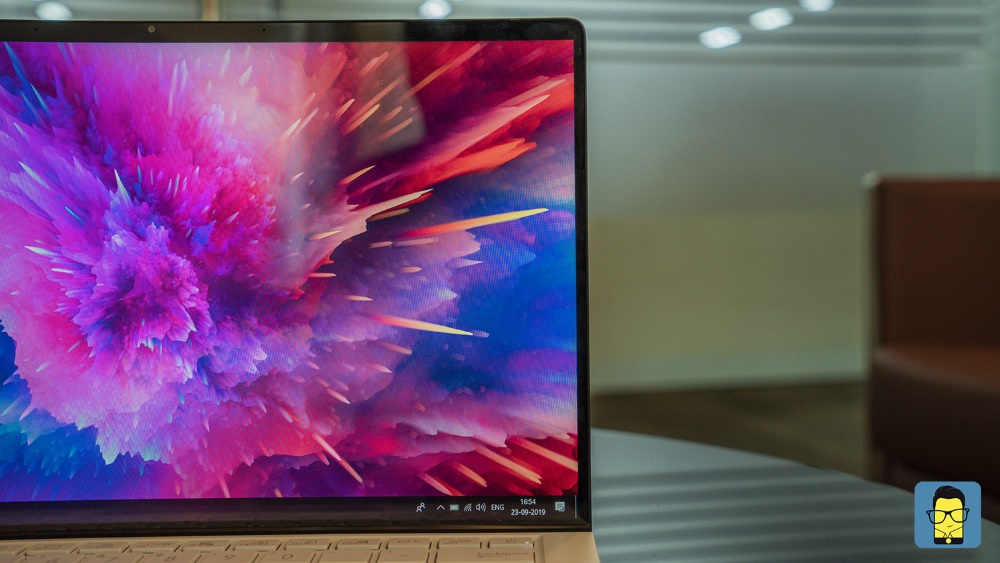 I noticed zero lag in my day to day activity, regardless of what I threw at it. The MX250 is also an upgrade over last year’s MX150 and helps you achieve slightly more frames in games such as PUBG Lite or CSGO. It’s not meant for gaming, nor for hardcore video editing, but for all the light tasks, this should work decently.

Battery life is a major concern for a lot of users who are considering ultrabooks. Mobile chipsets combined with Low Power RAM and a high battery capacity should promise good battery life, and the ZenBook 13 is no different. The laptop features a decently sized 50Wh battery for users’ needs. 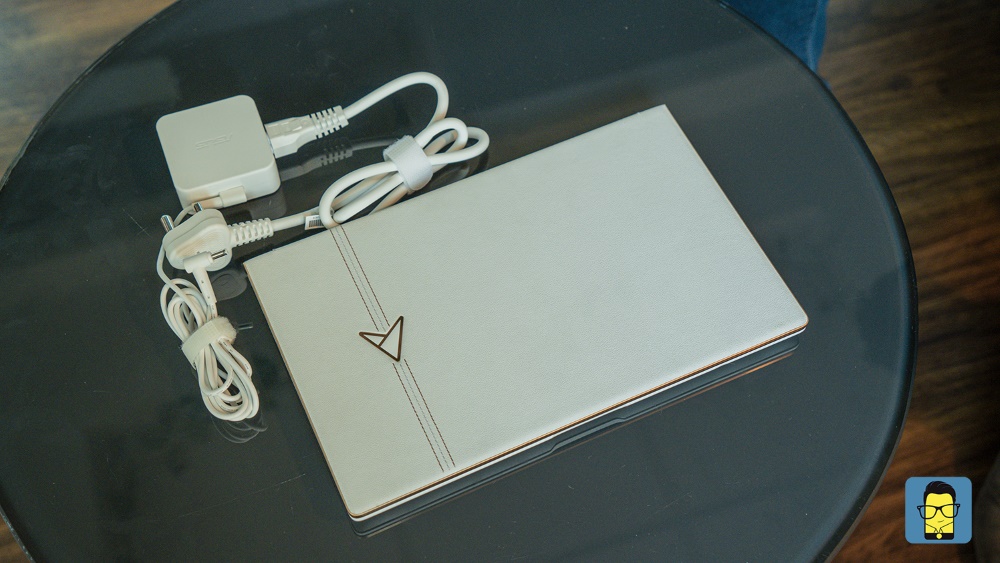 In my testing, I was able to squeeze about 5 hours of battery life from this on High-Performance mode, in which I was regularly using the web while watching a couple of YouTube videos or just listening to songs on Spotify. Do keep in mind that this was with both the main display and the ScreenPad 2.0 turned on. The laptop also comes with this very compact charger, and it takes just under 2 hours to fully juice this puppy, which is great.

Should You Buy The ASUS ZenBook 13?

So, the main question that remains is whether the ASUS ZenBook 13 UX334 is worth it or not? With a price tag of Rs. 84,990, it’s a tough call. Well, it all basically boils down to whether you need the ScreenPad 2.0 or not? Honestly, if you take the ScreenPad away, it is basically the same machine as the UX333. Yes, you do get the latest processor and GPU with the UX334, but for most users, the difference would be negligible. Personally, I would pick the previous generation laptop, simply because of the keyboard layout and the better value for money with the new price cuts. That said, ScreenPad 2 does offer a unique setup, and if you’re okay with using a USB mouse most of the time, the extra screen can come in really handy. 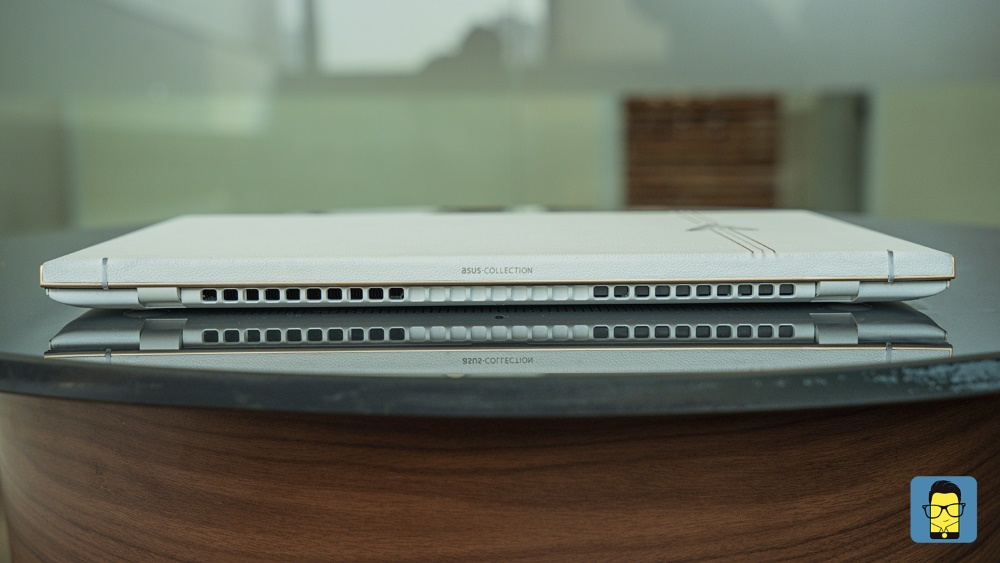 Well, that was my review of the ASUS ZenBook 13. Let me know what you make of it, and whether you’ll be buying the laptop anytime soon.