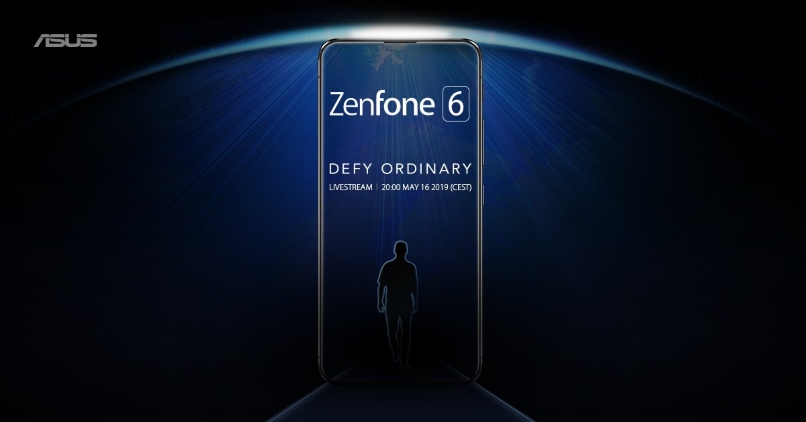 While the OnePlus 7 and the Google Pixel 3a series have all the limelight for the month of May, another smartphone is preparing to launch this month. The ASUS ZenFone 6 has been teased for a long time, and now, the company has released its first official teaser. It showcases only a border of the device, but that is enough to set the sparks.

In an official tweet, ASUS has shared the first teaser for the ZenFone 6. The tagline for the smartphone is said to be “defy ordinary”. If you look at the design, there’s no notch anywhere, and the screen seems practically bezel-less. Now, while this gives rise to rumors of a pop-up selfie camera, that might not be the case. In fact, there have been rumors of the device having a dual slider design, and that could very well come true as well.

The ZenFone 6 has been previously been certified by the FCC. It will sport a dual rear camera setup, with a primary sensor of 48 MP resolution. The Zenfone 6 will support 18W fast charging, and it will have a dual-SIM version. It will also come with Snapdragon 855 SoC coupled with at least 6GB of RAM and 128GB of internal storage. As you’d expect, the device will come with Android 9 Pie with ASUS’ Zen UI on top.

The ASUS ZenFone 6 is slated to launch on May 16 during a special event in Valencia, Spain. Stay tuned to Mr. Phone to get notified of all the buzz in the smartphone world.