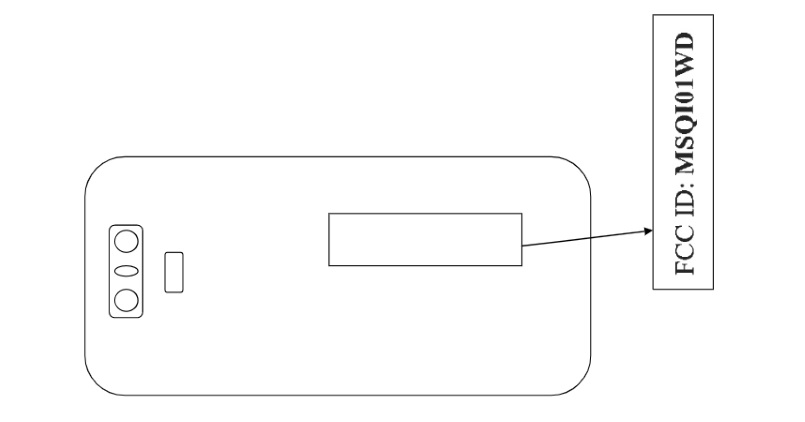 ASUS has managed to announce its comeback with the latest offerings in the ZenFone series. They recently launched the ZenFone Max Pro M2 that has been selling really well in the budget market. Also, in the budget flagship market, things are no different. The company previously launched the ASUS ZenFone 5Z which proved to be decent competition to the offerings from OnePlus. Now, the device is due for an update, and well, leaks for it are already here.  We recently talked about the ASUS ZenFone 6Z just passing GeekBench. Now, new reports about the ZenFone 6 passing the FCC are here, which shed some light on the design, primarily the rear camera setup.

Reports suggest that the ASUS ZenFone 6Z has already passed the FCC certification. Now, while many confuse it to be the ZenFone 6, the report states that the said device is powered by the Snapdragon 855. Hence, it is safe to assume that this is indeed the flagship ZenFone 6Z that we’re talking about. The FCC label further states that the device will have a dual rear camera setup. If the rumor mill is to be believed, one of those sensors would be a 48MP shooter. To keep the cost low, it will come with a physical fingerprint sensor at the back. This could mean that the device would rock an LCD display instead of an AMOLED one.

The FCC Label further goes on to mention two IMEI numbers, thus confirming that this will be a dual SIM device. Lastly, there is also mention of 18W fast charging support.

As of now, ASUS hasn’t shared any details about the device and when it will be launched. That said, the word on the street is that it will be unveiled on May 16. As always, stay tuned to Mr. Phone to stay ahead of all that’s happening in the smartphone world.