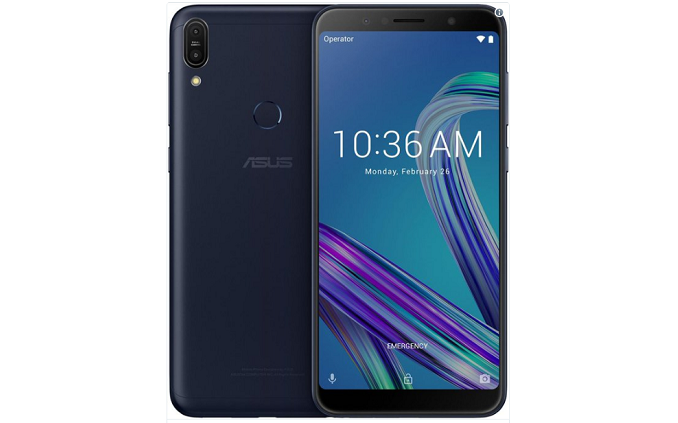 The first Asus-Flipkart partnered phone, the ZenFone Max Pro M1, appeared in clear HD renders today. The handset that represents a strong threat to the Redmi Note 5 Pro is set to be revealed tomorrow.

The leak comes from Evan Blass, a renowned source of smartphone leaks. As such, there is little to doubt the authenticity of the images. In fact, we did have a look at the rear of the phone when the specifications of the handset were leaked last week. However, these new images reveal some interesting tidbits. For one, some will be happy to see there’s no notch on the front of the phone. The render shows a Blackish Blue colour variant. However, Blass later also shared a Silver shaded variant taking the total colour variants to three. You can check Blass’ tweet here.

The ZenFone Max Pro M1 not only resembles the Note 5 Pro internally, it has almost a strikingly similar design. We’re reminded of this as soon as we see the dual rear camera and the fingerprint reader. Also, the subtle lines separating the top and bottom aren’t as pronounced as the Note 5 Pro and blend in with the overall colour of the back.

Blass also confirmed recently leaked specs that hinted a Snapdragon 636 chipset to be on-board the device. Among other highlights, the ZenFone Max Pro M1 is expected to feature a clean Android Oreo version. Moreover, its rumoured 5,000mAh battery will overpower most mid-range phones. However, pricing will be a key factor that will decide the fate of this ambitious new Asus project.