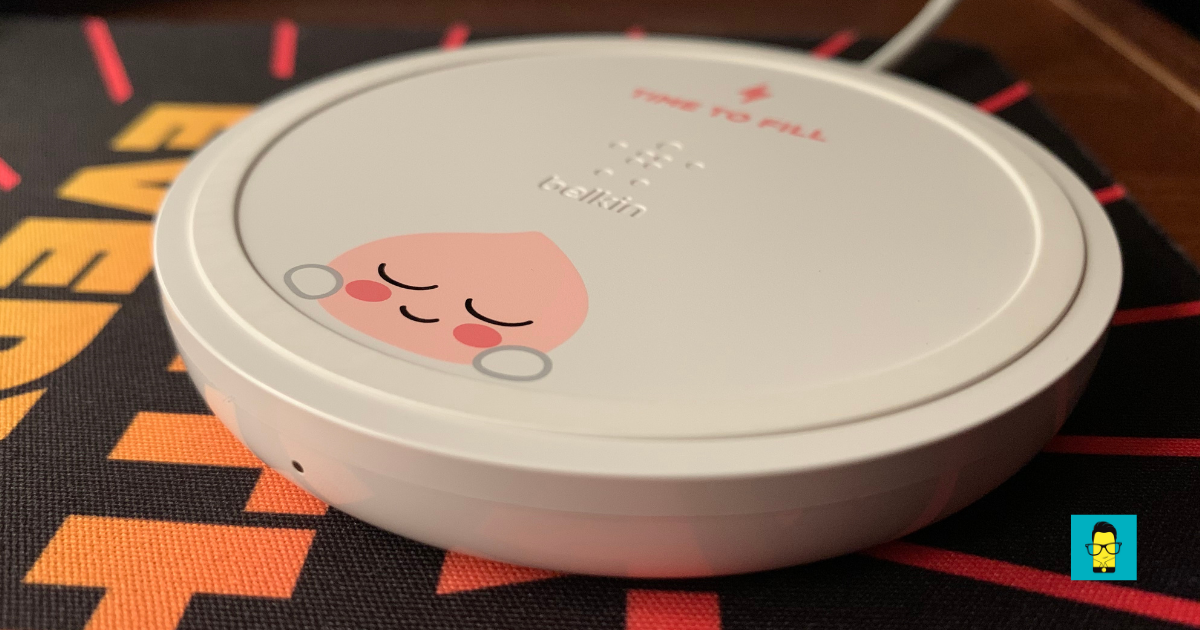 Wireless Charging, this used to be the most fascinating term to me, when I was introduced to the world of reviewing gadgets more than five years back. At the time, I could easily see myself enjoying the wireless charging technology. While I primarily thought we would be able to enjoy charging our smartphones wirelessly, I didn’t anticipate that we could be wirelessly charging our earphones (TWS) too. Of course, TWS wasn’t a thing back then.

Moving five years ahead, here I’m working out of home, charging my iPhone XR on a daily basis using this Belkin wireless charger. With charging speed support more than the apple brick on the XR, this wireless charging device brings joy to my face when I no longer have to wait 3.5 hours (overnight charging) for charging. Today, I’m reviewing the Belkin’s all-new Kako Wireless charging pad, available in India at Rs 3,499.

Subtle and neat, that’s how the design of Belkin’s new wireless looks. There is a clean cutout for the USB port to plug the charging cable, allowing it to be concealed nicely. From the top view, the micro USB port is indistinguishable, giving its circle a continuity. As far as branding is concerned, Belkin has partnered up with famous Korean cartoon characters, Kakao Friends. They are inscribed on the pad. 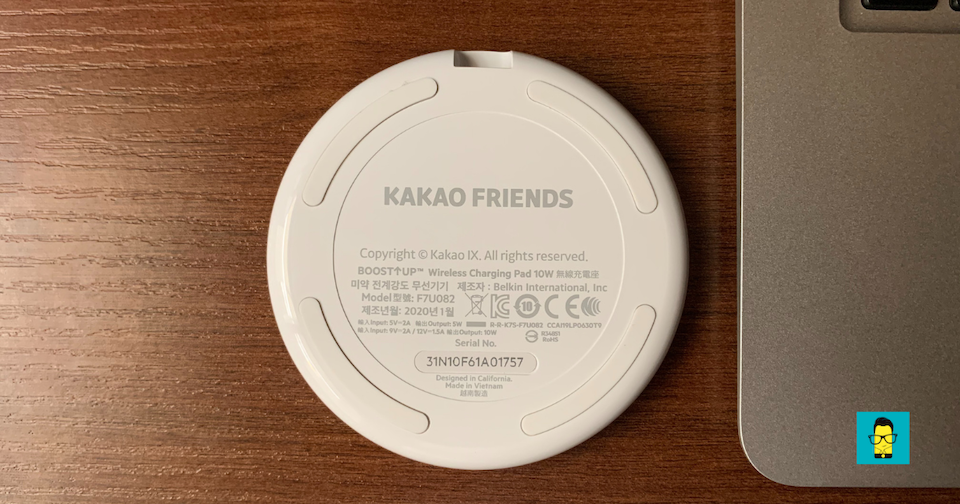 Speaking about the rubber insulations on the top and bottom, keeps both the devices (charger and the device being charged) griped on any surface. Designed in California, Made in Vietnam, this product from the house of Belkin International is offered in two colours, Black and White. We have got the white colour unit for the review. Unlike most devices, the surface of this one is not prone to dust. Also, you don’t have to worry about the fingerprint smudges.

This particular section isn’t a surprise anymore if the slew of wireless chargers we have reviewed over the year is any indication. The brands don’t hand out charging adapters/bricks along with their wireless charging pads. There are some brands that offer chargers along with the pads, but not in India. Also, if you were wondering whether it has a type-C or micro USB port for charging. Well, sorry to disappoint you, it is offered by a micro USB port. 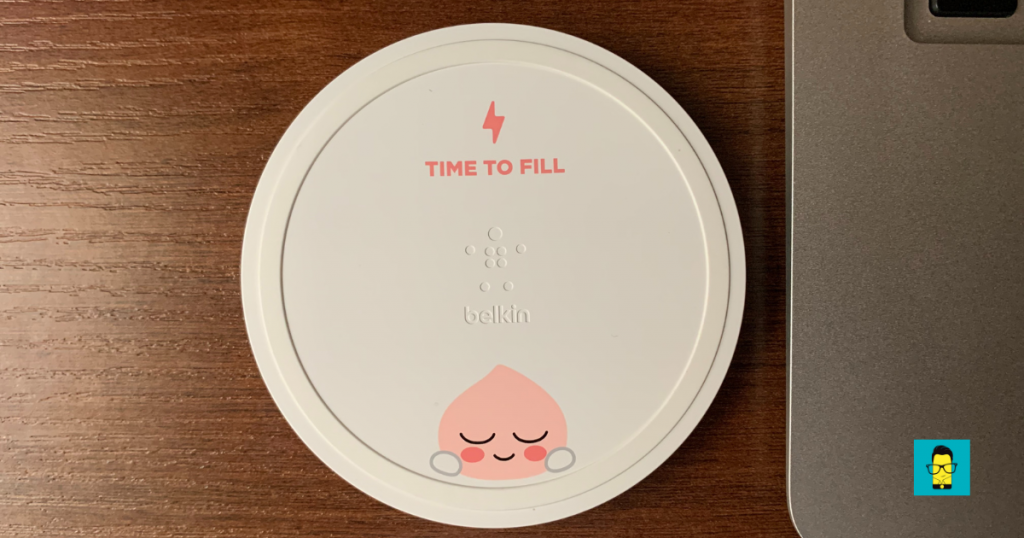 With wireless charging support being available on almost all iPhones, and select flagship Android phones, it is clear that you won’t be able to utilise the existing charger that comes with those handsets. While iPhone chargers come with lightning connectors, Android flagships on the other hand have shifted to type-C connector cables. Now go figure, you’d have to buy a separate Micro-USB charger if you don’t own it already for some reason.

The test subject for the wireless charging test was the iPhone XR. Being a heavy social media user, I constantly require to charge my phone. With a 5W inbox charger, it would take up to 4 hours to completely charge the device from zero to a hundred. While I’m not someone who completely drains the battery of their phone. This is why charging it on the pad made sense to me, as I would put the phone on the pad for charging, in between when I’m not looking at Mr. Phone’s Instagram or Twitter handle. 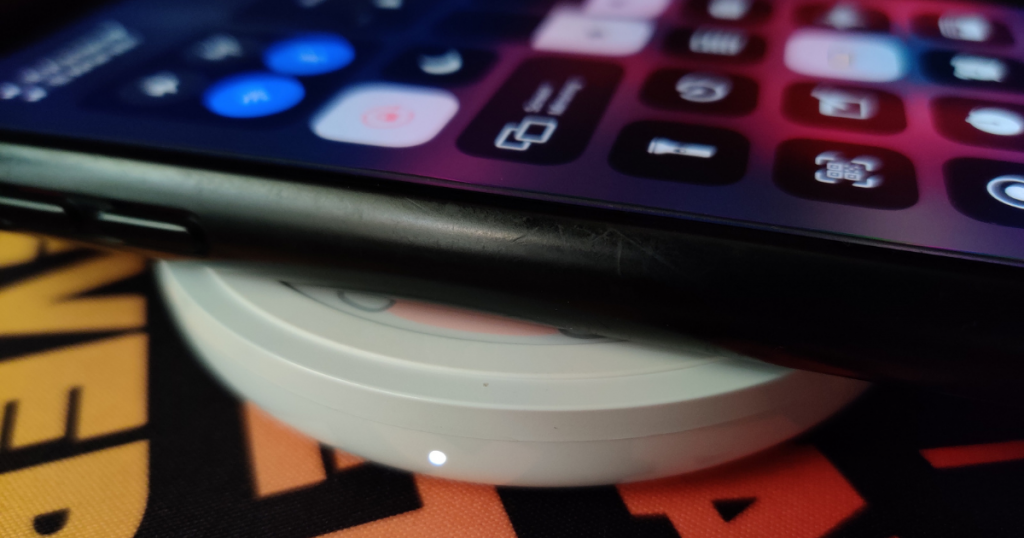 Here’s how the charging test went, almost all the times it was similar output. Note that iPhone XR can be charged wirelessly at a maximum of 7.5W, while the Belkin support up to 10W wireless charging. If you own a Samsung, Huawei, OnePlus, Xiaomi, or any other device with up to 10W and above wireless charging support, then your phone will be able to reap the full benefits of Belkin wireless charging pad.

Talking about the charging speeds, when I put up the iPhone XR on the charging pad at 13:47, it took around 3 hours to charge. It is significantly lesser when compared with a 5W built-in charger. Note that up to 80% of wireless charging took less than two hours. The results are for charging from 20% to 100%. It took around an hour to charge the device from 80% to 100%. Now if you are someone who is fine hanging out with an 80% charged phone, then, a two-hour charging time is a big shift from 4 hour charging days. And I believe that’s why I enjoyed using the wireless charging.  I may just say goodbye to Apple’s inbox charger for good.

Speaking about the user experience of the charger, I would say the design features made it easier for me to not miss the charging from any angles. I’ve used a ton of wireless chargers from Samsung to Huawei to most recent ones from realme, and Belkin seems to detect the phone faster. With others, I’ve had a 40% failed attempt while putting the phone on the pad for charging. And I won’t blame the brands, because there needs to be a proper alignment with the coil and the back of the phone. It is almost seamless on this Belkin wireless charger. 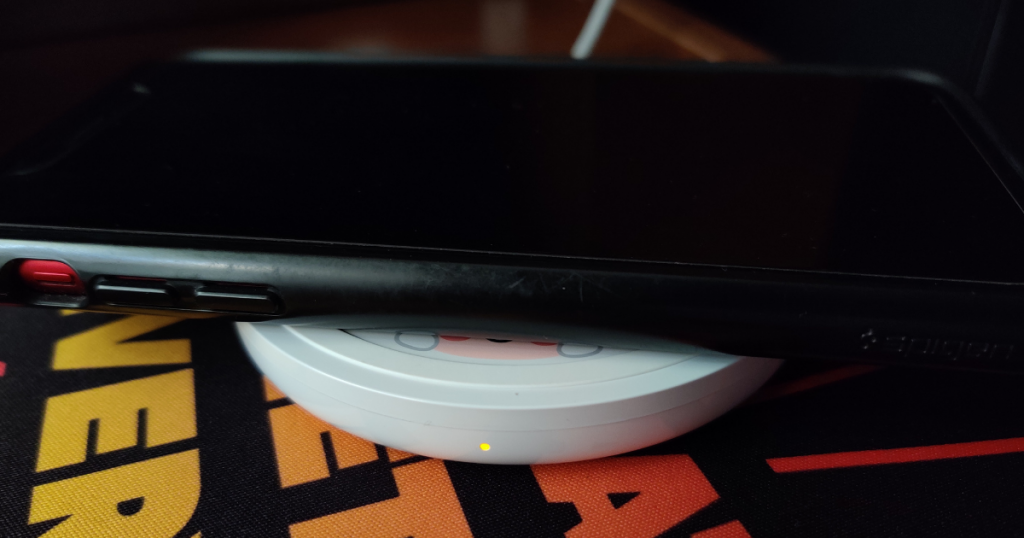 Two of the most unique features that stands out as far as user experience is concerned includes Foreign Object Detection (FOD) and LED indicator for charging and foreign object detection. There is a tiny LED indicator, which lets you know when your device is charging safely and successfully. A white LED light means it’s charging properly, while an amber light alerts you to the presence of a foreign object. Putting foreign objects might damage the objects via any other average wireless charger with no such feature. But with Belkin, it’s not like that. And that’s a really good use case scenario, which can be avoided thanks to the FOD and LED indicator.

Verdict on Belkin Kakao Wireless Charger: Should you buy it or not?

The accessories market is now filled with a ton of wireless chargers, especially with brands introducing Android phones and TWS with wireless charging capabilities. While wireless charging is still at its nascent stage, some brands like OnePlus and Xiaomi have introduced fast charging wireless technologies specific to their respective devices. 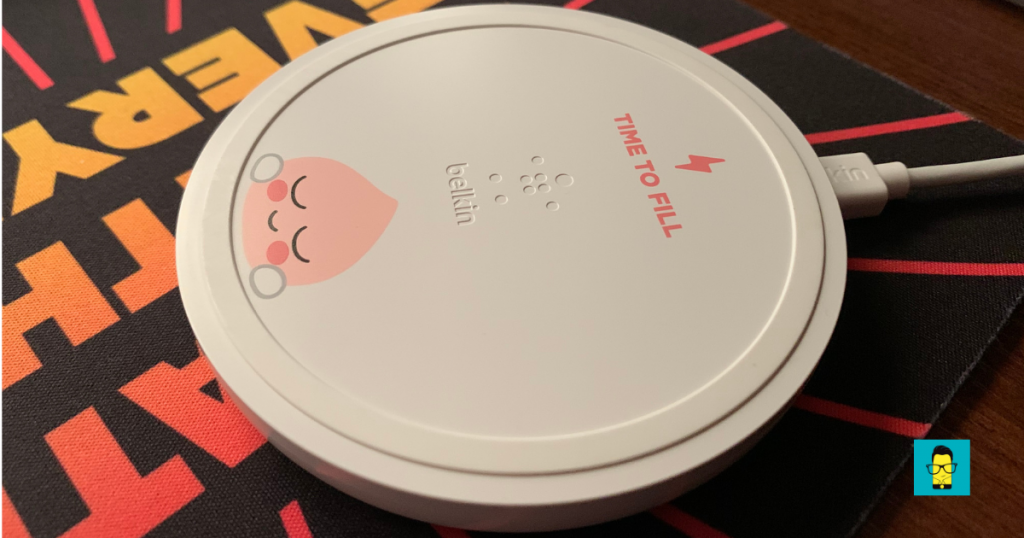 This wireless charger may not appeal to those, but it certainly will to the iPhone users. Further, some Android phones and TWS users will also enjoy the sturdy built, reliable charging experience and safety nets offered by Belkin. The company also promises two years warranty on its products and is awarded as the best third-party maker of wireless charging accessories in the market since 2014.

It is for those such users, spending a Rs 3,499 would make sense. Otherwise, there are many cheaper wireless charging alternatives available in the market, if you are looking to try the wireless charging for the first time.