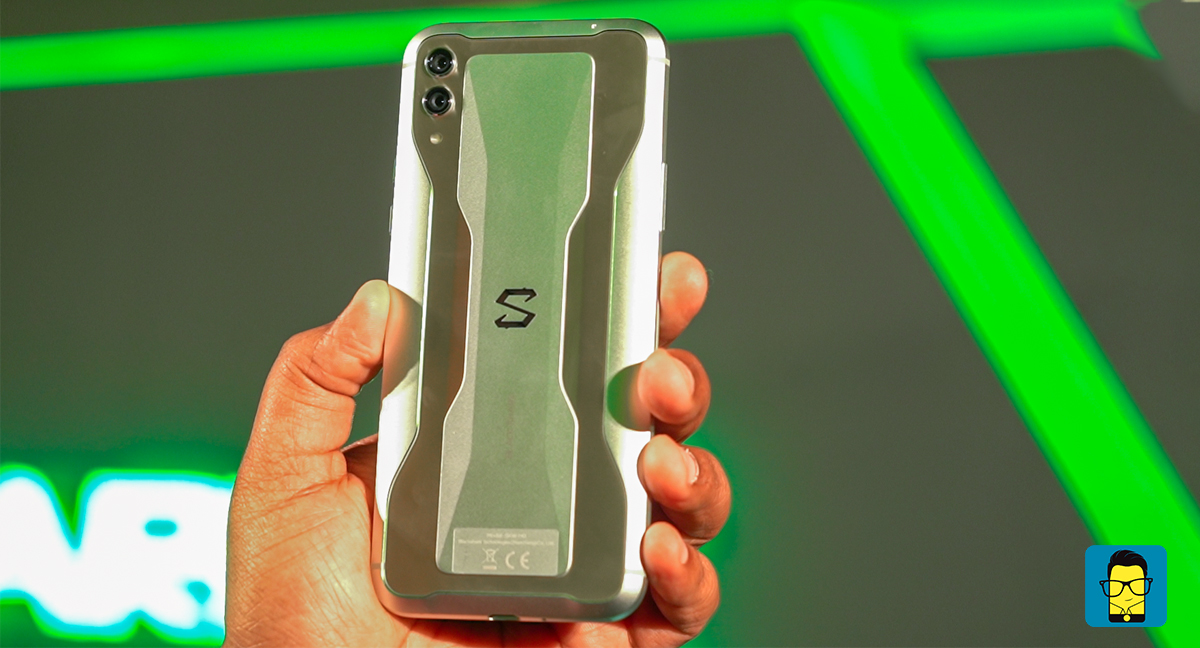 Xiaomi-backed Black Shark, a brand that exclusively makes gaming smartphones, has landed in India now. But here’s the interesting thing, Black Shark is a completely different entity from Xiaomi India. There is even an official statement confirming that. Anyway, Black Shark has introduced its second phone, the Black Shark 2, and it is now exclusively available on Flipkart.

With smartphone gaming becoming increasingly popular even in India, it makes more sense for the company to launch it here. So, is the Black Shark 2, the dream phone for PUBG lovers? Well, let’s see. 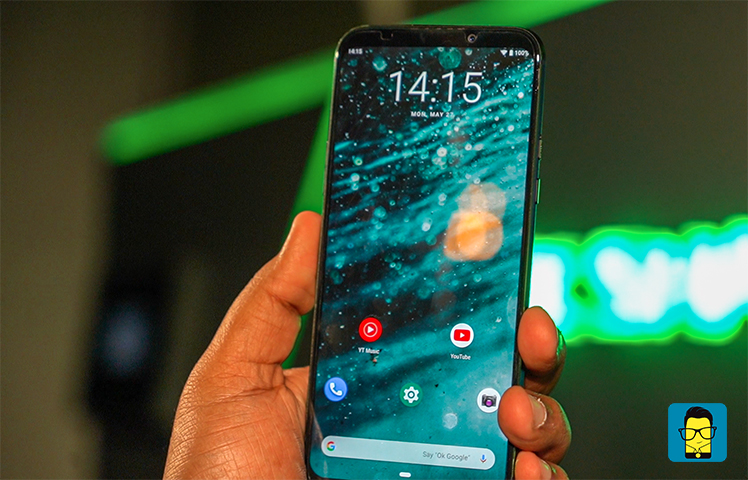 Black Shark 2: packed to the gills with features

Let us get the basics out of the way. The Black Shark 2 comes in two RAM/storage variants: 6GB/128GB and 12GB/256GB in India. These variants are priced at Rs 39,999 and Rs 49,999 respectively. Note that the lower end variant will be available exclusively in Black and the higher end one in Silver. Essentially, the company doesn’t want to crowd the market with too many SKUs, which makes sense. By the way, the Silver variant looks absolutely stunning. It is a colour that is not very common and therefore it stands out. 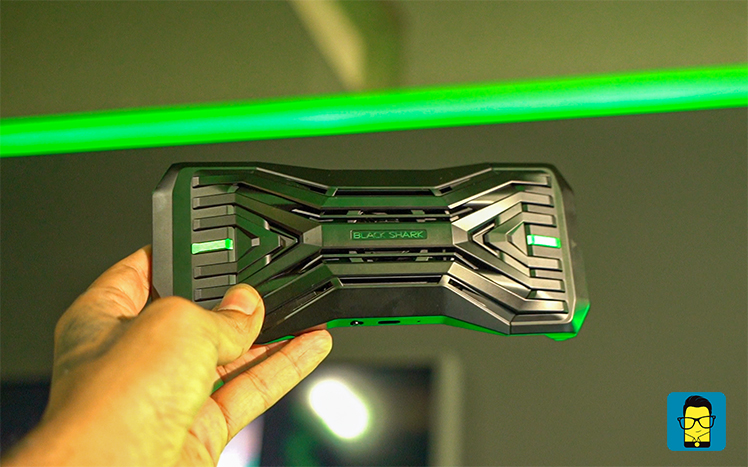 Internally, the phone runs on the top-tier SD855 and it comes with a six-layer cooling system inside. Black Shark claims that the temperature control is way better than other flagships such as the iPhone XS Max and the Samsung Galaxy S10+. Well, we will have to obviously test out the claim in our full review. All of this is fuelled by a large 4000mAh battery. The battery has support for 27W Quick Charging as well.

You also get an in-display fingerprint scanner, which works fairly well. And, then there is this cool X-Antenna that adds two-antennas on the side for a stronger network connection. All of this is super cool, and I’d really love to test how that affects call quality in the long run.

Obviously, Black Shark 2 is all about the gaming on the phone. So, let’s talk about the cool RGB lighting all over the phone. Or, maybe not. I still don’t understand why gaming culture is still so hellbent on flashy RGB lights. Gaming is such a fun pastime but I don’t want lights blinding me or the person on the other side. 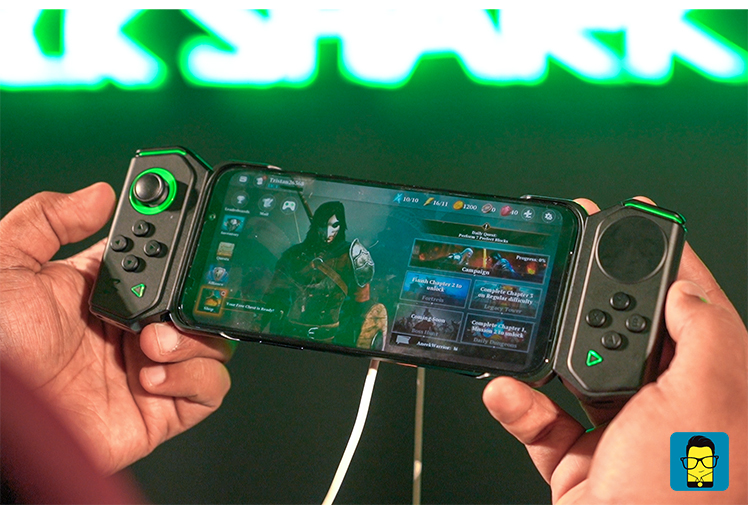 I have a humble request for gamers and gaming brands, can we have more mature designs, please? But then again, who am I to talk? I am not a gamer, you see. I had to literally google what DPS means in gaming parlance because it was plastered all over Black Shark 2’s presentation. Apparently, it means Damage Per Second. Noob.

Anyway, the lighting strips and the logo lighting are all cool if you are into that sort of stuff. Then there is something appropriately named the Ludicrous mode, which boosts the performance. I don’t know if this will heat up the system but that can only be figured out in prolonged usage. What I like about the FHD+ AMOLED display is the 240Hz touch report rate and the ultra-low latency touch response time of 43.5ms. I am not even kidding but my gameplay in PUBG was much better in the limited time that I spent with it.

Add to that you get Master Touch, which is similar to the iPhone’s 3D Touch and replaces the Air Triggers on the ASUS ROG. You can configure the long press haptic feedback for easy firing. I could scope and fire with consummate ease. This ensures that you don’t have to use four fingers for gaming. Obviously, a higher refresh rate display like the one on the ROG, OnePlus 7 Pro or the Razer Phone 2 would’ve been nice. However, these displays are not optimised for more popular games like PUBG. So, you are not losing out on much. 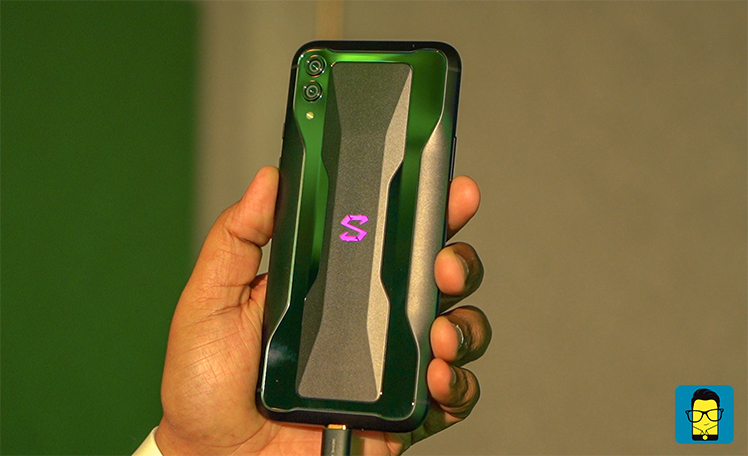 There is a special Shark Space button on the phone that invokes this mode directly. Essentially, it bunches up all your games and clears up all the RAM for gaming. The dual front-firing speakers were pretty loud as well. Apart from Shark Space, there is an additional Game Dock menu that allows you to actually control the Master Touch control, clear the RAM, switch on the Ludicrous mode and more. It all felt easy to access and use.

Evidently, since this is a gaming phone, there are a plethora of gaming accessories on offer as well. I tried out the standalone controller using which you can play all your favourite games on a big screen TV. Obviously, you connect the phone using the original aftermarket Type-C to HDMI cable. Then there is the GamePad 2.0, which can be purchased a single unit as well. Unfortunately, none of these are available at launch.

Black Shark 2: stock Android but with the Xiaomi camera app

Obviously, the phone is not all about gaming, and you can also make calls and send messages you see. Interestingly, the Black Shark 2 runs on Stock Android Pie. I was pretty happy to see the existence of Stock Android. The only traces of Xiaomi are in the camera app. This is the same app that can be seen on other phones running MIUI. 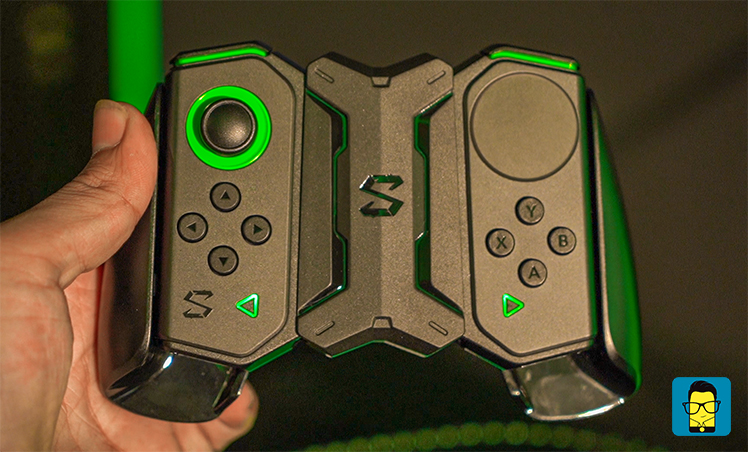 Talking about the camera, you get two on the rear – a 48MP sensor attached to an f/1.7 aperture lens and a 12MP, F/2.2 secondary camera. On the front, you get a 20MP selfie camera. I didn’t see a way to capture native 48MP shots in Pro mode or in the Auto mode. Honestly, I don’t expect much from the Black Shark 2 when it comes to camera performance but let’s find out more in our full review. The shooting speeds were fairly fast though.

Closing thoughts on the Black Shark 2

Black Shark 2 is one of the most affordable gaming phones out there. It is a lot of fun and has a ton to offer for gamers. But, the competition is pretty intense especially with the existence of the OnePlus 7 at Rs 33,000. A lot of gamers will also gravitate to that phone but you will lose out on a lot of gaming-specific features. Do let us know what you guys think of the Black Shark 2. I am Ershad from Mr. Phone and I shall see you in the next one. Goodbye and god speed my friends.