Xiaomi’s subsidiary Black Shark has officially teased its gaming smartphone in the past week. Now, the company has finally revealed a launch date for the product on Weibo. The teaser doesn’t want to leave any hints about the handset design or hardware but it does reveal the launch date to be April 13. However, thanks to leaks galore, we’re very much aware of the specifications of the device.

One thing that Black Shark has managed to do well is keeping the device undercover. We have absolutely no idea how the device will look like. Despite that, the gaming smartphone has appeared on benchmarks and is also confirmed to rock the Snapdragon 845 SoC. Interestingly, the invite below makes mention of Xiaomi’s Investment partner, Zhu Shangzu. This is a clear indication that Xiaomi is involved in the device. Apart from the CPU, the Black Shark gaming phone will also have some aviation class cooling tech for active gaming usage. 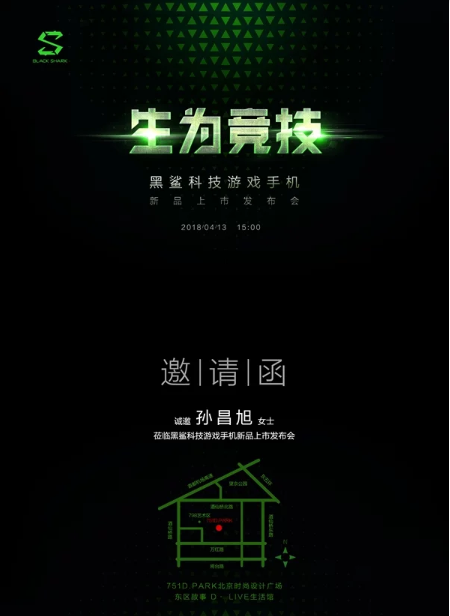 We’re expecting a 6.0-inch Full-HD+ display with 8GB of RAM and at least 32GB of onboard storage. Also, there might be some special gaming-centred features like the 120Hz frame refresh rate like the one on the Razer Phone. The handset might also come with dual stereo speakers. Android Oreo is almost a given at this point. But chances are it might come with MiUI or even some Black Shark’s own customized skin.

Talk around Chinese water coolers is that the handset will be priced at a premium $500. Overseas availability is unknown at this point in time but this could be a China exclusive product.