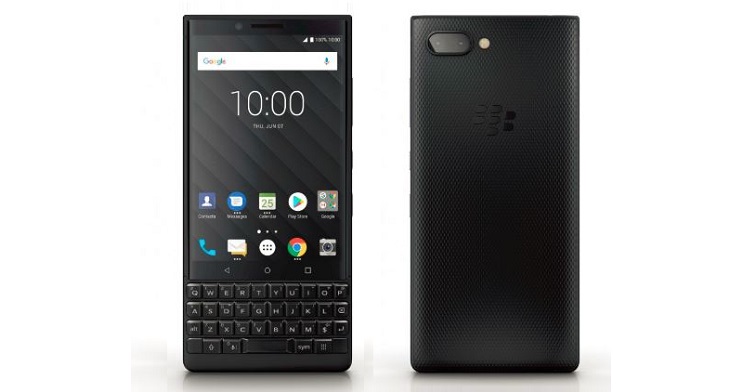 For anyone who isn’t a fan of BlackBerry device, they would still love the new KEY2’s design. BlackBerry, the Canadian smartphone maker has unveiled its latest smartphone offering at the event scheduled event in New York. Now owned by TCL Corporation, the iconic smartphone maker also held an event in China for its new KEY2 smartphone launch.

Retaining the same form factor that was introduced on the Keyon, the KEY2 is a continuation in every aspect. The squarish design highlighted by a physical keyboard adds dual-rear cameras and a 3:2 aspect ratio screen.

The rear camera setup includes a dual 12MP regular lens with f/1.8 aperture and a telephoto lens with f/2.6 aperture. This combination would allow users to capture better zoom-in shots and portrait shots with bokeh effect.

Talking about the processor, the new BlackBerry smartphone packs a Qualcomm Snapdragon 660 processor. This Octa-core chipset is paired with a massive 6GB of RAM. Well, it isn’t a flagship chipset, it will do a great job of keeping apps in line. Sporting a 4.5-inch 1080 x 1620 pixel resolution display, which sits on a Series 7 aluminum frame, plus there is a soft-touch back with diamond pattern finish.

Do make a note that Keyboard’s height is increased by 20%, which should offer better accuracy and comfortability in using it. The spacing is optimized with the new fret pattern. And yes, the fingerprint sensor is still embedded into the space key. Also, the favorite flick predictive typing is back to reduce your typing time.

The pricing of the new BlackBerry is $649, which roughly converts to Rs 43,999, which puts it among the likes of OnePlus 6 and Honor 10. But then again, you can’t really compare a physical keyboard experience, it’s a niche market. Would you be taking this BlackBerry KEY2 home if it’s released in India? Drop a line below and let us know.