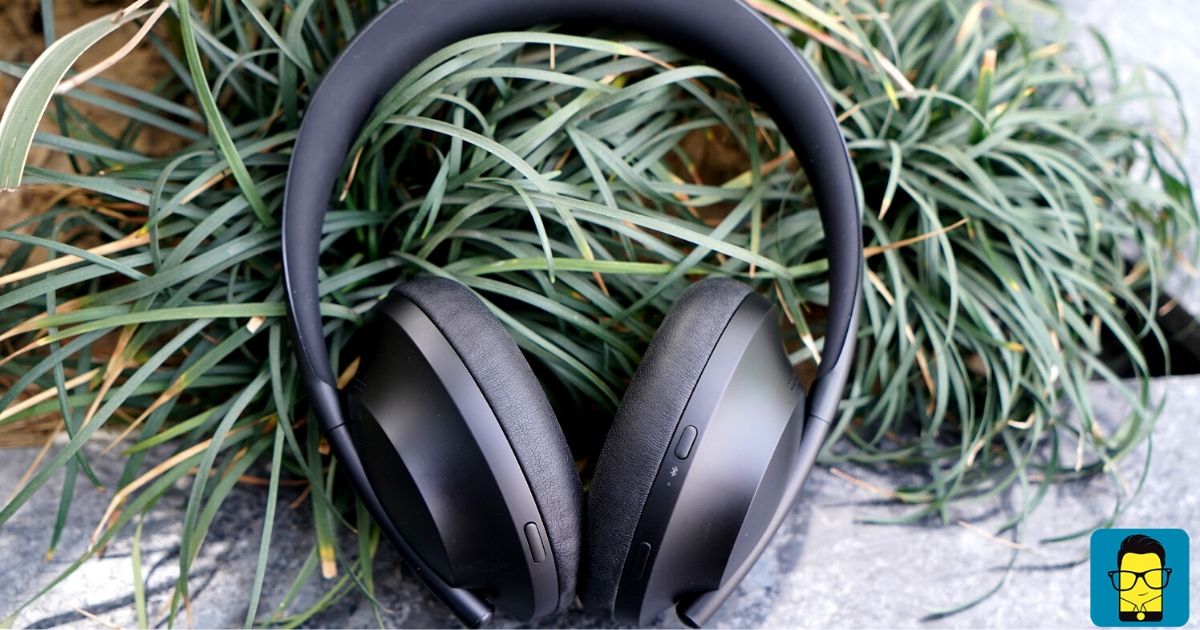 It’s been a year since Sony’s WH-1000xM3 wiped the floor with Bose’s QC35 II and in doing so, claimed the title for the best premium ANC headphones in the market. Now, the ball’s in Bose’s court and the company has retaliated with the Headphones 700, which bring a lot of firsts to the table, including an all-new design and superior noise-cancelling over their predecessors. So, can the headphones 700 bring redeem Bose and bring the company back to its former glory? Read on to find out.

Although the sound quality of a pair of headphones makes or breaks its sale, the design plays a crucial role too, especially if the unit in question costs upwards of Rs 30K. That said,

I’ll be honest with you – I never liked the design of the Bose QC35 II. Be it the pair’s plastic-y construction, or its dated aesthetic, the QC35 II never looked the part of an expensive headphone. But, with the Headphones 700, it’s safe to say that Bose has turned a new leaf as the pair of cans look strikingly beautiful. 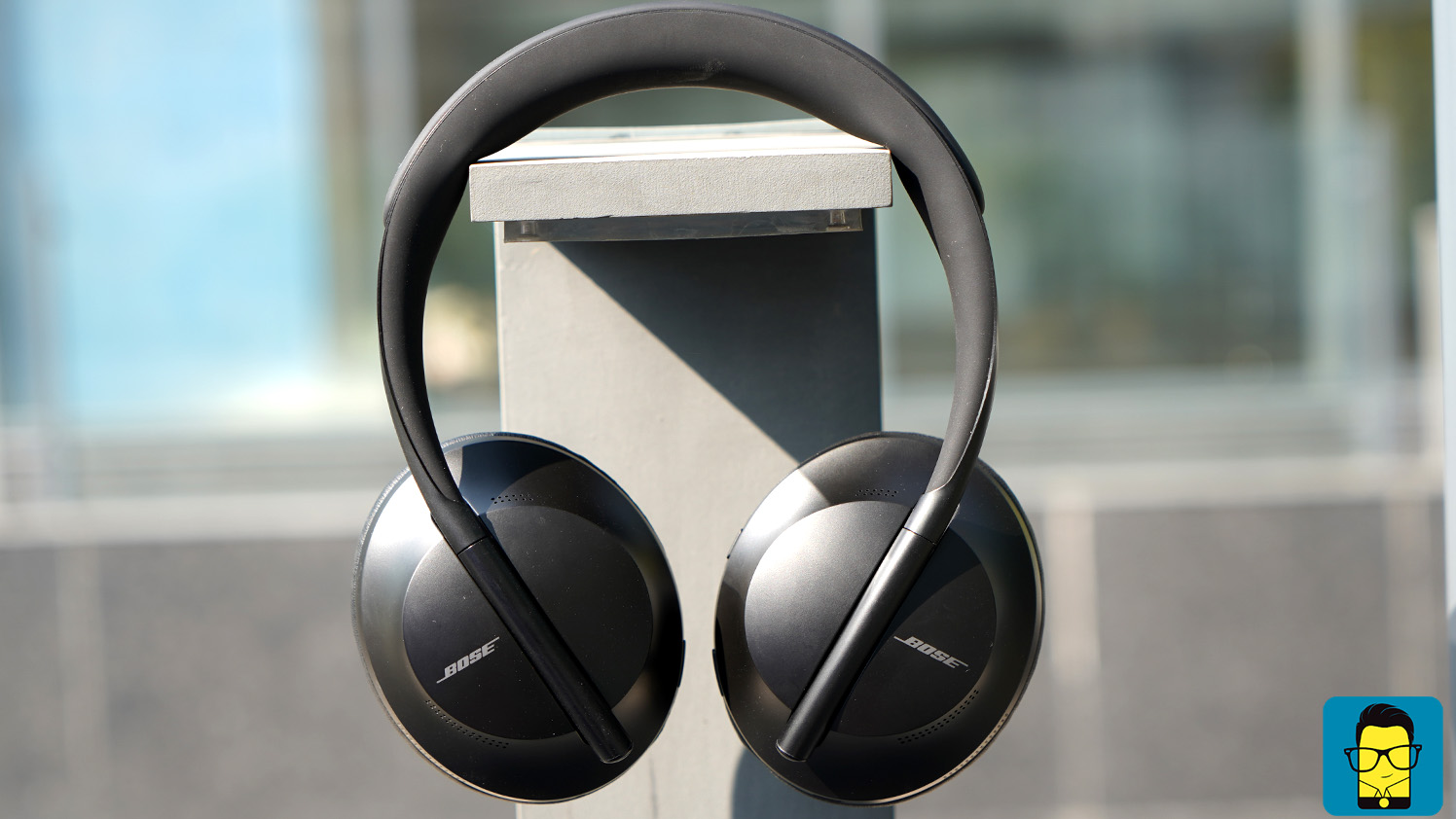 The company has traded metal in favour of plastic wherever possible, giving the Headphones 700 a much more premium fit and finish. Moreover, the design looks quite minimalistic and unified too, which could be attributed to the 700’s stainless steel headband which seeps into cavities on the earcups to adjust the fit. Consequently, you won’t find any creaky, clunky mechanism to tighten or loosen the clamping force on the 700.

Quite frankly, given the choice between the WH-1000xM3, the QC35 II and the Headphones 700, I’d choose the design of Bose’s latest headset in a heartbeat. The pair’s understated, professional looks had me in a trance from the minute I unboxed the headphones. 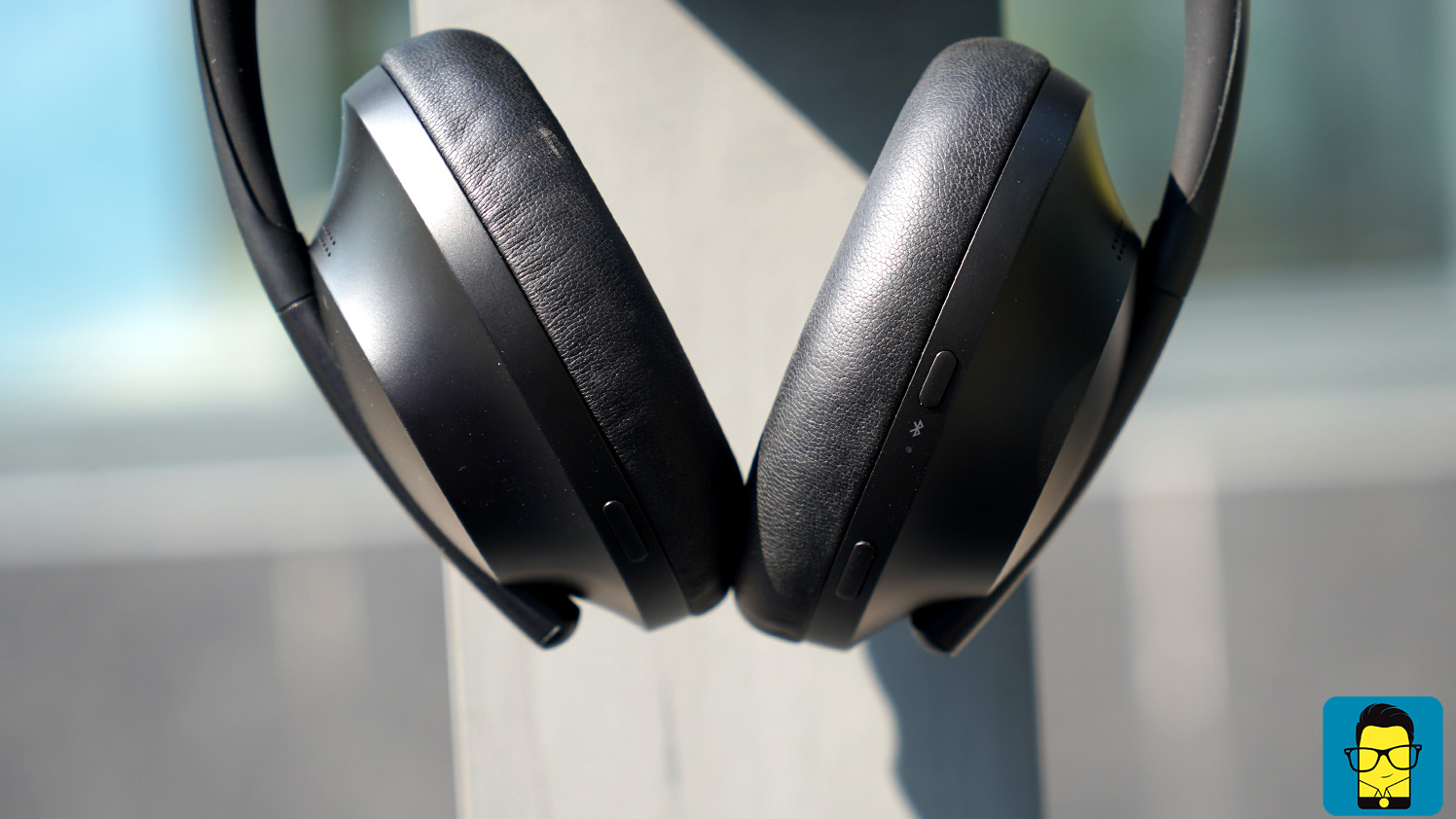 On the flipside, you can no longer fold the headphones 700 as you could the QC35 II from the brand. However, the earcups do rotate 90-degrees and can lay flat against your chest when you’re not using them. Everything considered, the Headphones 700 is undoubtedly sleeker and better-looking than most, if not all ANC headphones in its price range.

Unfortunately, the Headphones 700’s slender profile comes at a cost and the pair of cans don’t feel as comfortable as Sony’s offering. The WH-1000xM3 offers thick and lush earpads which allowed me to listen to music for hours on end. However, with the Headphones 700, I was constantly fiddling with the fit as the headband started to bite after around 40 minutes of use. Moreover, the earcups also get quite toasty after a while, which is something to consider if you sweat as much as I do. 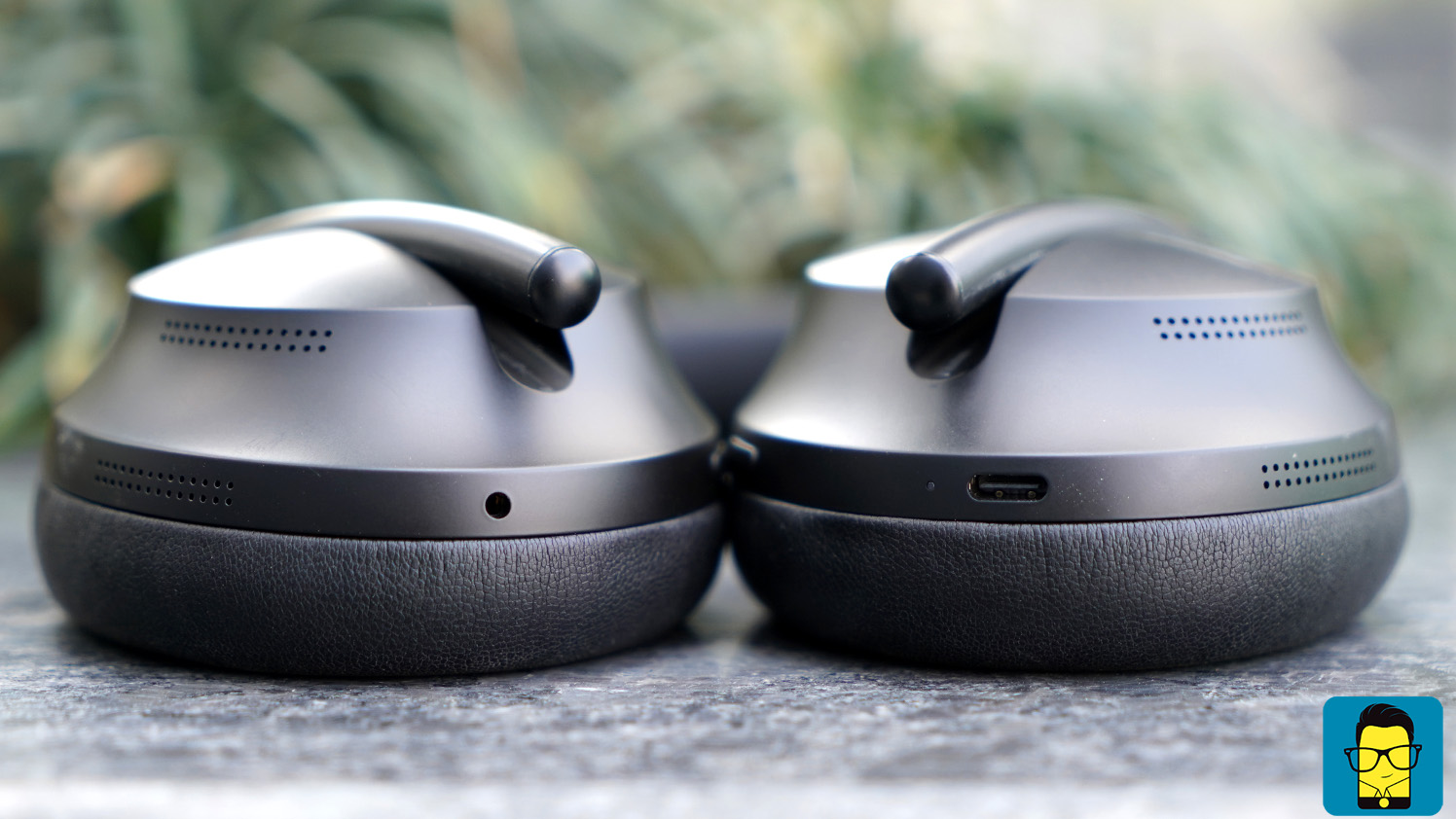 While the QC35 II’s offered a relatively barebones feature set as compared to Sony’s flagship offering, the Headphone 700’s is right up there with the 1000xM3. So much so, you could in fact make an argument that the some of the features on the 700 are ‘inspired’ by Sony. For one, the headphones ditch physical controls in favour of gesture-based input. Therefore, swiping left or right on the right earcup with change the track and brushing your finger up or down will increase/decrease the volume levels. What’s more, a quick double-tap on the headset will play or pause the music playback. You can even long-press the right earcup which will tell you the headphone’s battery life. For anyone wondering, the controls are quite intuitive and work all the time, which is great. 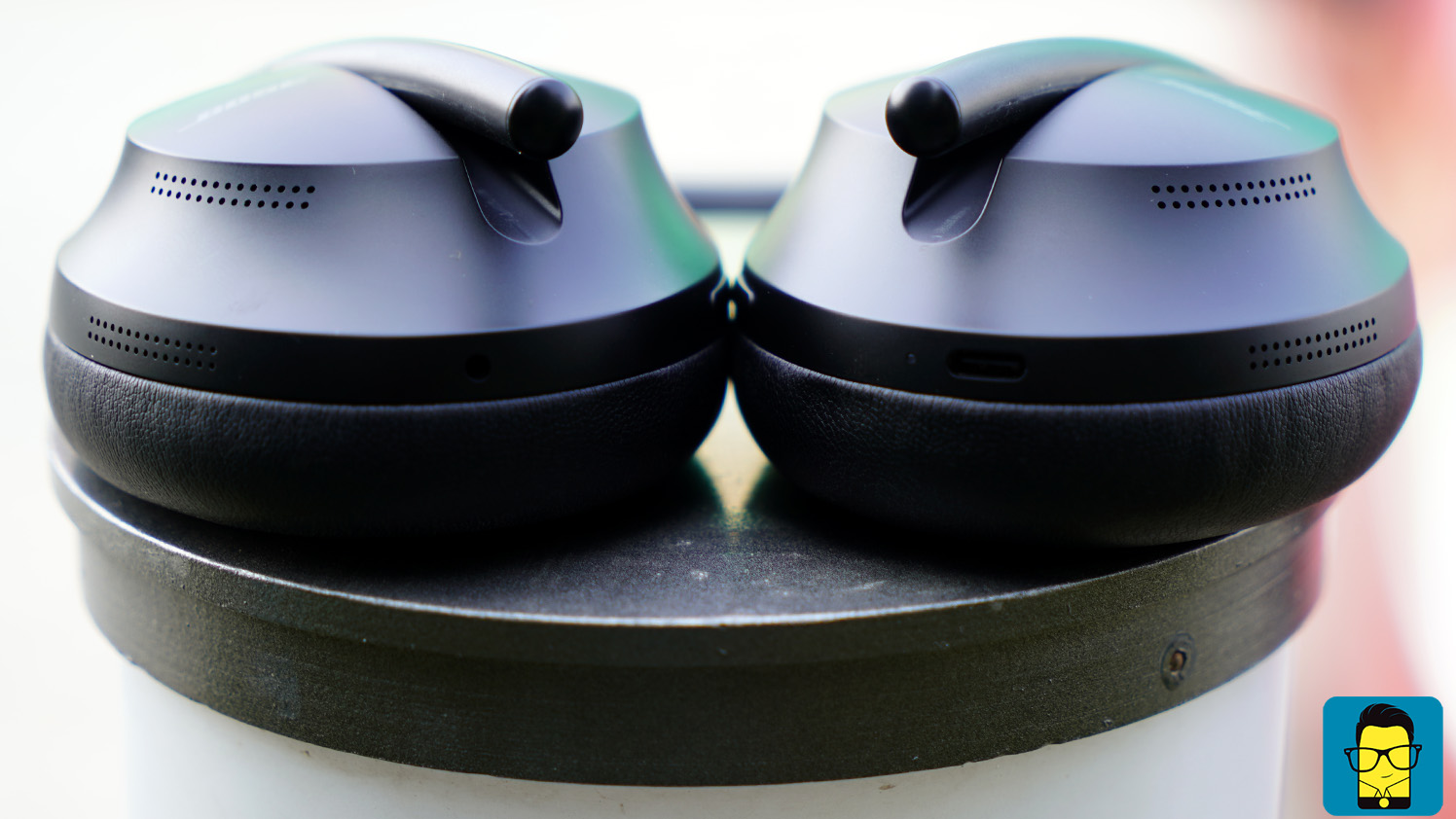 That’s not to say that the Headphones 700 is void of buttons either. You’ll get a Bluetooth pairing / power button on the headset’s right earcup, along with a toggle to invoke the search assistant of your choice (Google Assistant, Siri or Alexa). On the left earcup, you’ll find a button to switch between three different levels of ANC which, out of the box, offers three configurations including 0 (ANC off), 10 (full ANC enabled) and 5 (moderate ANC). However, you can change these levels through the companion app for the headset, which I’ll talk more about later.

Bose has really upped the ante in the sound department with the headphones 700. Now, if you have auditioned the company’s headphones from the past, then you’ll know that they didn’t offer the most refined listening experience. However, the audio output from the 700’s sounds rich and fuller, despite the pair’s ability to relay music only over AAC and SBC codecs. 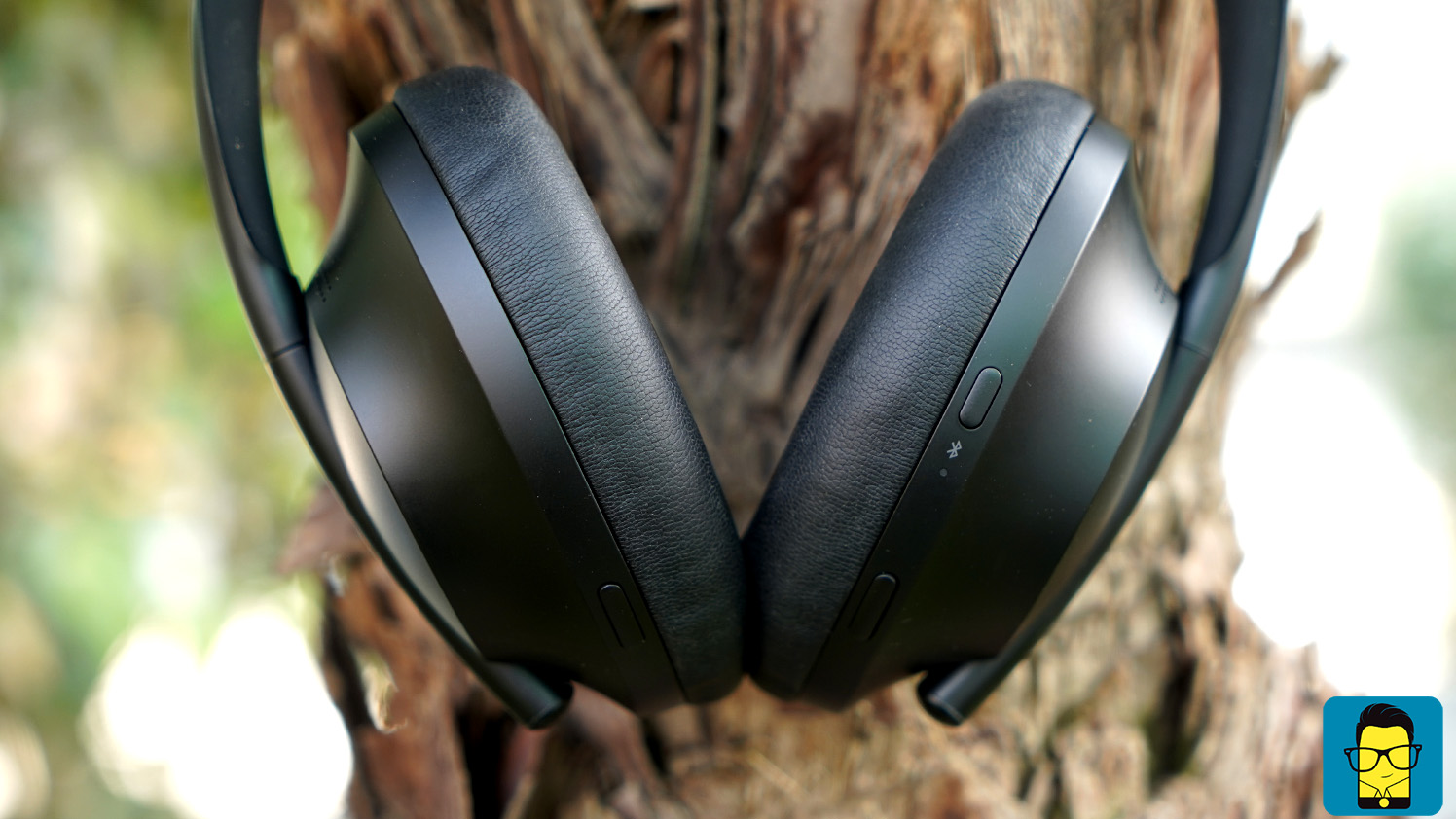 Now, before I talk about the 700’s improved sound quality, you should know that the Sony WH-1000xM3 still, at least to my ears, sounds better. Moreover, Sony’s offering can connect to compatible devices over aptX HD and LDAC audio codecs, allowing you to listen to songs with higher bit-rate over Bluetooth. However, if you haven’t closed the tab yet, then you should know that the Headphones 700 doesn’t sound half-bad either. 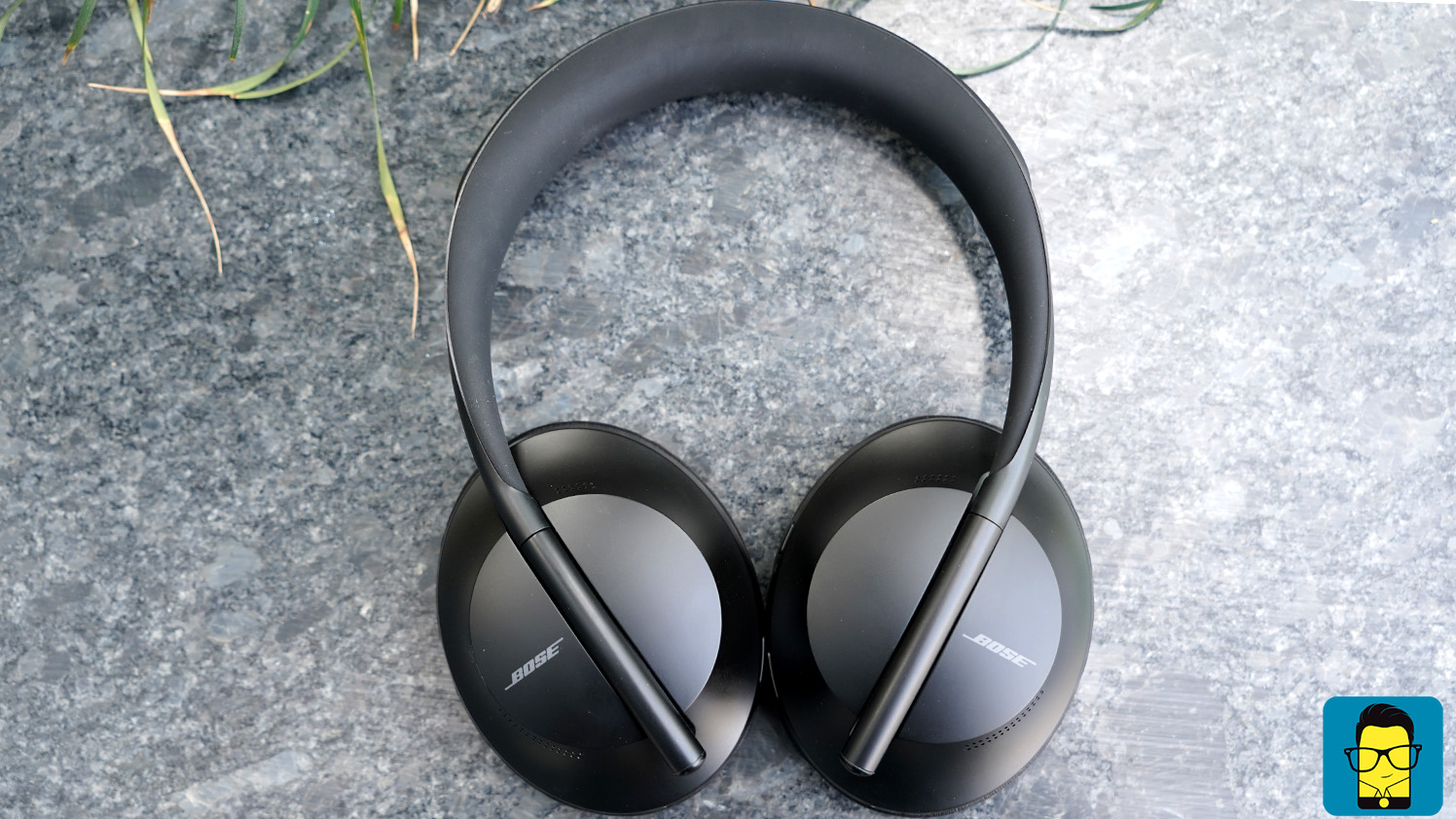 For one, the bass on the headphones 700 is noticeably tighter compared to Sony’s offering. While it doesn’t pack as big a wallop, it’ll string bring out the best of any EDM/ hip-hop song on your playlist. The cans have absolutely no problem transitioning from one beat to the other quickly owing to their relatively quicker decay, which is evident from tracks like Artillery by Infected Mushroom. At the final verse in the song, the listener is bombarded with a flurry of beats and the 700’s rendered all of them cleanly to my ears. 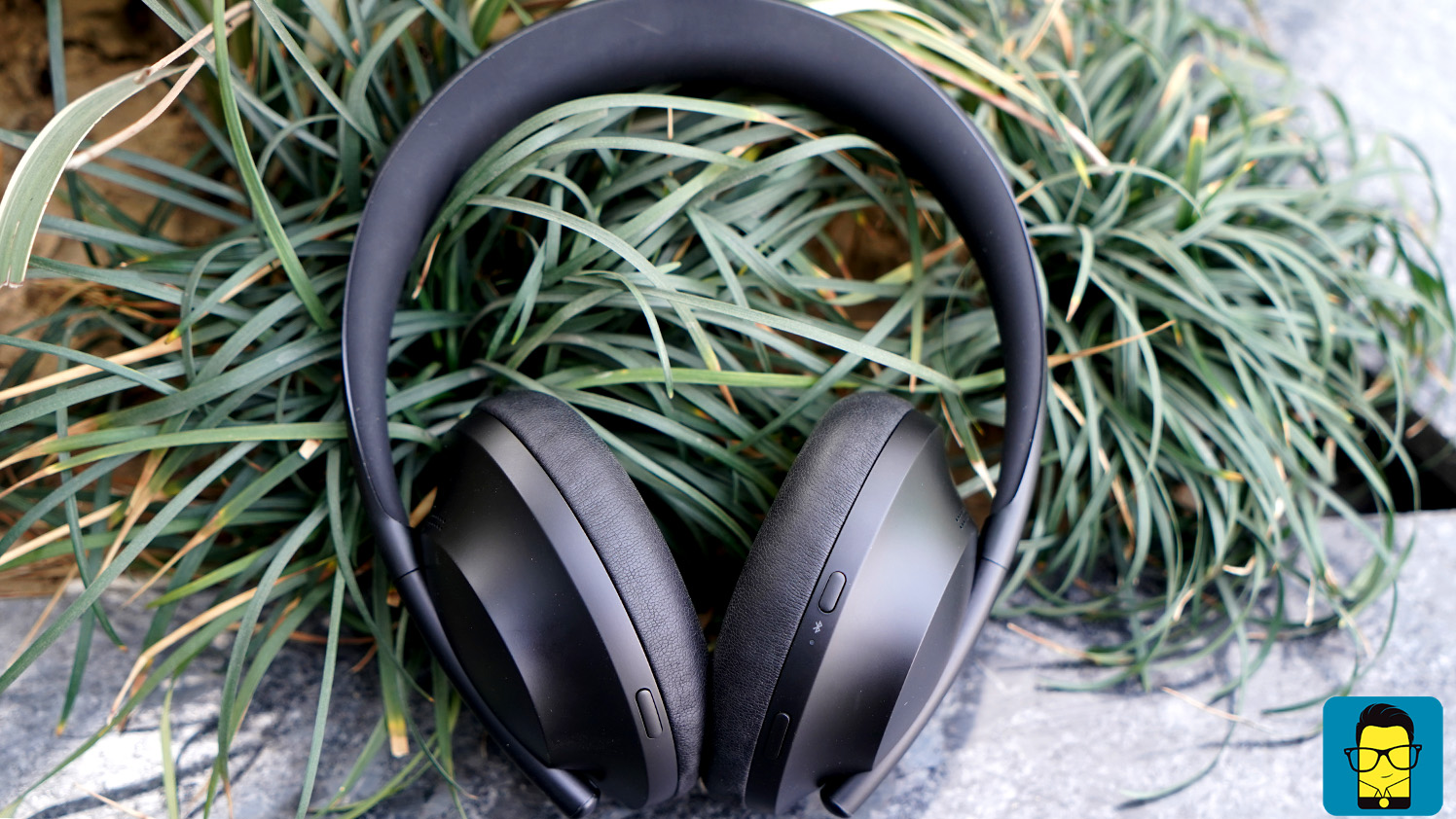 The best part about the headphone’s sound signature is that while it’s neutral for the most part, albeit has a slight emphasis on the low-end. Therefore, songs from the rock genre don’t sound fatiguing or harsh on the headphones. A fine example of the same is Aigiri Nandini Eye for an Eye by Govind and Meera, a song which is flush with riffs from an electric guitar. And despite listening to the song at almost the max volume, I didn’t feel the pull-ups or the hammer-downs from the guitar bite my ears. Which is not to say that the 700’s don’t sound clinical. But, the listening experience is relatively more laid back than say, Sennheiser’s open-back HD 599s studio-monitoring headphones. 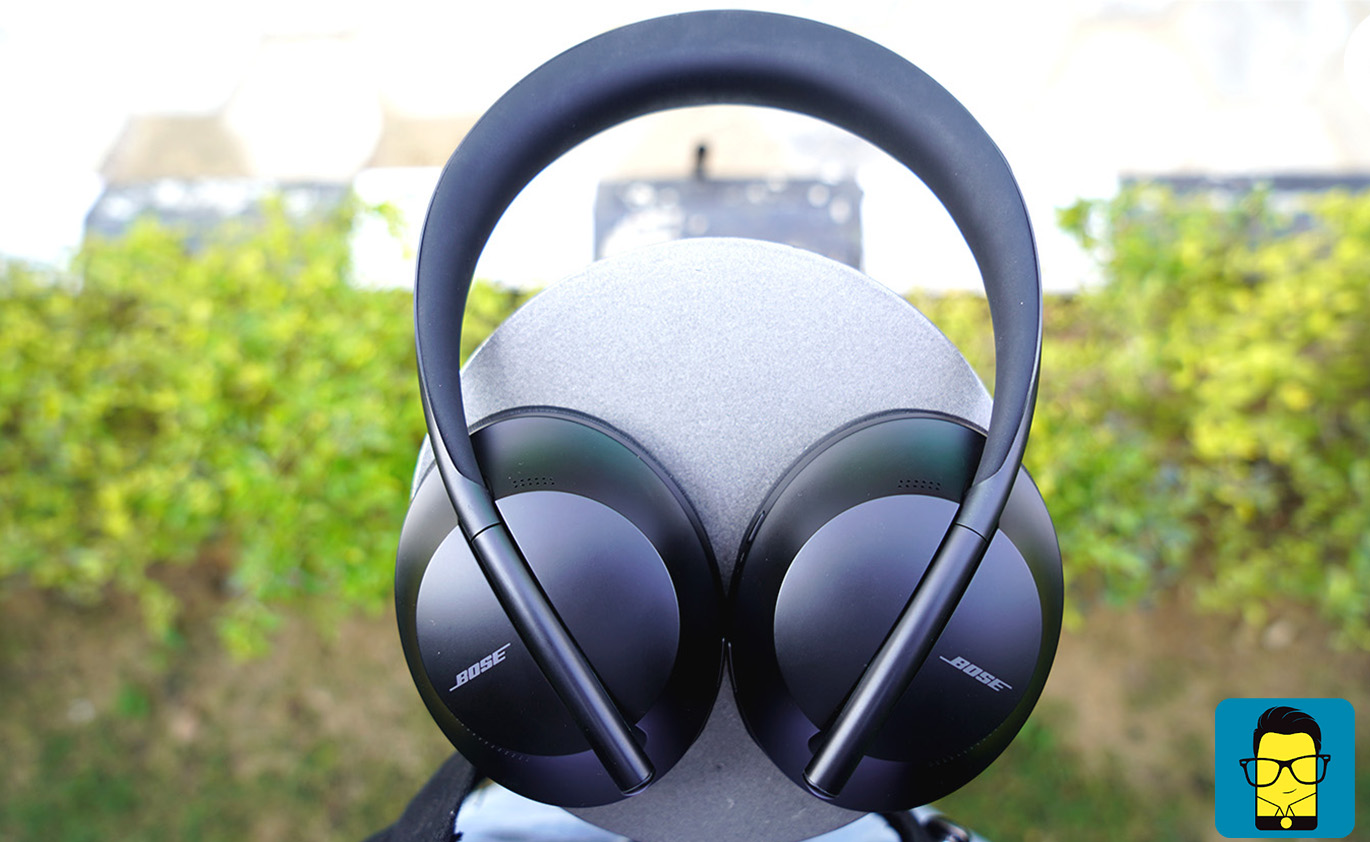 The 700’s bring their A-game in the midrange too, and acoustic blues from artists like Lewis Capaldi and James Arthrur are reciprocated flawlessly through the headphones. The pair doesn’t sound sibilant either and boasts stellar imaging too, ensuring every instrument gets its spot under the light to shine. All in all, while I preferred the sound output from the Sony WH-1000xM3 more, the 700’s make listening to music just as fun, which is something I can’t say about its predecessors.

Bose has always excelled at cancelling out unwanted noise and the 700’s are no different. If anything, the company has bettered the ANC on its latest offering as the headphones 700 allow you to choose from 11 different levels of noise cancellation. Now, you’ll still hear a faint hum when the ANC is turned on but, it’s much better than what it was last year. All in all, the Bose Headphones 700 will transport you to your personal fortress of solitude.

As I mentioned previously, the Bose Headphones 700 ship with a companion app in the form of the Bose music app. The app comes with some handy tools, such as the ability to customize the noise-cancellation presets for the headphone and Bose AR, an augmented reality platform which per the company, let’s you experience incredible content. In practice, however, the Bose AR platform is still in its infancy.

For one, the app support is scarce, at best for iPhones and even less for folks rocking an Android. Secondly, the apps that I did test weren’t all that impressive either and games like Sonic Samurai will hold your attention for a solid ten minutes before you uninstall it from your phone. All in all, if you only want to test out the company’s AR kit, then I’d suggest you opt for the cheaper QC35 II, as they are compatible with platform too.

There are some other issues with the app too. While I am in awe of its minimalistic UI, it’s missing out on some obvious features such as a built-in EQ for the headphones. And lest I forget, the application is quite finicky too and at times, showed an error message when I was trying to connect the headset to my phone through the app’s interface. 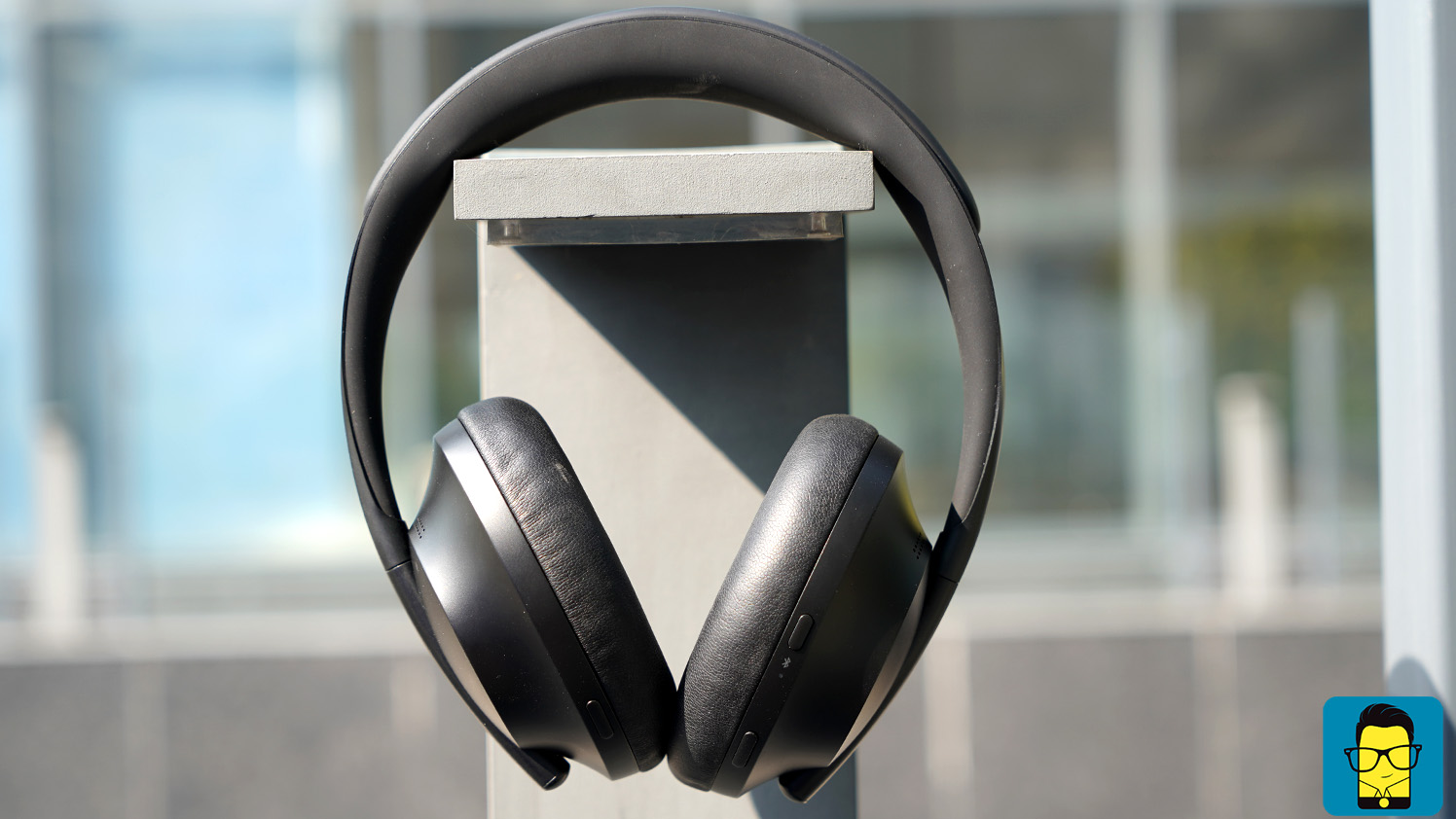 As for the battery life, Bose claims the headphones 700 can last buyers 20 hours off a single charge. I can somewhat attest to the company’s claims, as I could go close to five days without charging the cans and listening to music for around 3-4 hours every day. However, if you want the absolute best in battery life, then you should know that the Sony WH-1000xM3 offer close to 30 hours of music playback off a single charge. Regardless, 20 hours is also pretty solid battery life and the headphones also give you 3.5 hours of listening time off a 15-minute top-up, which is neat.

The Bose Headphone 700 is, without a shadow of doubt, a massive upgrade over its predecessor. From the design, to the sound quality, to the pair’s ability to cancel out environmental noise, Bose’s latest is a huge step-up over the excellent QC35 II in every perceivable way. 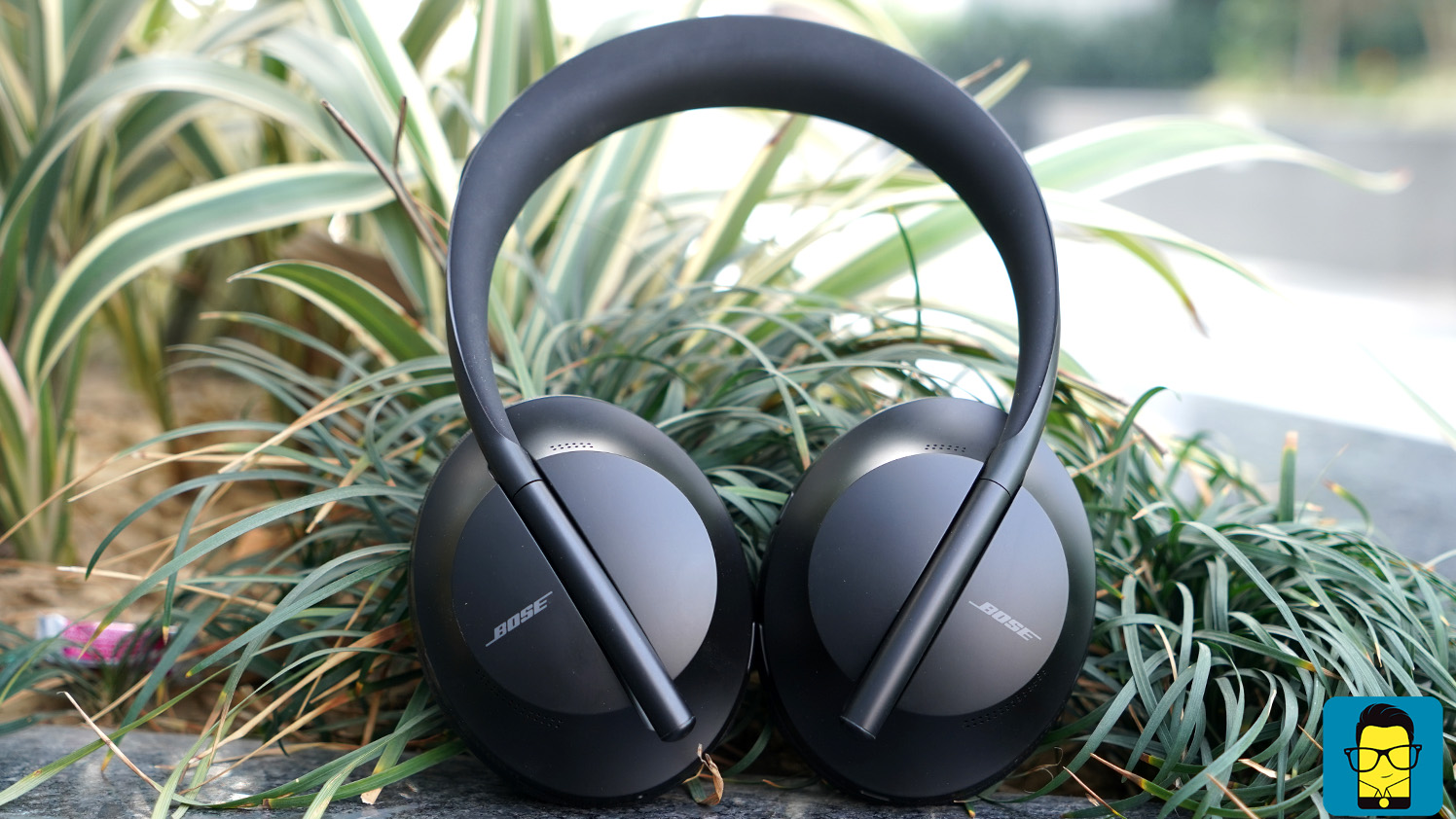 The only caveat here is the headphone’s price and for Rs 34,990, the 700 is almost Rs 10K more expensive than Sony’s WH-1000xM3. Consequently, buyers in the market for a pair of premium ANC headphones will still be better off with Sony’s offering, which brings indistinguishable noise-cancelation, superior sound output, longer battery life and a more comfortable design to the mix. Regardless, the battle for the best ANC headset just got noisier and I can’t wait to see what Bose comes up with next.