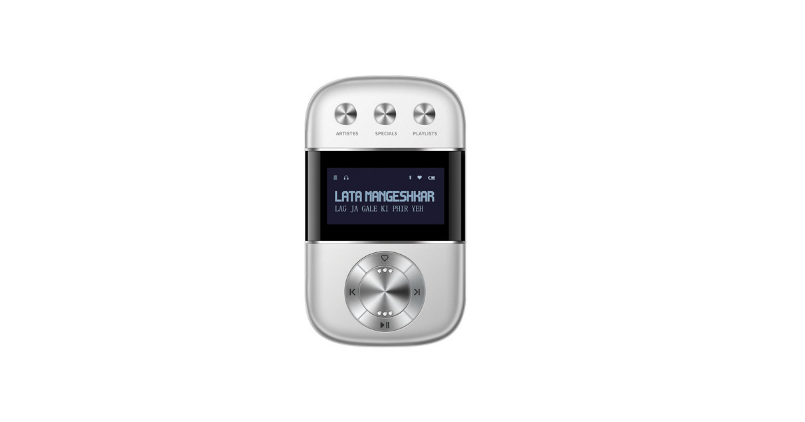 Caravaan Go, an all-new portable speaker from the house of Saregama has been released in India today. If you have been looking to buy a portable Bluetooth power speaker with in built songs for offline music experience. Then, this could be one of choice you could consider. It is priced at Rs 3,990. This is the fourth speaker launched by Saregama after original Caravaan, Caravaan Gold, and Caravaan Mini.

A small handheld speaker has 3000 audio tracks that are retro Hindi melodies for your ears. The tracks are available in various Indian languages. Thus, addressing the vernacular requirement of Indians. It is available to buy on Saregama online store as well as other leading online stores in India.

Talking about the design and features of the Caravaan Go, it weighs less than 100 grams at 88 g. Thus making it one of the lightweight Bluetooth-enabled memory built-in speaker. Apart from built-in songs, you stream the music from your phone via Bluetooth or 3.5mm audio jack. You can listen to FM and AM radio as it supports radio frequencies. Further, it is also equipped with microSD card support. Allowing users to put their personal collection to use.

With a battery claim of 7 hours on a single charge, it could be a perfect road trip partner. The speaker can be charged using the in-built microUSB port. There is a small display to showcase the track running on it. Plus, the playback controls, playlists, and audio source would be showcased on the display as well.

What do you guys think of the Caravaan Go? Would you be interested in buying this or gifting it to your parents/elders? Let us know in the comment section below.