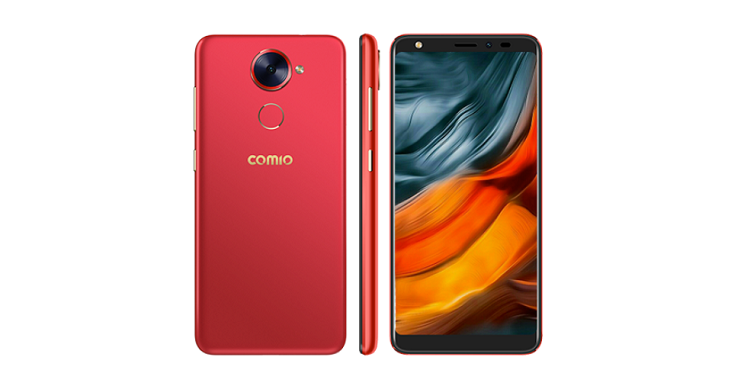 Shortly two months after the launch of the Comio X1 Note, newcomer Comio has launched X1 in India. While both names seem identical, the two devices are anything but. The Comio X1 aims to take on budget heavyweights like the Redmi 5 and Realme 1. It is priced Rs 7,499 and comes in Red Hot, Royal Black, and Sunrise Gold flavours. The handset will be sold on all major retail outlets across the country as well as online platforms.

The Comio X1 comes with a decent metal unibody design and features a 5.5-inch HD+ Full View IPS display with an 18:9 aspect ratio. On the inside, it houses a MediaTek MT6739 chip clocked at 1.4GHz paired with 2GB of RAM. Sadly, there are no RAM and storage variants and you get only 16GB of storage, which is however expandable.

The X1 has a single 13MP camera with f/2.0 aperture situated on the rear while the front has an 8MP sensor with f/2.2 aperture. The handset features AI face unlock, portrait mode, and AI-powered beauty effects. The Comio X1 runs Android 8.1 Oreo with the help of a 3050mAh battery and weighs 127 grams.

Also read: Huawei Kirin 980 to get a 2.8GHz octa-core CPU and a custom GPU

It has dual SIM capability, as well as 4G VoLTE/ViLTE, FM radio, USB OTG support, and a fingerprint reader as well. The Comio X1 comes with a 30-day replacement, one-time screen replacement, and a full year of after-sales support.