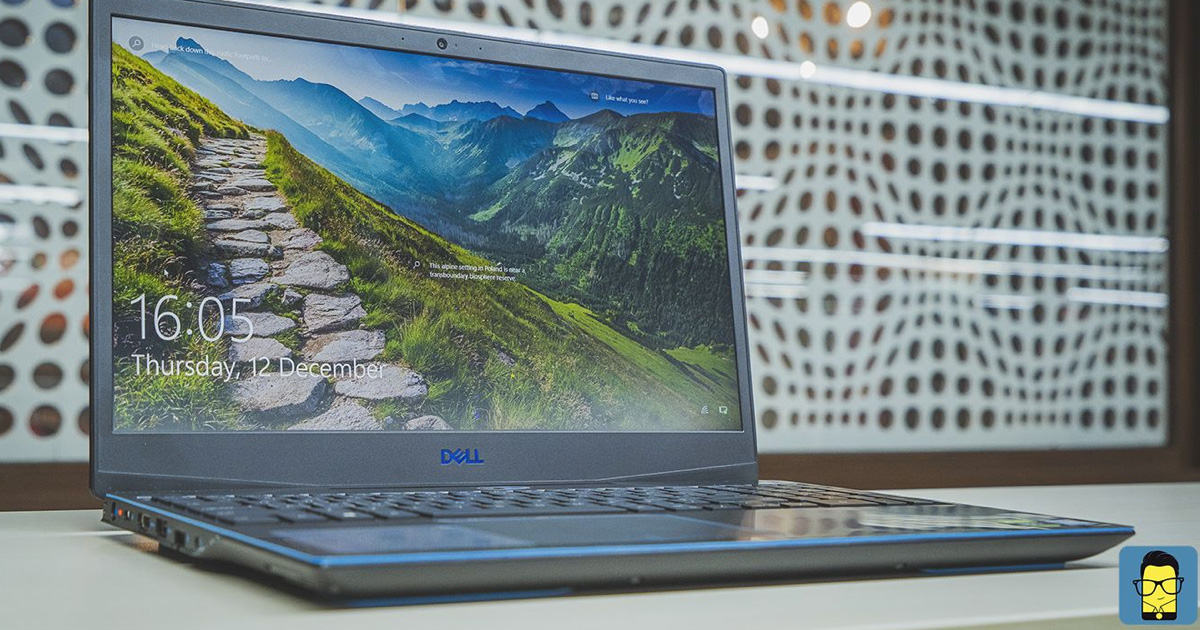 Despite having a full-fledged gaming division in the form of Alienware, PC giant Dell decided to step into the gaming scene with its very-own G-series of laptops last year. The laptops in question promised to offer incredible performance at a price that was for the faint of heart. Recently, the brand released a newer variant of the G3 model, which is the company’s entry-level machine. I’ve been testing the laptop for a week and here are my two cents on the same.

When I reviewed the G3 last year, I was a little disappointed with the rig’s utilitarian design. Simply put, the laptop looked straight out of 2016 and could easily be mistaken for a Dell Latitude. This year, however, Dell is switching things up and the all-new G3 3590 features more aggressive edges and curves which will undoubtedly appease more gamers. Let’s start with the hinge of the laptop, which instead of mapping the entire base of the unit, sits snugly in the centre. While this does introduce a bit more wobble to the panel, I’m quite pleased with the overall result as the frame of the display now looks the part of a gaming laptop. 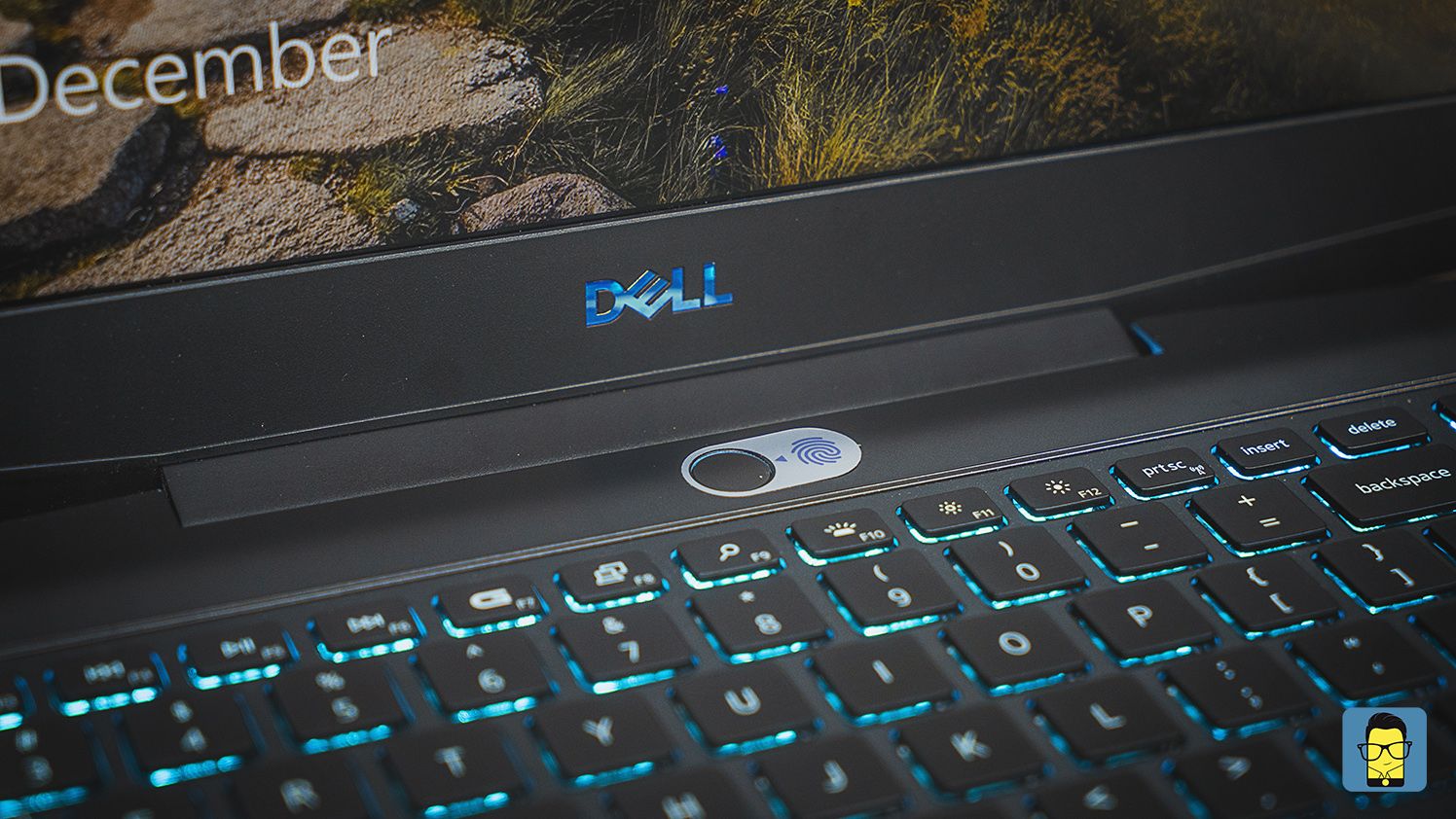 Moving on, my review unit of the Dell G3 3590 sported a matte black paint job which if done correctly, looks phenomenal. Case in point, the Lenovo Legion Y540, a direct competitor to Dell’s latest offering and looks quite elegant. Unfortunately, the finish on the G3 3590 feels a tad-bit cheap and it exhibits fingerprints and smudges like nobody’s business. Don’t get me wrong, I am a fan of the textured lid but it could do with an oleophobic coating of sorts. 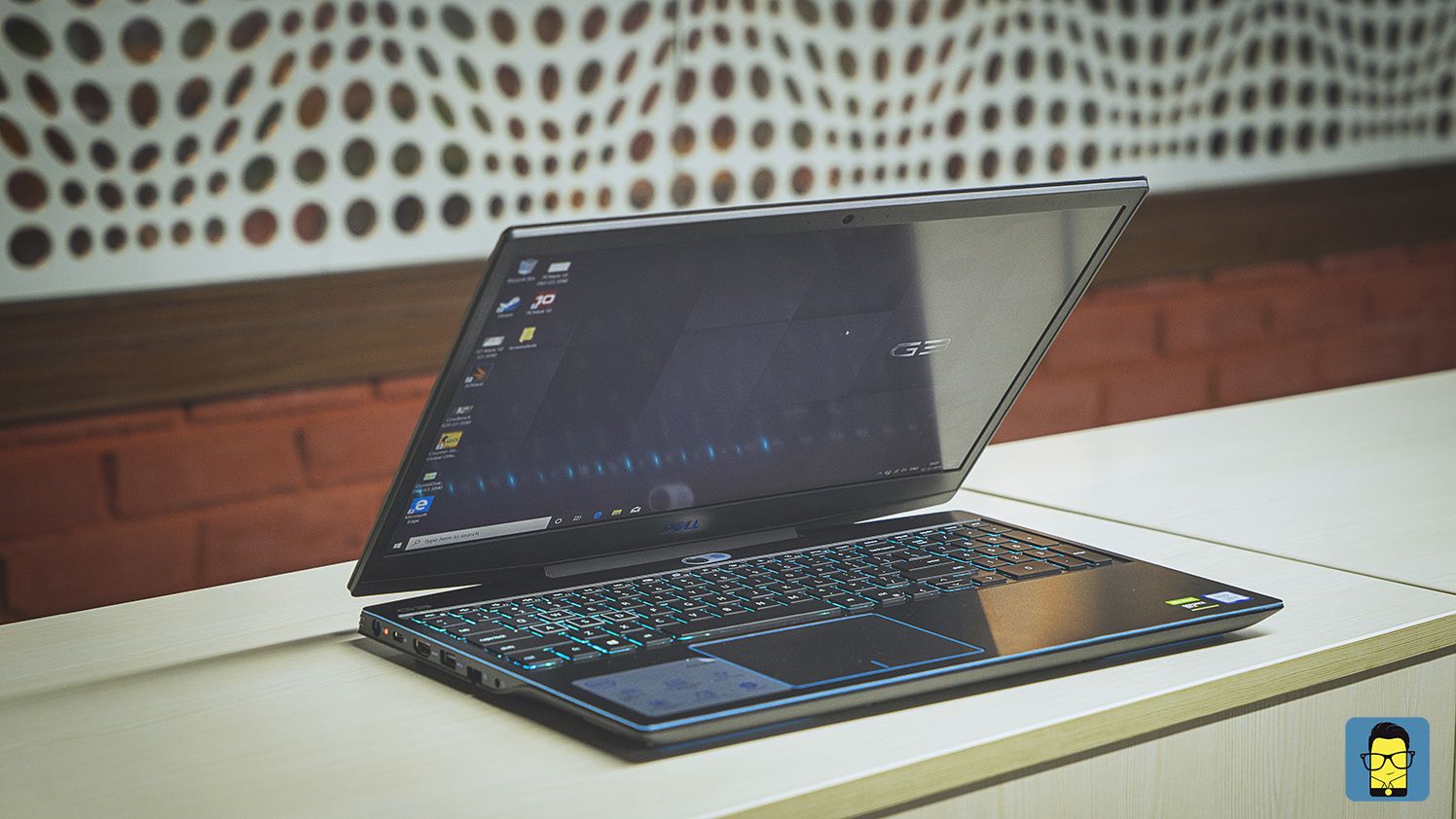 On the bright side, the G3 3590 is among the handful of gaming machines that doesn’t employ an abhorrent colour scheme and instead, features tasteful blue accents on the logo and the trackpad. Furthermore, despite using plastic in its construction, the G3 3590 feels quite sturdy too and there was nary any flex on the base of the unit. 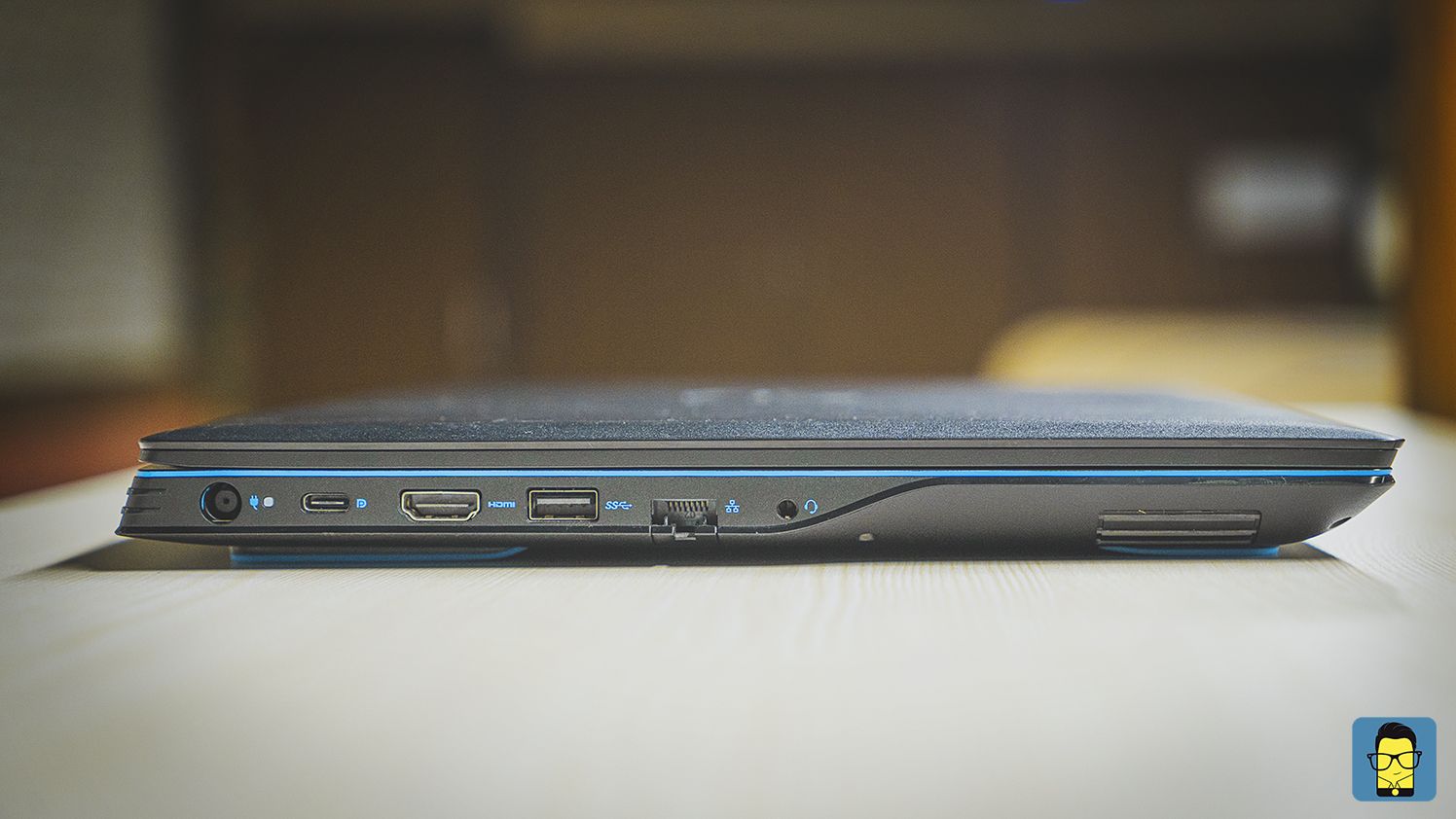 Now, much like most gaming laptops, the Dell G3 weighs a significant chunk too. In fact, at almost 2 kilos, it’s among the heavier laptops out there. However, the laptop’s beefy design does have some merits. For one, the laptop offers a wide canvas to type comfortably, which I’ll talk more about in the subsequent sections. More importantly, the G3 3590 ships with a treasure trove of ports and with the laptop, you’ll get a USB Type-C DisplayPort, a barrel-style connector to charge the machine, a full-sized HDMI slot, a USB 3.1 port, an RJ45 Ethernet slot, and a headphone jack. And, these are just the ports on the laptop’s left fascia. 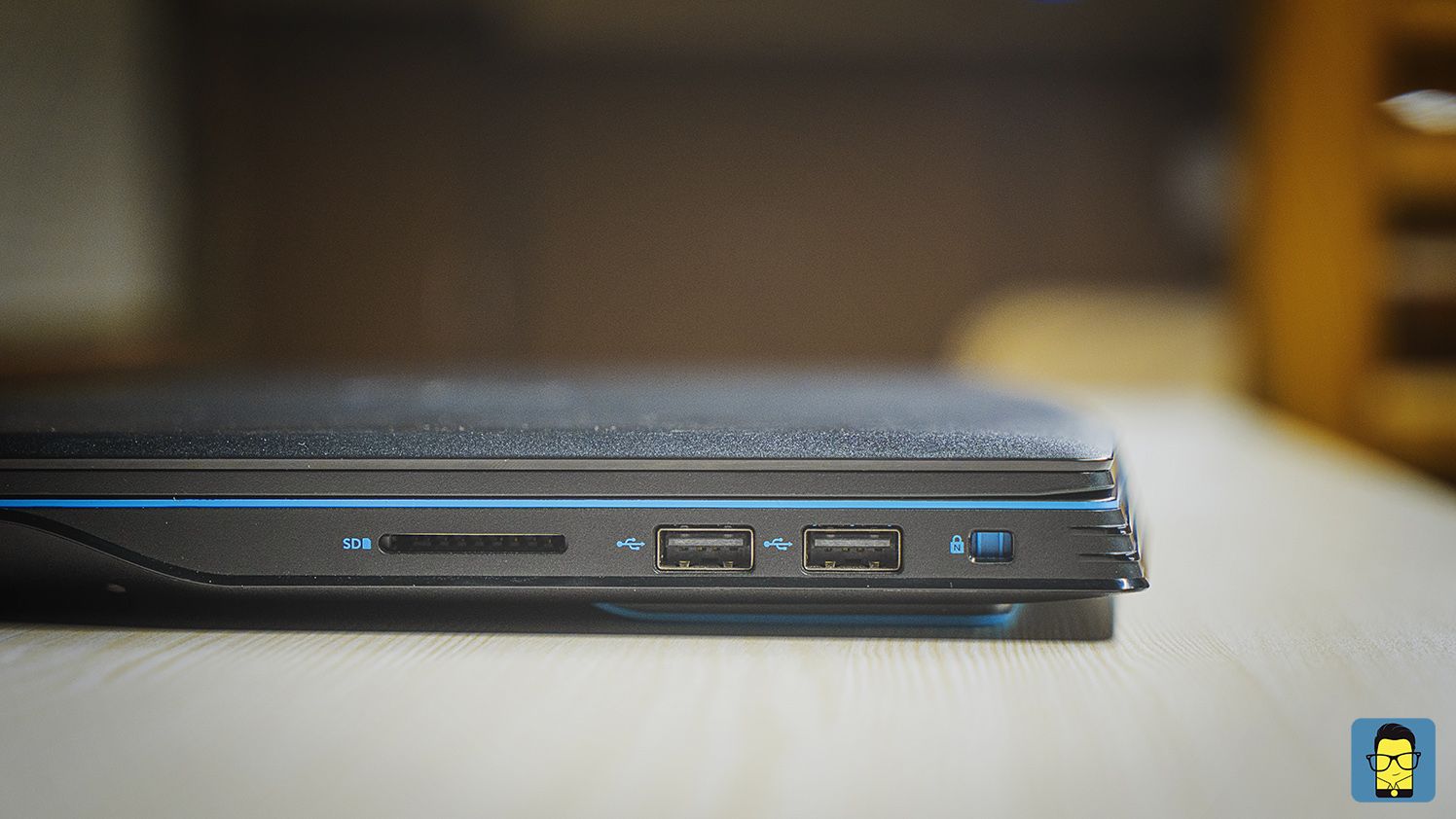 Towards its right spine, the machine features two additional USB Type-A ports, a lock slot, and a full-sized SD card slot. Lest I forget, you get a fingerprint sensor embedded in the laptop’s power button, which is a nice touch. Suffice it to say, you can kiss the dongle-life goodbye with the G3 3590 in your arsenal. 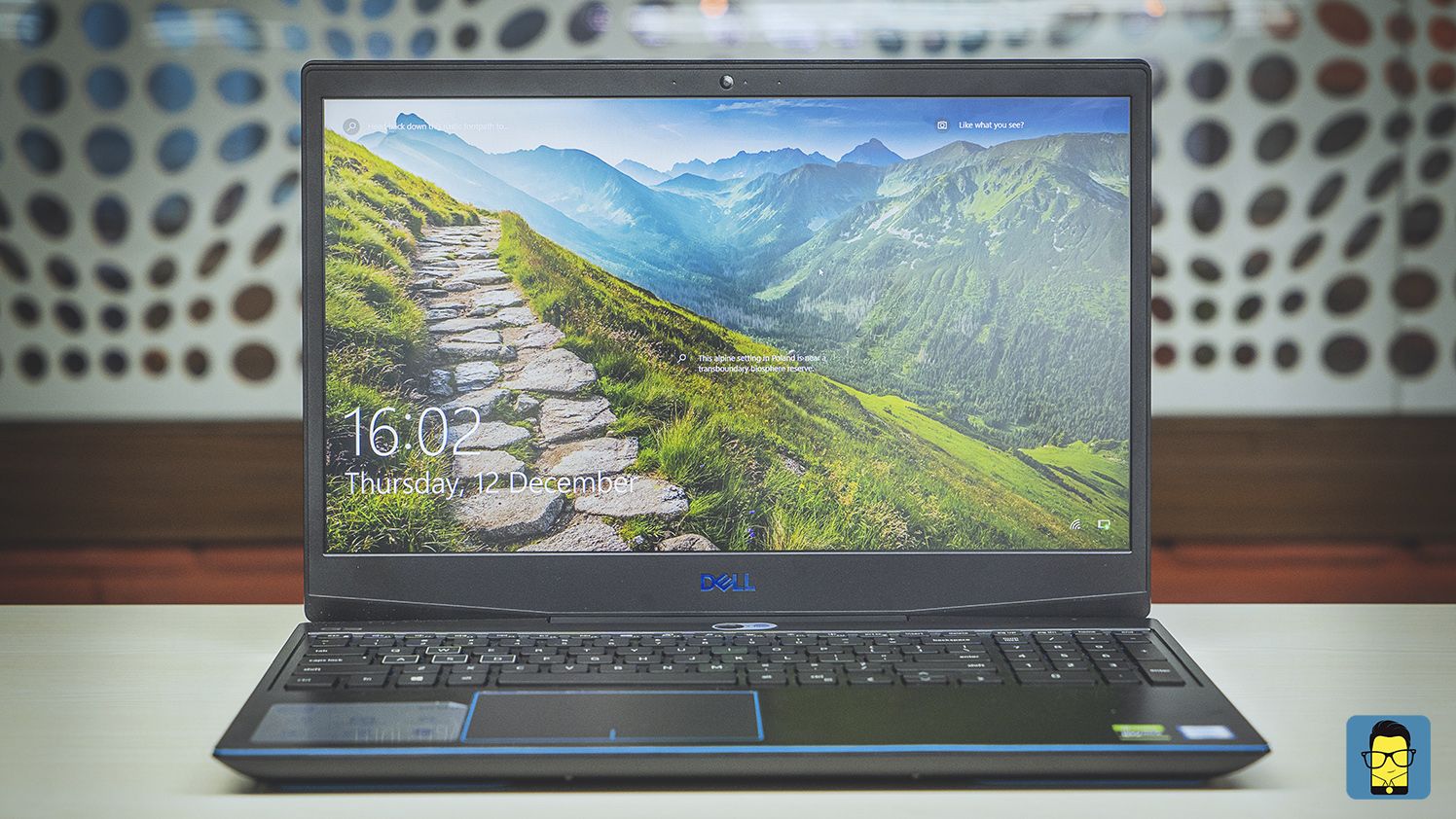 Coming to the display, the Dell G3 3590 offers a 15-6-inch, full HD IPS panel which ships with a matte coating on top. On one hand, I thoroughly enjoyed the display on the unit as it kept unnecessary glares and reflections to a minimum. On the other, the matte coating limits the screen’s overall brightness and at just 300nits, the Dell G3’s display could come across as dim and less legible in well-lit environments. Thankfully, the laptop somewhat makes up for its dull display by offering a refresh rate of 144Hz, which in a word, is stupendous. System animations glide on the display and thanks in part to the panel’s snappy response rate, the G3 3590 will undoubtedly help you take your gaming cred to the next level.

I spend hours typing out scripts and articles every day and therefore, I cannot make do with a mushy keyboard. Thankfully, the G3 3590 didn’t disappoint me in the slightest during my time with the machine. The keys offered nominal wobble and tactile feedback, allowing me to get to my typing speed in little to no time. Adding to the list of pros, the G3 3590’s keyboard is quite spacious too, ensuring my fingers weren’t fighting for space when I was working on the machine. And, for all the accountants in the audience, you do get a full-sized Numpad with the device which should speed things up when you’re using tools like Excel. 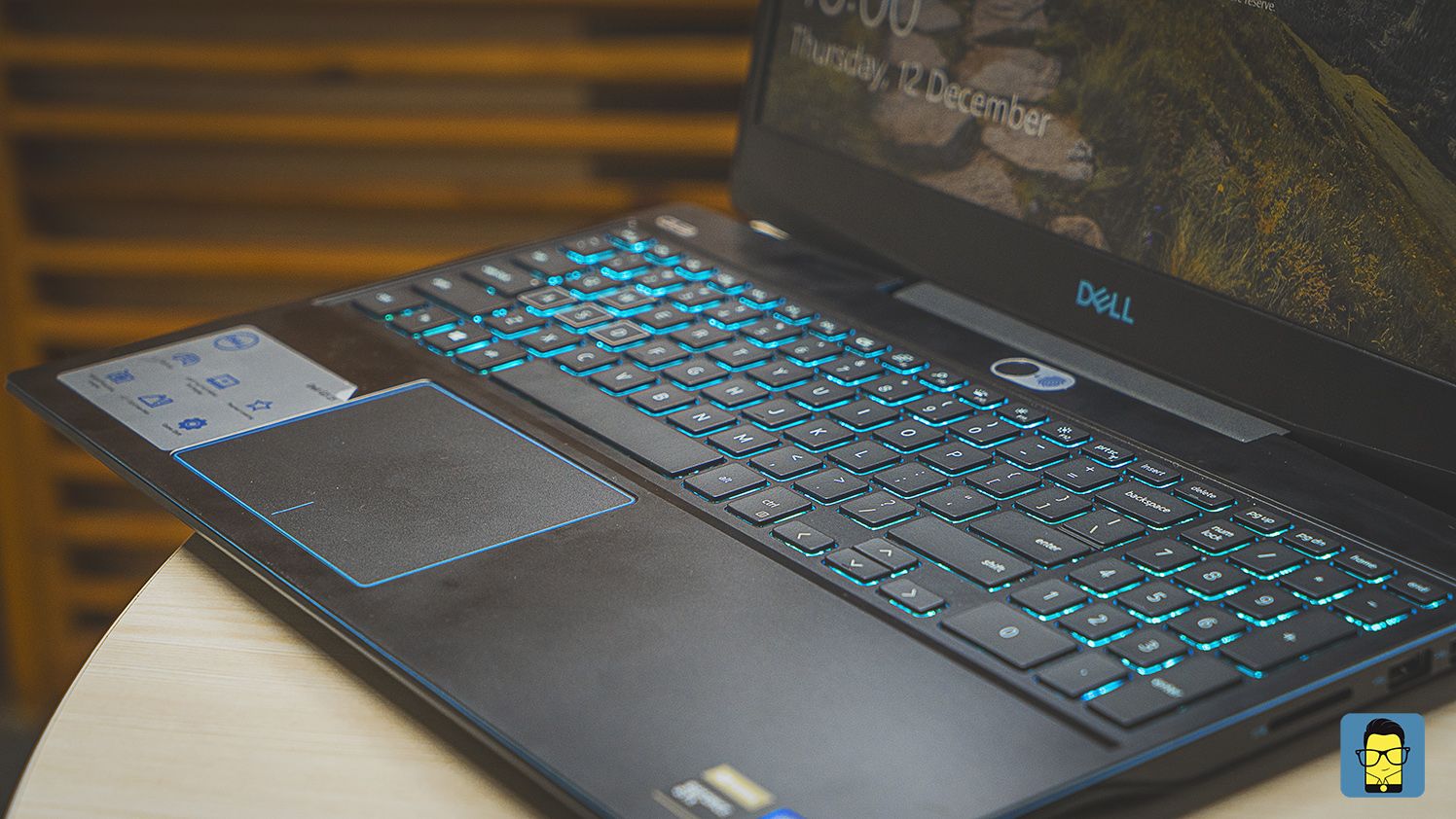 As for the trackpad, I don’t have much to complain about here either. The unit features Windows Precision Drivers and therefore, responded to multi-finger gestures well. I would’ve appreciated had the company positioned it more towards the centre but it’s not a deal-breaker. 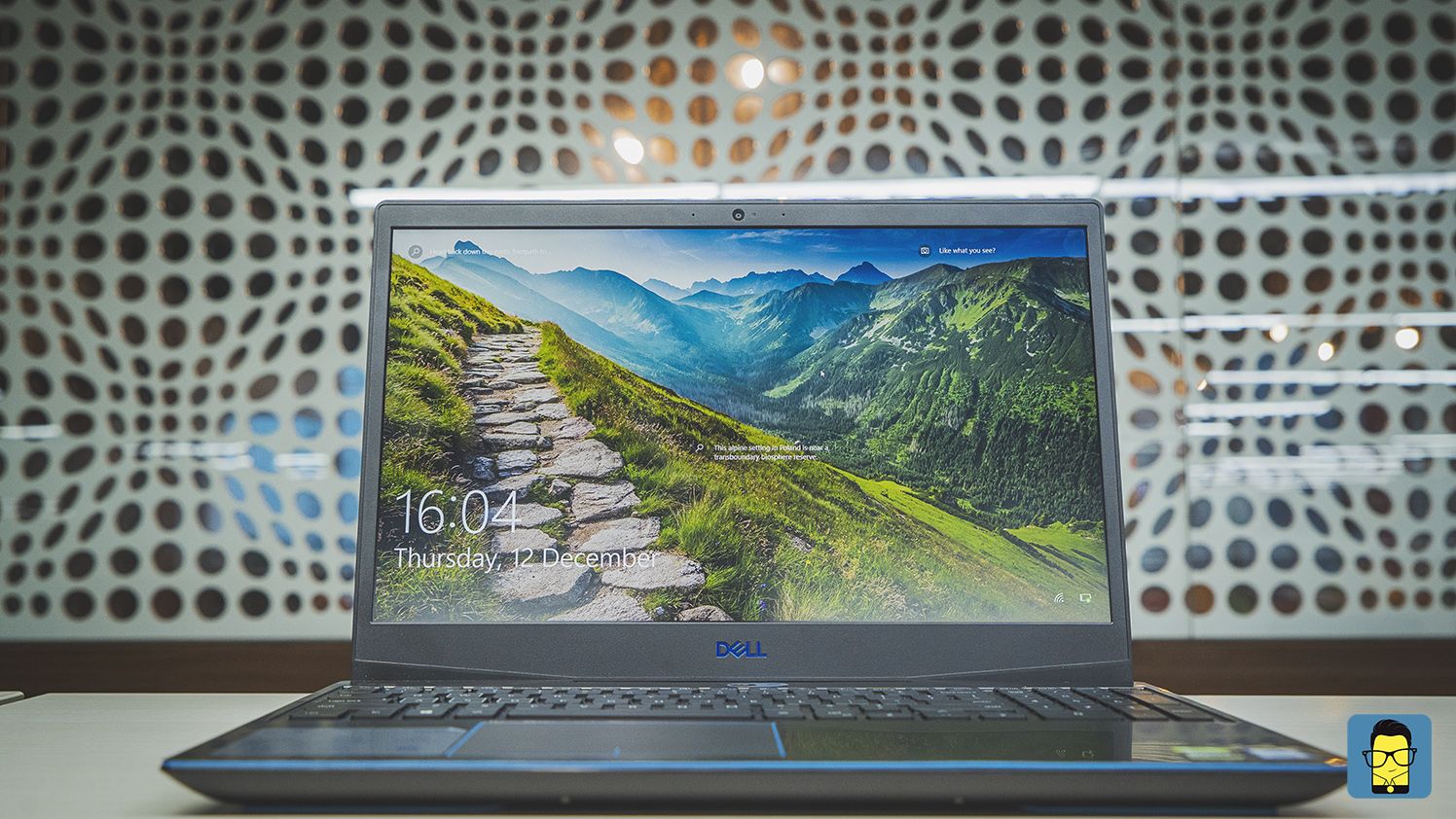 The Dell G3 3590 utilizes a pair of downwards-firing speakers to keep up with your movie-watching needs. Now, the sound output is nothing to write home about as the speakers lack bass and even sound sibilant to some degree. Therefore, words ending in an ‘S’ sound quite discomforting. Ergo, I’ll recommend you use a pair of headphones with the laptop to enjoy good-quality audio being relayed to your ears.

The Dell G3 3590 is backed by impressive specs and underneath its plastic chassis, you’ll find Intel’s Core i7-9750H hexa-core processor which works alongside eight gigs of RAM and 512GB of built-in SSD storage. Graphically intensive tasks are tackled by an Nvidia GTX 1660Ti GPU which features 6GB of VRAM. 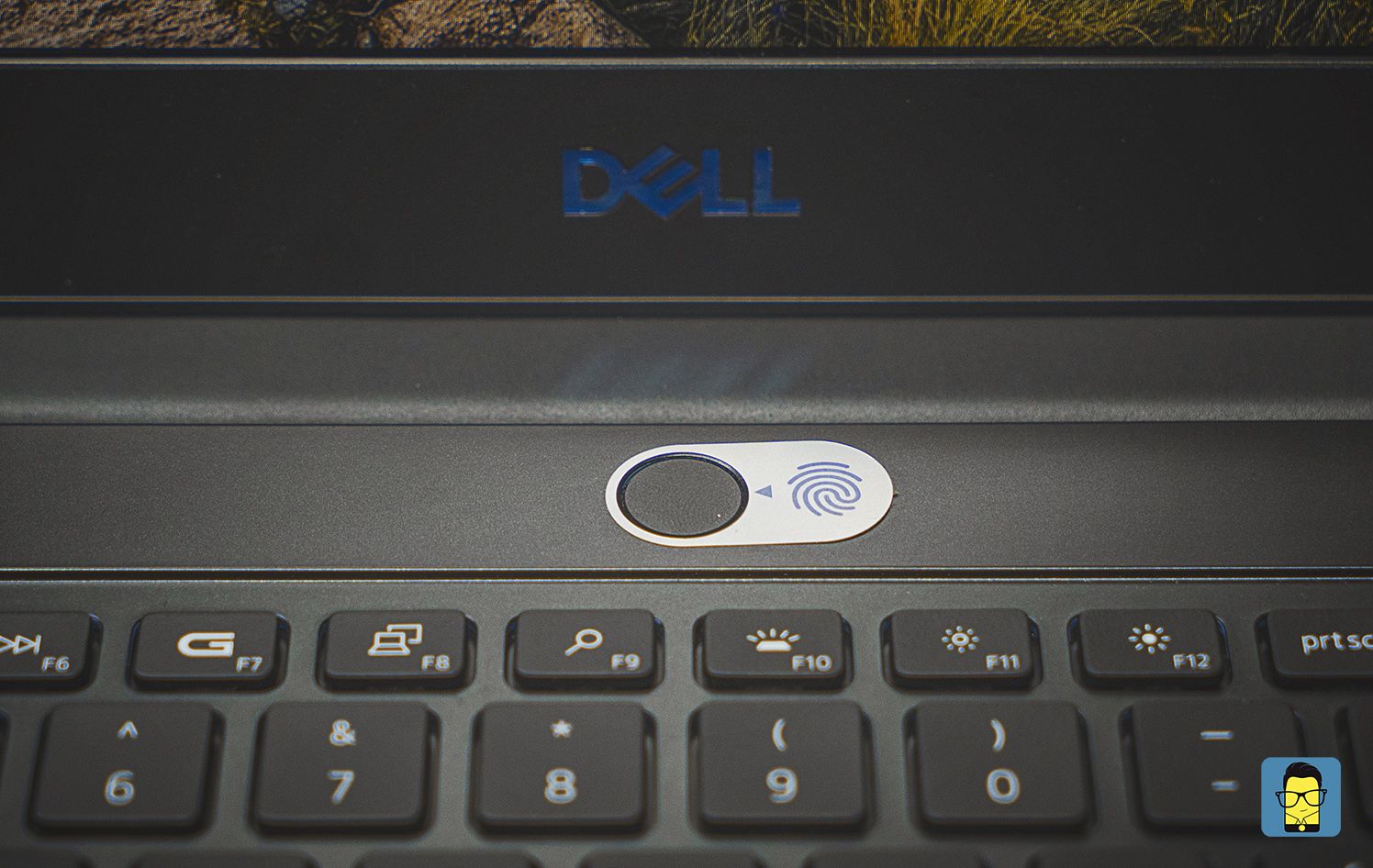 Going by the specs, you’d be wise to assume that the Dell G3 breezed through my workflow, which mostly involved web-browsing and typing out articles on Word. However, I did put the device through a slurry of benchmarks and even ran a handful of games on it to get a better gauge of its performance. To cut a long story short – the Dell G3 3590 is an extremely capable machine and I could easily run e-sports titles like Counter Strike: Global Offensive on the laptop at the highest possible graphics preset. For more graphically intensive titles such as Witcher 3, I did have to turn some settings down, notably Nvidia’s HairWorks and Depth of Field which allowed me to play at respectable frame rates. 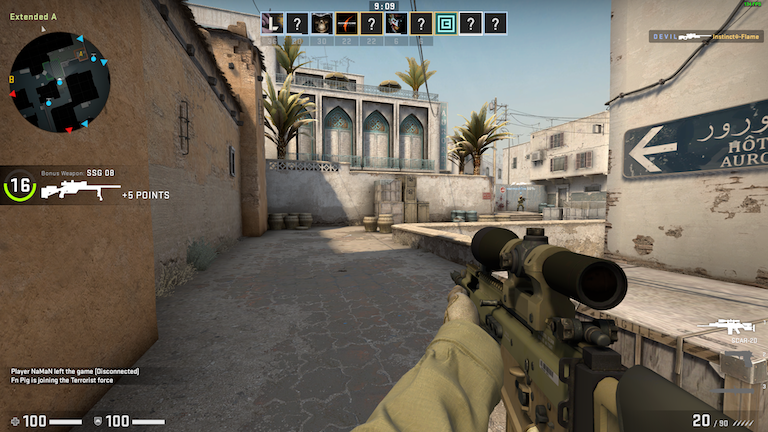 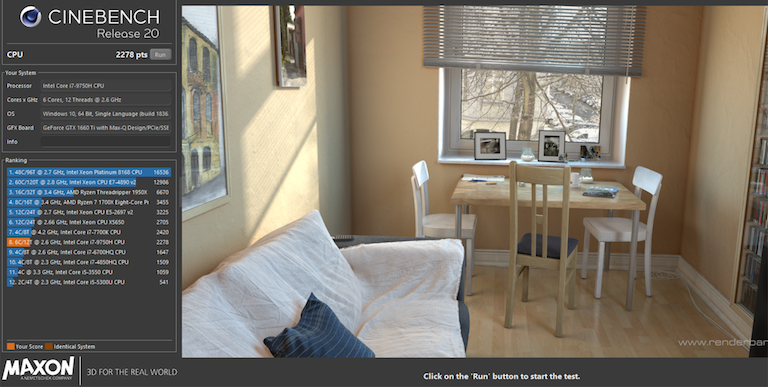 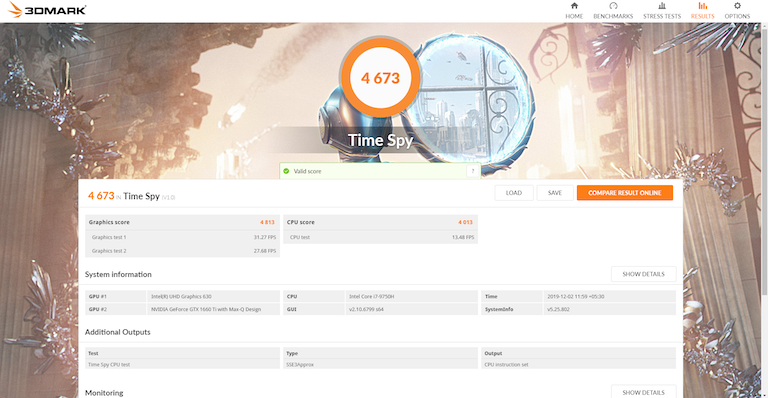 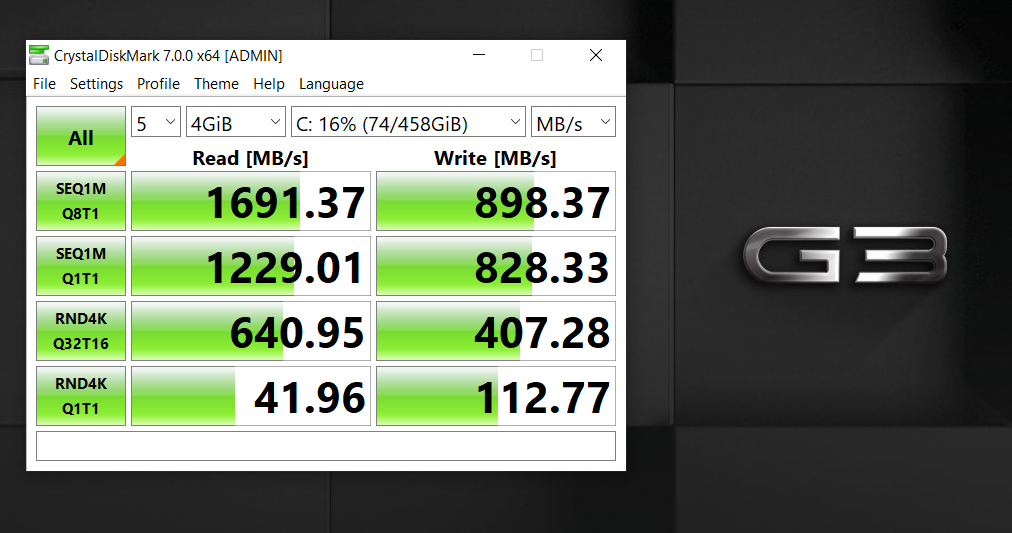 As for synthetic tests, well, the Dell G3 performed admirably yet again and managed to score 4,673 points in 3D Mark’s Time Spy test. In PCMark 10, the laptop garnered 4,986 points which coupled with the machine’s impressive performance in CineBench R20 (2,278 points), showcase just how well the laptop’s hexa-core chip handles multi-threaded applications. Rest assured, the Dell G3 3590 will rarely ever disappoint you with its performance. 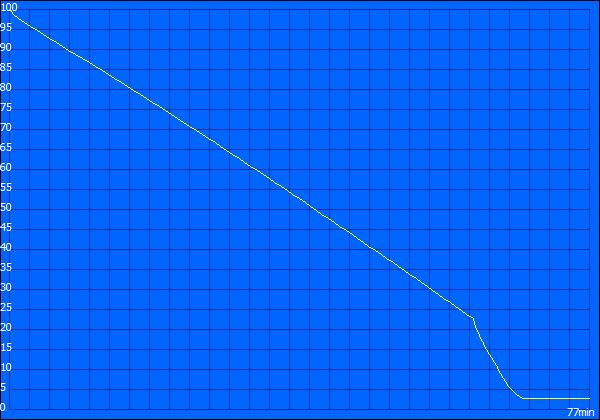 Battery life is the achilees heel of most, if not all gaming laptops and the same is true for Dell’s G3 3590 too. In fact, the laptop lasted just 77 mins in our Battery Eater Pro test and therefore, I’d advise you to pack the unit’s clunky brick if you plan on getting some work done on the go.

So, should you buy the Dell G3 3590? Well, as configured, the laptop will set you back Rs 1,08,590 and for the price, the unit offers impeccable performance to boot, along with a top-quality keyboard and a high-refresh rate display. Unfortunately, the laptop doesn’t quite give the impression of a Rs 1 Lac laptop, which might not sit well with some buyers. Moreover, for almost Rs 6K less, you can instead get your hands on Lenovo’s all-new Legion Y540, which doesn’t just look better but also ships with more RAM (16GB) from the word go. 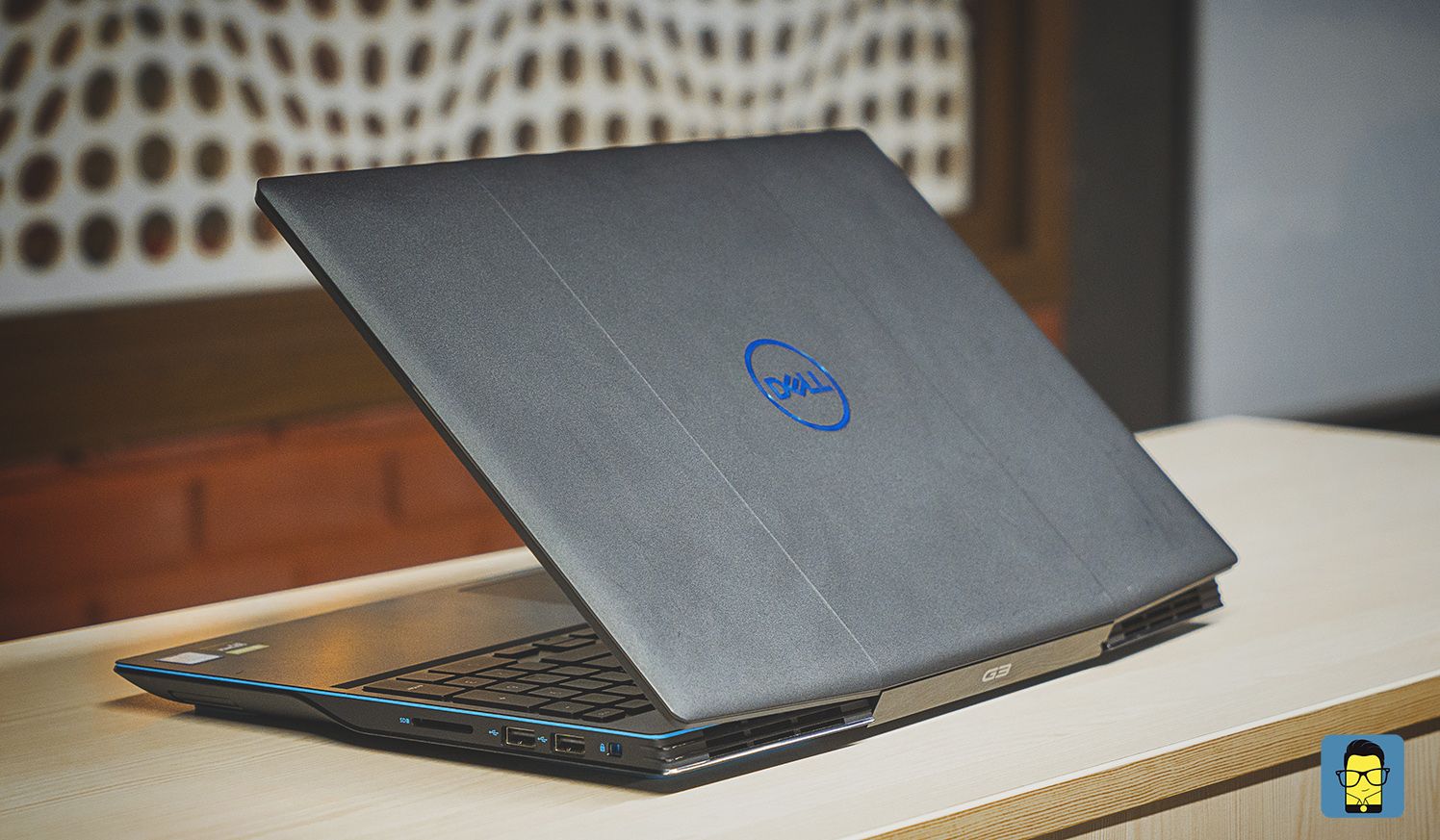 That being said, Dell is renowned for offering excellent after sales support, so if you plan on holding on to the machine for a couple of years, you might want to go for Dell’s offering. At the end of the day, the G3 is a fantastic laptop, however, I’d like to see the company experiment with the design a bit more down the line.