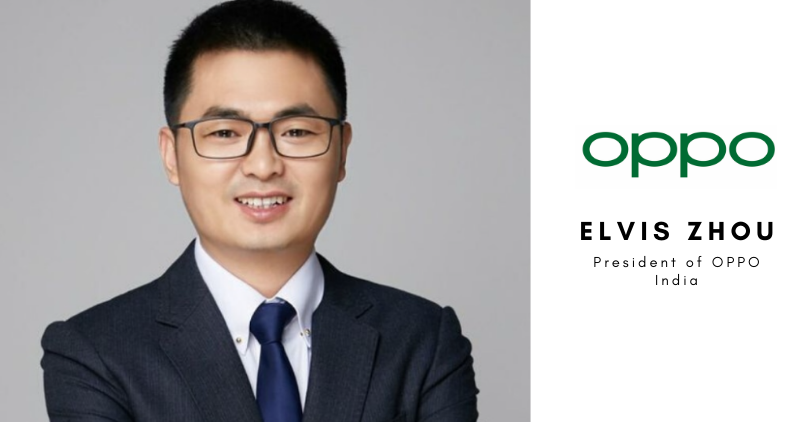 Previously working as General Manager of OPPO’s Mumbai office, Elvis Zhou is now appointed as new President of OPPO’s India operations. Mr. Zhou has spent more than 11 years with the company in the various role. Starting with the regional manager in East Guangdong.

Elvis Zhou – Who is he and what it could mean for OPPO India?

OPPO looks excited as it welcomed its new president, who is a very familiar face for the brand. When the company started its operations in India, Zhou was sent to India for expanding the company’s presence to India. More than six years down the line, OPPO has grown as the top five smartphone brands in India with a strong presence in the offline market.

In a statement from the company, welcoming Elvis Zhou on board, Charles Wong, Vice President of Global Sales, OPPO said, “Elvis has been an integral part of the OPPO India. His experience in the smartphone industry makes him the ideal person to lead our ambitious India growth strategy as we expand our operations. We extend a warm welcome and congratulate him on his new role.”

The interesting part is that with Zhou already familiar with the Indian smartphone market trends, his new role of spearheading the business operations in India could probably be gearing up the operations unlike we have seen before.

So far this year the brand has released OPPO F15, an upgrade to its F11 handset. The upcoming smartphone that the brand is slated to release next is in its Reno line-up. The Oppo Reno3 Pro is scheduled for launch on March 2nd. It will be interesting to see how OPPO operates in India as it now gets a new President in India.