Everything Google announced at the Google for India 2019 event 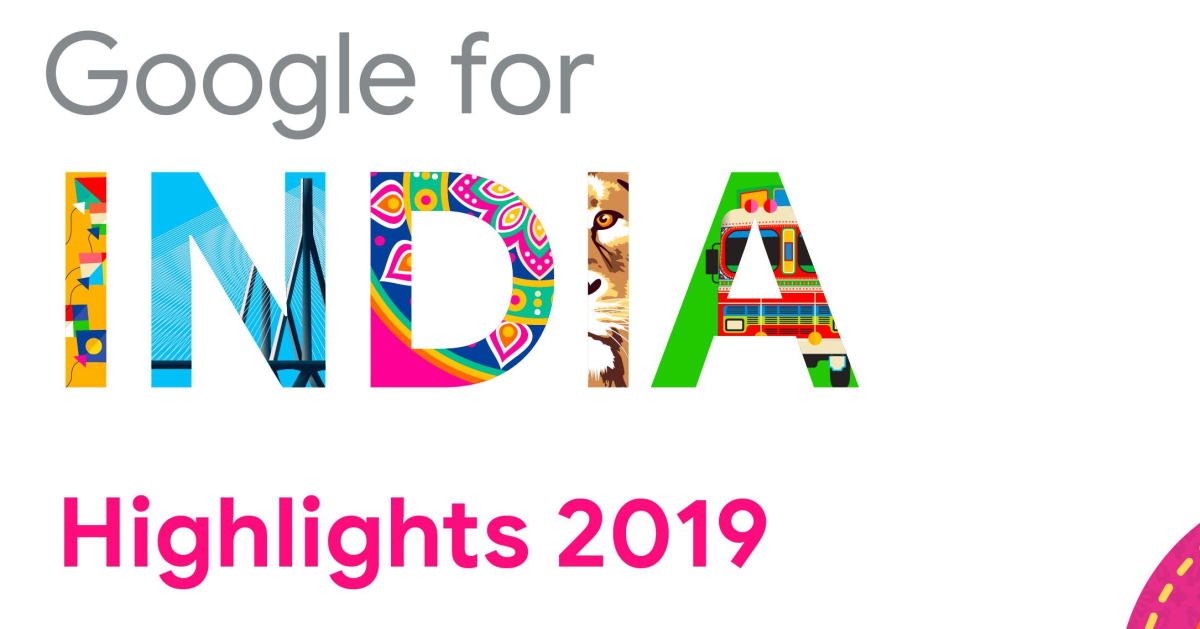 Google hosted the fifth edition of its Google for India event here in New Delhi today. As expected, the company had a lot of services to be announced. The Mountain View giant announced additions to the Google Assistant while making Google Pay (Tez) more secure and accessible to all. In case you missed the event, here are the highlights of everything that was announced today.

One of the best features of the Google app is the Discover tab. The Discover feed shows you the latest news, sports scores, weather updates, and whatnot. However, up till now, Google itself was doing it automatically. The company has now given users the control over their Discover Feed. Google app users will now be able to customize their Discover Feed as per their interests. This will be possible with the introduction of the all-new Interest Picker. 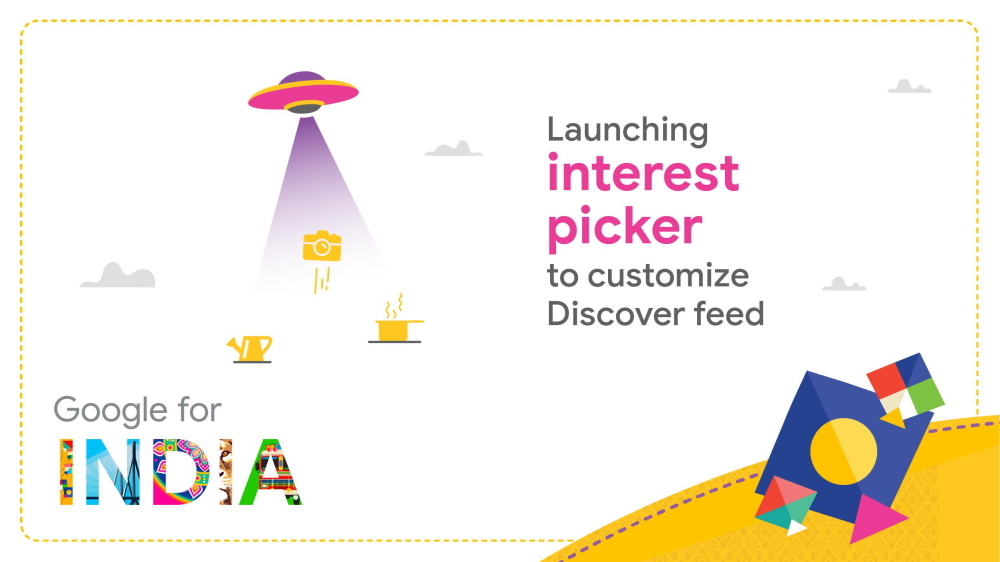 Google highlighted how Hindi is the second-most used language globally on the Google Assistant. However, it also acknowledged that India is a country of multiple languages. As such, they’ve launched support for more languages for the Google App. Both the Google App and Google Lens now work with a total of nine Indian languages, namely, Hindi, Gujarati, Kannada, Bengali, Marathi, Tamil, Malayalam, Urdu, and Telugu. You can also set your Google Assistant to speak in Hindi by saying “Ok Google, Hindi bolo” or “talk to me in Hindi.” 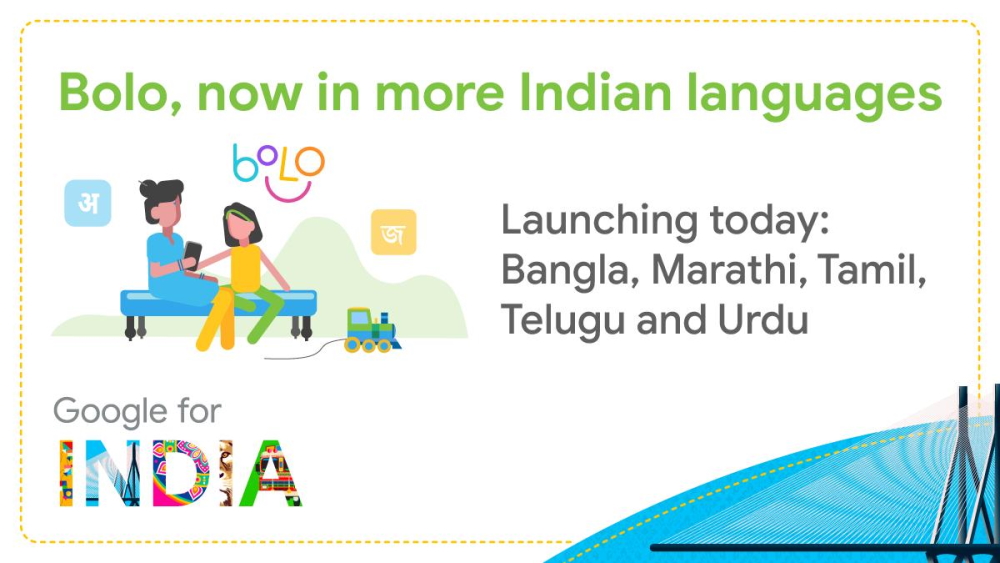 Google also introduced app actions for the Google Assistant. What this means is that the assistant will be able to take control of other installed apps on your device and carry out certain instructions based on your voice commands. According to the company, Google is working with food-delivery apps, so that you can order food online by using just your voice. The same support will also be added to book cabs or check your balance using banking apps. Lastly, there will also an Interpreter Mode, which will offer real-time translation between two people. 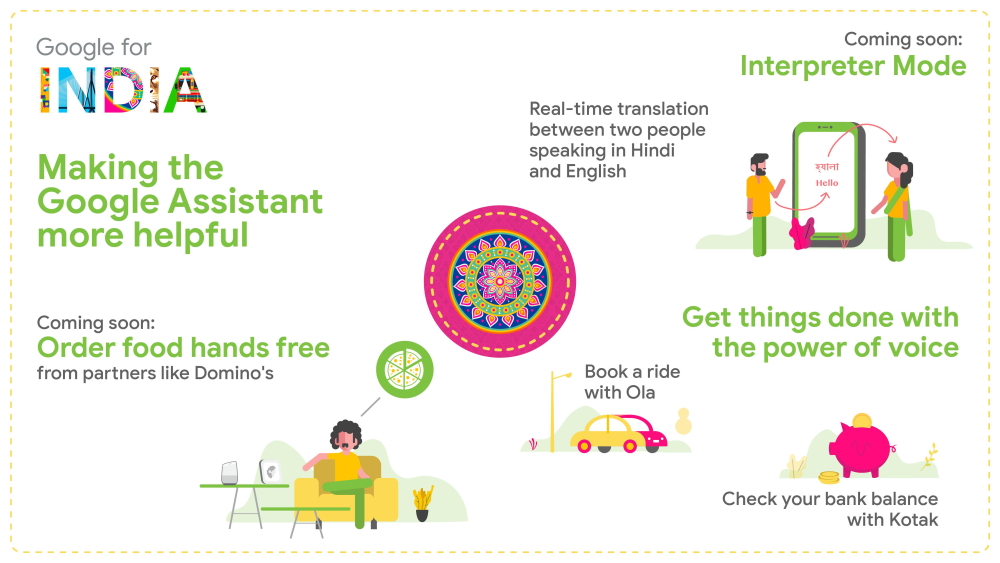 Google has partnered with Vodafone and Idea to roll out a new toll-free number for the Google Assistant. Users can directly call on 000-800-9191-000 number to connect with the Google Assistant. They can use the service to ask questions and get various kinds of information. The highlight of this feature is that it is completely free and you don’t even need an internet connection for this. 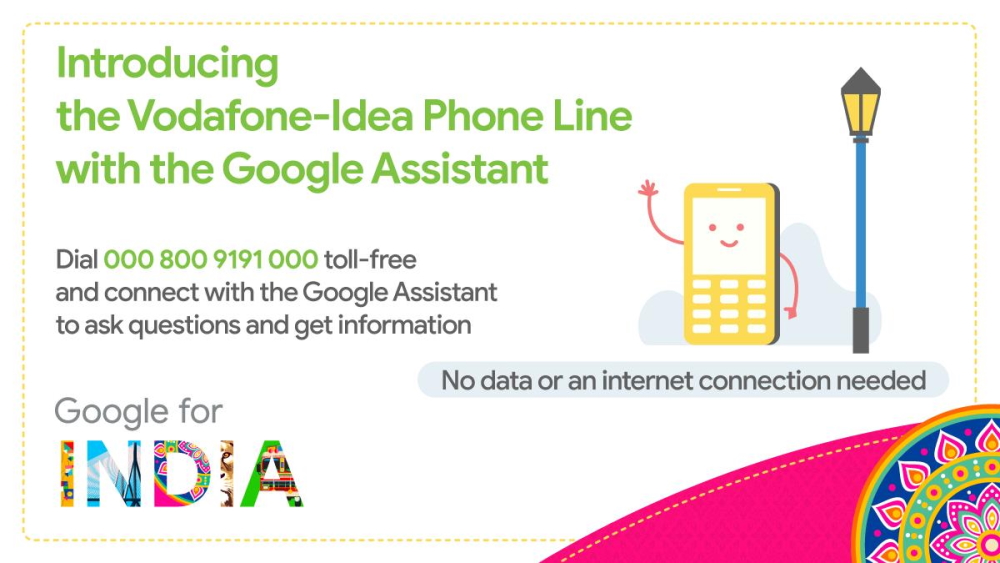 Google Pay (formerly known as Google Tez) has become one of the top used apps for payments in the country. In fact, in the last 12 months, monthly active users on Google Pay have grown by more than 3 times. The company states that nearly 67 million users make use of Google Pay monthly. As such, it is important to ensure that the transactions taking place are secure, while also expanding the platform to business users. Owing to that, Google announced three improvements to Google Pay, that are The Spot Platform, Google Pay for Business, and Tokenized Cards. 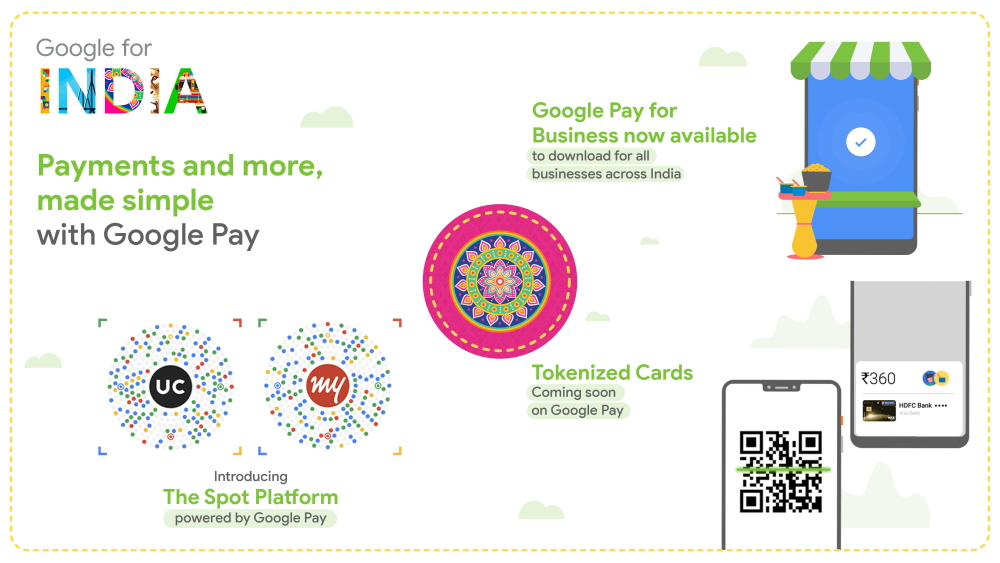 Google Spot platform is a digital front for a business that is created, branded and hosted by them, and powered by Google Pay. Users can discover a Spot online or at a physical store and pay via the Google Pay app. Adding on to this, the company also launched Google Pay for Business, which would allow merchants to make use of Google Pay. As for consumers, the new Tokenized Cards feature should come in handy. In this, only a digital token is passed to the merchant. As a result, the users’ card details will be protected and secured. It will work with Visa, MasterCard with Rupay coming later.

Lastly, Google is also rolling out the Jobs feature to the Google Pay app. Currently for the Delhi NCR audience, the feature will help people find entry-level jobs in fast-growing industries like retail, hospitality and on-demand businesses. It relies on machine learning to recommend a regularly updated list of 10 jobs. Users will be able to apply for the job directly from Google Pay app. 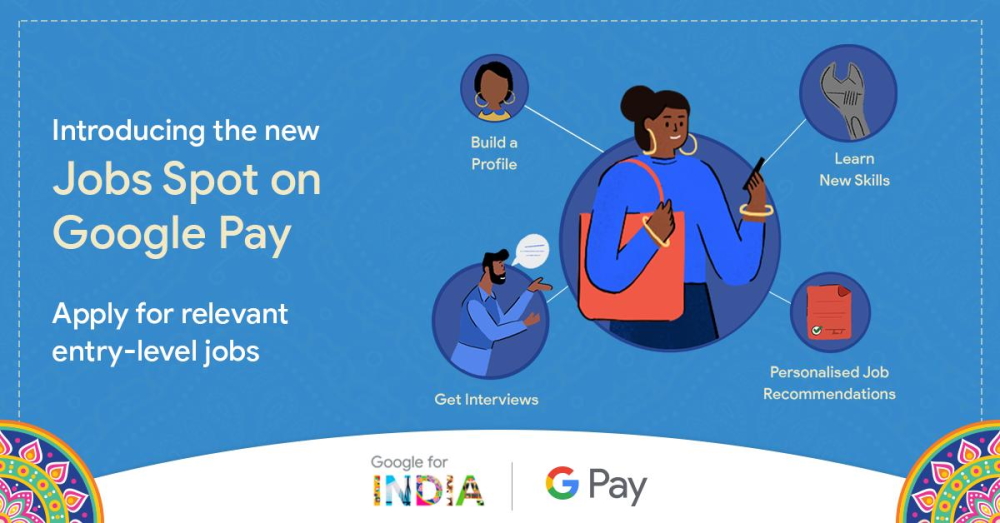 Well, that was everything announced at the event. What was your favorite feature launched by Google today? Let us know in the comments below. Also, make sure to stay tuned to Mr. Phone to catch up on all the buzz in the technology world.