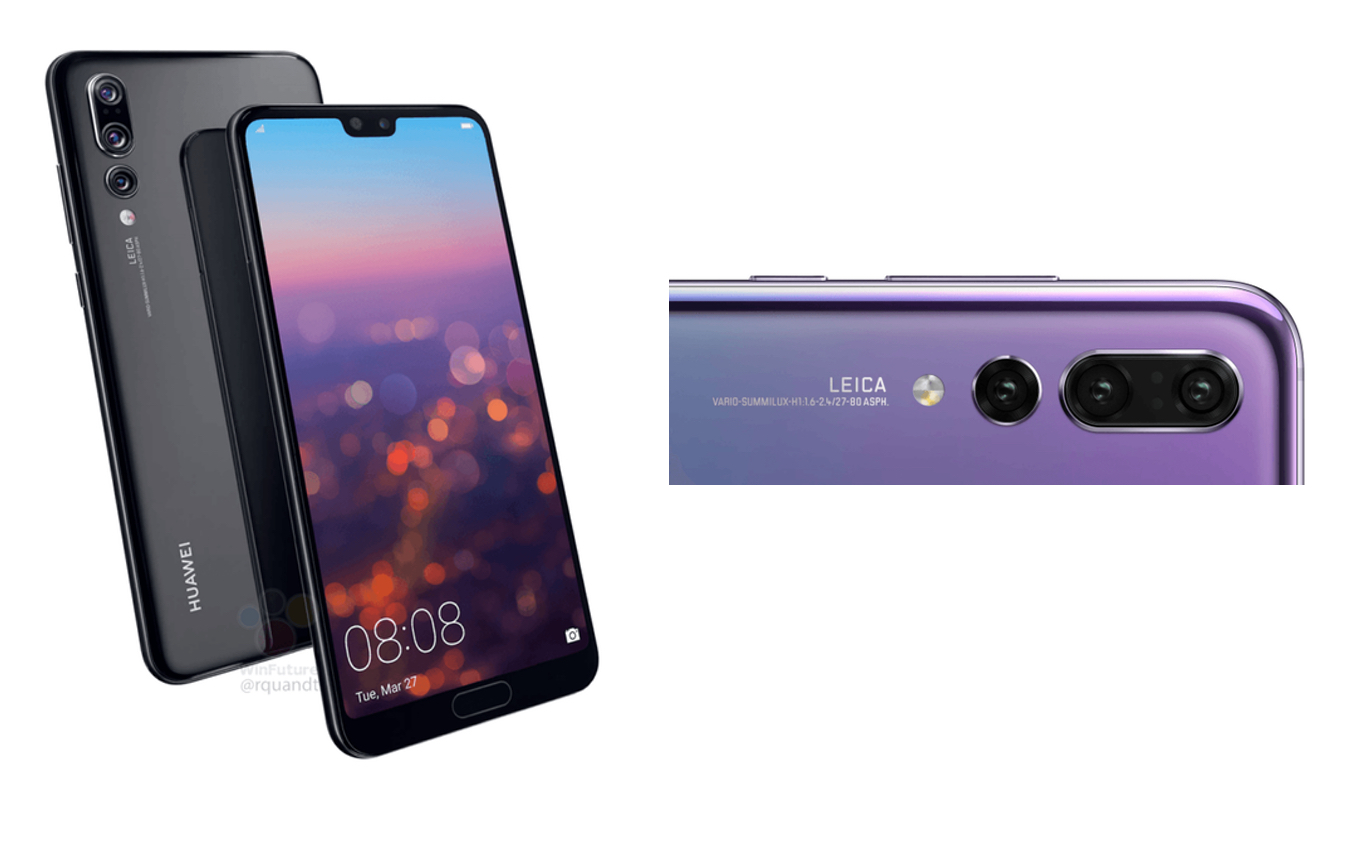 The one phone that has leaked more than any other phone in 2018 has to be the Huawei P20 series. Huawei’s next flagship is truly the talk of the town and the leaks have been flowing in by the bucket. The latest one by serial tipster Roland Quant on Winfuture.de all but confirms everything about the Huawei P20 Pro. Most importantly, we have some clarity about the insane new Leica-branded triple camera setup.

The triple camera setup on the has a 40MP primary camera (anyone remembers the 41MP camera on the Nokia Lumia 1020?). There is a secondary 8MP camera that supports it. In unison, these two camera can apparently shoot “hybrid zoom” with 5x magnification. We tend to believe that hybrid zoom is not completely optical zoom, and is instead a combination of optical (physical) and digital zoom. If you recollect, Oppo was actually the first one to showcase 5x lossless zoom on a smartphone at MWC 2017.

Interestingly, Huawei has also included a third 20MP monochrome sensor to shoot more details in conjunction with the other sensors — just like its older flagships. The P20 Pro also combines sensors with apertures between f/1.6 and f/2.4. However, there is no detail yet on which aperture works with which sensor. The front camera on the Huawei P20 Pro will come with a 24MP sensor.

The report also highlights that Huawei will introduce a new Light Fusion mode. We have no clue what that means but it could have something to do with enhanced low light pictures.

Apart from these three cameras, there were strong rumours suggesting the P20 will come super slow motion recording

The report also details that the phone will include a 6.1-inch 19:9 OLED display with a resolution 1080×2240 pixels…with a notch! However, Huawei has decided to keep the fingerprint scanner on the front below the display.

The P20 Pro is expected to come with a Kirin 970 SoC with the Neural Processing Unit (NPU). As for storage, it could come in three storage variants – 64GB, 128GB, and 256GB. You also get a 4,000mAh battery with a supercharging technology and support for two SIM cards. Oh btw, there are strong rumours suggesting that the phone will not come with a headphone jack but will include a single USB Type-C 3.1 port.

The phone is expected to run EMUI on top of the latest Android 8.1 Oreo software. Of the three new colours of the P20 Pro – Ceramic Black, Midnight Blue and Twilight — the two-tone Twilight colour looks the most impressive.