Everything Microsoft announced at the Microsoft Surface Event 2019 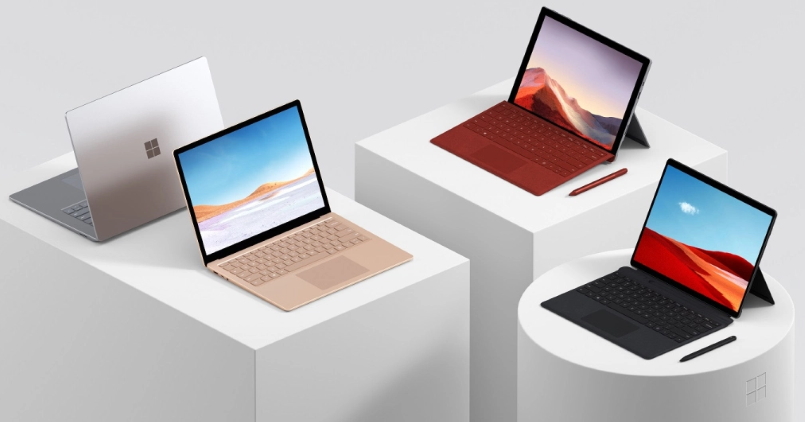 Next up, we have the Microsoft Surface Pro 7. Similar to the Surface Laptop 3, the Pro 7 also finally gets the much-awaited USB Type-C port. It features the same 12.3-inch display as the Surface Pro 6 but offers a ton of upgrades on the inside. Under the hood, you get up to 10th-gen Intel Core i7 processor with up to 16GB of RAM and 1TB of SSD. There’s also a more powerful Surface Pen for editing in Microsoft Word and Excel. The laptop also comes with Handwriting recognition to sweeten up the deal.

A new product for Microsoft, the company deemed the time to be right to jump on to the wireless earbuds bandwagon. The Microsoft Surface Earbuds feature directional dual-mic arrays in each earbud to cancel out background noise while still capturing your voice effectively. They offer omnisonic sound, one-click pairing to your device, a charging case, and support for touch gestures. The battery life claimed here is 24 hours, which is a massive claim as well.

In a nutshell, the Surface Pro X is a versatile tablet device with a detachable keyboard. However, it’s powered by a custom Qualcomm chipset, called Surface SQ1. The device comes with a 13-inch display with razor-thin bezels. The design is super-premium and ultra-light, with the laptop weighing less than 800grams and being just 5.3mm thin. As the trend of this year’s Surface products, the Surface Pro X also gets a USB Type-C Port. In working with Qualcomm, the Pro X also boasts of always-on LTE connectivity. There’s also the stylus that rests comfortably in the keyboard dock, and charges wirelessly as well.

The biggest surprise of the event was the two new products showcased on stage, which will come out in fall next year. The Microsoft Surface Neo and Surface Duo. Talking about the Surface Neo, it features two 9-inch display stacked alongside one another, with each side being just 5.6mm thin. The company claims it is the thinnest LCD ever and weighs just 655grams as well. Apart from the 360-degree hinge, there’s also a Bluetooth Keyboard that attaches magnetically to the back of the device. It can be flipped up, and then even shifted up and down to choose to get either a MacBook like TouchBar or a standard TouchPad. Microsoft is also working on a custom Windows 10X OS to work better for Dual Screen devices.

As for the Surface Duo, this would mark Microsoft’s comeback into the smartphone category after the demise of the Lumia series. Similar to the Surface Neo, it is also a dual-display device, that will also work as a phone. Microsoft stated that they are working with Google to offer the best of both Microsoft and Android for the Surface Duo. It features two 5.6-inch displays stacked alongside another and will work seamlessly, just like the Surface Neo, but in a smaller form factor that’s even more portable.

Pricing and Availability: Available Fall 2020; no word on pricing yet.