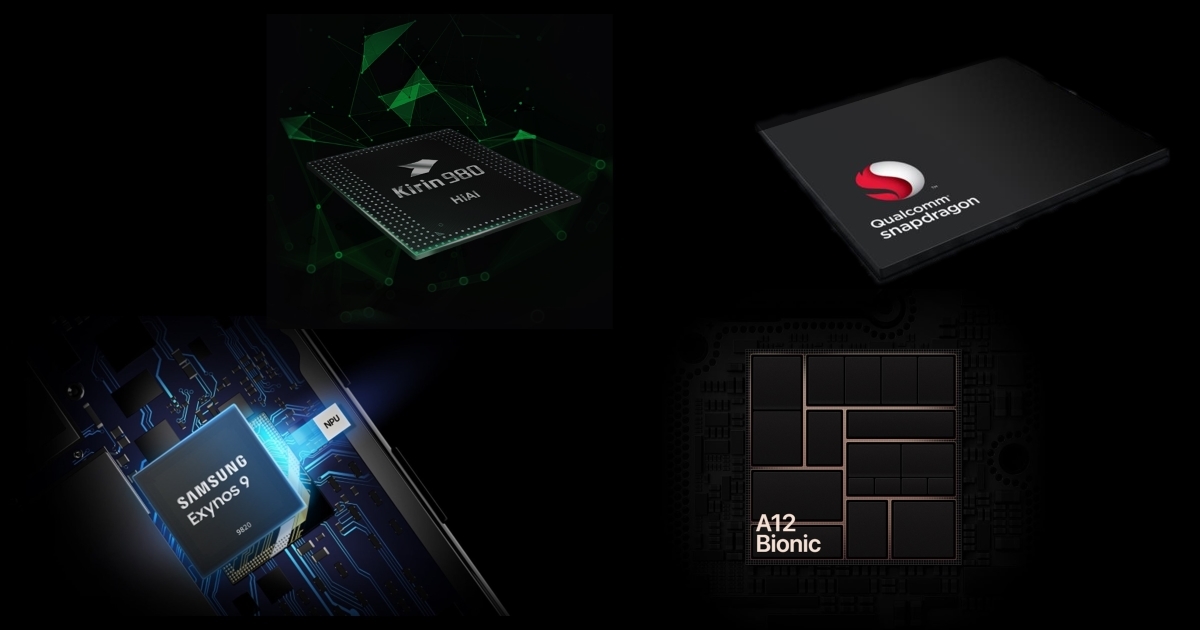 With 2018 coming to an end, we have seen some pretty new chipset launches. While Qualcomm’s Snapdragon 8150 is still due for its launch in December, other companies have already come out with their SoCs. Samsung recently launched the Exynos 9820 chipset, the successor to the Exynos 9810. Huawei also released the Kirin 980 chipset. In fact, it also powers the recently launched Huawei Mate 20 Pro. Lastly, there’s Apple with the A12 Bionic that powers the iPhone XS. With all the flagship chipsets out there, let’s see how they fare against one another.

Note: It is worth pointing out that apart from the Snapdragon 845, all the chipsets are next-generation chipsets. That being said, we already have devices with the A12 Bionic and the Kirin 980 SoC. The Exynos 9820 is also expected to ship with the Exynos 9820 in February on the Galaxy S10.

As you can see in the spec sheet above, the Kirin 980 is mostly in the driver’s seat with the Exynos just behind. Apple’s A12 Bionic chipset, on the other hand, comes with slightly less powerful features. As for the Snapdragon 845, it’s crying out for a successor.

The main idea of interests here are the cameras. While there is a close competition between Kirin and Exynos, it can be clarified on the basis of utility. Basically, for photography, the Kirin 980 is an all-equipped winner. As seen from the specs, it has the support for the maximum megapixels. Also evident from the Mate 20 Pro is how good the chipset is at handling triple lenses.

The Exynos 9820, on the other hand, is perfect for videography. Samsung claims the chipset supports encoding and decoding of 8K videos at 30fps. As for 4K UHD, it can do 4K@150fps, knocking out its competition out of the park.

Another noteworthy point is NPU. With AI clearly being the future, manufacturers are embedding dedicated NPU chips onto the main SoC. Apart from the Snapdragon 845, all three SoCs come with dedicated chips. 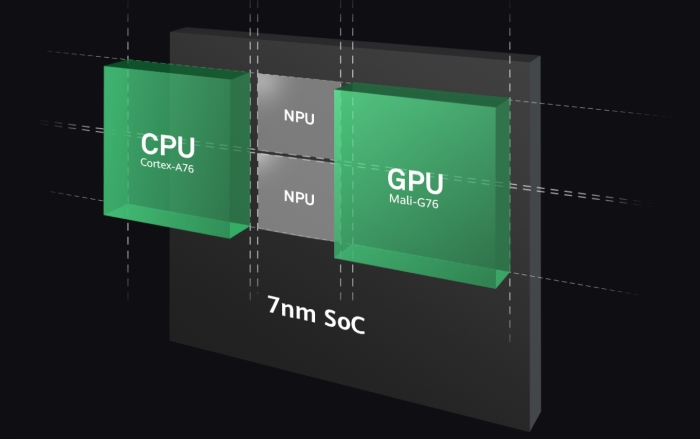 Dual-NPU setup on the Huawei Kirin 980

However, the Kirin 980 takes the lead here as well. The Kirin 980 comes with not one, but a dual-NPU design that takes things to the next level.

As for connectivity, surprisingly even the older Snapdragon 845 manages to outshine the A12 Bionic. Nonetheless, the Kirin 980 takes the lead here as well, coming equipped with the latest LTE Cat.21. The Exynos 9820 is just behind with the inclusion of the LTE Cat.20. For those of you who prefer the simpler language, it just translates to better uplink and downlink on the Kirin 980 and Exynos 9820 chipsets. That being said, the design of the smartphone also plays a crucial role in deciding the actual specs.

The devices powered by the Apple A12 Bionic are already out there, with the iPhone Xs/Xs Max and the Xr. Same goes for the Kirin 980 with the Huawei Mate 20 series. As for the newly launched Exynos 9820, the chipset is expected to make its debut with the Samsung Galaxy S10 series in February.

As you can see, the Snapdragon 845 is clearly outdated with its competition. Even in 2018, the chipset doesn’t even have a dedicated NPU on-board. Also, it is based on the older 10nm architecture, which means less power efficiency. As such, Qualcomm really needs to up its game.

Qualcomm is expected to launch the Snapdragon 8150 SoC later this year in December. Going by the rumors and judging by the competition, the chipset should be quite powerful. It is touted to be based on the 7nm architecture and come with a similar 8-core CPU setup. It is also said to come with support for LTE Cat.20 or Cat.21. The biggest change would also be the inclusion of an NPU chipset on board. Lastly, there are said to improvements in the camera department.