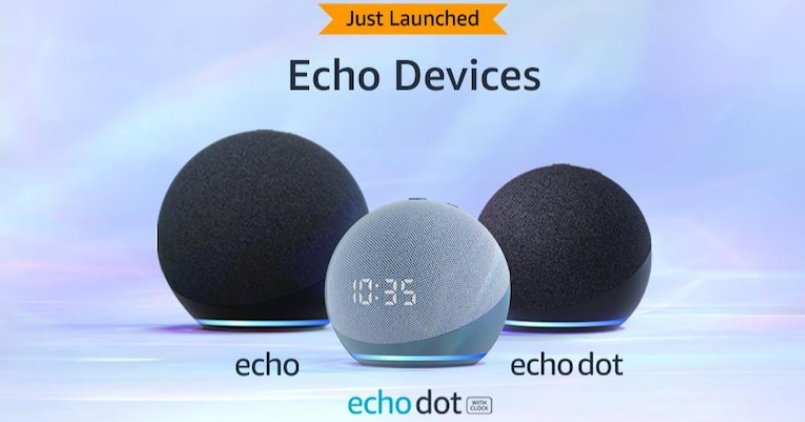 Amazon has been a brand that has stepped into multiple product markets, with one of the most known products from the brand coming in as smart speakers (Echo series). The Amazon Echo speakers work with Alexa, and, can be used as a smart assistant and a speaker, which can be quite helpful. Today, the brand launched the new Amazon Echo and Echo Dot, with new designs, some interesting features, and more. Let us discuss the specifications of the same.

With the new Amazon Echo series, there is an evident departure in terms of the design, with the speakers being spherical, with a fabric finish. To add to that, there is an LED light ring at the base of the sphere, which gives the speaker a premium feel. There are three variants, namely the Echo, Echo Dot with the clock, and the Echo Dot Kid’s edition. The Echo is the top-end model, with a 3-inch woofer, dual-firing tweeters, Dolby processing which also delivers stereo sound with dynamic-mids, clear highs, and deep bass. There is a built-in Zigbee smart home hub, with support for Bluetooth Low Energy (BLE).

The Echo dot features a similar design to the Echo, with identical speakers (in terms of appearance). The speaker is a 1.6-inch powerful speaker, with an interesting feature in the form of Amazon’s first-gen AZ1 Neural Edge Processor. As for the Kid’s edition, the design is a bit different, with two cute variants that look very sweet and will be quite appealing to a child.