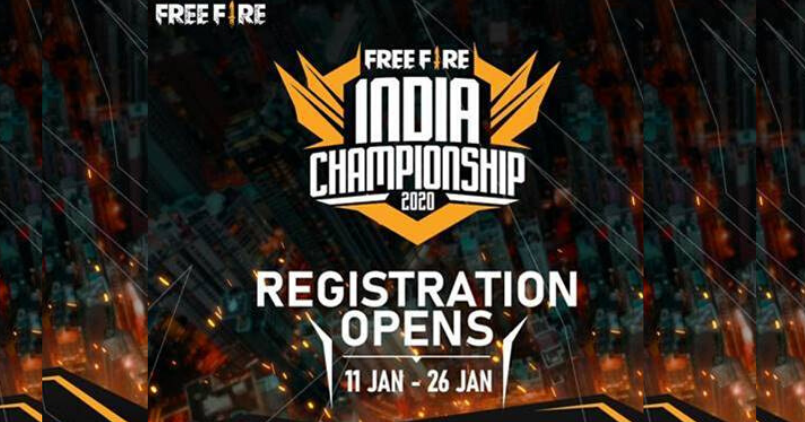 E-Sports is now rapidly taking a jump in India. The year 2019 saw the rise of mobile gaming events, and it is only going to get crazy this year as well. All the mobile gamers out there, this is a call out to all of you. Garena, a popular developer in the gaming community has announced its Indian Edition Championships. Free Fire India Championships 2020 will commence soon as the registrations are now open for participation.

Free Fire India Championships 2020 – Are you ready to win big?

This will be the first Free Fire tournament in India. For those who don’t know what this is. It is the world’s most popular mobile battle Royale game. It has now opened registrations for its first India rounds. Players across the country can register themselves before the deadline, January 26, 2020.

What’s the prize for Free Fire India Championship? The winning team will represent India and against the world’s best Free Fire teams at the upcoming Fire Free Champions Cup in Jakarta, Indonesia. Plus, there is up to Rs 35 Lakhs prize money spread through first to twenty-fourth place. The winner takes Rs 15,00,000 prize money.

What’s the tournament format? The qualifier stage will have a team of 4-5 competing. There will be multiple stages for each qualifier in the Free Fire India Today League. There will be best of 1/4/6, etc. rounds. The kill counts and points gained during gameplay will decide the fate of the team.

22 teams will advance to the league, where 4 groups will be formed, each playing six matches. The top 12 teams will then compete for the final and the title of India’s best Free Fire team and the prize money. Currently, the details of the venue, dates, and match schedule are unknown. They will be announced soon.

Are you going to participate in this tournament? Let us know in the comment section below.