Samsung Galaxy A9 quadruple cameras leak via an official image 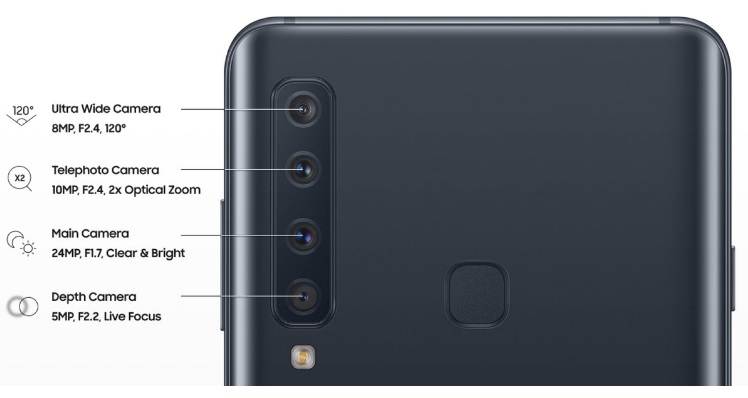 Samsung is doing something outrageously innovative soon. The company is coming up with a quadruple rear camera setup on the Galaxy A9 and we don’t know how to feel about it. Is there anything like too many cameras? Well, according to Samsung, the more, the merrier.

The Galaxy A9 has been subjected to a heap of leaks and speculations. However, this is the first time that we have such a clear picture of the phone’s prowess. It clearly shows four cameras lined up vertically with an LED Flash at last. The official image has come after Evan Blass, the credible leaker, has tweeted this image and we’ve every reason to believe its authenticity. 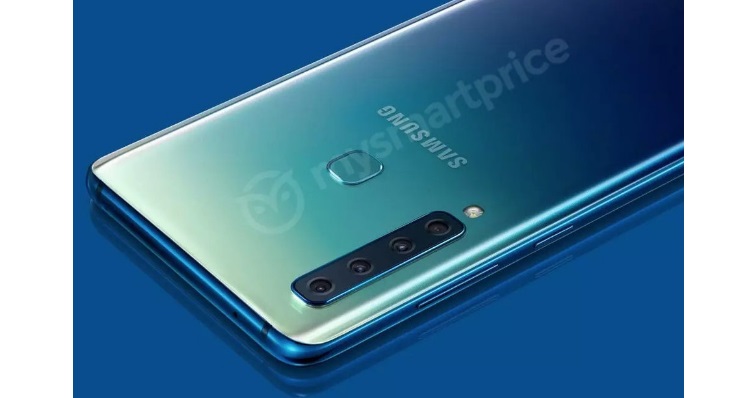 According to Blass, the Galaxy A9 will have an 8MP + 10MP + 24MP + 5MP setup on the back. The first one would be a 120-degree wide-angle lens with f/2.4 aperture, the second would be a telephoto lens with the same aperture, the third would be the main lens with f/1.7 aperture and the fourth would be used for depth sensing. Say hello to awesome Portrait Mode shots, people. There is also a fingerprint sensor present on the back just next to cameras. The frame of the phone seems to be made of glossy metal. 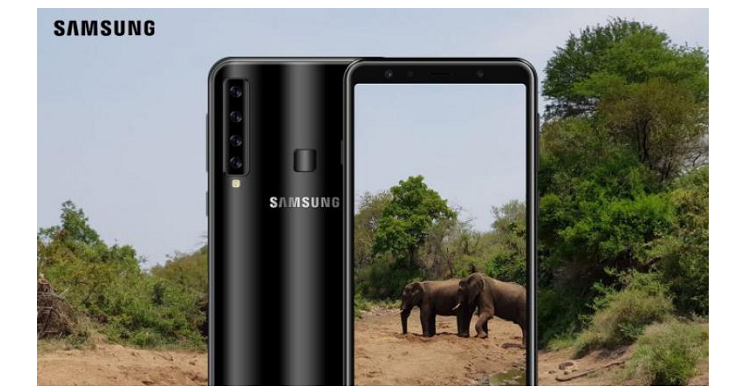 The previous leaks about the Galaxy A9 have revealed a 6.38-inch AMOLED display, a Qualcomm Snapdragon 660 octa-core processor and a 3720mAh battery. The phone is also speculated to carry a generous 6GB of RAM and run Android Oreo. The device is likely to be a mid-range one with such subtle specs. But how can we forget the extravagant cameras? As for its launch, the Galaxy A9 could reveal itself to us on October 11.

However, we would advise you to take the launch date with a pinch of salt. Would you like to but the Galaxy A9 with four cameras on the back? Let us know in the comments section below. Stay tuned to Mr. Phone for more updates on smartphone technology.