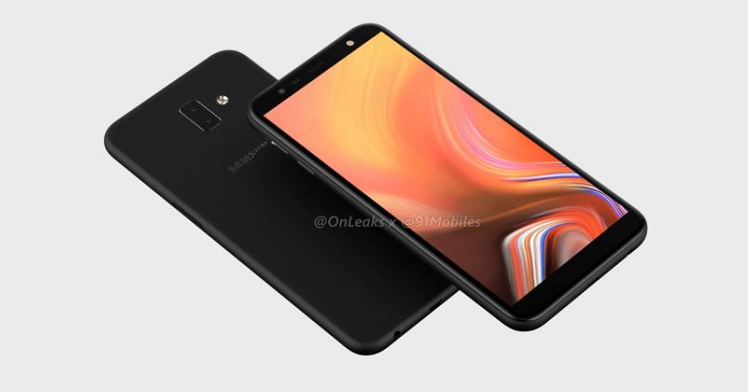 Samsung recently announced the Galaxy J6 in India, it’s first affordable Infinity Display phone in the J series. But the Korean phone maker is in no mood to rest as it continues to bombard the mid-range segment with new launches. Up next is the Galaxy J6 Prime. The handset has been spotted in different countries across the globe but it recently popped up on Samsung India’s portal. Now, we have new 360-degree renders of the device shared by 91mobiles in a team-up with OnLeaks. Take a look at the images and video below.

The most surprising aspect you’ll likely find on the phone is the absence of a dedicated fingerprint sensor. Well, it is being said that the J6 Prime will have a power button that doubles as a fingerprint scanner. Now, this isn’t new from a general industry perspective, but Samsung has not done this before. That makes it very odd to see such a radical change on the J series. However, if you remember, the speaker grill moved to the side of the device was also quite new but Samsung did it first on the Galaxy J series. So, you never know what tricks Sammy has up its sleeves.

As for other details, the display is revealed to be 6.0-inches in size and it will likely be HD+. We presume the body is polycarbonate but it could be meta as well. This is hard to judge simply looking at the renders of the J6 Prime.

The rear has a dual camera in contrast to the single camera of the Galaxy J6 and there are Micro-USB and a 3.5mm headphone jack as well.

Speculation suggests the J6 Prime will feature a Snapdragon 450 instead of a traditional Exynos version of chips and RAM and storage will be identical to the J6. For now, there are no official launch dates from Samsung. But stay tuned, it might not take too long before it is official.