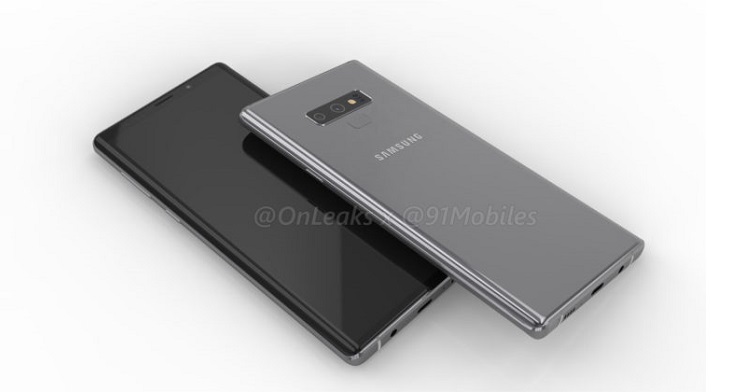 We’re now entering the last stage of the Galaxy Note 9 pre-release leaks as renders and pricing and even live images will start to pop up in the coming weeks. The handset gets released on August 9. While we saw a leaked press render of the front yesterday, we now also have an image showcasing the rear of the phablet and the yellow S Pen today. 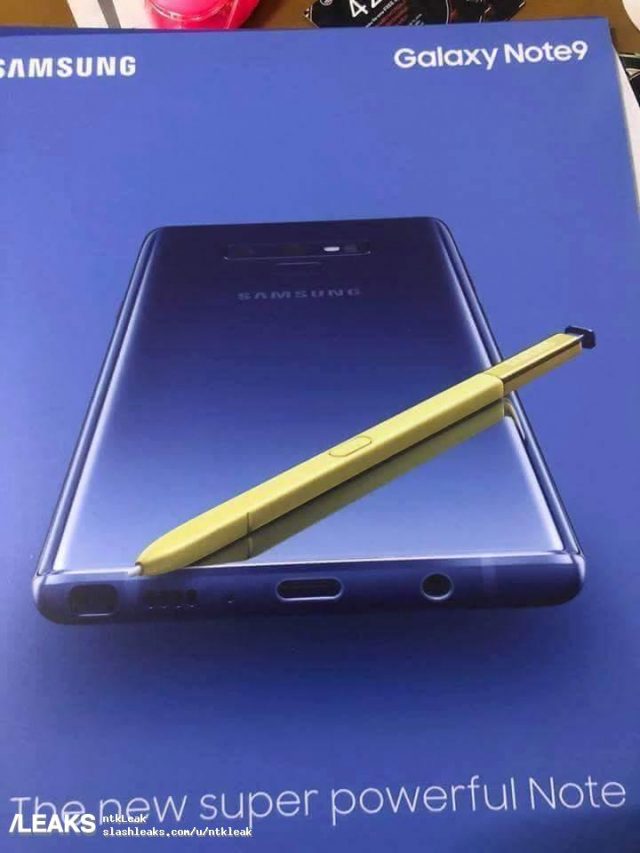 The new images seem to be a snap from a promo poster of the Galaxy Note 9. While we’ve already glimpsed the Yellow S Pen in the official teaser, this leak gives us the whole picture. It seems almost a foregone conclusion that Sammy will opt for a new fingerprint reader placement beneath the camera. If you ever had doubts about the 3.5mm headphone jack, well this image should extinguish them. As for the front design, it is an exact copy of the Note 8 in every respect.

There have been reports that the S Pen will be in for a big upgrade this year which is why Samsung has highlighted it in its pre-release campaign. The stylus will come Bluetooth-enabled to assist in remotely controlling specific functions on the Note 9.

The other leak today entails pricing. A Polish website revealed some key pricing and availability info citing a Samsung employee who was pre-briefed for the device. As per his comments, the 6GB + 128GB variant will be priced PLN 4,299 ($1,158/€990). Additionally, sales for the Polish market will start on August 24, according to the report.