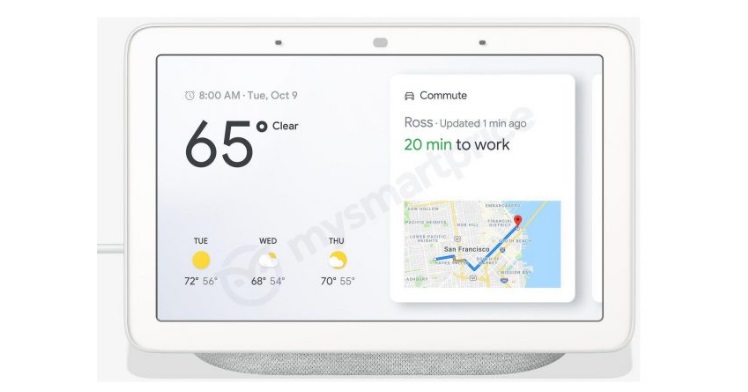 Google Assistant recently came with the Lenovo Smart Display. Today, a new leak has revealed a device called the Google Home Hub. All-in-all, it is just a Google Home with a display. You can use this gadget to look at pictures, current happenings etc. It is enabled by Google Assistant and could release at the end of 2018. However, the new leak has given us some crucial information about this device.

Also read: Google teases the Pixel 3 launch in its online store ahead of the October 9 launch

Interestingly, the Google Home Hub runs solely on Google Assistant. This means that there is no Android OS powering it from the inside. It has been shown to feature a 7-inch LCD display, a larger speaker and a mute button. This display can come in handy as users can easily understand the given information. It can also help in making your music streaming experience better, just like the Lenovo Smart Display. The leak clearly mentions music apps like Spotify, YouTube Music and Pandora as one of the features of the Google Home Hub. However, video streaming apps like Netflix and YouTube haven’t been found in the feature list of this gadget. 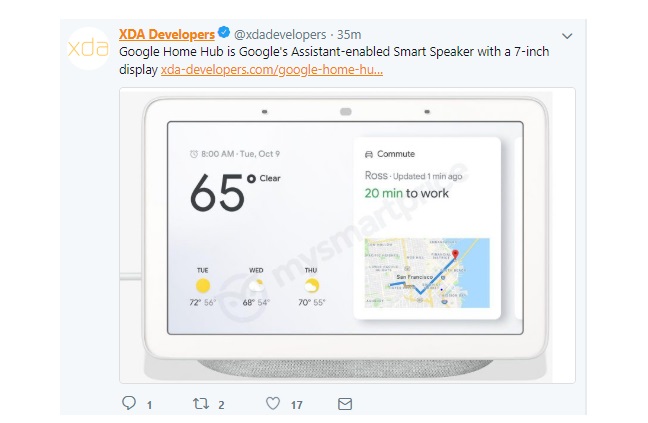 One can even use this interesting device as a security camera with the help of Nest Cam. You can then access the security footage live through the screen. Along with all this, the Google Home Hub would do everything that Google Assistant does. It can tell you about the real-time traffic on your route, play music for you, and show you pictures through its integration with Google Photos.

The Google Home Hub is likely to support 2.4GHz and 5GHz networks. A Charcoal variant has also been confirmed through the leaked specs sheet. It is also likely to come with a support for ambient light sensors and colour sensors. However, a webcam isn’t in the equation as of now. No information about the cost of this innovative Google Home Hub has been revealed by sources. 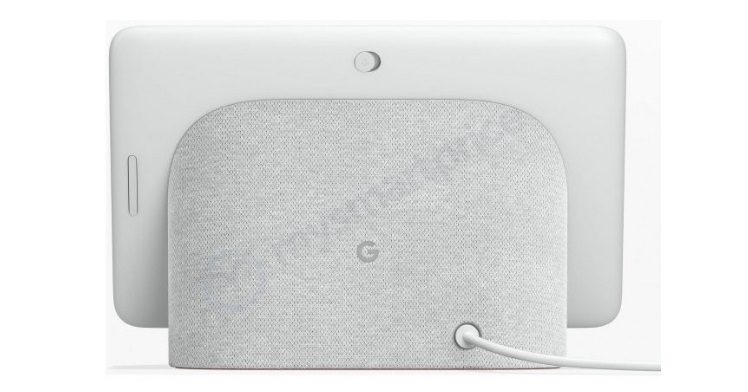 The gadget is likely to release in the later part of 2018, around Christmas. Nothing is too concrete as of now, so we’d advise you to take all this information with a grain of salt.

Would you be interested in the Google Home Hub? Let us know in the comments section below. Stay tuned to Mr. Phone for more updates about technology.