Home | Comparisons  | Google Home or Amazon Echo: which smart speaker should you buy in India?

Google Home or Amazon Echo: which smart speaker should you buy in India? Smart speakers are the fastest growing consumer technology products. That’s a fact. While there are many other players out there, currently the market is dominated by two tech behemoths – Amazon and Google. And obviously, the biggest market for these speakers currently is the U.S.

The United States has always been a test-bed for new consumer technology products because of the (generally) early adopter attitude of the market. Now that the smart speaker category exploded in 2017 and is expected to achieve ginormous growth in ’18, both Amazon and Google are expanding the availability of their products to other markets as well. And, India had to be on the list.

So intense is the competition that the moment Google announced its Home range of smart speakers in India, Amazon immediately discounted its Echo speakers on its website. For a limited time, you can pick up two Echos and snag a discount of Rs 3,000.

I’ve used both – the Google Home and the Amazon Echo – and have some solid thoughts on which one is right for you. Before we move any further, let me explain one thing: the Google Home has Google Assistant built in for all your Artificial Intelligence-based voice assistant queries, whereas the Echo has Alexa to do the same.

Let’s get right down to the comparison. 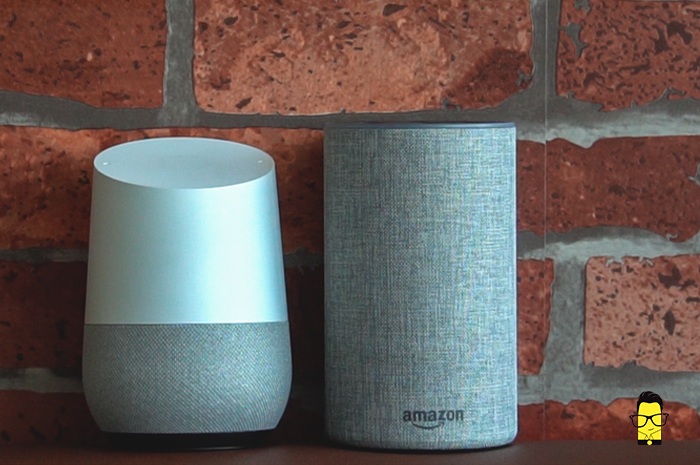 While it seems easy, I had trouble setting up Voice Match on the Google Home. On reading up I realised that – both, your phone and your speaker – are required to be within four feet vicinity of your router. After multiple failed attempts, I got it to work. And Voice Match is important, primarily because you can sync your personal Google account to the speaker. Which can further be used for other Google services like the Calendar, Google Play Music, and other personalised recommendations. 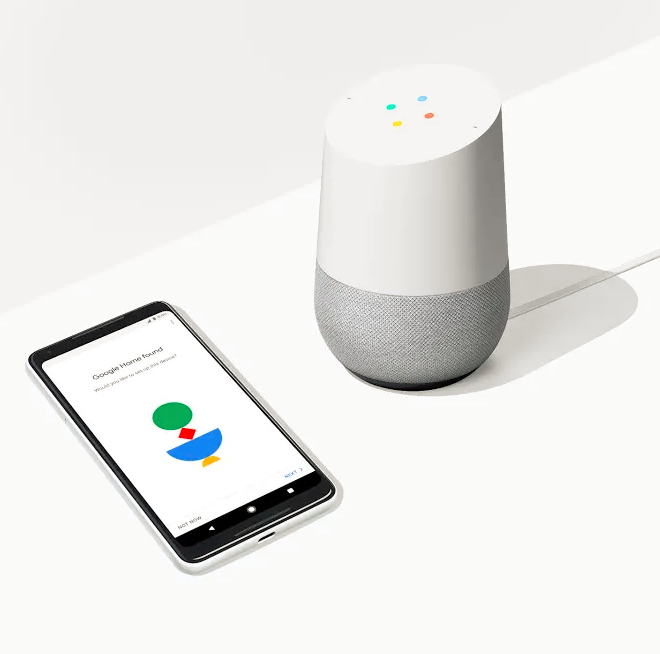 Echo gives you an added advantage of linking to a calendar of your choice. You can ask Alexa to remind you from – Google, Apple, or Microsoft. Moreover, you can also add reminders to apps like Any.do or Todoist. Oh, and lest I forget you can also ask Alexa to add items to your Amazon cart directly. Both the speakers also let you add a list of your favourite news sources so it can read out to you when you ask for it.

The default command to wake up the Echo is Alexa but you can switch between three other words as well – Amazon, Echo, and Computer. For Google Home, you have to use either “Ok, Google” or “Hey, Google” to wake her up. Using a single word command with a smart speaker feels more natural, like you would talk to a fellow human being. Moreover, after uttering “Ok, Google” you have to wait for Google Home to respond before you can state your command. With Alexa, you can call her and shout out the command, all in one go.

As far as setup and setup-related features are concerned, I think the Amazon Echo has an edge over Google Home.

The Google Home’s design doesn’t feel intimidating because it looks less like a tech gadget and more like any other regular item in your living room. The newly redesigned Amazon Echo (2nd gen), in grey especially, also cuts a sombre figure in the living room and is generally non-intrusive. That is until it lights up and you take look at the buttons.

The futuristic-looking LEDs, that can change colour, are lined up on the outer diameter of the top panel of the echo. Amazon calls it the light ring. Also on the top are the buttons: volume up, volume down, microphone off, and a general purpose action button for other commands. Compare it to the controls on the Google Home, and immediately the touch-sensitive capacitive controls look and feel more futuristic. You can tap the top surface of the Google Home to play/pause the music or swipe clockwise/anti-clockwise on the device to increase/reduce the volume. There’s a mic off button on the rear of the Google Home. It goes without saying that you can replace all physical interactions with the device by using your voice to play/pause music or increase/reduce the volume.

Both the speakers have removable sheathings. The Echo’s panel comes out by pushing it out from the bottom. You can also buy replaceable covers for your Echo. In India, you only get the white colour cover. On the flipside, Google doesn’t offer replaceable slate fabric shells for the Google Home yet. Now, the Echo is heavier than the Home but that doesn’t really matter because I doubt you are going to be moving these speakers around often. Primarily because, both need to be connected to a power socket at all times and are not really portable like other Bluetooth speakers. 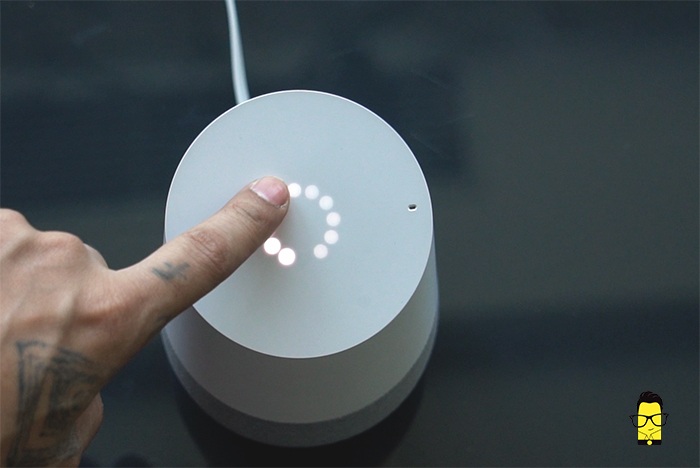 You can also use the auxiliary 3.5mm out port on the Echo to connect to other speakers. You don’t get this option on the Google Home. And, you can connect another Bluetooth speaker to both – the Echo and the Home. If you open the bottom cover of the Google Home, you will notice a small micro-USB port. This port is not meant for regular users but for diagnostic and testing purposes.

Coming down to the speaker and mic specifications. The Google Home comes with: 1 high excursion 2-inch driver, 2 passive radiators, and 2 far-field microphones for voice recognition. On the other hand, the Echo has an immediate advantage with its 7-microphone array, a 0.6-inch tweeter, and a 2.5-inch woofer. I am not going to give the advantage to any speaker in this scenario because specs are not really indicative of actual sound quality.

Otherwise, I think the Google Home’s design and controls are better than the Echo in my opinion. But, as far as connectivity is concerned the Echo has a slight edge with its support for a 3.5mm output.

The seven far-field microphones on the Amazon Echo comes in handy when it comes to voice recognition. The Echo can very easily recognise your voice even when music is playing at 100 percent volume. The same is not applicable for the Google Home, though. It struggled to recognise my voice when music was playing at max volume. 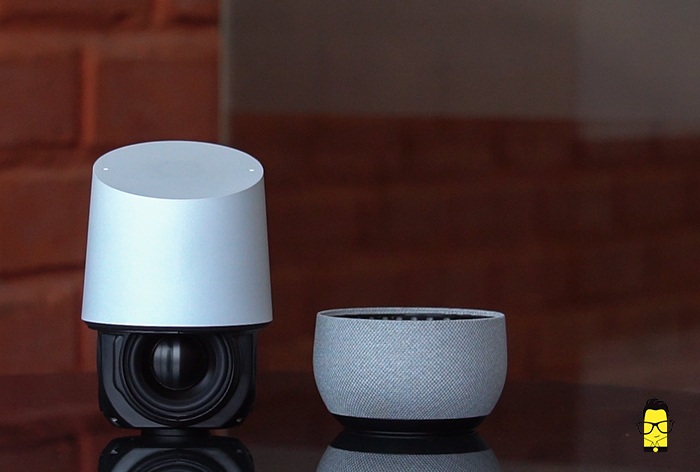 As far as the sound quality is concerned, the Echo can get louder than Google Home. But, I preferred the sound signature of the Home. The Home offers a fuller sound overall and has a better vocal texture as well. The Echo tends to sound muddy with no instrument separation whatsoever beyond 80 percent volume. Even the bass response is better on the Google Home.

So, while the mic on the Echo is better the sound signature of the Google Home is sweeter and more pleasant. 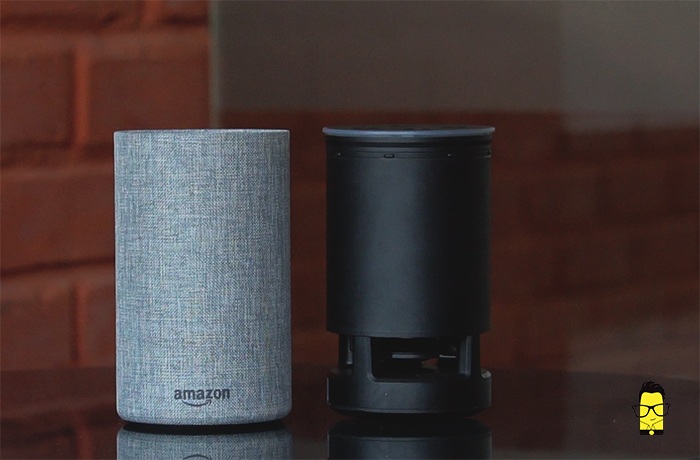 Google Home vs Amazon Echo: Assistant or Alexa – which one is smarter?

To identify which is the AI-based voice assistant is smarter, I created a set of 10 questions. I asked both the speakers the same questions to identify which one has a better response. Evidently, this is not the entire breadth of questions you can ask the speakers but it will give you a little bit of idea on which one of the two is the smarter speaker in India. One interesting thing to note is that the Amazon Echo can make calls to other Amazon Echo users. Something, the Google Home cannot do. Also, let’s not forget that you can use Echo to add items to your Amazon cart or buy it directly. Obviously, Google cannot do anything of that sort at the moment.

In conclusion, as far as smarts are concerned, the Echo is more localised but Google assures us that Home is learning all the time. On the flipside, the Google Home is better suited for context sensitive actions and accurate search results. Which is not surprising considering that is Google’s forte to begin with.

At the moment the Amazon vs Google argument for which one is smarter is a close fight, one that doesn’t bring out a clear winner.

Moving on to smart home controls, both the Google Home and the Amazon Echo support a slew of devices. Talking about the first-party devices. The Echo doesn’t support Fire TV Stick at the moment. On the other hand, if you have a Chromecast, you can easily ask Home to play your favourite show on Netflix or any video on YouTube. Unfortunately, these are the only two apps available at the moment. Google is working to find more partners.

I also tried the Philips Hue bulb with both the speakers and it worked like a charm. Asking your speaker to dim the lights or to brighten it, never ever gets old. These speakers also support many more IOT devices, the NEST thermostat is one of them. At the moment, there are very few such devices in India but that should change soon. One clear advantage that Echo has over the Home is Skills. You can add a variety of skills to Echo. For example, you can book a cab using Uber or order food using Zomato or Foodpanda. These are really cool features that are currently not available on the Home.

As far as music apps are concerned, Google defaults to Google Play Music and Amazon picks Amazon Prime. But you get the option of choosing TuneIN radio and Saavn as well on the Echo. On the flipside, Google has partnered with Gaana and Saavn with 6-months free subscription on each platform.

Overall, there’s not much separating the two devices at the moment as far as smart home control is concerned. But Alexa’s skills are pretty awesome.

Google Home vs Amazon Echo: which one should you buy?

Currently, the Google Home and the Amazon Echo are both priced at Rs 9,999. So, it is definitely an even playing field for both. But since the Echo was launched slightly earlier it might have a leg up in terms of sales. 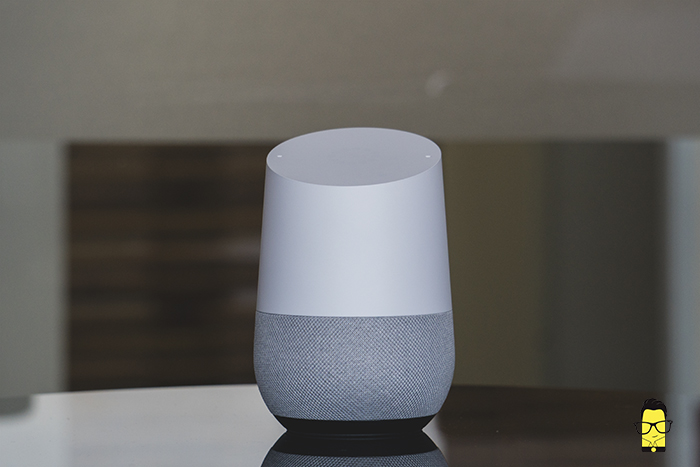 In the end, I can’t really pick one winner because the Amazon Echo and the Google Home each have their own pros and cons. But, I can tell you two things with conviction: 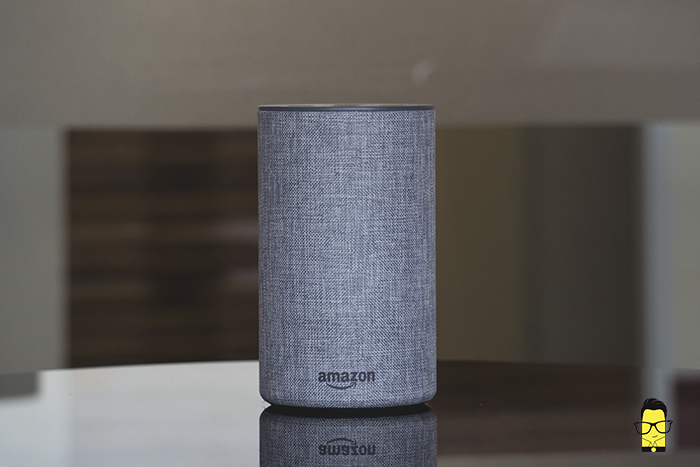 Oh by the way, I know I am addressing this at the fag end of the comparison but it is never too late. What about security? What is the assurance that Google Home is not listening to you or that Echo won’t laugh at you creepily? Well, Amazon has already fixed the creepy laugh issue. And, neither the Home nor Alexa are always listening to you. Google Home is only listening for the Hotwords: “OK, Google” or “Hey, Google.” The same is the case for Echo. Essentially, both these speakers are listening to these hotrods without actually recording anything. So, worry not.

But, I did notice one thing. Google stores all your voice requests as recordings in the cloud. You can access them and delete it if you wish.

All in all, it is not difficult to understand why the Google Home or the Amazon Echo are such sought after devices. After all, it feels more natural to ask a question to a speaker sitting at home than to your phone when you are moving out in the real world.