Google Pixel 2 XL | Everything you need to know

We discovered that the smaller of the two new Pixels turned it to be a sleeper candidate for ‘<span”>best phone of the year’. How about the bigger brother then? The Pixel 2 XL is easily the better-looking one among the duo but is it really ‘that‘ better? Let’s find out in this Google Pixel 2 XL review.

Design: The Pixel 2 XL has a taller form factor, similar to most other flagships of the year. The volume and power buttons are both on the right-hand side. The volume buttons are metal, as usual.

But the power button doesn’t have the same click to it. The reason is that it is made of plastic.

That said, the power button has a different (orange) color on the black and white ‘panda’ variant of the Pixel 2 XL, which is always out of stock. The black colored one has a regular black power button through. 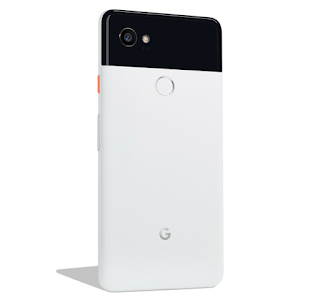 The back of the phone is made of aluminum and is covered by a thick paint-like coating.

Even Google doesn’t have a single word to describe it. It is a lot similar to the primer like substance found coated on the LG G5 back in the day.

It does not give that cold, solid metallic feel to the hand, but adds a little extra grip to it.

The rest of the phone is pretty ergonomic. The sides of the display are bit curved around the edges, which feels a bit better than the Pixel 2. That said, it isn’t the same seamless curves as what you’d find on a Note 8 or an S8 at this point.

The Pixel range was never known for radical design concepts, and that’s not going to change anytime soon.

Display: The XL phone has a larger display with a more 2017 approved aspect ratio. That tall 18:9 tall form factor is a lot similar to the LG V30. It’s not surprising really since the Pixel 2 XL was, after all, made by LG.

But unfortunately, the homemade P-OLED display panel that LG used on this phone isn’t so good! You would know what I mean if you’ve been keeping up with some viral tweets and other news.

The display on the pixel 2 XL has some major color shifting issues. The display shows a noticeable bluish tint on viewing it at an inclination. Read how Google reacted to it and much more. 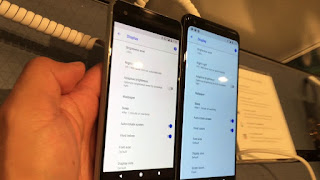 I agree that no one holds their phones with the USB ports sticking to their noses, but it is annoying to see such a huge color shift on a premium flagship display.

The smaller Pixel 2, made by HTC, uses Samsung’s display panels. Those classic AMOLEDs have no problems at all. So, big phone lovers will have to be concerned here.

At a normal distance, the display has no issues for most people. Some of us can obviously tell by pixel peeping that, it’s not the best out there.

Some other users reported that the display looks fuzzy and grainy to them, despite the QHD resolution. Overall, just bear in mind that the Pixel 2 XL DOES NOT have the best display out there. It could have issues, and you will have to be ready to deal with it, should you buy it.

Performance: The pixel 2 XL has the same exact specs as it’s smaller brother. The performance is just Golden standard, and it’s the least I can say for a Pixel phone! The animations are buttery smooth, as usual, apps open quickly, multitasking on the Android Oreo 8.0 is great, it’s a flagship beast through and through. 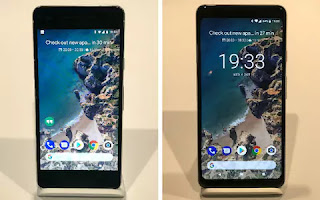 There are a couple of interesting things that it does, better than other Android phones. It has a squeeze feature as mentioned in the earlier review. The active edge, which allows you to launch Google Assistant. You can set pressure sensitivity levels there, which is good.The ‘now playing‘ feature which detects which song is playing in the background, using active microphones is pretty dope. It has an offline database on the device itself, so it works even on flight mode!The UI has improved a lot over previous generations. It has easier access to different options under settings, in the new layout. The notifications icons change their sizes, based on priorities and the time when they were created.The fingerprint sensor is now on the metal part instead of the glass visor and is blazing fast.

Oh, and in case I forgot to yell, THERE IS STILL NO HEADPHONE JACK. But, it’s not all that bad living with a dongle.

Feels like I’m contradicting myself, but I’m not. Google USB to 3.5 mm dongle works with other USB type c ports too! Unlike the HTC proprietary ones, the dongle goes included in the box work with other devices capable of outputting audio through their USB ports.

At least Google kept that in mind which reduces the inconvenience by a fraction. But there is absolutely no justification for the removal of our beloved 3.5 mm jack, after making fun of other manufacturers last year!

Camera: Let’s try and stop me from ranting, and get to the good stuff. The cameras on the pixel 2 XL are exactly the same ones from the Pixel 2. The 12 mp optically stabilized sensors are what I’d like to call as the BEST AUTO shooters out there, period! There is no other phone that can take such jaw-dropping pictures, consistently.

Video had also been greatly improved, with the addition of optical stabilization alongside electronic stabilization. It does seem to crop the frame, just like we saw with last year’s pixel phones. But the frame thankfully doesn’t cut off huge margins this time.

There is still only one sensor on the back with dual pixels. What this essentially means is that each pixel had a left and right sub-pixels. This helps it to distinguish between objects even better. So they managed to pull off excellent portrait modes using a single sensor. Interestingly, even the front 8 mp website without any dual pixel jazz can do portrait mode, simply using some intelligent algorithms. Google is pretty awesome when it comes to software tricks. The pre-orders for the Pixel 2 devices began in this month! Click to know when. The low light performance had also improved, thanks to a better quality lens used this time. No more ugly lens flaring issues, except a few instances while using HDR. Still, no manual mode to be seen in the stock camera app, which is kind of a bummer. But like I said; it’s the king of all Auto shooters out there right now.

Battery: This XL has a bigger unit than its brother, as expected. The 3520 mAh unit lasts a very long time, over 6 hours on a moderate use day.

Recharge times are also pretty fast thanks to Qualcomm quick charge. The phone does not get noticeably earn during rapid charging, which is always nice to see.

Final verdict: it all comes down to this. The pixel 2 XL has some display issues, it doesn’t bring anything radically new to the table. So should you buy this 800 USD flagship, in the presence of the Galaxy S8+ and some others?

Pixel is not about making news for being the first at something. It’s about getting all the essentials together and doing it better than the competition. It’s like the iPhone of the Android side. I’ve said the same thing last year too. 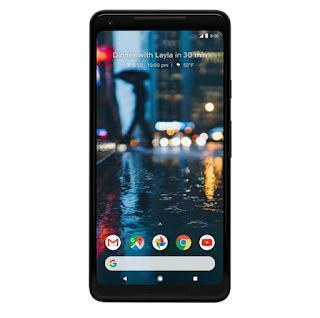 So if the bluish display doesn’t bother you, and you want a 2017 aspect ratio on a phone which simply gets things done really, really well, go right ahead and buy the Google Pixel 2 XL.

But if you don’t think it’s worth getting, let me know why. Drop me a line down below, it over at Twitter, Facebook and Instagram too. Nerdy conversations are always welcome!