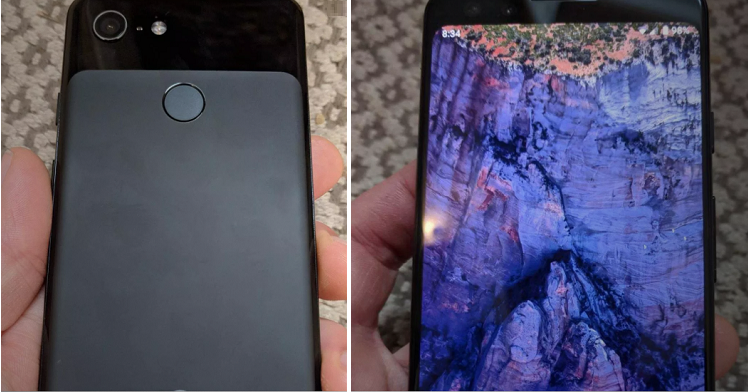 While the last month saw a lot of action on the Pixel 3 XL front, there was practically no talk about it’s smaller sibling, the Pixel 3. That until yesterday when IFA 2018 started. Not only did we get treated to some awesome upcoming smartphones, we also got a legit Pixel 3 live image. Do note that this didn’t happen at IFA 2018, instead, the leaked image and specs were posted first on Reddit.

If you hated the notch of the upcoming Pixel 3 XL, there’s some respite for you in the fact that the Pixel 3 looks much more neat than it. It has no notch and all the features of the bigger device. Although the smaller size is a trade-off that you will have to make if you’re planning to choose it over the XL version. The stereo speakers are quite visible on the device as well.

It’s a 5.5-inch panel with 1080p resolution and 440ppi that is backed by a 2,915mAh battery. Some specs have of the device have also trickled in via screenshots of a hardware scanning app that was run on the device. That info confirms a dual camera setup on the front of the device. Both sensors are of 8MP quality and have the f/1.8 aperture.

Also read: Google Wear OS: everything you should know about new update

Besides that, we’re probably going to see identical hardware on both the new Pixel phones. The Pixel series is rumoured to release on October 8. If you missed our coverage of the Pixel 3 XL, check it out here.