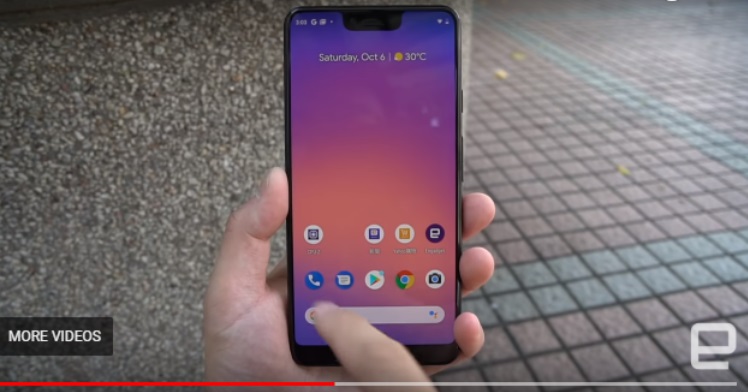 Google is launching the 2018 iteration of its Pixel phones on October 9. How’d you feel if we were to tell about the sale of the upcoming Pixel 3 XL before the launch? Well, this has been happening in Hong Kong. The phone is being sold blatantly in the country at an outrageous price.

For context, you should know that the Pixel 2 XL was launched at a price of Rs 73,000 in India. Opposed to this figure, the Pixel 3 XL is being sold at a price of HK$15,880 which roughly convert to Rs 1,50,110. But then, people are ready to buy the phone before the launch date and test it out even at this price. We already know a lot about the upcoming phone but the hands-on video of a popular publication has caused quite a stir as it is one hundred per cent legit.

The Pixel 3 XL was rumoured to and has also been showed to come with a 6.3-inch display with a notch on top. While some people might favour the concept of the notch, the consumers aren’t entirely happy with Google’s take on it. Given the presence of the notch, we have a display with an aspect ratio of 19:9. The Pixel 3 XL has dual cameras placed inside the notch with the earpiece and sensors. The selfie snapper has a configuration of 12MP + 12MP sensors. Interestingly, Google is still not up for a dual rear camera setup. So, we have a single 12.2MP sensor on the back.

The processor on the phone is the Qualcomm Snapdragon 845 with 4GB of RAM and 128GB of ROM. The speculations are ripe that the Pixel 3 XL will have a variant with an exorbitant RAM and ROM configuration but we shouldn’t read too much into it before the launch. Additionally, the device has a 3720mAh battery and runs on Android Pie out-of-the-box. The phone has a fingerprint sensor on the back panel which is still not glossy but feels premium. Gesture navigation is also present on the Pixel 3 XL, as we’d expect. There is also a feature of Active Edge which was earlier just a speculation.

The phone has been leaked quite a times and now, the cat is finally out of the bag. What would you expect its price to be? Let us know in the comments section below. Stay tuned to Mr. Phone for more.