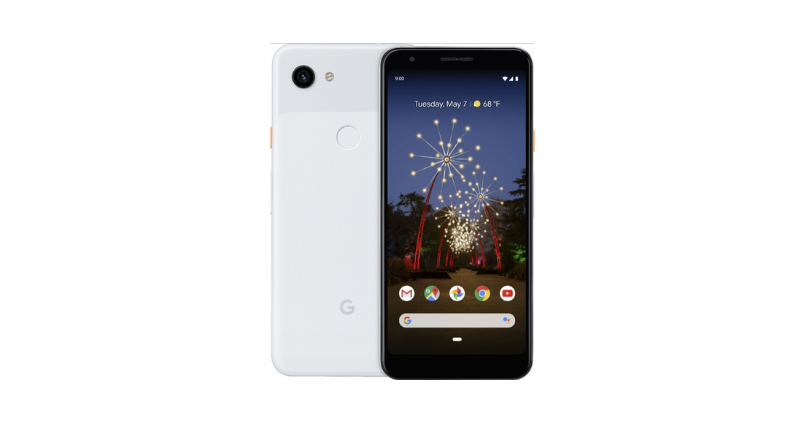 Today is your lucky day! You get to see the first press render of Google’s upcoming affordable smartphone. Dubbed as Google Pixel 3a, it is said to a notchless Pixel phone. After much hate, the Pixel 3 and 3XL have received so far from the last year, this would be a refresher for all the Pixel enthusiasts.

A couple of days ago, Google announced that it would be conducting its annual developer conference starting May 7. And the press render shared by Evan Blass showcases the same date on the handset. How about that for a hint of the launch date of the new Google Pixel phone. The phone has been leaked several times and we have a fair idea of what to expect from the new phone.

Google Pixel 3a Specifications: What to expect?

From the looks at the leaked press render image, the one thing is sure. We won’t be seeing any kind of notch implementation from the brand. It could be considered as sad, or maybe people would like the OG design. Which seems to be the case here. As the Pixel 3a could be easily misjudged as the older Pixel device.

But the likely trade-off would be there and we feel it may include polycarbonate build, smaller battery, and mid-tier processor. The phone is expected to pack a Snapdragon 670 chipset, alongside will be a variety of RAM and storage options expected. But the standard variant could have a 4GB of RAM and 64GB of internal storage.

Google Pixel 3a is expected to pack a 5.6-inch full-HD+ display and could be powered by a 2915 mAh capacity battery. While the bigger sibling Pixel 3a XL could pack a 6.0-inch display, which is not that large come to think of it. It could pack relatively large battery capacity.

What do you think of the Google Pixel 3a launch? Let us know in the comment section below.