Google Pixel 3 XL first impressions: after all the leaks, the real thing still manages to impress 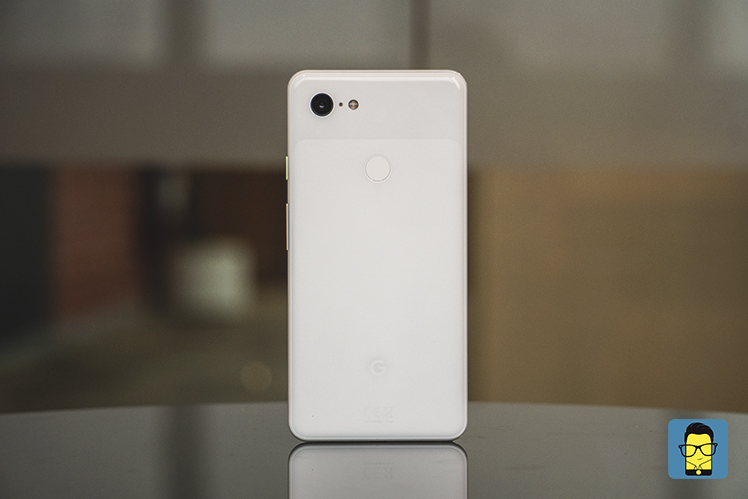 Well, prepare to be surprised. I’ve had a review unit for about half a day now, and trust me when I say this: Google has added so many new features – especially in the camera – that by the end of this first impressions I might not even be scratching the surface. 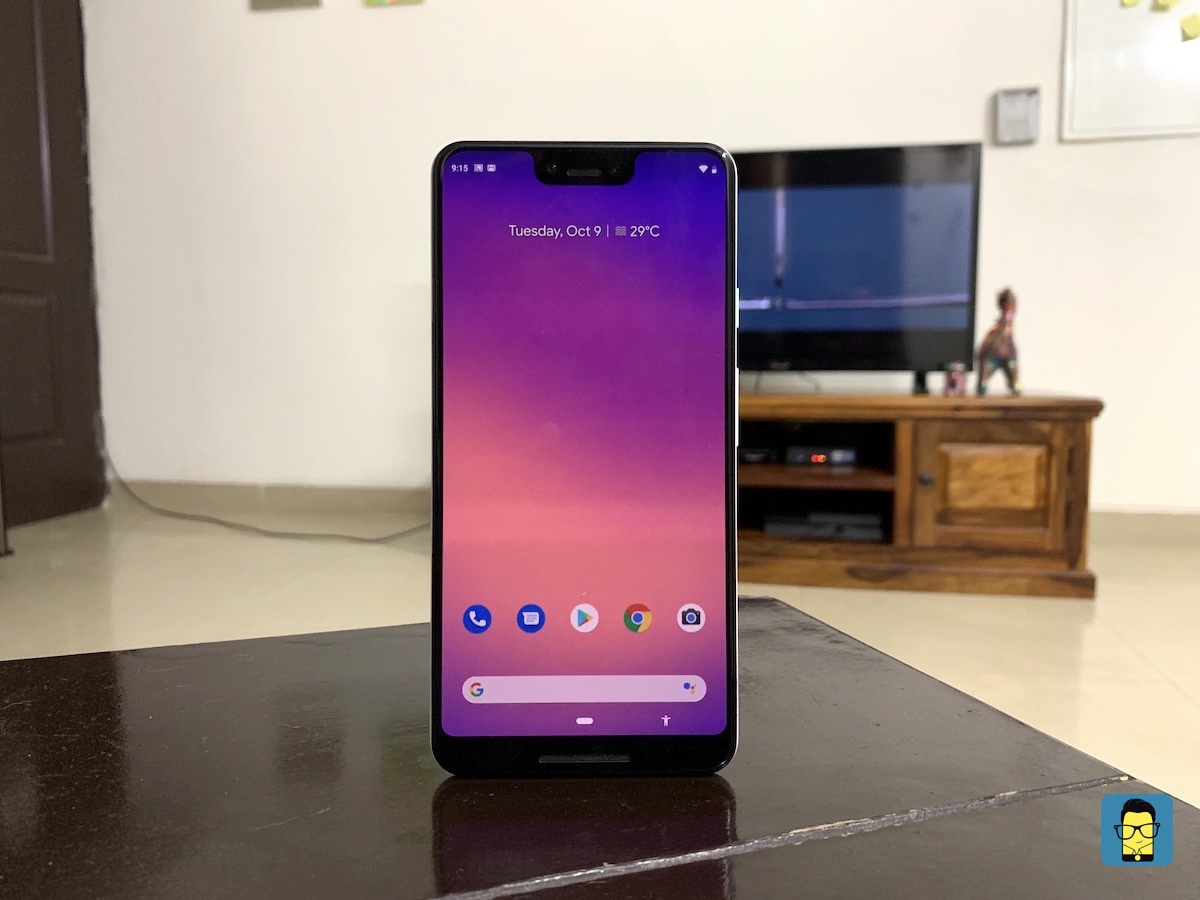 Pixel 3 XL: a slightly refined design that is impressive to the touch

The Pixel 3 XL looks a lot like the Pixel 2 XL. It has the same two-tone finish on the rear with Corning Gorilla Glass 5 on the entire back. Also, there is an aluminium frame with hybrid coating that runs along the sides. While the phone doesn’t look very impressive at first glance, the Pixel 3 XL is all about the feel. Our Clearly White variant has a really soft touch finish that is very unique, and unlike any other phone, I’ve touched before this. It is starkly different from all the outrightly glass-bodied flagships that have launched this year. Oh, and before I forget, the Google Pixel 3 XL also comes with IP68 protection for improved waterproofing. 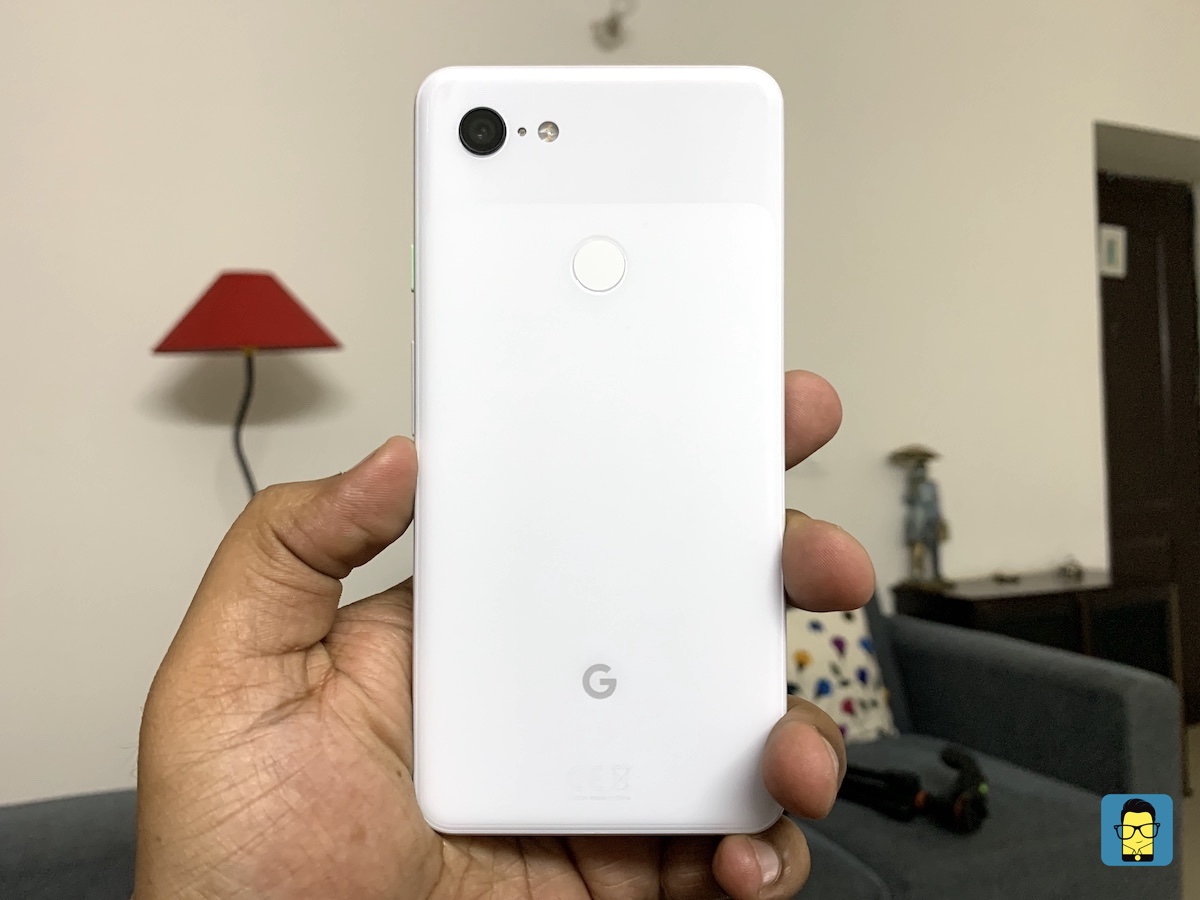 Coming from an iPhone XS Max, the 184g weight of the phone feels incredibly light and at 7.9mm the phone also feels fairly slim. I found the in-hand feel to be great honestly. The coolest thing about our white review unit is the new mint-coloured button. It looks pretty trendy. The bottom edge has the USB Type-C port and the single Nano SIM card tray. Interestingly, while there is only a single SIM slot in some regions Google is also supporting an e-SIM option.

Overall, the design feels a whole lot premium only once you hold the phone in the hand. 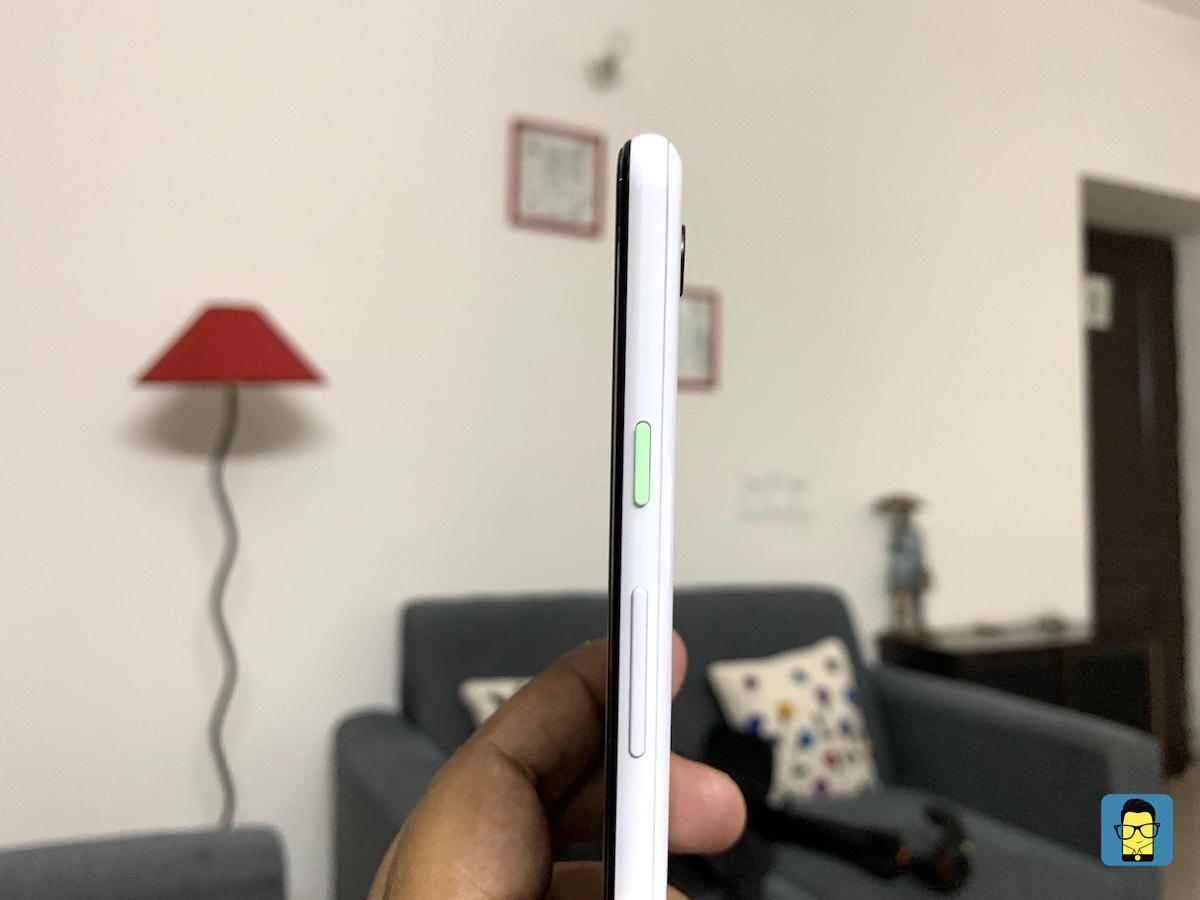 Pixel 3 XL: the tall notch is an irritant but Google has really improved the OLED display

The display on the Google Pixel 3 XL is something that everyone must be wondering about; especially after the whole burn-in fiasco and colour accuracy issues, last year with the Pixel 2XL. At first glance, I see a little bit of a colour shift on the new OLED panels but that’s on par for most phones with an AMOLED display. However, the colour accuracy is pretty damn good now. You can switch between Natural – which is regular S-RGB colour space – or Boosted, which bumps it up to S-RGB+10%. However, by default, the Pixel 3 XL is on the Adaptive colour setting. 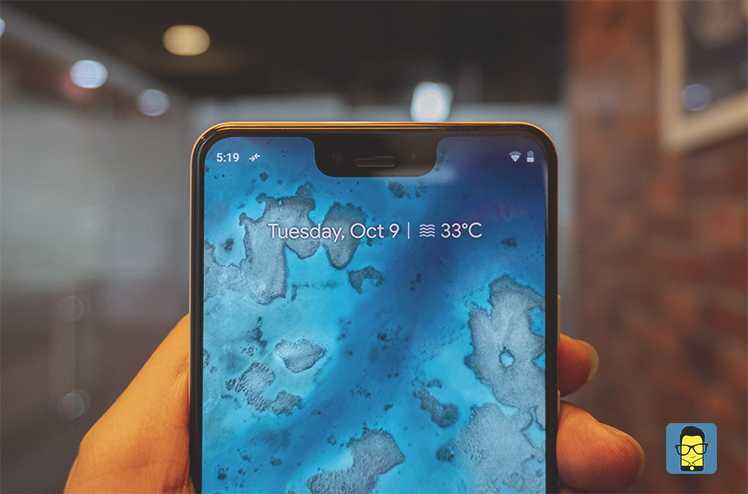 Apart from this, it is no surprise that the Pixel 3 XL is a YouTube Signature Device for content playback. It also has a UHDA certification as a premium HDR device. I saw a couple of HDR videos on the phone and the quality looks stunning. I am really glad that Google has improved the display quality on its latest flagship.

To be honest, it looks like the display’s biggest problem this year is going to be the tall notch. It definitely gets in the way of watching videos and Google doesn’t give you the option to hide it either. Although, the notch is essential to the Pixel 3 XL because it includes the new secondary wide-angle selfie camera. And the notch also has the massive earpiece, which also doubles up as a stereo speaker. 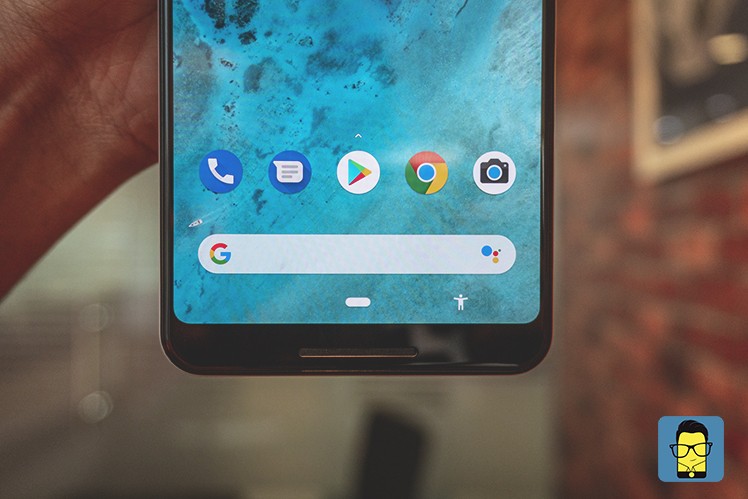 Pixel 3 XL: the sweetness of Android Pie and artificial intelligence all around

The Pixel 3 XL, as expected, comes with Android Pie 9.0 out of the box. The new Live wallpapers are rather cool but the real attraction is the Digital Wellbeing feature that is still in Beta. It comes with the Pixel 3 XL out-of-the-box and helps you control your smartphone addiction. Essentially, you can choose to set time limits for apps you think are big time guzzlers. Moreover, there are these new gestures that I am not really a fan of. Maybe, it will grow over me over prolonged usage. Let’s see. 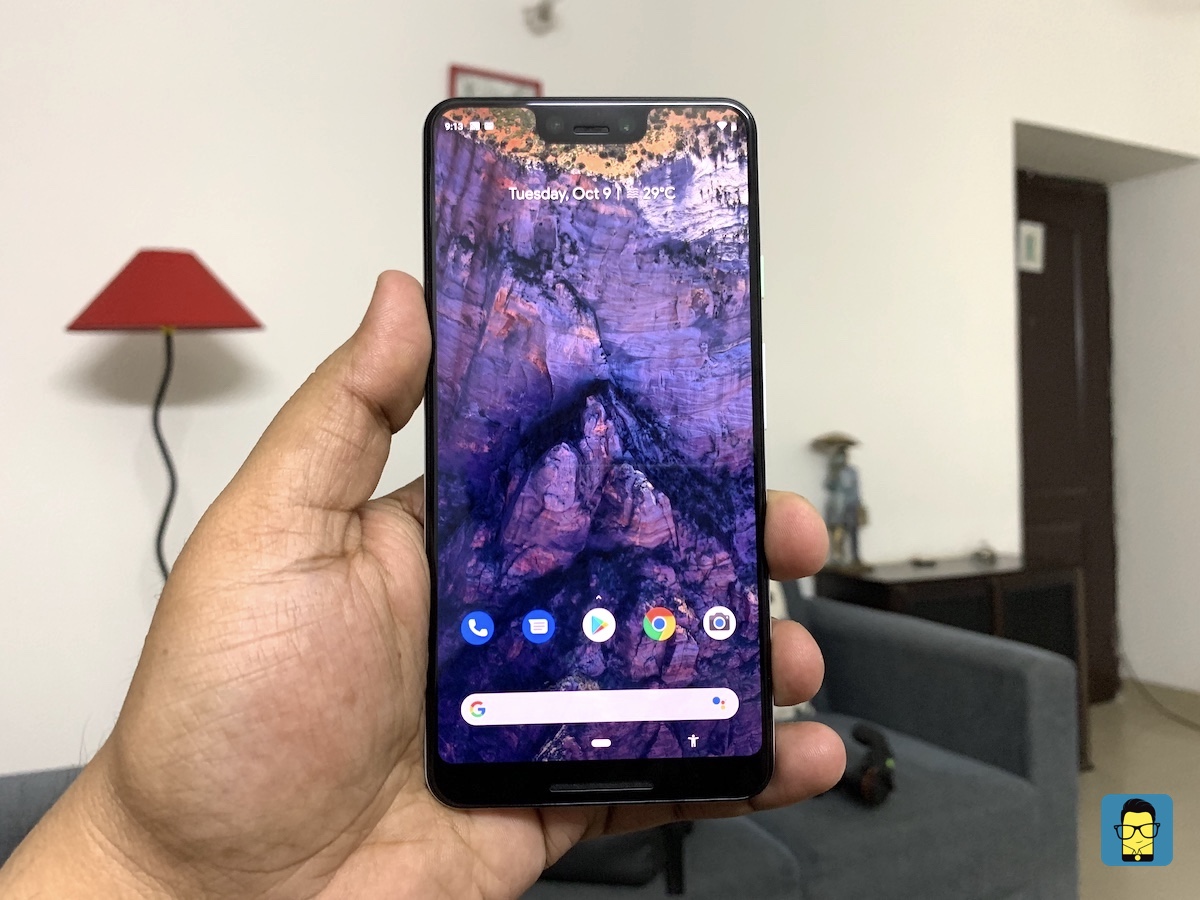 Pixel 3 XL: major upgrades to the camera on the front and the rear

While you get the same 12.2MP camera on the rear which is based on a 1.4-micron size sensor, you get dual cameras on the front now. There is a new 8MP wide-angle camera on the front with a f/2.2 aperture and 97-degree field of view. Unfortunately, it is a fixed focus camera. Interestingly, there is no dedicated wide-angle button in the camera app. You will have to move the slider around to move from Wide to Tele and Google switches the camera accordingly. Here are a couple of wide-angle camera samples for you to see. 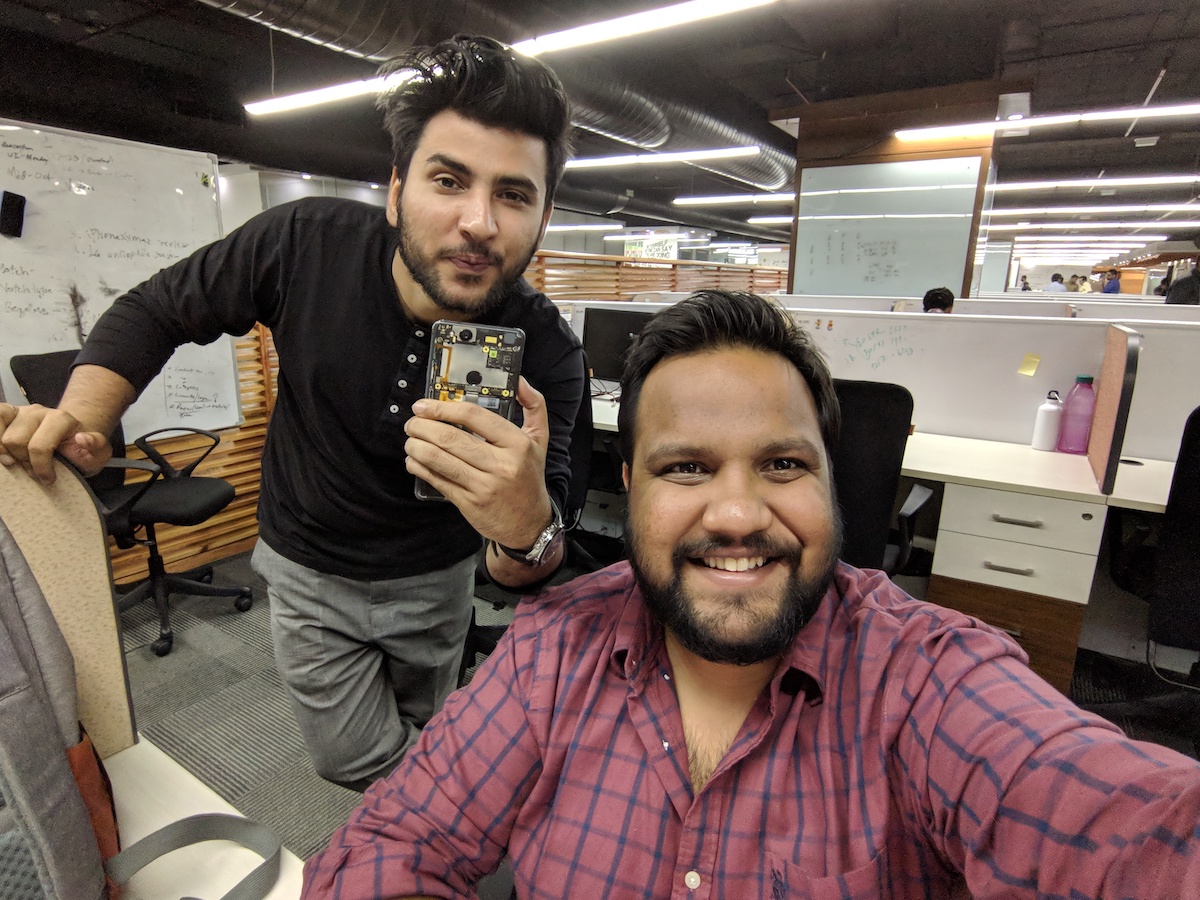 Talking about the new camera app, Google has overhauled the design to make it easier to use. You can switch between camera modes by swiping across the different modes from the bottom. There is the new Playground mode that is so much fun and the artificial intelligence figures out the appropriate Playmoji characters based on what you are doing as well. It is definitely going to attract the kids. 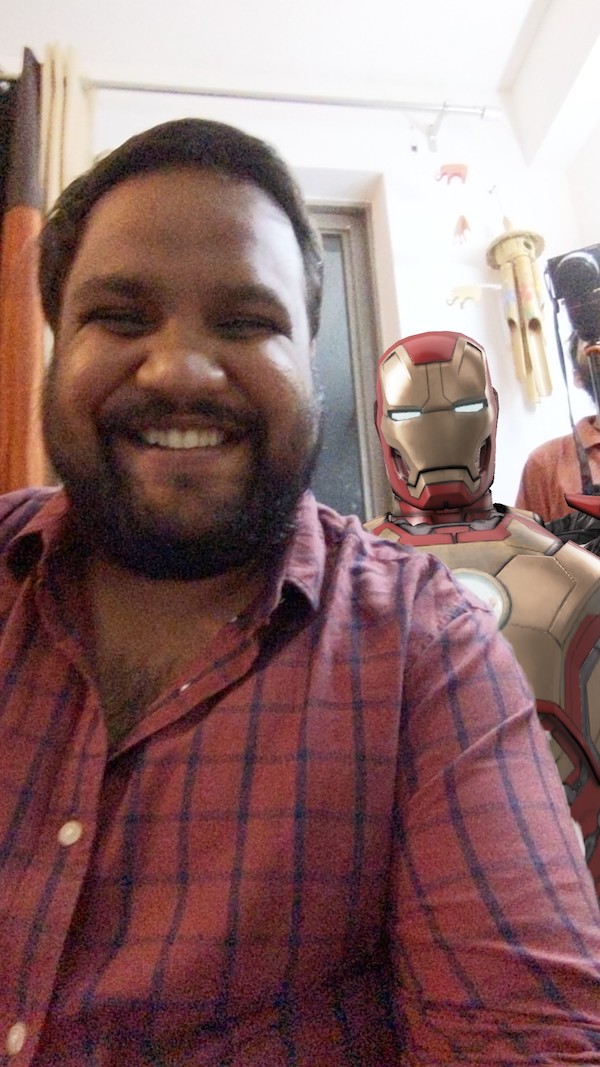 Apart from this, Google has a new Super Res Zoom mode that apparently keeps the picture sharp even with digital zoom. I have to test that theory out in detail, but my first impressions of a few shots I took with Super Res Zoom looks pretty impressive, to say the least. 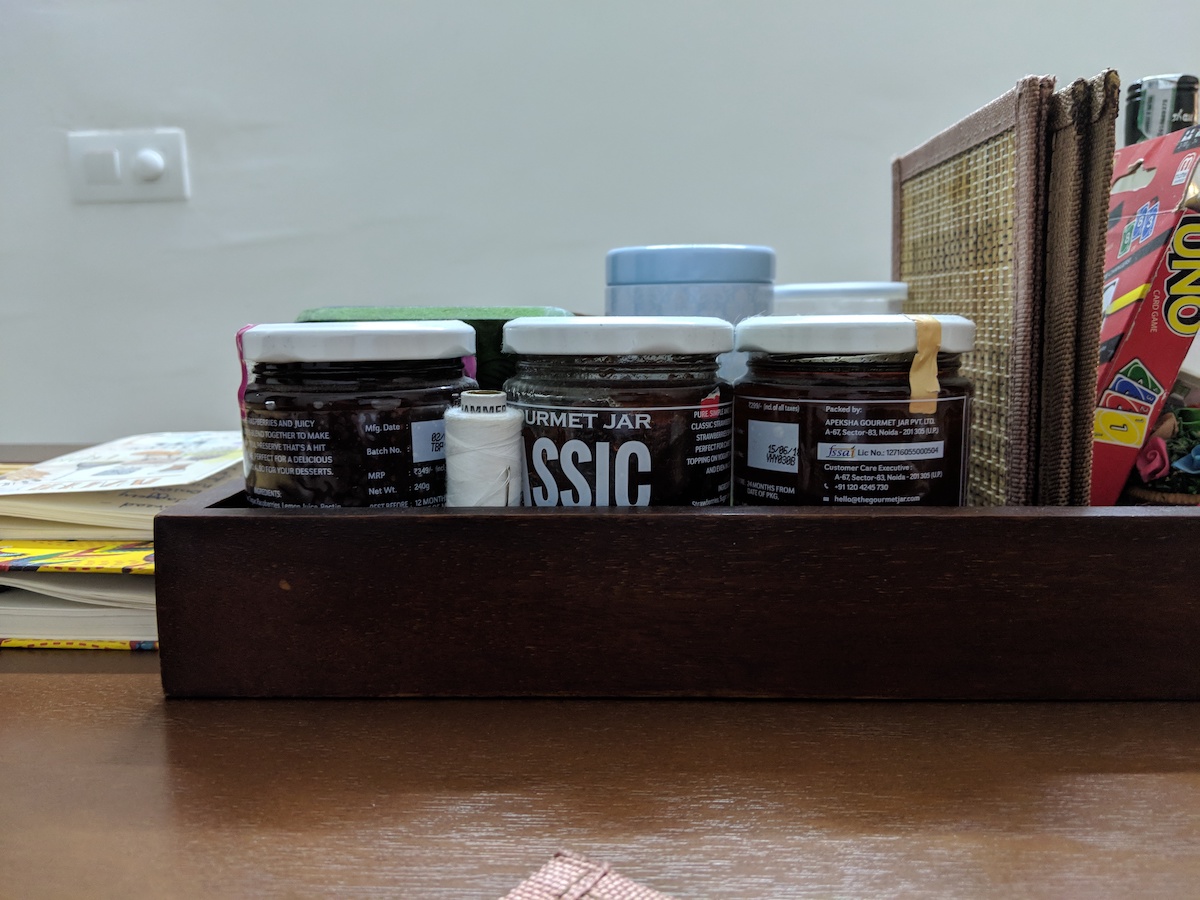 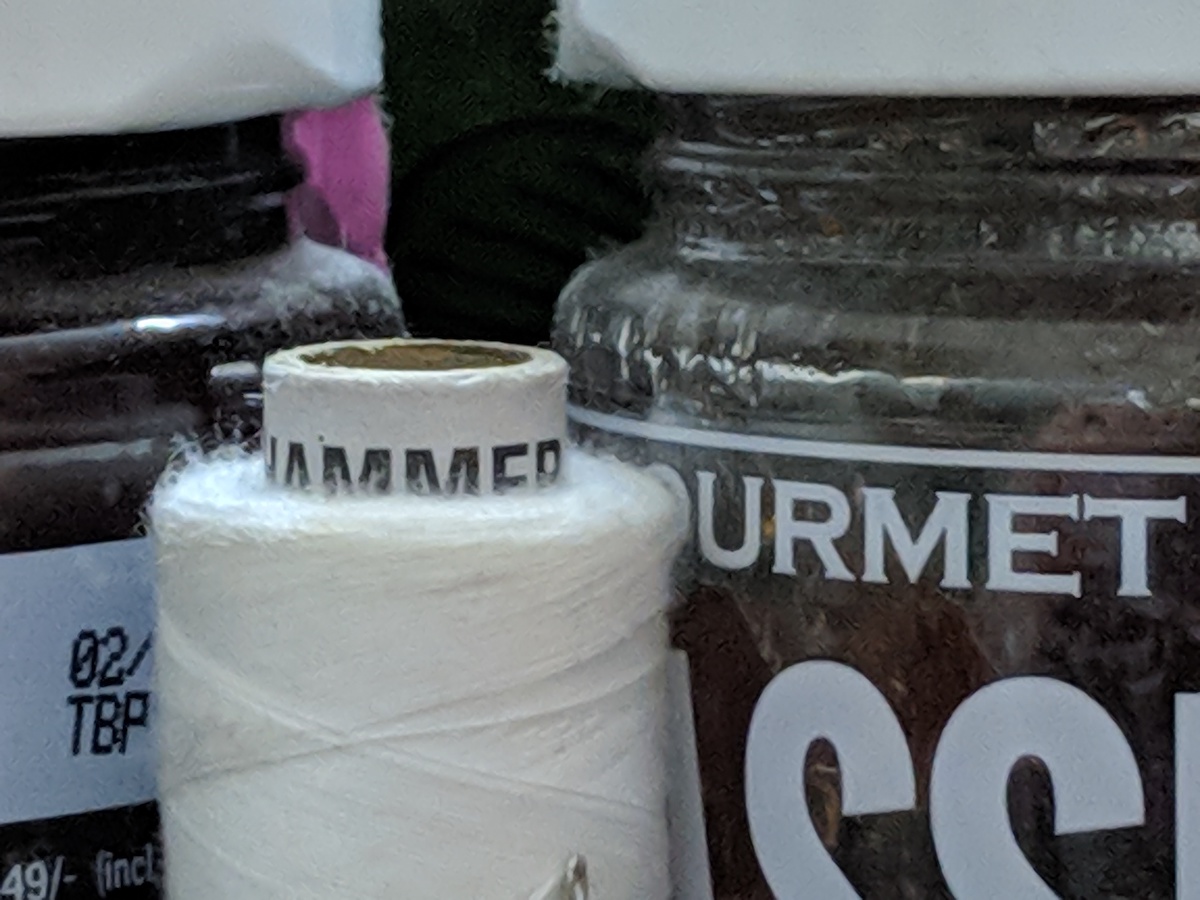 The unfortunate part of the video recording is that it tops out at 30fps at 4K but Google has introduced a fused video stabilisation for smoother, cleaner footage. Moreover, there is a Motion Focus feature that lets you tap on the subject and lock focus while shooting a video. 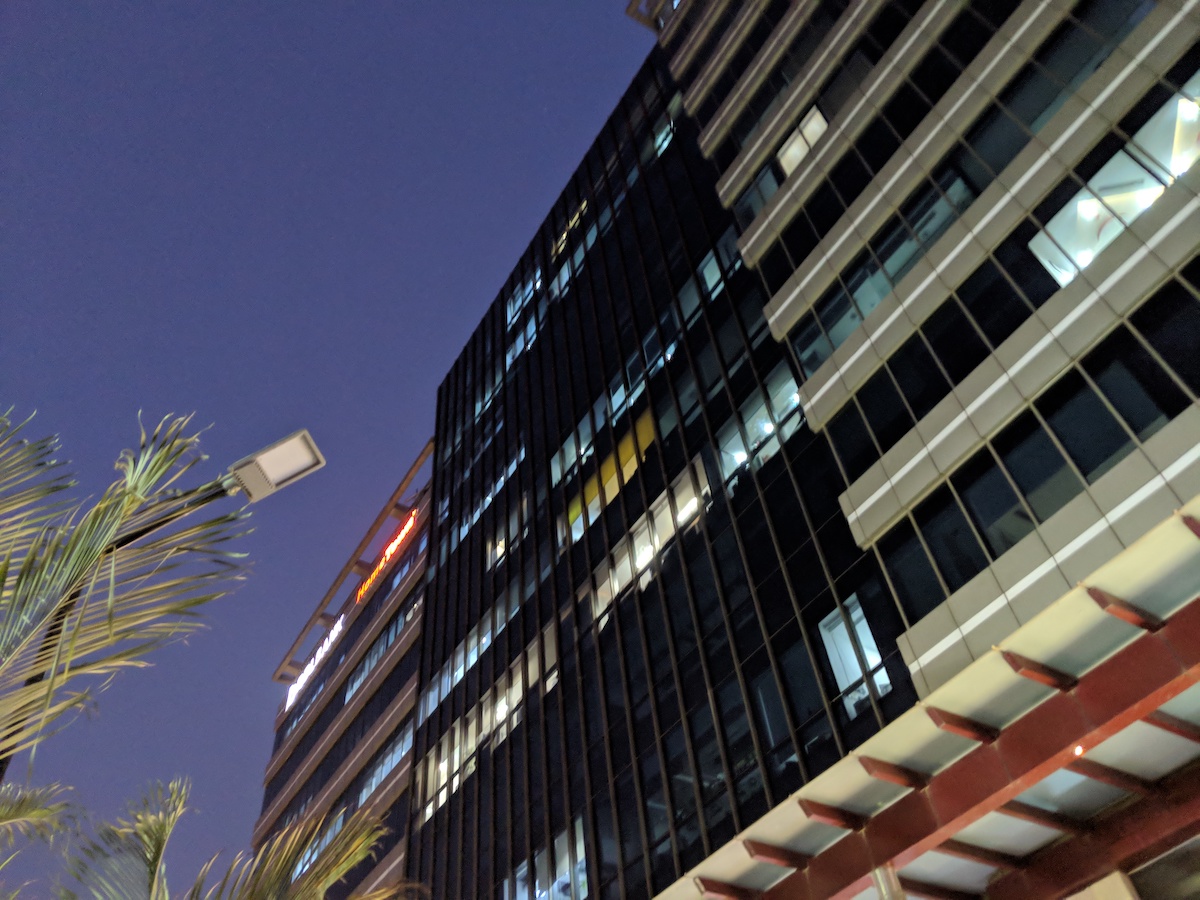 It is too soon to judge the cameras and Night Sight is not available yet on the phone, but here are a few samples for you to see. 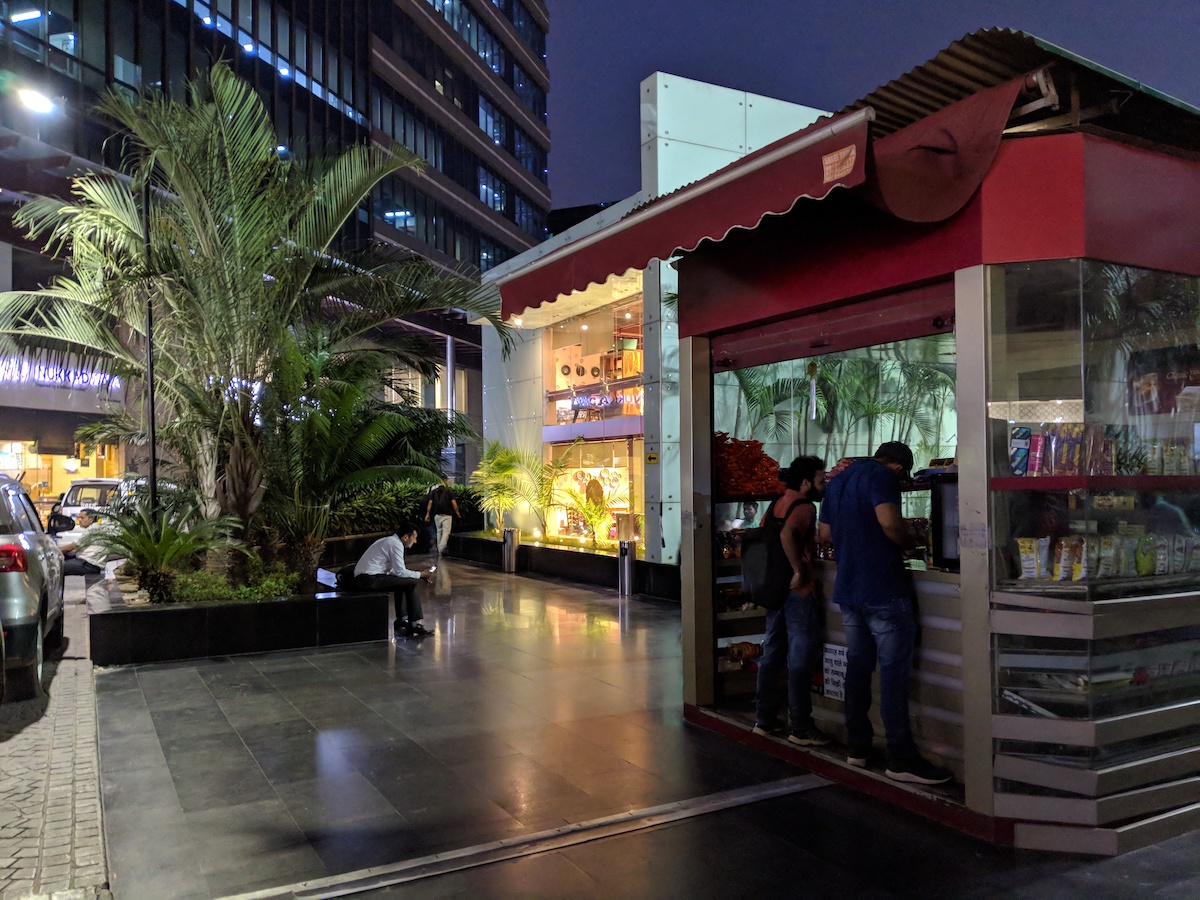 Pixel 3 XL: other hardware and accessories

Internally, the phone comes with Snapdragon 845 and 4 gigs of RAM. You also get two storage options 64GB and 128GB. I really think Google should have at least offered a 256GB variant. There’s a 3,430mAh battery with an 18W fast charger inside the box. Thanks to the glass back, you now get wireless charging support on the phones. It is compatible with Qi Wireless charging pads. 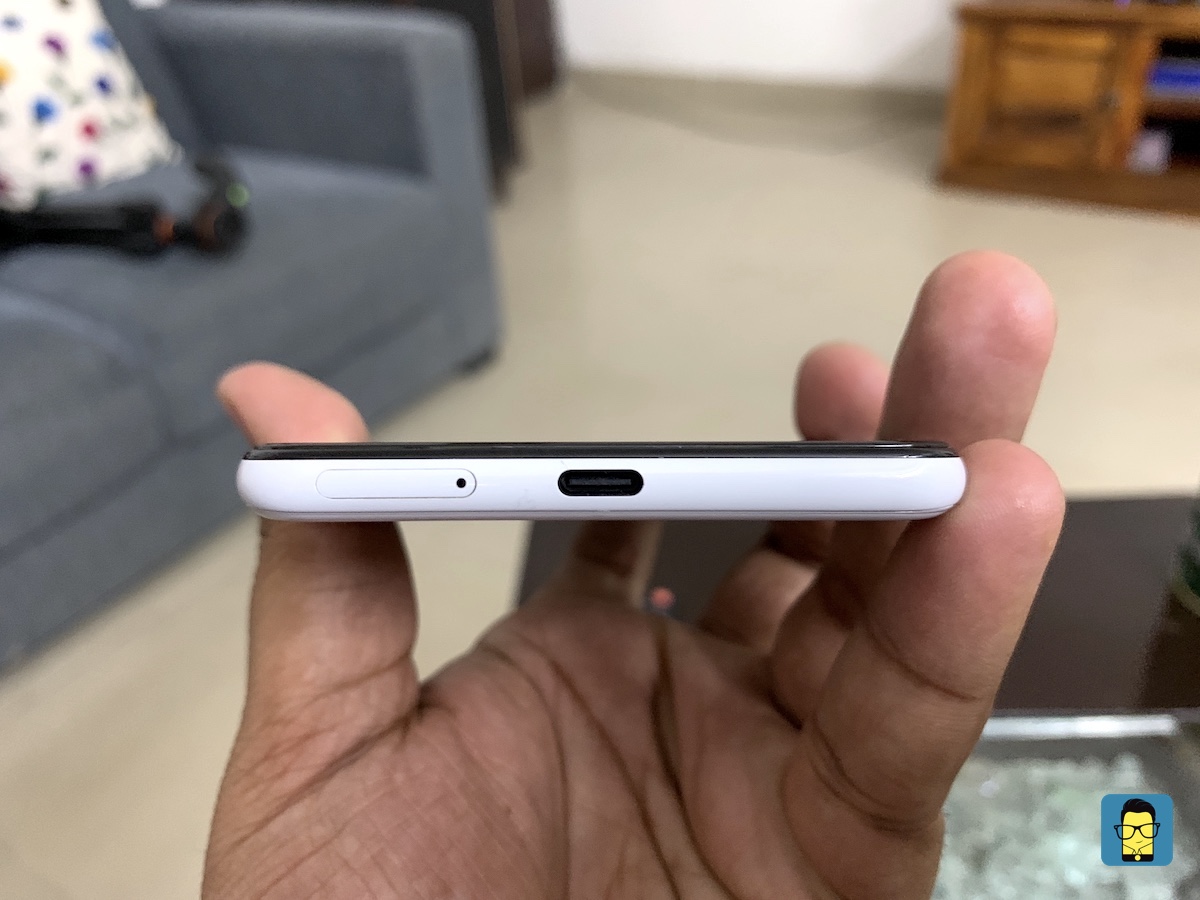 You also get a USB Type-C Pixel earbuds inside the box. These look pretty cool and support 24-bit Hi-Res audio. Moreover, the bundled 3.5mm dongle is now smaller with improved latency and 35% less power consumption. I have to say this, the best thing about the Pixel 3 XL’s hardware has to be the new and improved haptic feedback which works beautifully with the software elements like swiping up the app drawer and pulling down the notifications tab.

Closing thoughts on the Pixel 3 XL

After spending a limited amount of time with the phone, I am convinced that the Google Pixel 3 XL has a lot to offer apart from what the leaks revealed. Let’s not forget, Google is the king of software and that was going to be its major play all along. The hardware has definitely improved from last year, but I need to spend more time with it to find out if my good first impressions hold true after prolonged usage. 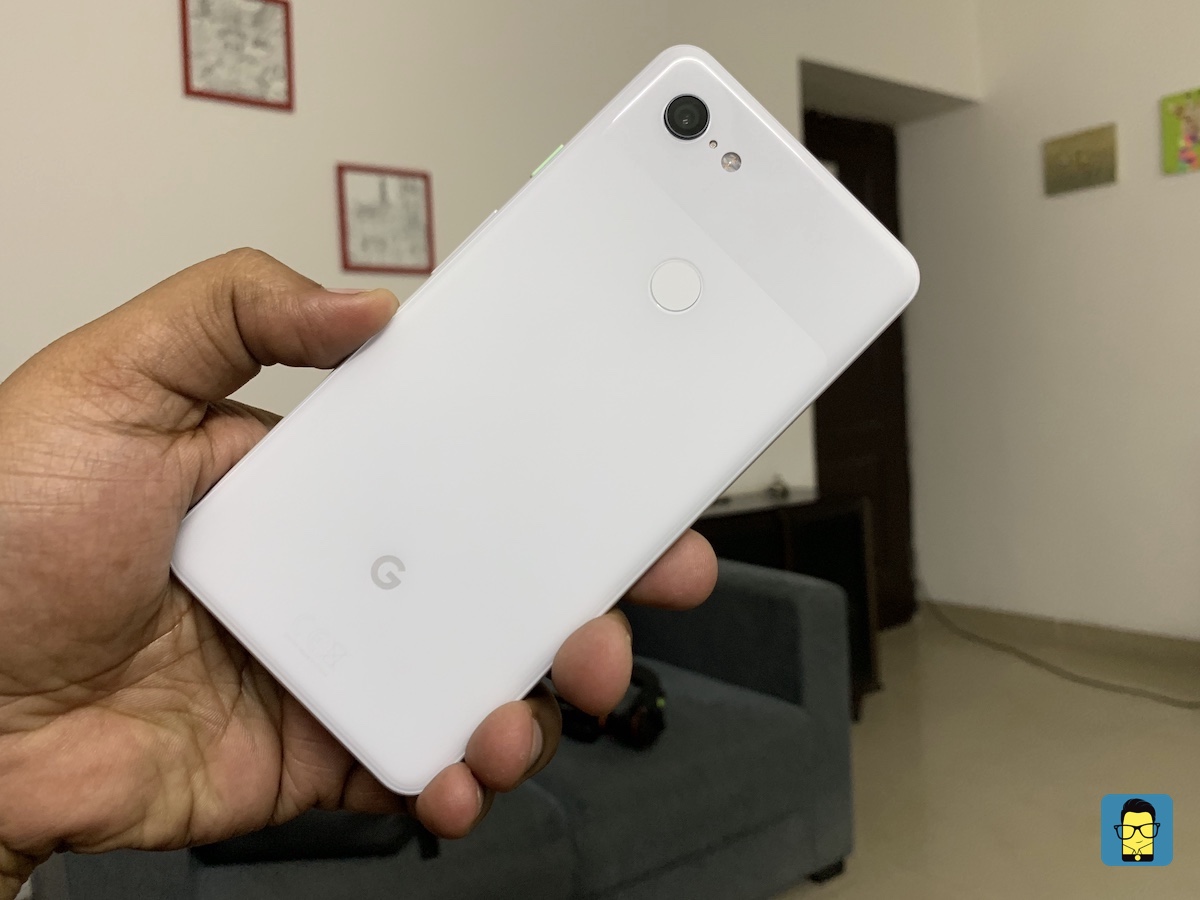 Do let us know in the comments section below, what you thought about the new Google Pixel 3 XL. And stay tuned for the full Mr. Phone review of the phone.